Saturday, nearing the end of my self-imposed Sabbath time wandering the woods, staring over the waters of the Eagle Creek Park reservoir, it was time to stop dragging my feet and settle on a Scripture for preaching the next day. I had spent hours disconnected — just what my spirit needed — but now it was time to put my renewed energy to work. I opened my Give Us This Day and skimmed recent readings, trying to remember something that had impacted me deeply. The next day, I would give a reflection to a Latino Christian church on the west side of Indianapolis to share about Indianapolis Congregation Action Network's (or IndyCAN) work for racial and economic justice, and invite church members to be more deeply involved in this movement. I had visited this congregation before and was excited to reconnect with their genuine and lively spirit.

My skimming brought me to Matthew 17 and the mustard seed. Yes … our small, individual actions in faith add up to something big. Together, with the power God has placed within us, we can move mountains. "Perfect!" I thought. I closed up shop, gave thanks to the water and sky, and headed home to get my act together. On my drive, I heard the news: white supremacists were inciting violence in Virginia. There was talk of torches and confederate flags, chants of "white lives matter." A car had plowed into counterprotesters. As I let the words soak in, I was hit by the realization that the next day, with this reality in the background, I — a white woman — would be preaching to a room of people of color.

As I began to write my reflection, this elephant in the room kept coming back to me. My whiteness represents, in a real, visual way, a heritage that has enslaved, lynched, beaten down people of color for centuries. I know that we all suffer from a hierarchy of human value that says some people are more worthy than others. I also know my whiteness puts me higher up in that hierarchy.

A recent experience underlined this reality as I joined a group of faith leaders and clergy to accompany an immigrant parishioner to traffic court. Santiago (not his real name) is undocumented, and although we knew the offense was minor and the conversation with the judge would be quick, none of us were naive about the risks for immigrants who come in contact with law enforcement today. As we waited for Santiago's case to come up before the judge, we watched several other proceedings. In a county that is 4 percent brown and 4 percent black, 4 out of 5 of the cases were people of color. Let me help you out with the math here: that's 80 percent. It was so eerie to watch systemic racism unfold before my eyes with each person who approached the bench. One young black man had gotten six traffic tickets that he had been unable to pay, which then turned into a suspended license. I thought, "I've only been pulled over once in my 30 years of life."

With images of angry torches and cold courtrooms in my mind, I stared at Matthew 17:17, reading over and over, "O faithless and perverse generation, how long will I be with you? How long will I endure you?"

I knew deeply the best I could do was to be honest. Acknowledging the domestic terror in Virginia I wrote:

As a white woman from Indiana, I know that racism has existed in my family for generations. The KKK was born in this state. I know that my grandpa used the "n" word to talk about black people, and I've heard my uncles make fun of Mexicans. Ten years ago, I advocated to build the wall at the U.S.-Mexico border. I carry this evil history, and for all of this, I ask your forgiveness. I am sorry for the pain that you have experienced as a result of the hierarchy of human value that the few rich have created to ensure their control. I am very sorry, and I promise you I will do what I can to dismantle this hierarchy and replace it with a circle of belonging.

When it came time to utter these words aloud, I paused for a long moment. My stream of consciousness ran wild: I could still back out … Maybe this wasn't the place … I hardly know these people … What will the pastor think? But before I could chicken out, a child in the congregation caught my eye. What would it mean for his future if faith leaders like me brushed this moment under the rug. Honesty won.

I went on in my reflection to share about mustard seeds — how they were actually well known by those in Jesus' time as pesky, invasive plants that took root and took over. We might call them the dandelion to the Jewish lawn. No one wanted mustard seeds. They were a nuisance. They interrupted the growth of plants the dominant culture believed to be worthwhile and to bear noteworthy fruit. And here Jesus was, with the nerve to say people should have faith like a mustard seed. Not only that, but also that these rejected seeds would move mountains, whether or not the hierarchy of human value said they could.

After my sharing, the Pastor invited community members to share a few words of reflection if they wanted. A woman stood up and described how she had felt since she watched the news about Charlottesville. "Since I saw the video," she said, "I've felt sick. I've been shaking and unable to sit still. My whole body has hurt. I've never heard a white person ask pardon for the sin of racism. This was the healing I needed." Another woman stood and said that with all the fear and criminalization of immigrants, she was beginning to believe all white people wanted them to go back where they came from; that they were not wanted here. My presence challenged that notion and gave her hope.

The tears came as I was overcome by both grief and gratitude; as people I had just met embraced me in my brokenness and spoke from the depth of their beings. The pastor asked the congregation to gather around me to pray. We formed a circle, and I was surrounded by voices pleading with God to exorcise the demons of racism from our structures, from our streets, from our hearts. There were whispers of gratitude for the invitation to be part of a new vision and prayers for strength in the midst of fear and doubt.

Before I left, we had committed to act together to dismantle the hierarchy of human value. I chatted with folks in the back of church about how to strengthen the work and next strategic steps to take as we prepared for a Families First Budget Action at the end of the month.

As I left the church and headed toward my car, the faces I'd encountered flashed through my mind. "All those mustard seeds," I thought. "Who needs an oppressive green lawn when you can have a gorgeous field of dandelions?"

[Tracey Horan is a mission novice with the Sisters of Providence of St. Mary-of-the-Woods, Indiana. Her first deep conversation with a Sister of Providence occurred in a melon patch during her time as an intern at the Sisters' White Violet Center for Eco-Justice. She hopes to channel the spirit of her heroine Dorothy Day in her new ministry as a community organizer with Indianapolis Congregation Action Network (IndyCAN).] 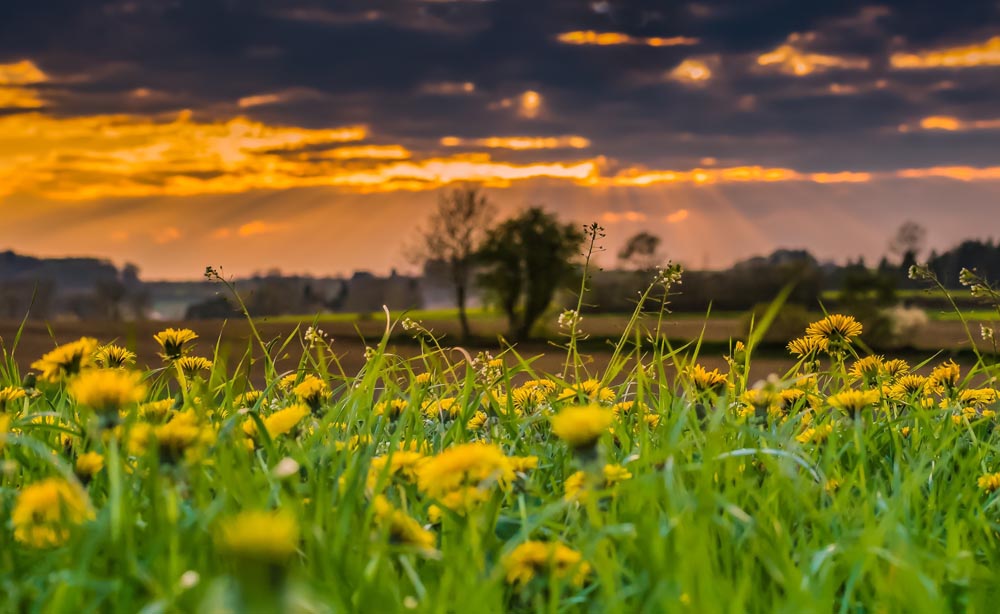