I'm what you might call a cradle Catholic. I grew up in the "Catholic ghetto" on the south side of Indianapolis. Everyone I knew, aside from a few Asians and adopted kids at my school, was white and Catholic. My senior year of high school, I experienced a significant holy disruption to the bubble of white privilege in which I lived — a holy disruption that continues to shape my journey today.

The year was 2006. My Spanish teacher Señorita Trick often encouraged us to practice speaking in Spanish by holding debates on a number of topics. When it came to discussing whether or not to build a fence along the U.S.-Mexico border, (a debate that continues in our country a decade later) I was vocal about my support for a fence that would keep out persons I saw as "lawbreakers." From what I heard on the news and from family and friends — none of whom were immigrants, by the way — all illegal immigrants were dangerous criminals. It was pretty clear to me.

The astute teacher she was, Señorita Trick assigned me to develop an argument against the border fence in our class debate. This is where holy disruption came in. Resistant and admittedly angry at first, I grudgingly did the required research. The more I learned about the lives of those who face the decision to migrate, the root causes of migration, and the way we in the U.S. contribute to those causes, the more my misconceptions about the issue became exposed and began to dissipate. Statistics and assumptions were replaced with faces and stories of real people facing real death threats, hunger and violence. What I thought I knew was turned upside-down. This was a moment of holy disruption.

This disruption in me continued as I traveled to El Paso the summer after senior year and spent time with a group of Sisters of Charity who minister at the border. As an 18-year-old, I was eager for an adventure and felt very adult traveling across the country by myself for the first time. On the first day of my encounters with undocumented immigrants living in the forgotten outskirts of the city (called colonias), my 18-year-old self wrote:

"The face of the tiny baby boy I saw today will not leave my head. Two-and-a-half months old and only 7 pounds — less than I weighed when I was born. Life is so fragile, and when diabetes, premature babies and patients with cancer are too afraid to leave their homes to get treatment, tragedies happen. I came on this trip with a vague idea that illegal immigrants are simply breaking the law . . . but now I don't know what to think. In the words of Sister Janet, "If you had the choice of looking your child in the face and telling her you couldn't feed her, or doing something about it, what would you choose?" Yeah, me too.

Fast forward to February 16, 2017. Once again, I was on a plane headed west, this time to Modesto, California, for the U.S. Regional World Meeting of Popular Movements. As an organizer of our Indiana delegation, I found myself animated and intrigued by the concept of these world meetings inaugurated by Pope Francis. Put simply, the idea was to get members of the hierarchy of the Catholic church in the same room with protagonists in grassroots movements to listen and absorb the realities marginalized peoples are facing and to provide space for dialogue and encounter.

During our day of travel, one of our delegation members asked how I was feeling about engaging in this experience. My response was a mix of emotions. I imagined that I would likely feel energized by the words and witnesses of companions in the struggle for social justice and empowerment. I looked forward to analysis and story telling on the topics of racism, migration, labor, land and lodging.

At the same time, I felt a gnawing unrest about what I perceived as the church's deafening silence in the face of the culture of fear being promulgated in our country. In my short six months as a community organizer with Indianapolis Congregation Action Network (IndyCAN), I have already felt the real tension that surfaces when people of faith are invited to build the political will for needed change in our communities. Though our global church has a rich history in this area and Pope Francis has reminded us that, "Politics, according to the social doctrine of the church, is one of the highest forms of charity, because it serves the common good," the U.S. Catholic community I know still shies away from this call. So I didn't have high hopes that the world meeting would lead to conversion and real change within our church.

Beginning with opening addresses from panelists on Thursday night, I was not disappointed by the prophetic words of protagonists in various popular movements.

Rev. Traci Blackmon, renowned and beloved executive minister of the United Church of Christ and director of UCC Justice and Witness Ministries, reminded us during the panel on racism that, "Ours is a call to community. Community does not mean sameness . . . no matter what ship you came here on, we're all in this boat together. . . . I must care as much about Standing Rock as I care about Ferguson; I must care as much about deportation as I do about education."

An undocumented woman and organizer stood boldly in front of us and revealed her immigration status. She said, "Today more than anything I come before you as a human being, as an undocumented woman without fear. We are being discriminated for the color of our skin, but our veins also run with red blood. The divine laws of God do not include walls. Don't let them label us as criminals; the only crime we have committed is to desire something better for our families."

I listened to the words of Zahra Billoo from the Council on American-Islamic Relations in San Francisco, California, as she voiced her appreciation that there was not a Muslim panel separate from the panel on migration. She noted that the anti-Muslim executive order came "two days after the immigration order in hopes that we would not stand together. . . . Our fellow Americans have been socialized to fear undocumented people, Muslims, people of color, returning citizens. . . . We need each of our bodies on the line, ready to live out our values. . . . We start with prayer, but if all we're doing is praying, we're not doing enough."

I did not feel surprised by these powerful addresses and the challenges they offered us. These words were coming from people directly impacted, who know deeply the implications of our choices to act or not to act as people of faith. It was only right that they would speak prophetically; their experiences would not allow them to do anything less.

The holy disruption in me during these days of encounter happened during the panel on work and housing. When Bishop Robert McElroy, of the San Diego diocese, took the podium, he began with a familiar frame for approaching injustice at a systemic level: see, judge, act. For me, this was nothing new.

But when he began to speak about what it means for us to act as people of faith today, there was a distinct shift in the room. The pleas for conversion I heard from outside the church suddenly became deep desires from within. Bishop McElroy declared:

With these words, the hundreds gathered erupted in a standing ovation that lasted several minutes. My eyes welled up with tears, and I felt a deep gratitude for this moment of holy disruption. "Yes," I thought, "this is who we are . . . yes, I do belong here, in this church . . . yes, this is the time for holy disruption."

In that room in Modesto, it was clear to me: However imperfect our faith traditions might be, they are calling us forward at this moment. This is a moment when any response besides holy disruption is unacceptable. This is the moment to part the waters that separate our families from freedom. This is the moment to turn tables at the sight of corruption in our temples.

In this season of Lent, I pray that we might rise from the ashes of separation and fear to create our world anew, to respond with holy disruption.

[Tracey Horan is a mission novice with the Sisters of Providence of Saint Mary-of-the-Woods, Indiana. Her first deep conversation with a Sister of Providence occurred in a melon patch during her time as an intern at the Sisters' White Violet Center for Eco-Justice. She hopes to channel the spirit of her heroine Dorothy Day in her new ministry as a community organizer with Indianapolis Congregation Action Network (IndyCAN).] 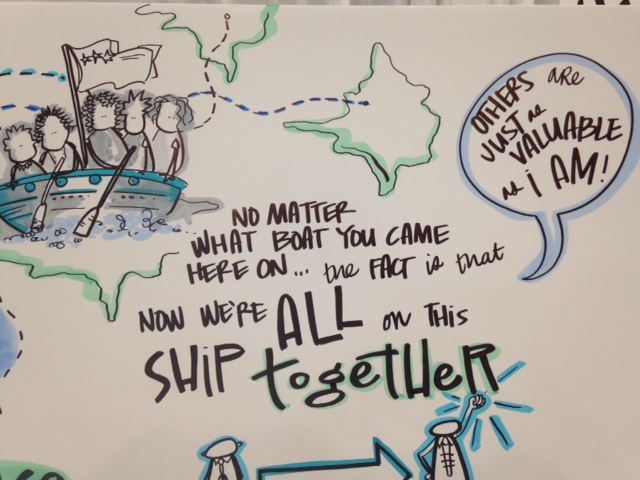 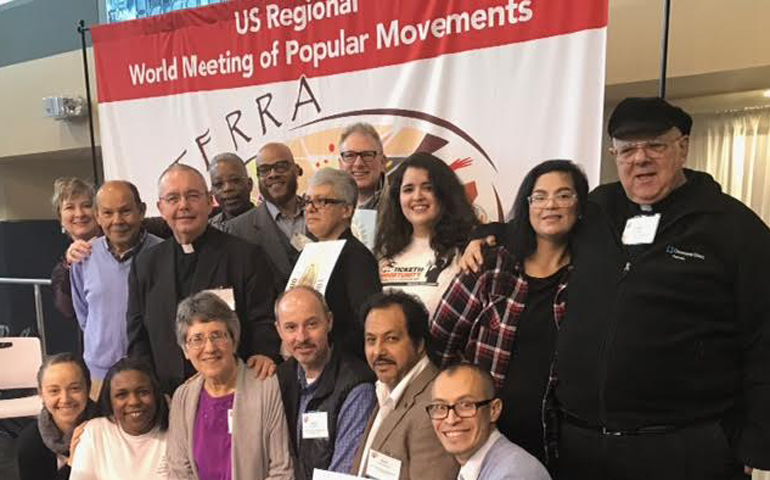 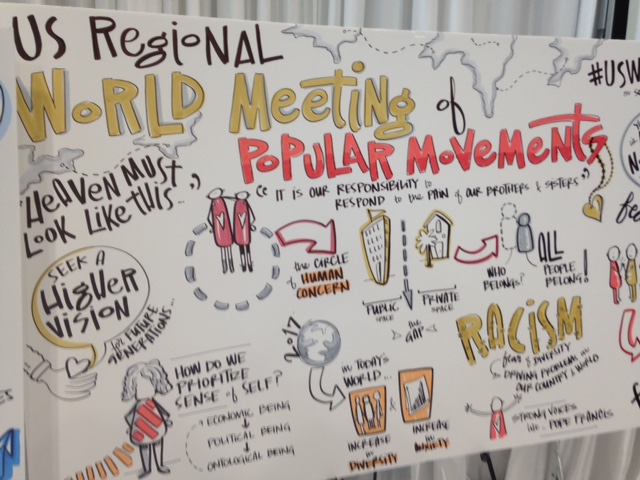