This month, I joined immigrants, workers and allies across the country for a general strike on May 1 to send the message: No one stands alone. Prior to this year, I was totally unaware of the roots of May Day, celebrated as an official holiday in scores of countries around the world. I had no idea May Day — also called International Workers' Day or Labor Day — originated right here in the U.S. Midwest.

In the 1880s, there was a nationwide campaign for the eight-hour workday, one of many gains we enjoy today thanks to the perseverance of workers' movements. On May 1, 1886, more than 40,000 workers marched up Michigan Avenue in Chicago in support of the eight-hour day. These marchers were joined by workers protesting peacefully across the country; in total, they numbered more than 300,000.

When violence between laborers and police broke out days later, eight labor organizers — only three of whom were actually present during the violence — were charged with murder. Five of them were sentenced to death. In the words of Eric Chase, writer for Industrial Workers of the World, "The entire world watched as these eight organizers were convicted, not for their actions, of which all were innocent, but for their political and social beliefs."

Monday morning, May 1, 2017, more than 100 years later, I sat in St. Patrick Catholic Church in Indianapolis, reflecting on the ways people of faith are being convicted today for the belief that their families deserve to be safe and meet their basic needs. For many immigrants, this means leaving their home countries and migrating to the U.S. For many brave workers, this means collective action for change in their workplaces.

In minutes, we would begin a unity Mass before embarking on our own march in honor of "A Day Without Immigrants and Workers" in Indianapolis. I gazed upon the cross and thought about how Jesus was convicted for putting people above the letter of the law, for challenging a status quo that valued some lives over others.

Responding to the worldly ambition of James and John, Jesus had said, "You know that those who are recognized as rulers over the Gentiles lord it over them, and their great ones make their authority over them felt. But it shall not be so among you" (Mark 10:42-43).

My eyes moved to signs in the foreground, which read, "Sin manos, no hay obra" ("Without hands, there is no work") and "Only laundry should be separated by color."

Today, we continue to be called to create this alternative reality — to build the reign of God on earth. As the power structure in our nation sends the message that black and brown bodies do not deserve the same basic dignity as whites, as families are separated through spikes in incarceration and deportation, as manual laborers among us work three jobs and continue to live in poverty, Jesus voice echoes: "It shall not be so among you."

I listened as Father Larry reiterated this alternative vision through a reflection on the Beatitudes:

Yes, he said, we who work for justice are blessed. And we are also persecuted. He described this tension between the pain and suffering that often go along with the work of upholding human dignity and the graces we receive from God in the midst of it all. It will not be easy, he said. Jesus never promised us that. But he did promise we would find blessing amid the pain.

At the last minute, I was asked to be a eucharistic minister for the Mass. I hadn't done this since I left the motherhouse nine months ago, and I was worried I might not know what to do.

Yet when I took my place in the sanctuary, my worry was overtaken by a sense of gratitude. From that spot at the front of the church, I was gifted with the view of hundreds gathered to affirm the human dignity of immigrants and workers. I couldn't help but smile as I looked to the choir and saw a young girl belting out the "Lamb of God" from a 3-foot microphone. People of all ages — some of whom had probably never set foot in a Catholic church — gathered in clumps all around in these sacred moments of reflection before collective action.

As I offered each one "la sangre de Cristo," "the blood of Christ," this sense of encounter deepened. I gazed into the eyes of undocumented immigrants with a child on their hip or pulled along by hand — a testament to the way families are impacted by a broken system. I smiled as I offered this nourishment to labor organizers I had worked with during a recent campaign in support of food service workers. People of all shapes and sizes approached the altar, some donning "INmigrante" shirts as a way to claim their identity as both immigrants and Hoosiers (residents of Indiana).

In the hours that followed, I was energized by the conviction of a diverse group who marched 3 miles downtown and back to bring this alternative reality to the streets of our city. I watched in awe as one of our Indianapolis Congregation Action Network leaders stepped up to the megaphone and shared her story of an impending Immigration Customs Enforcement check-in and what a day without her would mean for her children. I allowed myself to be blessed by the faithfulness of undocumented leaders in our community who marched despite the real fear of persecution.

By early afternoon, I made my way back to St. Patrick and began to pack up extra signs and clear off tables. I peeked into the church, where a group had been gathered in eucharistic adoration all day to support us with their prayers. A faithful few remained. I walked up the aisle to join them in silent gratitude for the gifts of the day.

After a few minutes, a woman broke the silence and began to pray aloud in Spanish, "Please God, bless all the marchers across the country today ... keep them safe ... protect them, each and every one ..." She continued for several minutes in a litany of supplication.

I joined my prayers to hers, knowing that each of us were both pained and blessed by what we had seen and heard that day.

Later that night, I heard from a local labor organizer that Alex, an immigrant worker who had marched with us, had been fired from his job as a result of his participation. Blessed by his presence, the community that marched with him was now pained by his loss.

Jesus' words echoed in my head: "Thus they persecuted the prophets who were before you."

This news reminded me that the tension of pain and blessing would continue. The community would discern together how to respond in support of Alex. In the days and weeks to come, he would encounter lots of questions and uncertainty in the face of this abrupt and real loss.

But as the faces of marchers — faith leaders, workers, immigrants, allies — flashed through my mind, I knew one thing: He would not be alone. It shall not be so among us.

[Tracey Horan is a mission novice with the Sisters of Providence of St. Mary-of-the-Woods, Indiana. Her first deep conversation with a Sister of Providence occurred in a melon patch during her time as an intern at the Sisters' White Violet Center for Eco-Justice. She hopes to channel the spirit of her heroine Dorothy Day in her new ministry as a community organizer with Indianapolis Congregation Action Network (IndyCAN).] 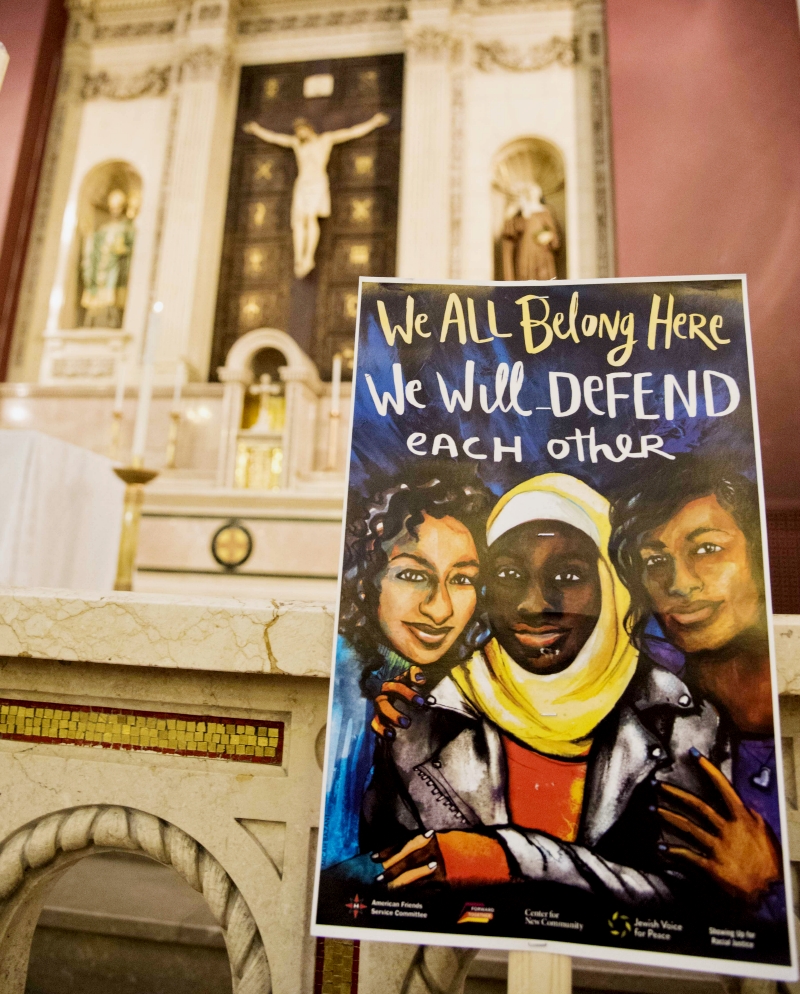 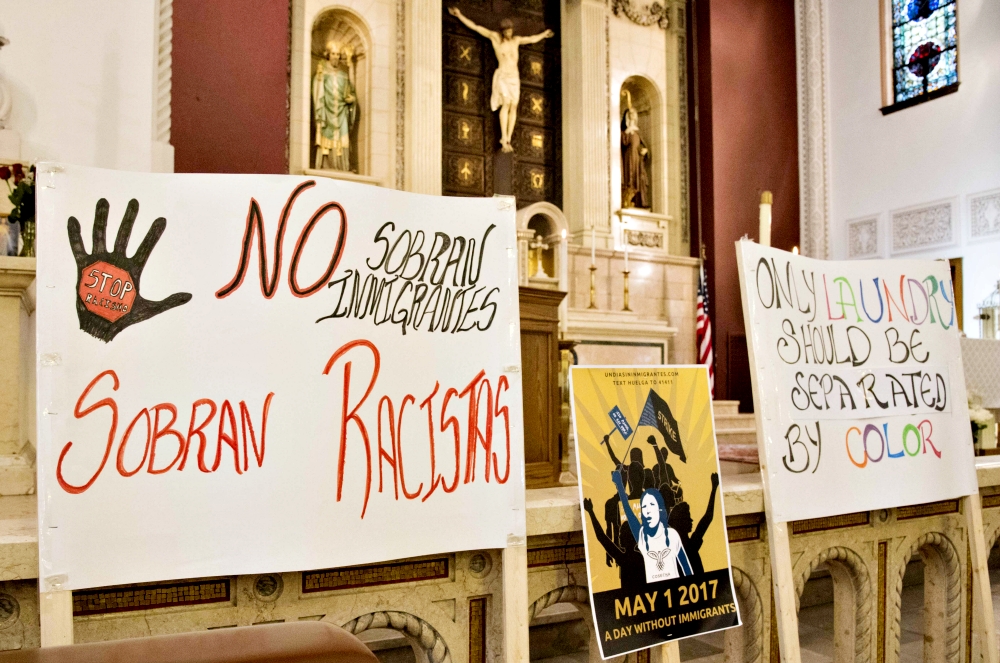 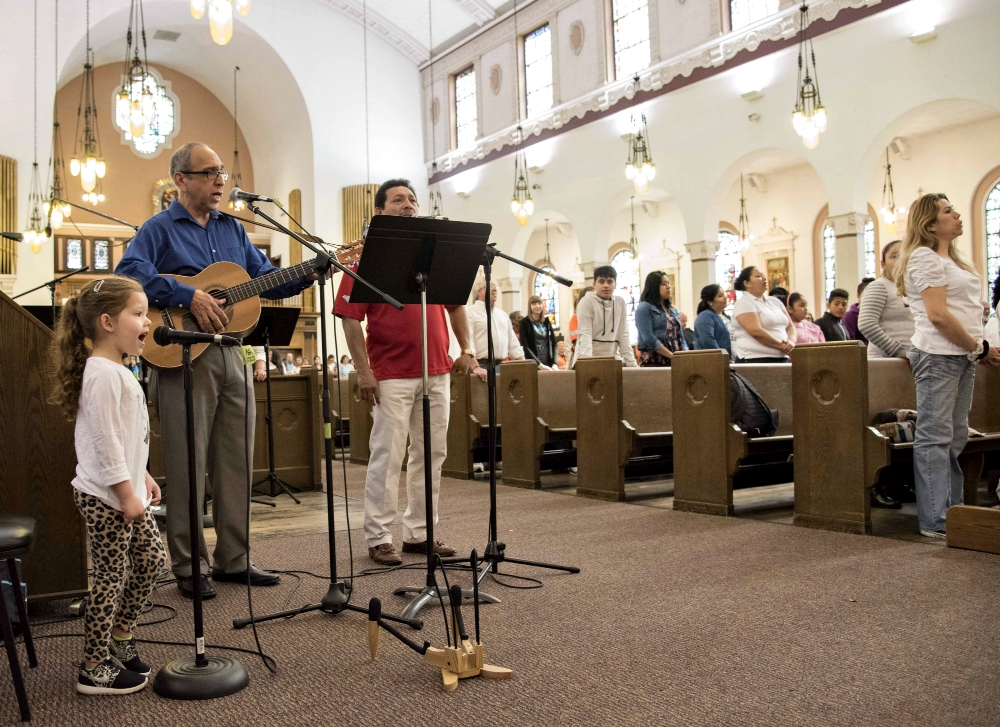 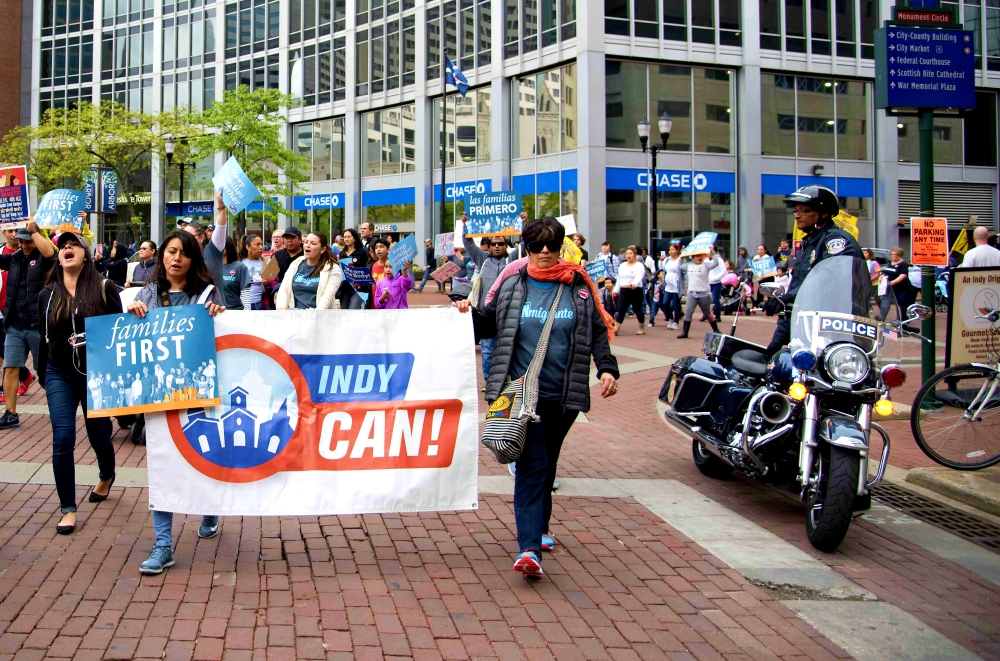 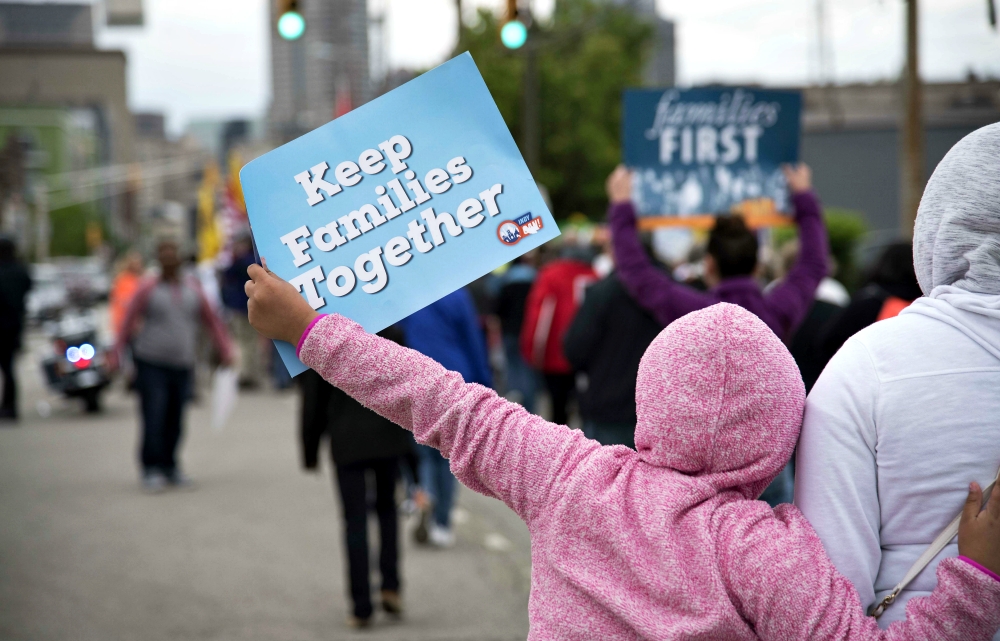 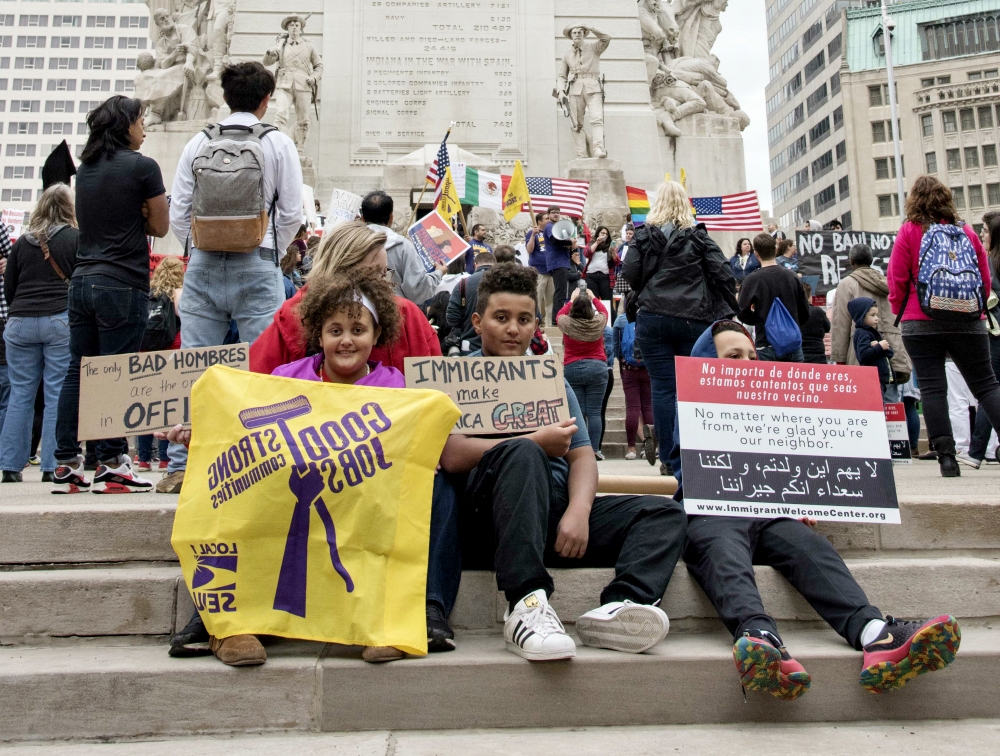