Four Advents and what seems like seven years ago, I was sitting in this very same spot: on the prayer pillow in the corner of the little house chapel, the one by the window where I can watch the sun rising over the mountains as I pray. The place is Casa Caridad, the formation house for the Sisters of Charity of Cincinnati, located in La Union, New Mexico, right outside of El Paso, Texas, and only 20 minutes from a port of entry to Mexico.

I came to live in this house in September of 2010, one month after returning from my two-year stint as a volunteer in Ecuador with Rostro de Cristo. I came as a volunteer in order to further discern a possible call to religious life that surfaced during my international experience. At the time, I knew very few sisters, and definitely none close to my age. This was a way to check it out up-close and with no strings attached.

Now, over four years later, I’m almost halfway through my apostolic novitiate year and anticipating first vows in the summer. Something told me it was time to return to this people and place that have been so central to my discernment of religious life. As I walked through the doors into the big kitchen as I did so many times during my three years living here, I felt like I was home and that little time had passed, even though it’s been a year and a half.

On the other hand, I am in a different place, and being here shows me that clearly. As I sit in the chapel, or walk down the irrigation ditches around the house, I touch into moments from my discernment that I haven’t thought about in a while. Memories flood my awareness. Sometimes a smile creeps across my face, sometimes I feel a twinge of pain, sometimes just awe at where I’ve been and where I’ve come to.

It is especially meaningful to be here during this Advent week bookended by two celebrations of our mother Mary. As I pray, I remember what stirred in my heart and mind as I read these distinctive readings in Advents past. On Monday’s feast of the Immaculate Conception, I was again drawn into the vivid images and powerful words of the Annunciation story. Even though this feast day celebrates Mary’s own conception and not that of her son, since we are looking forward to Christmas, the Annunciation story, where the birth story begins, is in mind.

Four Advents ago, I had only been stateside for a few months following a transformative two years in Ecuador. The first months here brought me healing as I processed some of what I lived in Ecuador and tried to find my way re-entering U.S. culture. At the same time, I stepped deeper into discernment of religious life. Much of what I was experiencing attracted me, but I was unsure and hesitant. I felt at home here in community and ministry, but was God really asking me to give me whole life to this? I’d dreamed of getting married since childhood; would I be asked to let go of that dream? With Mary, I wondered: “How can this be?”

December of 2011 was a tough month. Since last Advent, I began seriously dating someone who had been a fellow volunteer in Ecuador. He was in Boston, but even across the miles, it was clear that the relationship was like none I had ever had before. I fell in love with him as I fell in love with life here at Casa Caridad. Being here this week, I remember the horrible knots in my stomach as I tried to envision my future. Through spiritual direction, prayer and conversations with my community, I had decided to spend the fall in Boston so that I could spend time exploring the romantic relationship in person instead of living in a convent across the country. Well, our time together showed us that despite how much we loved and respected one another, something else was tugging at my heart. God was asking something else of me.

So that Advent was spent in darkness. I didn’t feel much but pain. I sat on that corner pillow in the chapel and cried out of the emptiness in my stomach. I felt like I had reached some clarity in my call, but it certainly didn’t feel joyful. I was so mad at God who seemingly could not care less about my sadness. I longed for Jesus’ comfort and peace, but there was just darkness. The Scripture line echoed in the pangs of hurts in my stomach: “And then the Angel left her.”

It’s amazing what can happen in a year. The following Advent found me six months into Affiliation, the first official step of formation with the Sisters of Charity. It had been a year of healing and wrestling with questions, but underneath it all, the sense of call to religious life only grew stronger. Ministering at Proyecto Santo Nino, the Sister of Charity clinic for children with special needs in Mexico, and at Sagrado Corazon, a Jesuit parish a few blocks from the downtown bridge into Mexico, I felt alive. As I lived into the journey and prepared to apply for novitiate, I felt joy unleash in my heart. I did not know what lay ahead, and all of it still felt like a mixture of challenge and gift. But I felt resolve as I considered moving forward. With Mary, I offered my surrender: “May it be done to me according to your word.”

This year, my longing feels deeper. My making space feels more expansive. As I walk down memory lane and ponder my journey of discernment this week, I can only offer gratitude for God’s faithfulness. Each Advent has stretched me and opened me more profoundly to Christ who is ever being born in our world. I am now looking ahead to professing first vows in June, God-willing. As I prepare for that further step of commitment, I sense that I have discovered a treasure in the religious life. I am flooded with energy and dreams as I consider the radical, collaborative future that is unfolding, inspired by the witness of those gone before and always driven by the Gospel.

This Advent, I am fascinated by God’s possibility. In moments of quiet prayer, I sense God’s invitation to openness. We must make space, watch, and listen. And God is and will be born among us. The Angel Gabriel’s words to Mary about her cousin Elizabeth delight me and enflame wonder in my heart: “This is the sixth month for her who was called barren; for nothing will be impossible with God.” Our God drums up new possibilities in places that we might never consider to look. I am poised and vigilant as I muse, “What new life is our God of surprises growing this Advent?”

We hear the Annunciation story from Luke, Chapter 1, again this morning as we celebrate the feast of Our Lady of Guadalupe. As I think over my three Advents here at the border and re-encounter people and places, there are many things that haven’t changed. The most striking is the poverty and violence that many of my beloved friends here continue to face every day. Returning to Proyecto Santo Niño in Mexico this week was joyful but heartbreaking. Their stories of suffering tell us that Our Lady of Guadalupe’s message of hope and justice for the oppressed is needed now more than ever. As I make space to hear the voice of God whispering in my own heart this Advent, I am reminded that just as integral to my faith is opening my ears and heart evermore to the cry of the poor.

Mother Mary, as we journey this Advent, give us your willing spirit and your total commitment. Our Lady of Guadalupe, give us listening Advent hearts that we may hear God’s call within us and in the voices of the oppressed who cry for justice.

[S. Tracy Kemme is a novice with the Sisters of Charity of Cincinnati. Author of the blog, Diary of a Sister-in-Training, Tracy is excited about the future of religious life! She has a background in Hispanic ministry, having served both in Ecuador and at the U.S.-Mexico border prior to novitiate.] 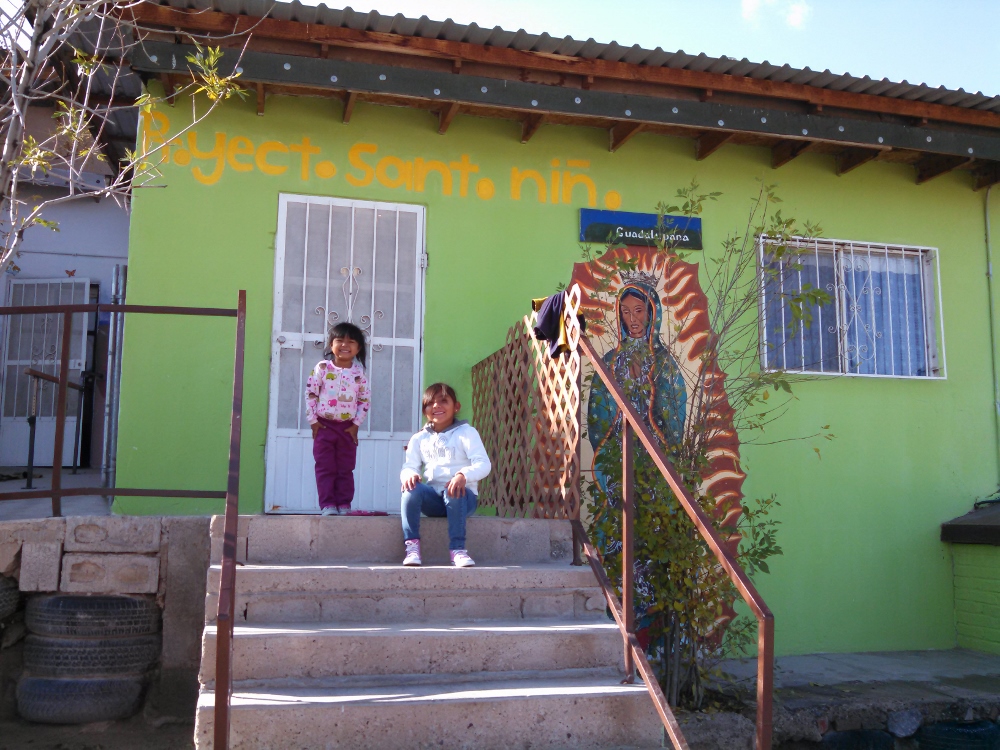 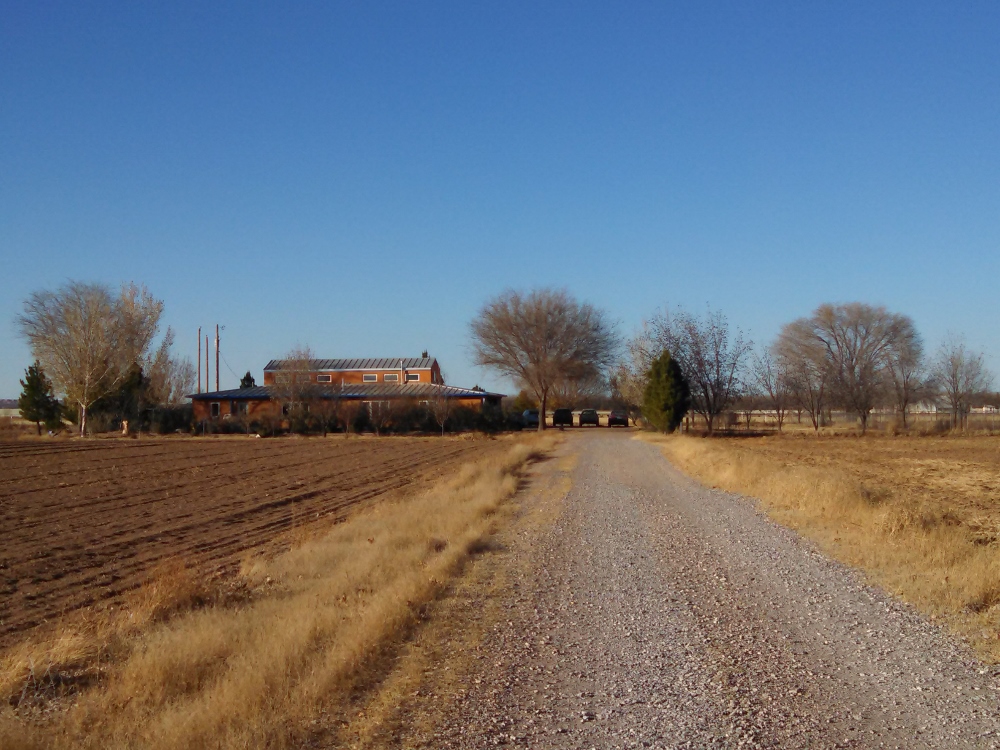 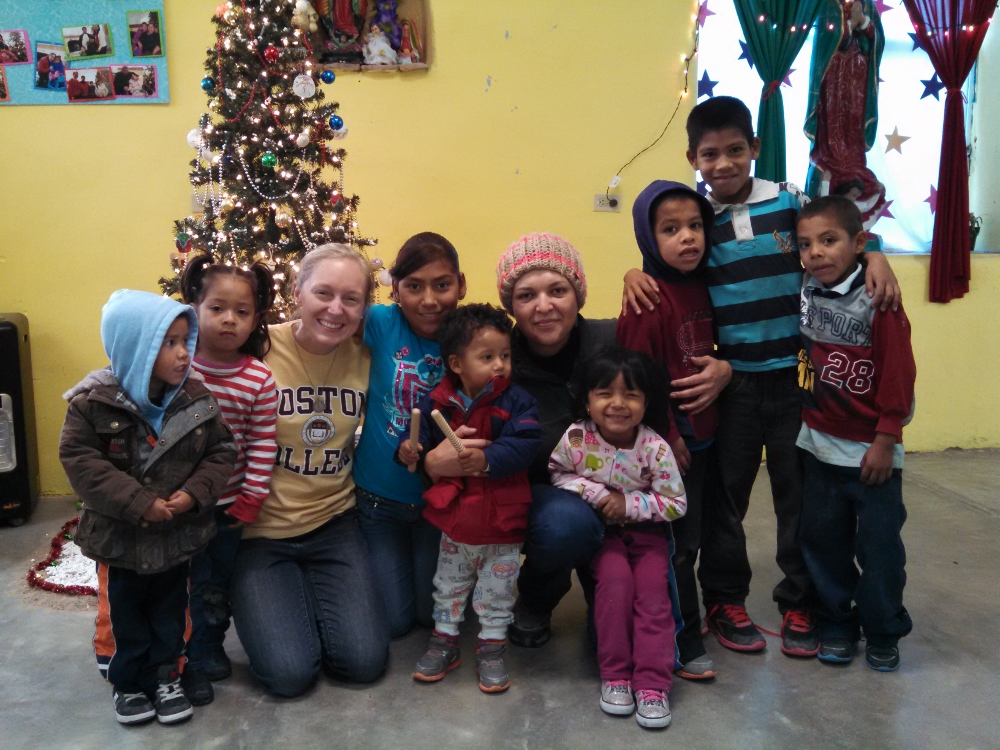 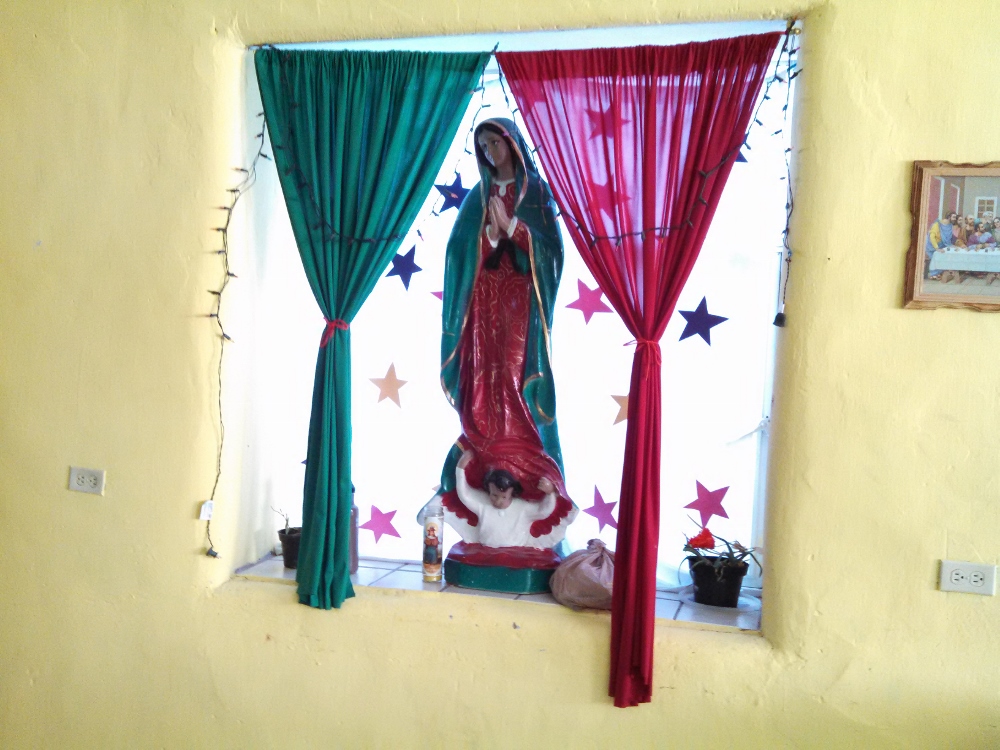 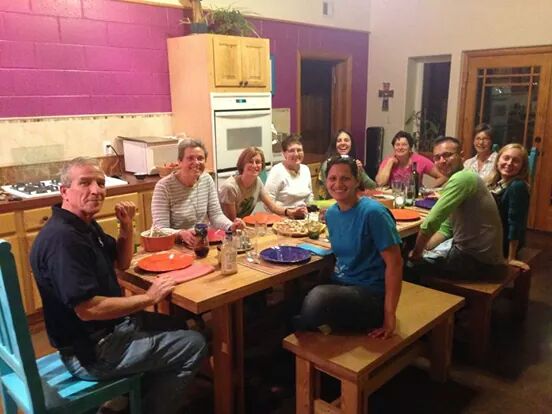