We Sisters of Charity who live at the U.S.-Mexico border are in a holding pattern, ready and waiting for the next planes to arrive with immigrant families who have been detained in south Texas. The national news has latched onto the protests in one California town against busloads of immigrant families arriving for processing by Customs and Border Protection and Immigration and Customs Enforcement.

Less attention has been focused on the generous outpouring of humanitarian assistance by people of faith in other communities. Bishops from Brownsville to Tucson have taken advocacy for comprehensive immigration reform to new levels, speaking on national news and in congressional hearings about the surge of Central American families and unaccompanied minors at the southern border.

The initial rush to set up temporary shelters in El Paso required the mobilization of volunteers and establishment of procedures for everything from the clothing bank to transportation. Nobody knew when planes would arrive or how long the processing would take. When the vans began depositing people at the shelter, all of the gathered resources and best efforts to organize the response seemed inadequate to the magnitude of the needs. After the first wave there were more strategizing sessions and volunteer trainings. Additional sites for shelter were identified and support was given to get them organized.

The Sisters of Loretto offered an empty wing of a nursing care facility, Nazareth Hall, which became the main shelter for Annunciation House. Cots were taken apart from the previous site, a Methodist community center, and reassembled at Nazareth. Computers and cell phones were staffed by special bilingual volunteers to contact relatives of the new arrivals, even before food and a shower, in order to arrange transportation by bus or plane as soon as possible. The length of stay in the shelter for most families was less than 48 hours.

Many of the guests had little understanding of where they actually were in the U.S. in relation to where their family members resided. Travel by bus was particularly complicated, and the volunteers did their best to make sure that the travelers understood where they would need to make transfers and how they could connect with family once they arrived at the final destination. Care packages for the long journeys, often two to three days, provided food, toiletries and occasionally some coloring books and crayons for the children.

One evening when Nazareth Hall was at capacity, the mission center of the Columban priests was notified that accommodations might be needed for 38 new arrivals. Fr. Bill Morton called our local community just before supper to ask if we could be available to help. We quickly gathered some supplies and decided who would go for groceries and who would be able to spend the night with the guests. Two hours later we received word that the people had not been processed so no shelter was needed that night. Over the next day the mission center was readied for the impending arrivals. We were prepared . . . or so we thought.

During that week planes arrived every day. Processing by immigration authorities took longer than expected, but finally the first ICE vans appeared at the Columban Mission Center. The group of 38 was entirely just mothers and children. Some needed medical attention. The heat of El Paso in midsummer drained everyone’s energy, but more exhausting was the sense of urgency to move those families on to make room for the next ones. The last five families departed three days after arriving. There was a request to receive additional guests immediately, but the center had to be cleaned and re-stocked with supplies.

“Give us at least 24 hours to get ready again.” Additional volunteers were recruited – even sisters from other parts of the country – and strategies were developed to improve operations for the next arrivals.

The Fourth of July holiday was celebrated by welcoming a group of 20 mothers and children from Honduras, Guatemala and El Salvador to the mission center. Everything flowed more smoothly, having learned some valuable lessons from the first experience. There was even time just to listen to the stories, to hear about the journeys and the conditions that made them necessary. Some were fearful of the travel to come. Some were anxious to reconnect with family members and others anxious about how they would be received by relatives they hardly knew. Sr. Jean asked one woman how she was feeling after a good night’s rest. With a smile the woman gave her one-word answer: “Libre!” (Free!)

By the sixth of July the center was empty again. On the seventh day there was no rest, as beds were stripped, sheets and towels washed, bathrooms cleaned. Nazareth Hall, St. Ignatius parish’s retreat center and the community center of the cathedral parish in Las Cruces, N.M., were also empty and clean. Volunteers were called and shifts assigned.

Then came the word that the plane scheduled to arrive the day before had been canceled, and apparently no further flights will arrive this week. No explanation has been given.

We can only speculate that maybe the large family detention camps being prepared in places like Artesia, N.M., at a border patrol training facility are almost ready. What will happen in those places is a mystery and a concern. With the pressure to detain and deport as quickly as possible, we wonder if the detention camps will contain immigration courts so that the families will be processed, tried and immediately returned to their countries of origin, sending the word that coming north is truly not worth the effort, no matter how desperate the situation.

Meanwhile, Sisters of Mercy, Sisters of St. Joseph, Daughters of Charity and others from around the country have made plans to come and volunteer. But for now we are all in a holding pattern.

Read about the sisters' work to provide for immigrants during June: We mobilized to meet their needs 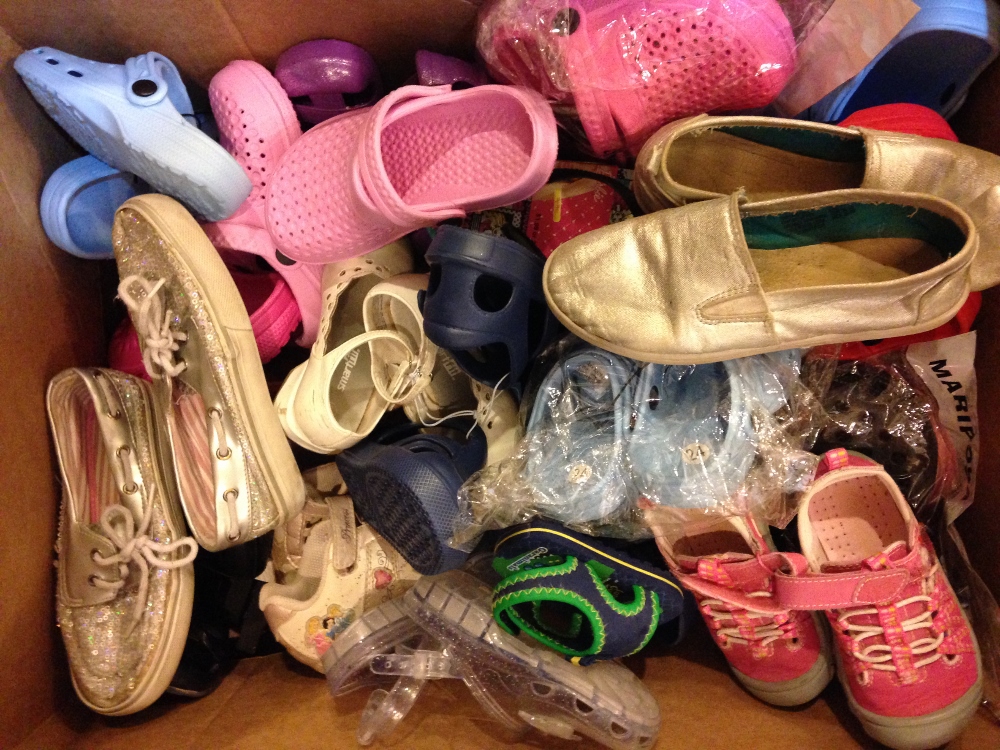 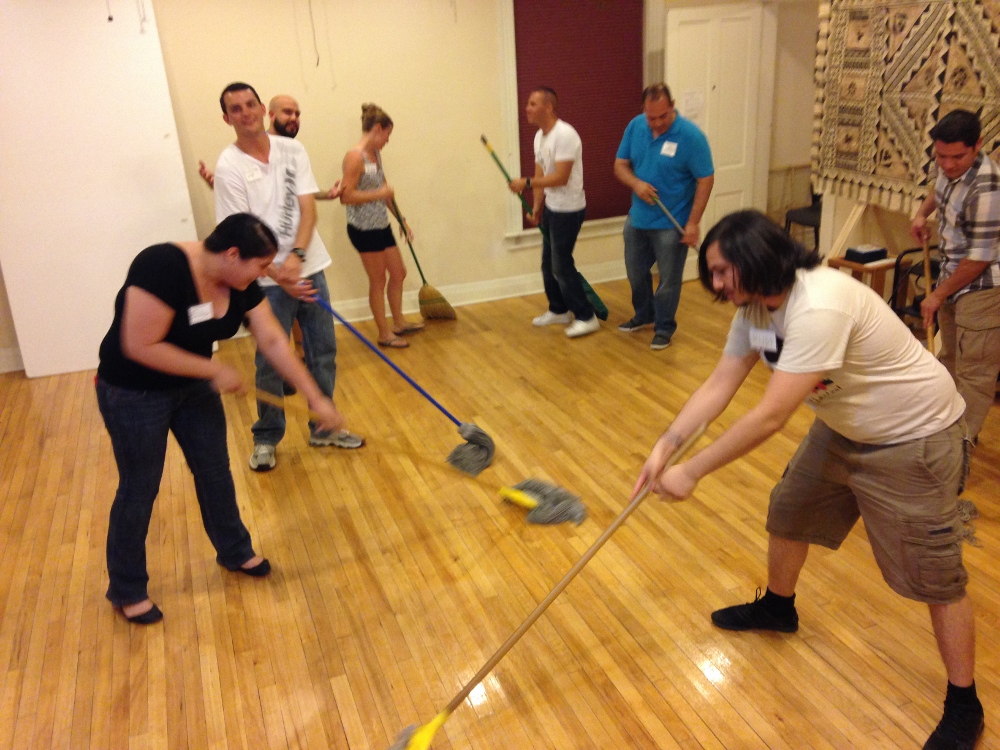 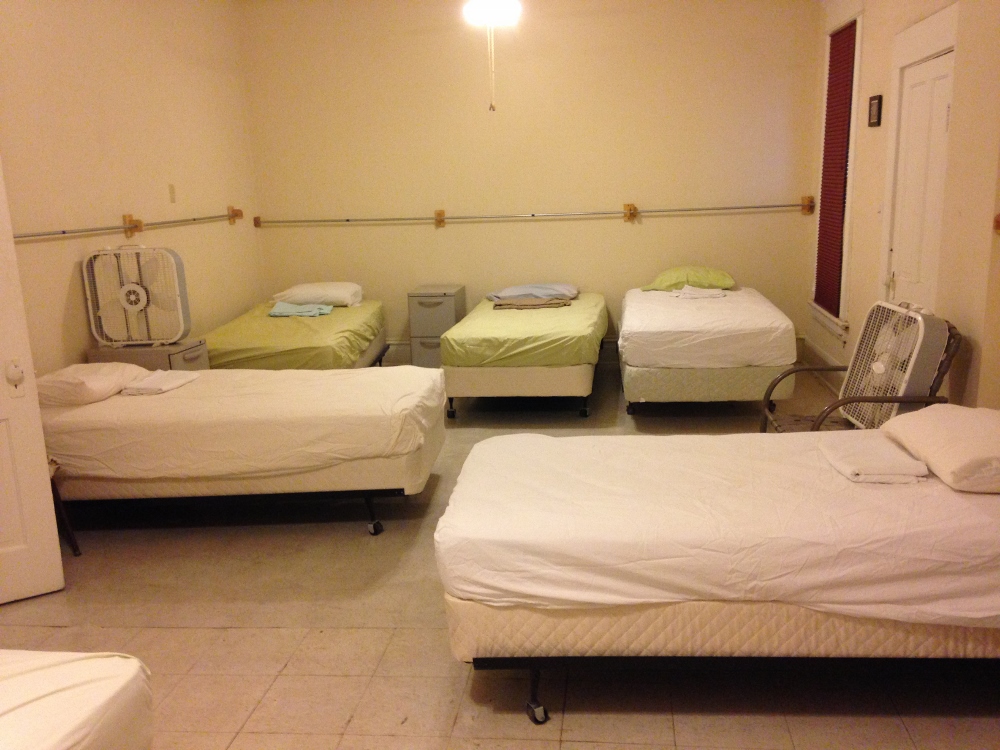