Skip to main content
This story appears in the Pilgrimage to Honduras feature series. View the full series.

Editor's note: From March 18 to 25, an interfaith group of about 75 people, including two dozen women religious, traveled to Honduras in a "reverse caravan" to see for themselves why tens of thousands of people have fled for their lives. Global Sisters Report is featuring columns from sisters who were part of the People of Faith Root Causes Delegation, which was sponsored by the Leadership Conference of Women Religious, SHARE El Salvador (Salvadoran Humanitarian Aid, Research and Education Foundation), the Sisters of Mercy of the Americas and the Interfaith Movement for Human Integrity. Read all of the columns.

You have read about the "reverse caravan" to Honduras — see the editor's note above! We called it a reverse caravan when the 70-plus faith leaders from 14 states travelled to Honduras last month to investigate the root causes of migration. But I started reflecting on that term.

It seemed an apt name at the time, with "caravans" in the news on a regular basis. Now as I write about it, it seems less apt since the only thing we had in common with those groups traveling north was that we travelled together with a shared purpose and we travelled the same route — in the opposite direction.

Some of the differences in our groups include the facts that our travel wasn't forced, wasn't on foot, bus or train as we headed south. We knew we'd be accepted as welcome visitors when we met immigration officers, and we knew we'd be travelling home soon with our pre-purchased air tickets.

My group stayed in an urban area where we were able to visit a women's group with 16 areas throughout the country. These women document abuses against women and the impunity that accompanies the crimes. We heard of rapes, disappearances, domestic abuse, threats against human rights workers and murders of women working to defend the environment. The word "femicide" was used as commonly as we use "feminism." (Though I notice that my computer underlines "femicide" in red, indicating that it is not accepted as a "real" word by the spell check …)

We also visited a school (pre-school to high school) where I asked in each classroom that I entered whether anyone had any family members who had to migrate. All but one or two hands went up in each room.

Visiting three small communities with 30 to 40 families in each group, we heard from the people how they had been displaced and were currently under threat of yet another displacement. All were poor working families paying rent but facing the possibility of losing their modest shelters: although one community had land gifted by its owner, they had no documents to prove that gift.

Another community, having been relocated to the river banks, is currently being threatened with removal because a parking area is needed for a nearby condominium.

In the third community, a young mother told how police and paramilitary had come to put them out of their homes violently. After her daughter's face was cut during the process, she went to one of the community's exit areas and found machinery ready to destroy their homes. She climbed on the machine with her young children. She told us that she had never done anything like that before. When the press began to focus on her action, they gave her the opportunity of addressing the country's president, Juan Orlando Hernández. She asked him, "What do you want us to do? Where do you want us to go? Must we too leave with the caravans?"

All those with whom we spoke recognized the dangers involved in migrating. None of them really wanted to leave their country. Many of them felt they had no other choice. Yes, they said they wanted a better way to live, but if we listened more deeply to what was really being said, they simply wanted to live. The possible risks they face in migrating are small compared to the actual abuses they experience on a regular basis.

President Donald Trump's plan to send back more asylum seekers is not a solution to the problems that exist in the "northern triangle," nor is sending funds that are meant to decrease violence. Those funds often contribute to strengthening police and military presence. Guns at times are shared with the gangs and paramilitary, which, in turn, causes the violence that leads so many to flee. Those who arrive asking for asylum here in the U.S. rarely qualify because they don't have documentation of the events necessitating their request. Most do not report crimes to the police because they don't trust the police. Police/militia collaborate with a government that is believed to be fraudulently elected.

The increase in migration of women and children from Honduras is due to a failed state where people leave to seek a life free from violence and threats, and to find health, employment and respect for human rights. U.S. policy and foreign capital contributes to migration through the negative impact it has on the populace. Our likely involvement in the 2009 coup that has destabilized the country, U.S. recognition of a government not accepted by the people, and the systematic extraction of natural resources by multinational corporations all contribute to the increase in migration out of the country.

Our "Root Causes Delegation" envisions a world where migration is not forced, or criminalized, but is rather understood as a choice for self-determination and survival. What I experienced in our "reverse caravan" raises many questions for me on a world level:

Perhaps there's nothing new in these questions, but unless we truly grapple with them we'll continue to see caravans of immigrants throughout the planet — and soon, possibly beyond...?

[Mary Ellen Brody is a member of the Institute of the Sisters of Mercy of the Americas living in Dallas, Pennsylvania. In addition to formal studies, her learning has come through involvement with vulnerable populations: abused and neglected children, homeless men, women and children, immigrants, and people in physical, emotional, mental or spiritual pain. Her extensive ministry opportunities have been in Pennsylvania, San Francisco, St. Louis, McAllen and Laredo, Texas, and Guyana and Honduras. Currently she companions others on their spiritual journeys, after her own life experiences in social work, human service administration, pastoral care, massage therapy and energy work.] 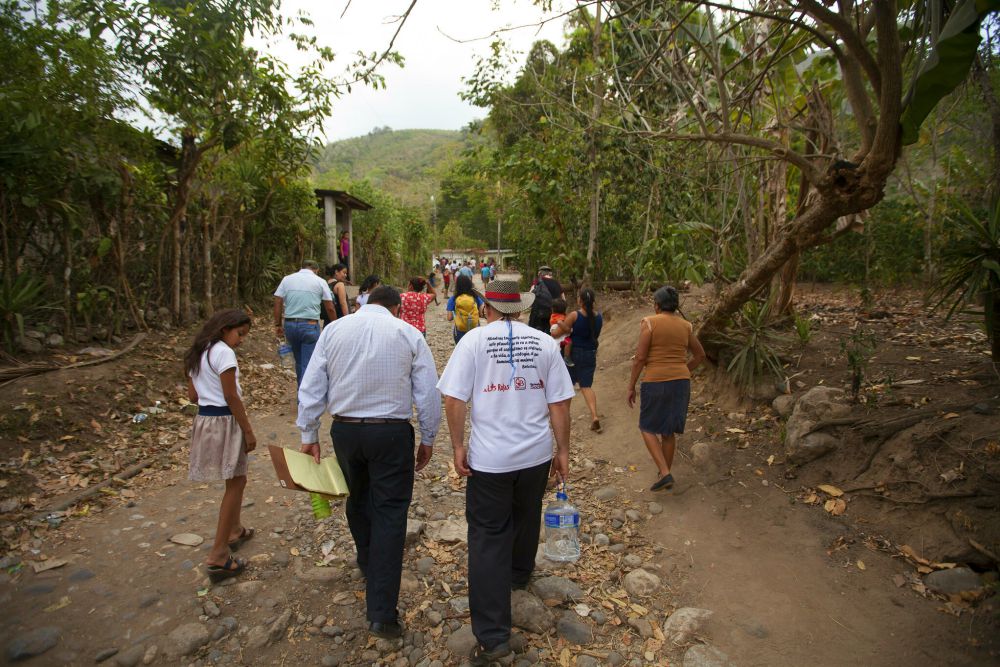 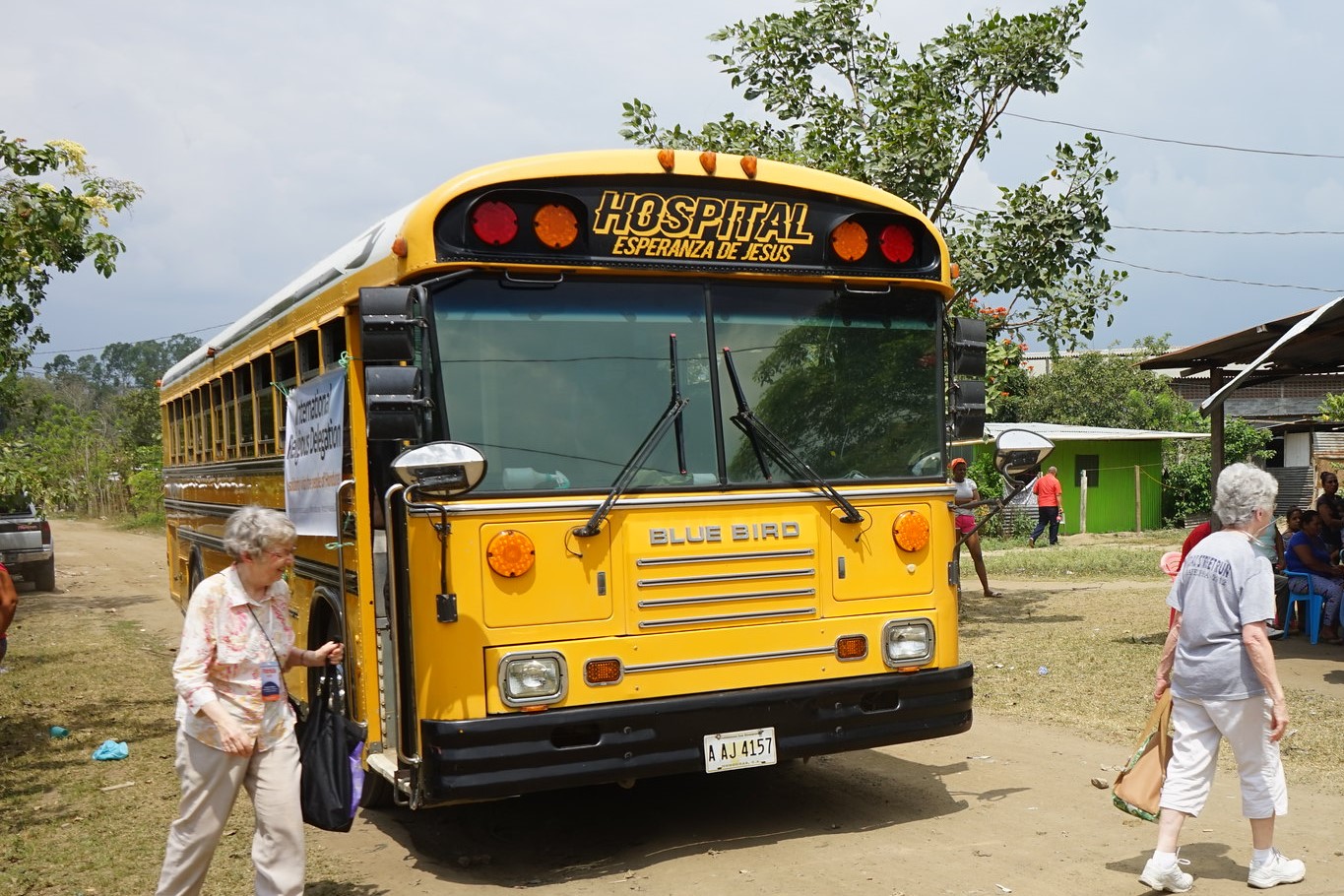