Recently I had the joy of attending the 10-year anniversary celebration of Downs & West Community Support (DWCS), a ministry of the Sisters of Charity Community Care Australia. It began through the vision and initiative of Charity Sr. Christine Henry.

As a woman from the countryside of Queensland, she recognized the need to support farmers struggling to survive the extremes of climate change, which were taking a toll on their livelihoods and families.

Unlike Christine, I was a city girl but delighted in classical Australian bush poems, such as "The Man from Snowy Mountain" by Banjo Patterson, "Bell Birds" by Henry Kendall and "My Country" by Dorothea Mackellar. ("The bush" in Australia means anywhere outside urban areas — grasslands, farm land, forests.)

As a young sister, I was able to spend many summer holidays exploring bush trails all day in the Victorian countryside, where I listened to the tiny bellbirds. I watched the male Australian lyrebird display his glorious tail for the female, dancing and singing his song that mimics other bush birds.

I have also ministered in vast semi-rural parishes, watching for kangaroos, koalas or wombats on the road. Though I never lived on one, I have visited sheep and cattle farms. One only has to go short distances in Australia to see vineyards and extensive sugar, fruit and vegetable farms.

So, like many Australians, I have a fascination for the bush and the outback. ("The outback" refers to the remote, often arid, vast interior of Australia, usually more remote than "the bush.") In the outback, there may be no local shops or major towns for hundreds of miles. Food supplies are dropped by plane every few weeks, and there is the Royal Flying Doctor Service to provide "health care and 24-hour emergency service to people over an area of 7.69 million square kilometres," according to their website.

Schools are few and far away. Many children in rural and remote areas receive online education through distance education, which offers  services to home-based learners from the very young to the late teenage years. Children use mailed material, online resources, telephone and video conferences, "Schooling on the Air" lessons, and email.

The countryside is never far from Australians' hearts, and when destructive climatic conditions impact rural and remote families, the plight of farmers concerns us.

March 2007 was the height of the worst drought for 100 years. The district of Allora, where Christine had grown up, and many other regions across Queensland, had not received good rain for 16 years. Underground water and rivers were drying up. Desperate farmers were buying water at the cost of almost $1,000 per 1 million liters, to sustain their crops in the hope that the rains would come.

The Darling Downs, once known as the most fertile land in Australia, was parched and barren. To make matters worse, in spite of our strict quarantine policies, equine influenza had broken out in southern Queensland, locking down some towns for weeks on end. Horses that had not been exposed to the virus and not vaccinated were susceptible to the disease.

Farmers, under severe psychological stress from coping with poor crops and loss of livestock, postponed making decisions, impacting their ability to keep their property and maintain their families. Disbelief, despair and depression were widespread. Some farmers took their own lives.

Many rural families questioned the wisdom of staying on the land with little or no prospect of good rain in the foreseeable future. In southwest Queensland, 25 percent of farming families were facing the prospect of a future life without farming.

In 2007, I had the privilege of travelling to the outback with Christine, for four days, on the initial trip when she began making connections with people and assessing needs. As we drove along, it was heartbreaking to see sheep and cattle struggling to survive on the brown grass, eroded land and dried-up streams. We wondered how the farmers could survive the devastation.

Christine noted the high incidence of depression, suicide, spiralling financial debts, loss of farms, increased isolation of people, family break-ups, increased work hours and increased unemployment. She realised that one way to help farmers might be to bring city and country people closer together, and to ask city people to help farmers — so vital to our existence in this land of droughts, fires and floods. Fortunately she had the ability to network and collaborate with other groups who could assist rural families.

Thus began the DWCS ministry through which urban people might help their struggling farmers on the Downs and to the west of Brisbane. City businesses, community groups and a number of schools were eager to help in any way they could, and DWCS was the link through which they could do this. Besides donations of goods and money, generous volunteers came on board. To date, DWCS has recorded thousands of volunteer hours.

As well as giving practical support, Christine and her volunteers offer friendship, a listening ear, emotional support, encouragement and spiritual care for rural people suffering the effects of drought and flood. They have visited the sick, provided food and have also provided education and coastal holidays for country children.

A popular program which DWCS developed is the "Wellness Day" for country women. These are offered at no cost to participants, and the women — who often live in isolation — love to come together to enjoy each other's company.

On these days, they participate in a variety of educational sessions focusing on family budgets, sustainability and coping with change. They have an opportunity to see a doctor, a psychologist and a diabetic consultant, and they are offered a variety of relaxation therapies, as well as sessions on health and the importance of self-care. They enjoy delicious morning tea and lunch, then return home with gift packs and family hampers (baskets of food and other things).

Farmers are so grateful for the assistance DWCS have offered them. One said, "Thank you to the Angels of Charity who came calling before Christmas and left a hamper at our door." Another commented, "Thank you for your kindness to me and my family during this tough time, mentally, physically, financially, emotionally. You listen and encourage, never judge."

I am so proud of Christine and delighted to know that the DWCS ministry with its wonderful volunteers has helped so many farming families.

Coincidentally, some of the imagery in the second and fourth verses of Mackellar's poem "My Country" reflects the climatic conditions that existed when Christine embarked on this new ministry and the last stanza expresses the sentiments of Australians who love this extraordinary land:

An opal-hearted country,
A wistful lavish land –
All you who have not loved her,
You will not understand.
Though earth holds many splendours,
Wherever I may die,
I know to what brown country
My homing thoughts will fly. 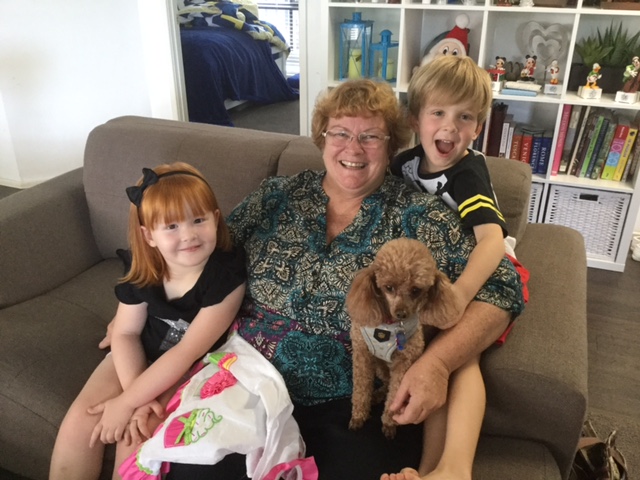 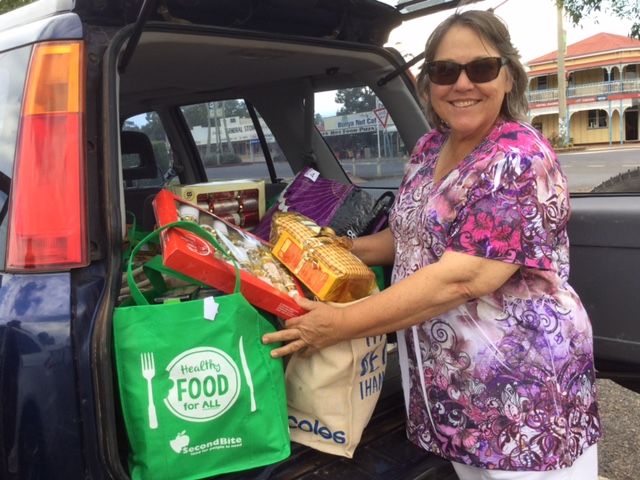 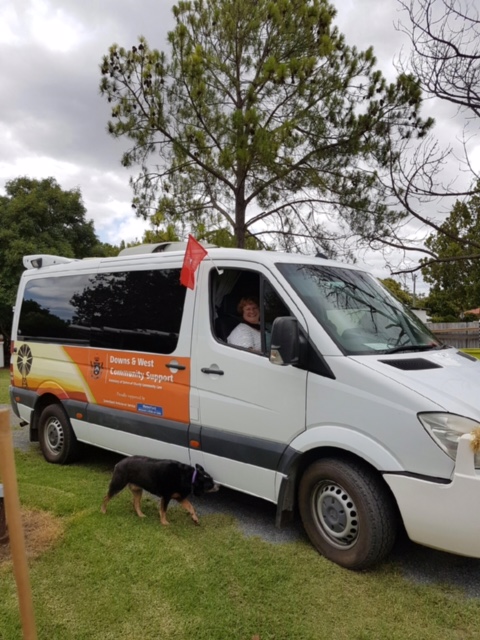 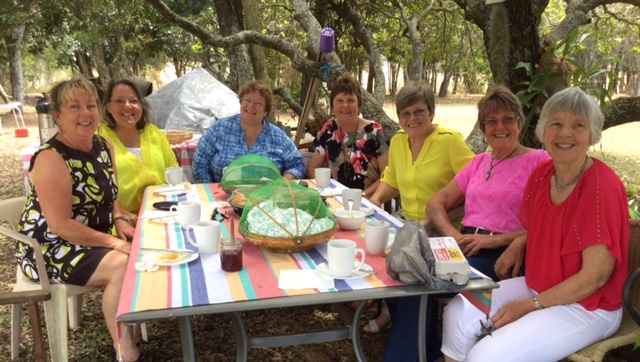