In the ordinary course of events, a child is born into a family with parents, taken to school and enjoys a happy childhood. What a lucky child! Unfortunately for some children, they may be abandoned, or living in a difficult situation, or homeless, wandering outside on the streets to earn a living.

This is the reason that the Friends for Street Children association was founded in 1984 by Thomas Tran Van Soi, to help children of some poor areas in Vietnam, particularly areas in Ho Chi Minh City. The aim of association is to re-integrate these children back into society, and to prevent them from ending up on the streets in the first place.

Some of our Dominican sisters in Vietnam, the Dominican Missionary congregation of the Phu Cuong Diocese, are ministering to some of these children at the Binh Trieu Development Center. This center is also one of the ministries of Friends for Street Children.

I work in the "warm shelter" with the 33 street children.

Our sisters at this center sometimes welcome some foreign volunteers to visit and play with the children or give them gifts like school supplies. Among the volunteer foreigners, we sisters especially admire Carolina, a 38-year-old Catholic single woman from Chile, originally from Spain.

Carolina discovered this center by the internet, on the Friends for Street Children website. When she visited, the sisters told her about some activities of the center. And then, she offered to teach English free for the children in the kindergarten. The sisters were in complete agreement and welcomed her happily, so that the children of poverty would have a chance to study a foreign language — and, hopefully, a chance for a better future.

In fact, Carolina teaches English at an international kindergarten in Vietnam. She earns about $20 an hour (nearly 400,000 Vietnamese dong). That amount is not enough for a foreigner to live in Vietnam, but she does not care. The most important thing for her is that she loves the Vietnamese poor kids and wants them to learn a second language. She also enjoys teaching them!

She comes weekly to teach the children English. In her teaching, she combines pictures, movies and songs to make it easy for the children to learn. She also questions them on the lesson; the children raise their hands and stand up to answer.

As she teaches about the human body, she points to her nose, asking them, "What is this?" The children are very good at answering that question! Besides that, she uses songs with lessons like the "Head, Shoulders, Knees and Toes" song, and the "Weather Song" to support the children's study. This method seems to make her students more dynamic and confident.

She is lovely and very friendly. She stands close to the children when they raise their hands to answer; regardless of whether their answer is right or wrong, she always encourages them by touching their hand, and loudly saying, "Yeah!" The children really love this gesture.

When they go home, they imitate her way of speaking. Their parents have shared with the sisters that if their children disagree with something at home, they say, "No." They also use English words instead of the Vietnamese language when eating fruit at supper, and they sometimes say words like "Wow" or "Oh my God" naturally when playing with their friends in class.

So far, Carolina has worked in the center for about eight months. Sister Thu, who is in charge of caring for the children, compliments Carolina, telling her, "The kids truly love to study with you."

Carolina said, "Christ loves children. I also love kids so much because they are very lovely."

One day Sister Thu asked her why she chose to live and work in Vietnam. She replied that after she had traveled to many countries, and lived in New York for about two years, she came to Vietnam as a tourist. After the trip, she decided to live in Vietnam, because Vietnamese people are poor but friendly and kind. She added, smiling, that maybe God wanted her to come to Vietnam to help the poor.

What a generous heart this volunteer foreigner has! We thank God for sending her to the Binh Trieu Center. We hope that she will continue giving our people living in poverty the chance to study a foreign language.

[Mary Nguyen Thi Phuong Lan, a Dominican Missionary Sister of Phu Cuong in Vietnam, is in charge of caring for 32 orphans at Binh Trieu Development Center in Ho Chi Minh City. She was a contributor to the first round of the GSR series The Life.] 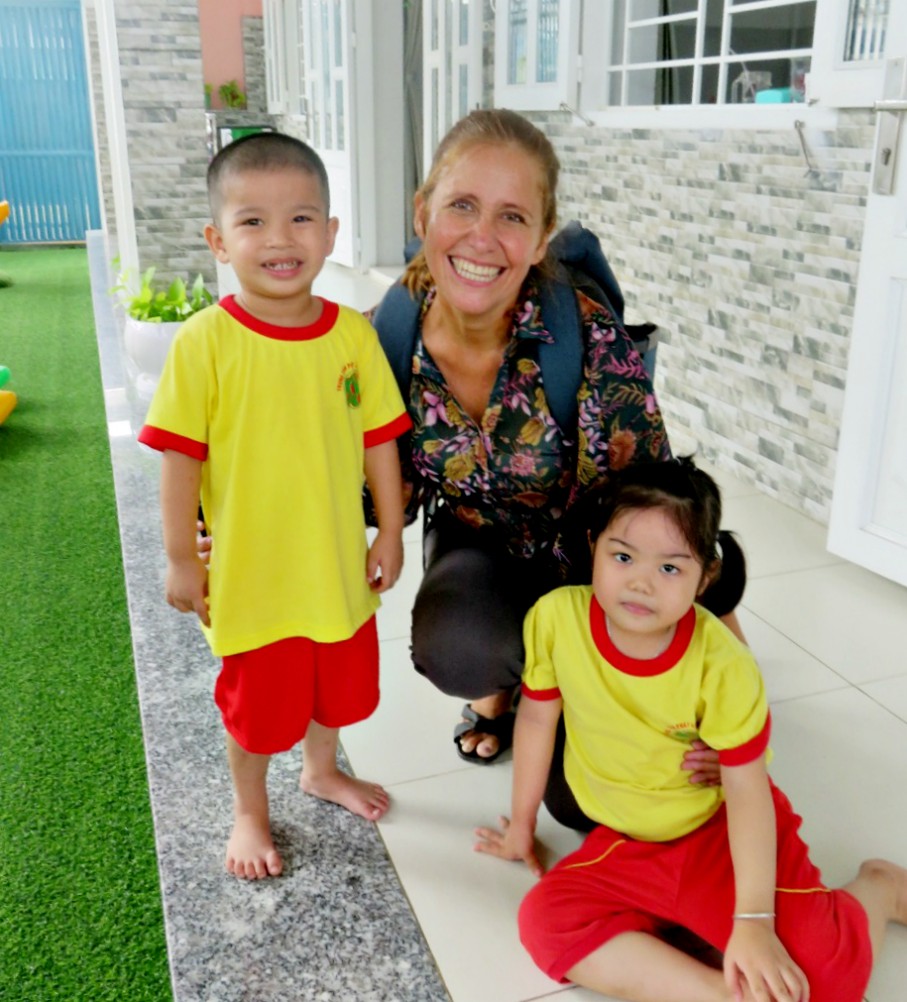 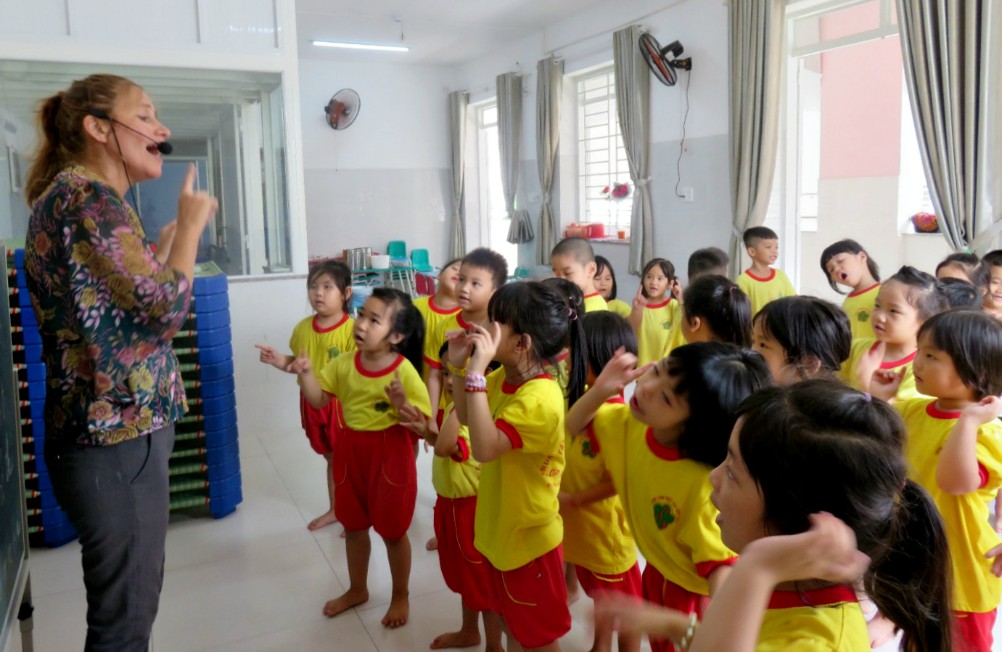