Muslim-American women seek change from within 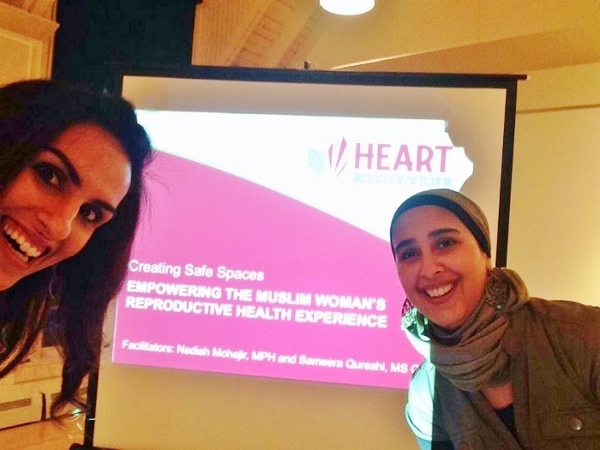 Several weeks ago I had the privilege of meeting Nadiah Mohajir, a Muslim-American woman who spoke after a Chicago screening of "Radical Grace," a documentary about Catholic sisters working for justice.

For over five years, Nadiah has provided health education programming to over 2,000 Muslim women and girls in the Chicagoland area and cities across the country. She and her colleague, Ayesha Akhtar, co-founded Heart Women and Girls, a non-profit volunteer sexual advocacy organization for Muslim women. They did this after hearing heart-rending stories from Muslim women who had attended a health and wellness day they coordinated in 2009.

A principal from an Islamic school told of a fifth grader who missed three weeks of classes because she had started her period, didn't know what it was, and was too scared to ask anyone, including her mother. Another young woman struggled with denial before being able to name her uncle's unwanted intimate advances as sexual abuse. A newly married woman was experiencing sexual tension with her husband as they were unable to consummate their marriage.

These and similar stories led Nadiah and Ayesah to the conclusion that too many women in their communities "did not have a safe space to obtain health information in a way that was mindful of their religious or cultural upbringing and values." They developed culturally sensitive trainings, workshops, and downloadable toolkits to help Muslim women "negotiate their American identities, while still appreciating and honoring their values." them. Women and girls are granted much independence and rights in Islam, including a right to an education, and free will when it comes to marriage.

Nuns on the Bus 2016: Sweetening a sour conversation