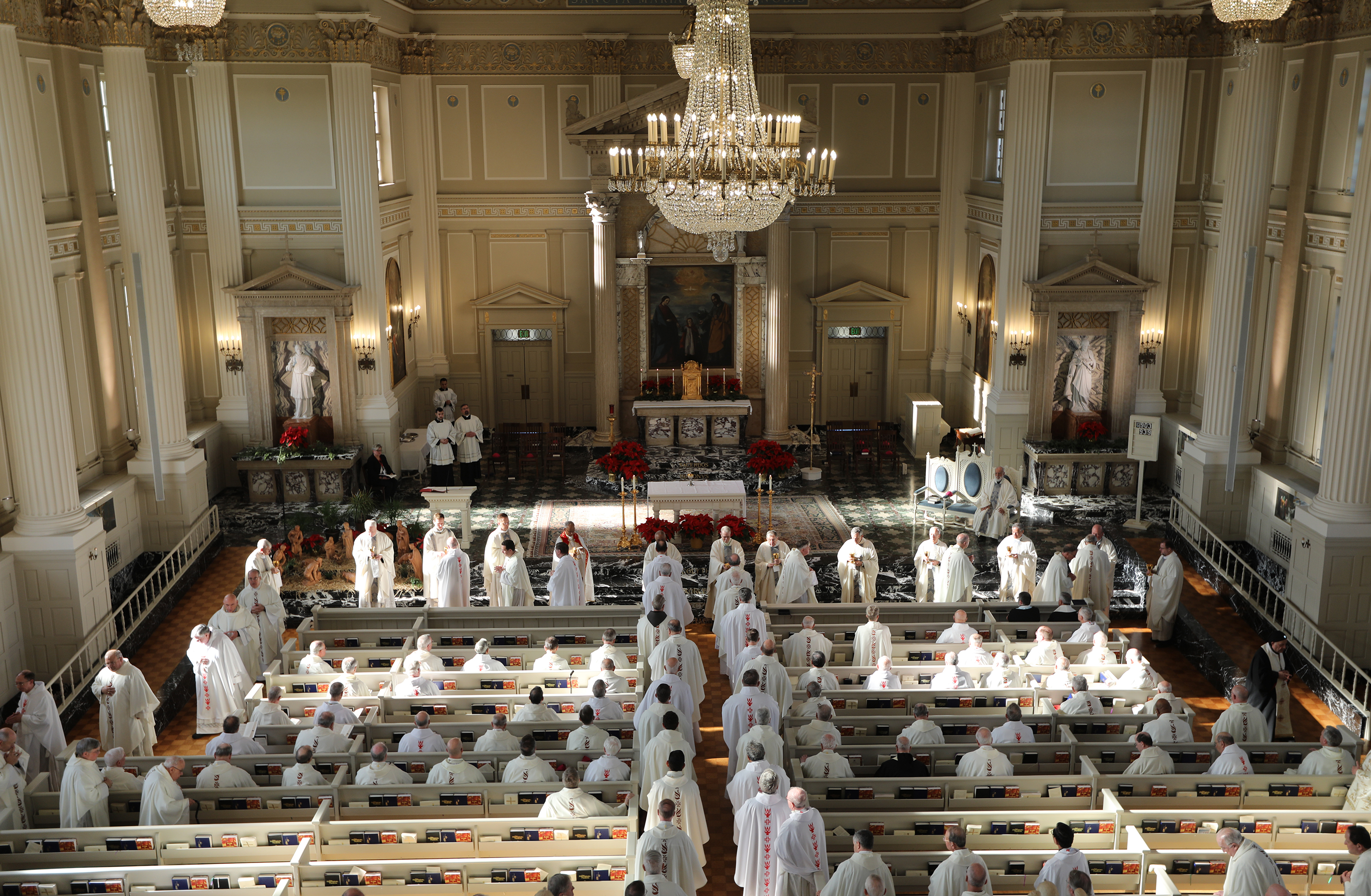 U.S. bishops receive Communion during Mass in the Chapel of the Immaculate Conception at Mundelein Seminary Jan. 3 at the University of St. Mary of the Lake in Illinois. The bishops were on retreat to work to rebuild trust among the faithful as questions continued to revolve around their handling of clergy sex abuse. (CNS photo/Bob Roller)

Pope Francis's recent acknowledgment that bishops and priests have raped and sexually abused Catholic sisters ignited yet another media firestorm about the egregious lack of clerical accountability in the Catholic Church.

Kudos to long time Rome Associated Press reporter Nicole Winfield for raising the issue with the Pontiff on his flight back from the United Arab Emirates. In a 23 minute New York Times podcast, veteran religion reporter Laurie Goodstein cited NCR's 2001 investigative exposé by John Allen and Pam Schaeffer that first broke this story. Their courageous reporting was also cited by Winfield last July. I gave an interview to National Public Radio on February 7.

Kudos and thanks to NCR for factually grounding a story of sister abuse that would otherwise seem unbelievable to faithful Catholics. Unbelievable that is, until 2001, when the clergy sexual abuse of children hit the headline s— a story NCR also broke in 1985 based on reports by investigative journalist Jason Berry.

How long O Lord? How long must we wait for both clergy and laity to recognize that incremental change will not work?

Ministry | We must reform the clerical system

Blessed Catherine Kasper's legacy: 'No gift is too small'