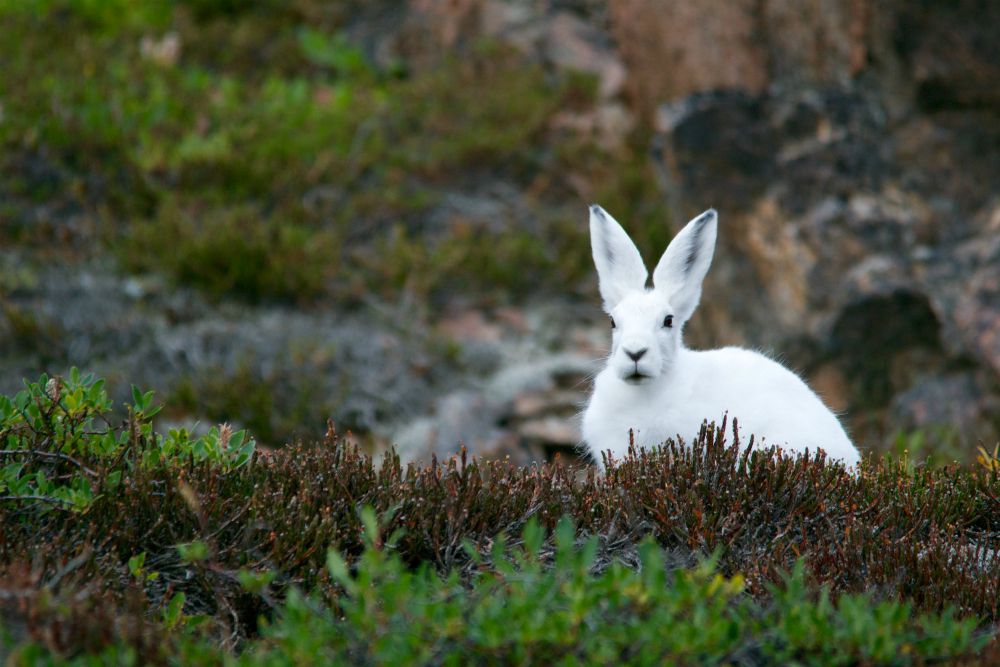 This parable from the animal kin-dom provides a lot of food for thought since a similar situation confronts us in the church today. It's one that elders in India tell to impart spiritual values to the younger generations. Here is how I remember it:

In a remote jungle there lived a community of dogs. Once, while at play, one of the dogs called Karl ran off at full speed. The others followed him but gave up after some time. Karl kept on running in hot pursuit. The weary dogs, who came back panting for breath, began wondering what Karl must have been chasing. These were some of the comments they made: "How is it that he spotted something but we could not see it? He must be crazy. Like fools we blindly followed him." When Karl returned he enthusiastically shared his experience of pursuing a beautiful snow-white rabbit that finally eluded him.

He tried his best to convince them of the importance of chasing the rabbit, but some of the highly respected senior dogs discounted the idea. Others felt it was an impossible dream. A few of the shrewd dogs suggested the construction of a huge temple in which a marble statue of the rabbit could be installed. Then there would be no need of wasting time and energy in running after that elusive rabbit. This novel idea fascinated most of them and so they were soon fully engrossed in building a majestic Temple of the Hare (or "Sasopant Mandir" in Marathi word, the state language of Maharashtra-Mumbai).

Karl, running after the rabbit, symbolizes committed Christian visionaries trying to achieve the goal of the church: to build up the kin-dom with freedom, equality and justice. Having had an experience of Christ, they try their best to share this vision and animate the others.

The weary dogs give up half way since they neither have any vision nor would they care to take the trouble of acquiring one. Their inability to resonate with the values of Christianity prompts them to ridicule the animators.

Those who propose the building of a temple are the financiers and power brokers of society who mislead people in order to serve their own vested interests. At their urging, everyone's money, energy and time is wasted in building temples and churches instead of investing in building human communities.

Once the temple is built, then commercial ventures hallowed by religious blessing have ample opportunity to flourish. Devotees of all faiths who flock for novenas and pilgrimages are gullible victims of a "Commercial Spirituality" in which religion has been converted into one more moneymaking racket.

By funding the erection of temples and statues, those for whom commerce is god hope that both God and the people of God will turn a blind eye to their misdeeds of corruption and oppression of the poor. Since they are used to taking advantage of others, they have no qualms of conscience about exploiting God for their own gain and glory.

The common folk fall prey to these shrewd, unscrupulous people who have neither the experience of Christ nor commitment to his values.

I recently visited some stately, gigantic churches in the United States and Europe; though they towered upwards towards the heavens, the yawning emptiness inside made me feel sick. People in a few pews in the main section of the church were mostly elderly, with their grandchildren.

The side sections were boarded off with "No Entry" signs. I learned that those sections of the church had been transformed into shops with rosaries and other religious articles. Young people were nowhere to be seen.

Many questions crowded my mind: Why does this happen? What was the vision of those who built these churches? To which group do they belong, to that of the visionary Karl, or the shrewd dogs, or the rest who had no vision? If they had accepted St. Irenaeus' idea that "the glory of God are humans fully alive" would they have invested in constructing these white elephants?

If those who built those majestic churches had paid attention to building human communities, wouldn't that have made a difference? Instead of providing a place for religious rituals, what if they had developed a community center promoting an activity-oriented practical spirituality geared to liberating the poor?

Seekers, especially those who are sincerely searching for a deeper meaning in life, are channelizing their creative energies into movements for social change. Who will provide a relevant spirituality to give direction for them and the other youth of today? If our spiritual vision is not clear, we are likely to be misled. Today when the winds of globalization and consumerism are blowing forcefully, the poor in India, for example, are being marginalized.

When will those who cling to devotional practices get a taste of genuine spirituality? Despite our emphasis on spiritual formation for communitarian actions, we still seem fascinated by the craze for huge churches. Let us move from a totally institution-centered religion and develop a cosmic church where the words of John O'Donohue can come true:

A day in the mountains or by the ocean helps your body unclench. You recover your deeper rhythm. The tight agendas, tasks, and worries fall away and you begin to realize the magnitude and magic of being here. In a wild place you are actually in the middle of the great prayer. In our distracted longing, we hunger to partake in the sublime Eucharist of Nature.

Instead of concentrating on building churches and temples that cater to a "commercial spirituality" beneficial to the rich and powerful, let us focus on a "communitarian spirituality" that is advantageous to the poor. Can we utilize our resources of personnel, time, money and energy to promote community centers that will help to animate, coordinate and intensify our focus on the poor and marginalized? Let us stop building cement concrete jungles and instead open some gardens for quiet meditation where Jesus's prayer "that all may be one" can be realized to its fullness.

The builders of the Jerusalem temple had no room for the Messiah; it was the simple folk who were privileged guests of honor for the first Christmas celebration. The Gospels demonstrate that it takes a stable, not a temple, for Jesus to be born and feel at home.

Pray that like Karl of the parable, we too may be gifted with vision and give top priority to developing a community center in every parish. Like the first community center at the stable of Bethlehem, such centers will bring good news to the poor where they can truly recognize and rejoice at the birth of the Savior.

Perhaps we could follow the wisdom of our monastic spiritual giants through this parable I remember from one of Sr. Joan Chittister's books:

A pilgrim was walking along a road when one day he noticed a monk sitting in a field nearby, while men were working on a stone building.

"Who are the men working on the abbey?"

"Oh, it's so good to see a monastery going up," the pilgrim said.

"We're tearing it down," the abbot said.

"Tearing it down?" the pilgrim cried. "Whatever for?"

"To see the sun rise at dawn and build the houses for the poor," said the Abbot.

[Margaret Gonsalves belongs to the Sisters for Christian Community, Washington D.C. (WEB Region). She is the founding president of ANNAI Charitable Trust and networks with various newly founded women religious congregations for the empowerment of tribal/indigenous girls, including religious women.]

The gift of building our identities