Sr. Antonice Backes, SSND, once shared a story about a first grader who was to be the "innkeeper" in the Christmas play. The little boy had to practice his line: "There is no room in the Inn." The little guy was so sensitive that he told Sister he couldn't say "no" to Mary and Joseph. She worked with him, and the evening of the play Joseph knocked on the door. In a faltering voice the "Innkeeper" said, "There's no room in the Inn." Then with courage he added clearly: "But would you like to come in for a drink?"

Reflecting on the wisdom of this 6-year-old reminded me of "keystone moments" when we alter our expectations and move forward in hope.

In July 2018, St. Louis celebrated the opening of the remodeled Gateway Arch grounds and museum. Watching the story of the building of the Arch, Monument to a Dream, reminds me of the vision and hard work of those who brought it to fruition.

It was finished Oct. 28, 1965, giving not only an architectural symbol of the "Gateway City to the West" but also a metaphor of St. Louis as a place where opposing legs of an arch can meet in natural beauty, and provide a vision for future cooperation and inclusion.

I am inspired each time I view placing the keystone in the Gateway Arch.

"Keystone moments" often lead to challenges that move into creativity. Sometimes we hope for one outcome, only to find a variety of challenges that lead to an acceptable conclusion; two legs of an arch coming together in a keystone of understanding.

(However, since we don't live in a perfect world, no person with disabilities was recognized at the official ribbon-cutting ceremony, nor was any person of color. We are a work in progress.)

At the same time, I consider this a "keystone moment": two different views were able to negotiate a way to honor needs and equalize entry and enjoyment.

Another "keystone moment" that St. Louis celebrates this year is the 200th anniversary of St. Louis University, a Jesuit institution that has gifted many with higher education and the values of Ignatian spirituality.

I was curious about the first women accepted at St. Louis University and found that the first five women graduated from the School of Law in 1911. The cartoon below from the university newspaper showed the response to female coeds!

Other women attended the School of Nursing, which joined St. Louis University in 1928. It was opened by the Sisters of St. Mary (now the Franciscan Sisters of Mary), under the direction of Mother Concordia.

A "keystone moment" was recorded almost 50 years ago when I interviewed some of our sisters who were among the first to attend St. Louis University. They began by saying that this was because sisters were beginning to teach in "high schools" and needed university classes to meet student needs.

Several provincial leaders, among them Mother Petra, SSND, asked the Jesuit President of St. Louis University if women religious could attend St. Louis University. In fact, the provincial leaders asked the Jesuits to change their constitution, allowing them to teach women — meaning that a general congregation meeting in Rome would have to make this decision!

Undaunted, they encouraged the Jesuit provincial to initiate a change in policy.

Fr. William Barnaby Faherty recalls that a professor representing the university at the 1916 National Catholic Education Association said, "We (Jesuits) shall continue this system of separate schools for men and women, no matter what the cost or hardship … "

During World War I, Jesuit Fathers had begun extension courses in various convents in St. Louis: a science course was offered at Visitation Convent in summer 1916. Later, classes were offered at the Academy of the Sacred Heart and then at Maryville College.

On Feb. 2, 1920, the first three degrees given to Sisters actually attending St. Louis University were given to two Loretto Sisters and one Religious of the Sacred Heart — the only women in the classes.

But St. Louis University did offer academic degrees to women religious through a system of colleges, including Fontbonne (Sisters of St. Joseph); Maryville (Religious of the Sacred Heart); and Webster (Sisters of Loretto).

I was a beneficiary of this arrangement when St. Louis University welcomed Notre Dame College (School Sisters of Notre Dame) into this system.

But I'm getting ahead of my story.

In 1974, I interviewed three School Sisters of Notre Dame, who had been among the earliest graduates of St. Louis University.

As I listened to their animated conversation, some recorded and some "off the record," they laughed and sparkled with victory.

As they continued registering similar "closures" in first year math, science, etc. were announced. However, they signed up for whatever was available.

They described how each evening they would come home and the whole community would help the SLU students do their homework.

I celebrate these "keystone moments" with all these pioneer sisters and with St. Louis University, thanking the Jesuits, staff and faculty for reaching across gender boundaries and so much more throughout their 200 years. Our city and church are blessed with their presence, generosity and educational expertise.

I pray that we join them in building an arch of understanding in our troubled and blessed city and beyond. 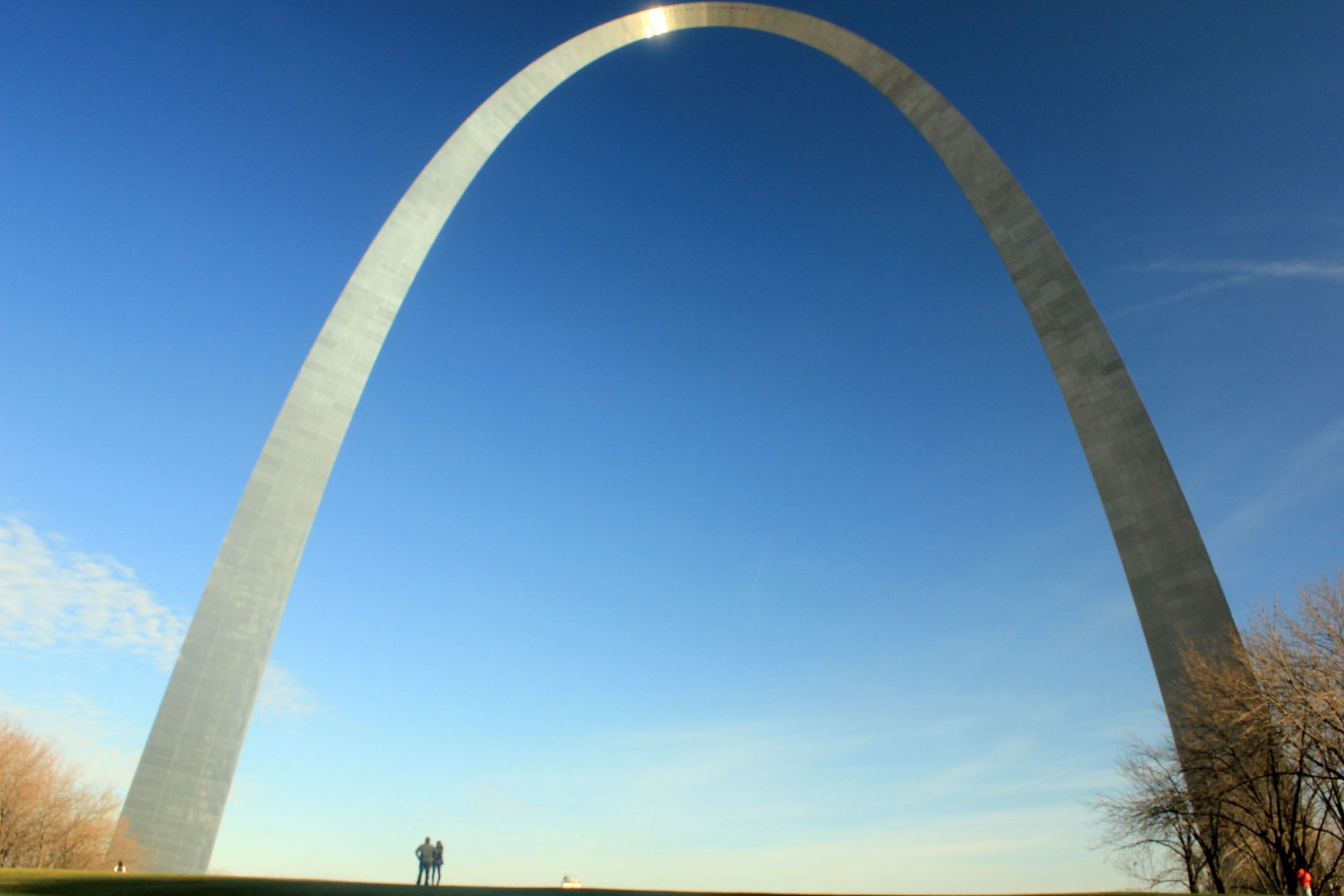 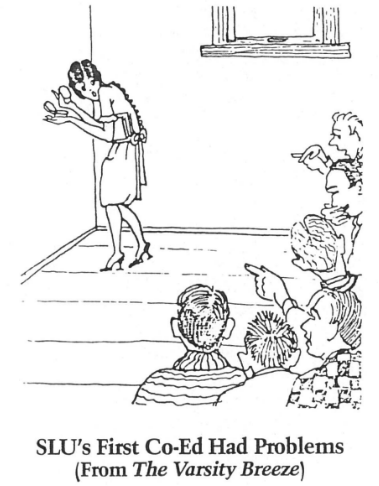