The Parliament of the World's Religions (PoWR) is the oldest, largest, most diverse and inclusive global interfaith event in the world.

We recently attended the Nov 1-7 PoWR held in Toronto, Canada, with more than 7,500 other delegates from 80 countries, representing approximately 200 indigenous, spiritual and religious traditions. As Non-Governmental Organization (NGO) representatives to the United Nations, we were delighted to be part of such an amazing gathering.

One could feel the spiritual power and love vibrating as we greeted and talked to fellow participants. The theme of this Parliament was "Promise of inclusion — the power of love —pursuing global understanding, reconciliation and change."

We had such beautiful and unforgettable experiences, as the feeling of oneness and the common good — for which we advocate at the U.N. in many ways — reverberated everywhere. That theists from many faith traditions, as well as atheists, could spend one full week in perfect harmony and love was incredible.

A strong indigenous presence was felt in speakers, healers and performers. One of the challenges for Canada's government is how to reconcile with the native peoples, from the harm done to their ancestors.

Turtle Island (what we call North America) belonged to the native people and was forcefully taken away by white Europeans, who squeezed the indigenous people out to reservations. They systematically killed the native culture and language by adopting compulsory residential schools for indigenous children; the schools were owned by the government but managed by Christian missionary institutions. The injustices felt by the native people were echoed loud and clear at the parliament meeting. Reconciliation is one of the greatest challenges for the Canadian government.

There was openness from both sides for true reconciliation, and many indigenous young people are taking the lead to restore their lost culture and language.

On the other hand, we were surprised that there was no mention of the benefits of their education — which not only brought them into the mainstream but also to seats in the Canadian Senate.

The "cosmic" Mass lead by Mathew Fox and team on creation spirituality was unique. The liturgy, begun with an introduction by Fox, was very inclusive of all children of the Earth. The readings — replaced with music and dance and meditation — triggered powerful imagery.

During the penitential service, we were asked to feel the pain inside of us and around us; then we expressed it by kneeling and bowing down to the ground in the dark hall. There were cries all over as we were all moved by at least one of the issues.

During the kiss of peace, we embraced one another with compassion. That was very healing too. We greeted one by one, looking into each other's eyes and saying, "Namaste" (I bow to the divine in you), which connected us at a deeper level as one humanity

We felt that all of us were priests contributing to the worship of the One Divine. All the participants left the hall with a renewed spirit and consciousness of oneness as children of One God.

Another impression we want to share is our experience of the equality meal called the "Langar" (communal meal) by the Sikh community who served a vegetarian meal for all participants, as a way of demonstrating a practice of their faith.

They covered our heads with beautiful scarves and lead us to the hall. Squatting on the floor and sharing the same food made us feel like the children of one God, our Parent. Sikhs believe that their faith needs to be expressed in action, and several of their people sacrificed their time, resources and energy to feed almost 7,500 people all six days. God bless them!

The opening ceremony on the first day was very energizing, and numerous speakers and artists highlighted various issues. Every day there was a plenary in the morning, with events continuing until 11 in the evening. The speakers ranged widely, including experts in various fields as well as victims of social exclusion/injustices who are moving forward with compassion and love. There was a sacred space for women, and opportunities for worship of choice were provided daily.

The events were highlighted in several "tracks:"

Women's sacred space was special as we all sang "my love is rising, your love is rising: Can you see it? Can you feel it? Compassion, courage …"

Declarations were shared by some of the working groups of the parliaments, including women, global ethics and climate action. Audrey Kitagawa, the first woman chair for the next Parliament of the World's Religions was introduced, a great step after 125 years! She reminded us that "each one of us in this room is a leader."

We enjoyed meeting and networking with fellow participants, including those from India and with other Indians living in the USA/Canada or elsewhere. We were pleased to see that many Indian participants were panelists, and we wished that the next parliament could be in India, at this difficult time of division and politicization of religion.

Interfaith dialogue is the urgent need of our time to educate and to help people of goodwill to overcome evil forces. It was surprising to hear that the Golden Rule is mentioned, though in various different ways, in most religions.

We came away with renewed spirits and an admiration for other faiths. All religions convey God's unconditional love and compassion for all living beings and for our planet. 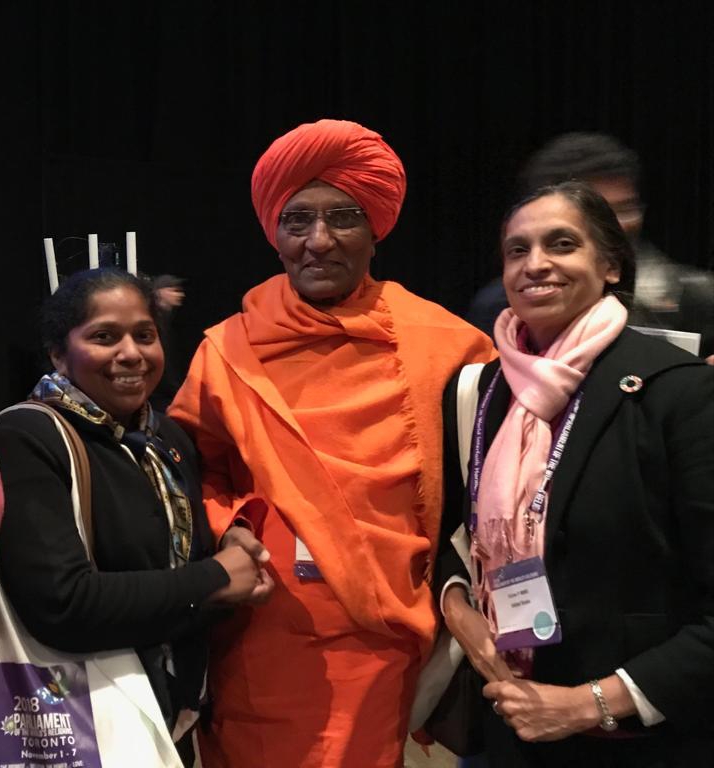 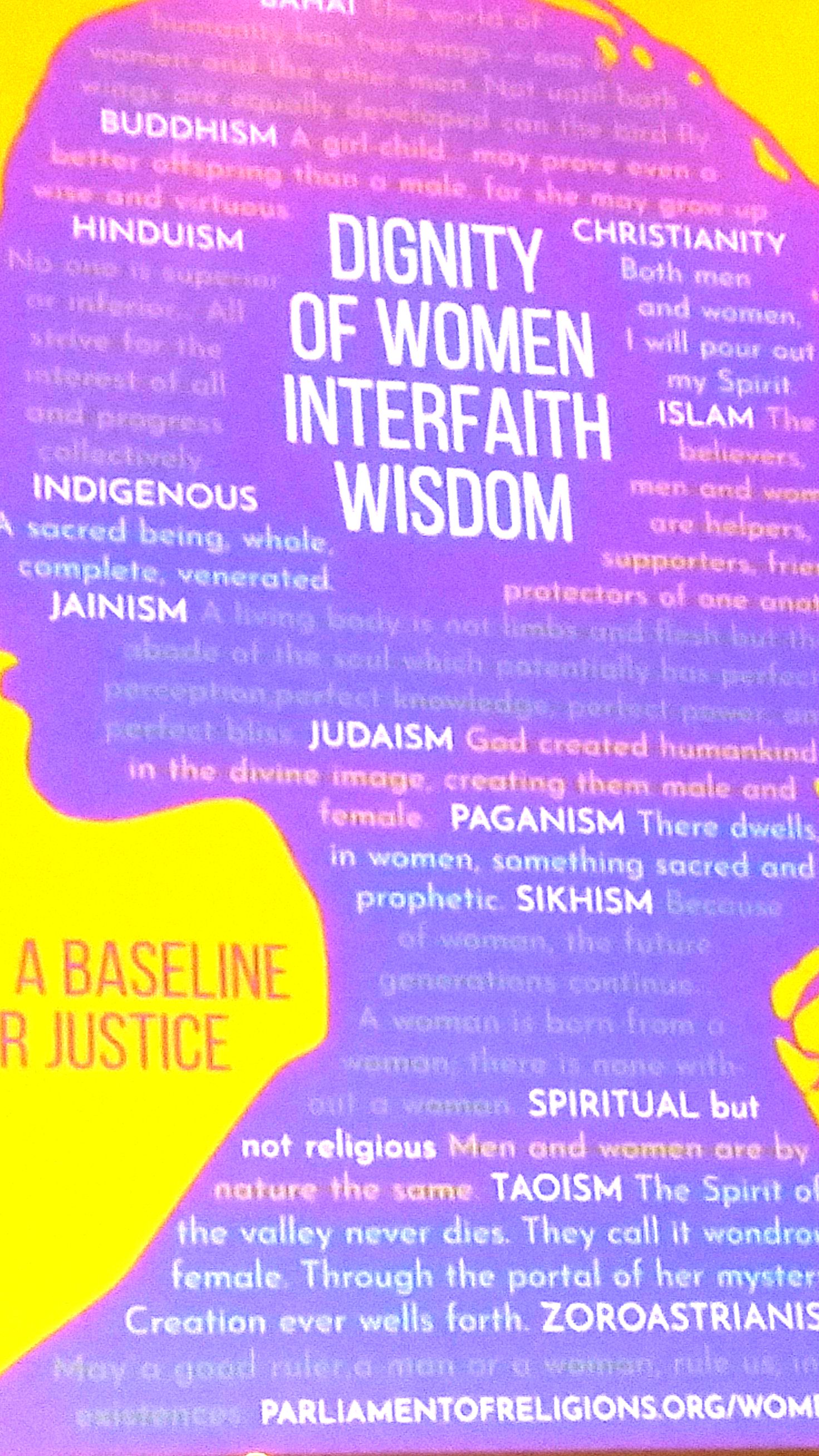 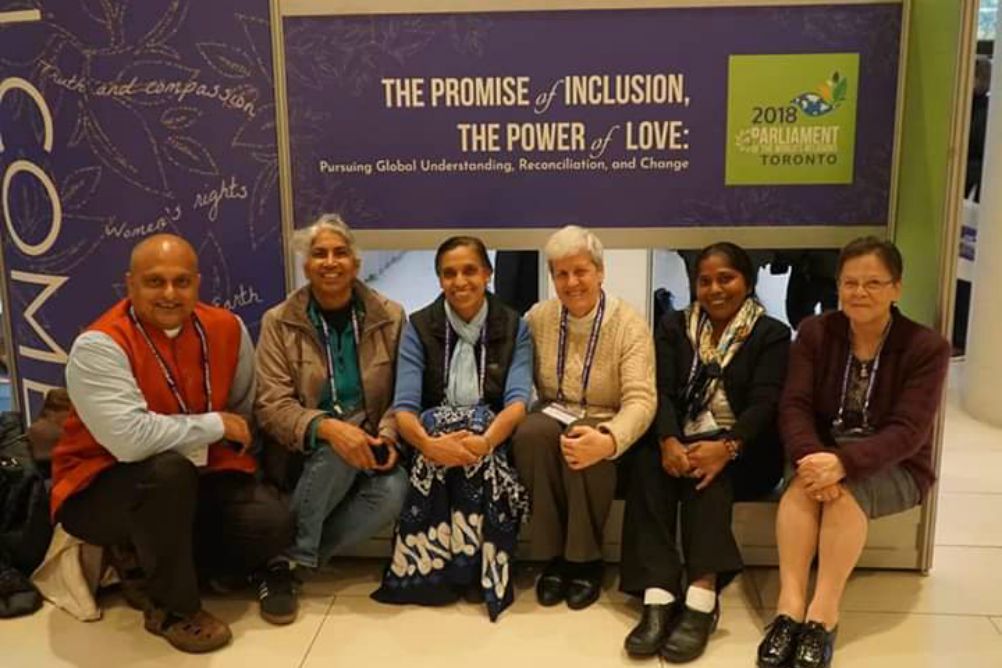 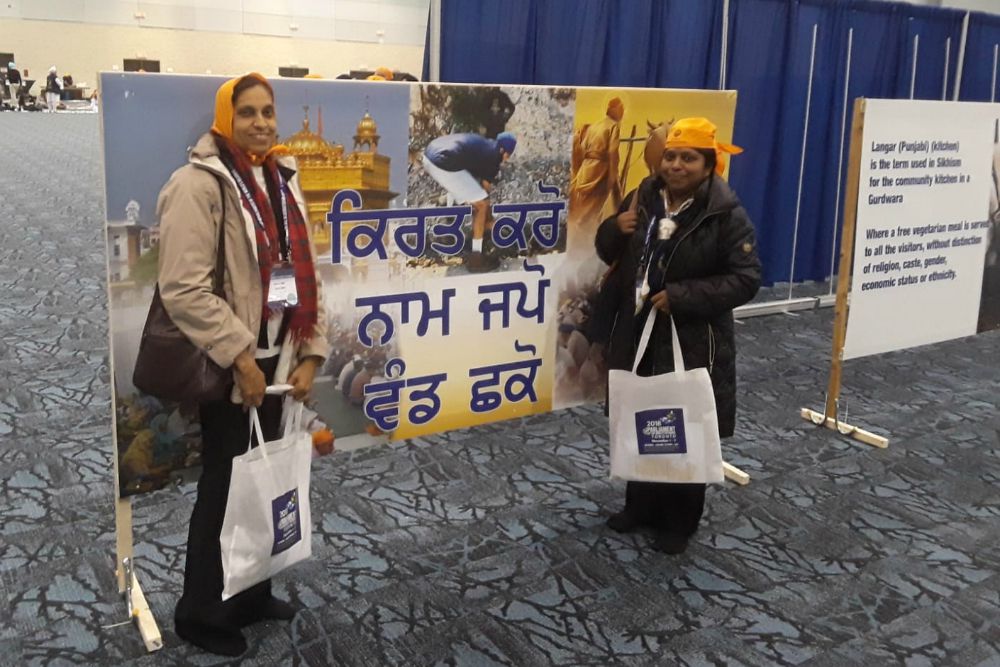