Be the Christmas you celebrate

For more Advent reflections, go to our sister publication, Celebration. 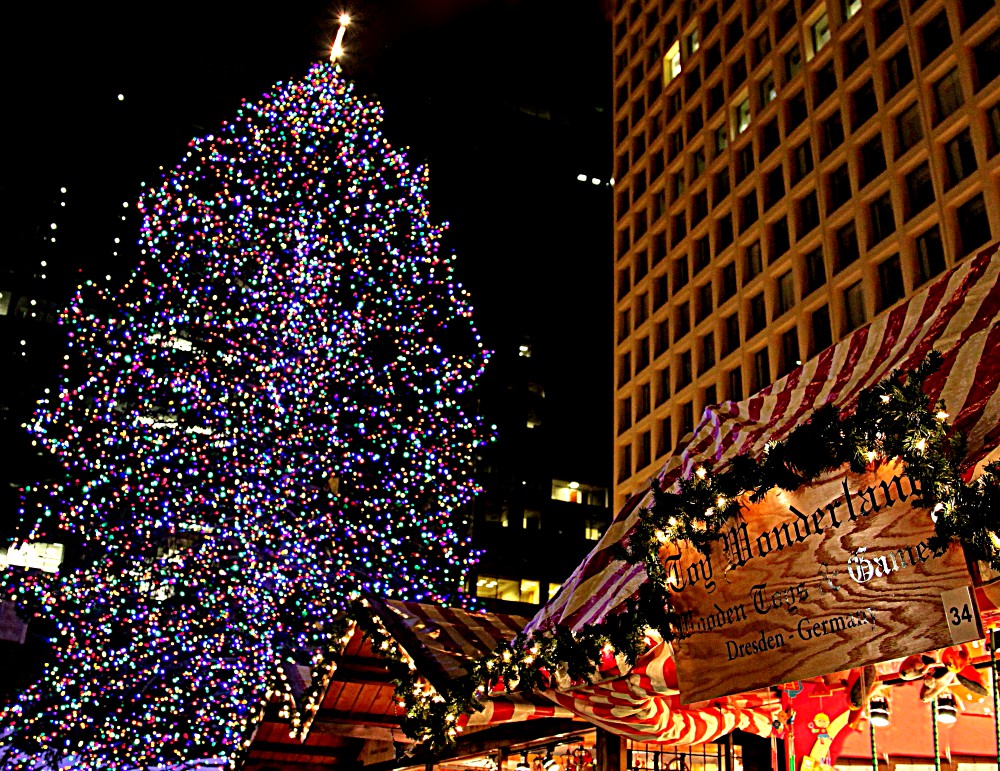 Christmas is coming ... A couple of weeks before Thanksgiving, I heard on the news that the Christmas tree had been delivered to Faneuil Hall in Boston — an 85-foot Norwegian pine. It was considered the largest "holiday tree" in New England that year.

Christmas carols and Christmas cards. Christmas mangers in public spaces. For Christians in the United States, these are the sacred yet simple ways we proclaim to each other our faith in the greatest moment of human history, when God became man. When divinity bent low over us in love to lift us up to himself. So the question of whether it is a "Christmas tree" or a "holiday tree" and whether the manger scene can appear in a public space makes a big difference to us.

And it makes a big difference to others. A few years ago, I was in Chicago before Christmas and visited the Christmas market at Daley Plaza with my nephew. A group surrounded the life-size nativity scene where, despite the cold and the bustling crowds, young and old had stopped to take in the serene calmness of the sacred story behind the celebration. Not far away from it stood a towering menorah with seven candles illuminated.

Between them stood a giant — and lonely — letter A, over 8 feet tall, representing the atheist and agnostic community. Around the A, there was no reflective crowd, no joyous merriment, no excited laughter, no joyous hope. But the A stood there as a statement that not everyone feels drawn into the mystery of the Incarnation that has spilled over into our Christmas traditions. And they too want to be heard.

Several weeks ago, I received a prayer request in a comment on our Facebook page. The writer was concerned that she was no longer able to use the word "blessing" in her workplace and felt discriminated against and frightened.

These are symptomatic flash points for the larger tearing of the soul of a culture in which we are each set against the other, political agendas positioning themselves to set the rules, imposing themselves on the rest. I think about the Christmas season's tug of war over the rights of the public visibility of Christmas language and display, as well as my Facebook friend and others who feel their rights to express their faith openly are being taken away. I wonder if we Christians are missing the point altogether.

As Christians who reverence the Other who accepted and forgave us, experiencing the other as a good and not a threat should be the hallmark of our common living. It is true we now live in a society where we cannot assume that others share the same foundational beliefs about the good of humanity as we.

Nevertheless, it has always been the human experience that many different voices need to converge in a dialogue in which we consider the "Other" one with ourselves, a dialogue in which we are all together trying to come closer to truth. Christmas teaches us that truth, more than each group vying for power in an argument, is more correctly seen as a relationship.

It could happen that some feel there is no purpose in dialoging with opposing viewpoints, or that it is wrong to do so. Or perhaps they realize they do not have the skills for it. After all, it is wide-ranging dialogue we are invited into, and one in which society no longer gives Christianity a privileged position. 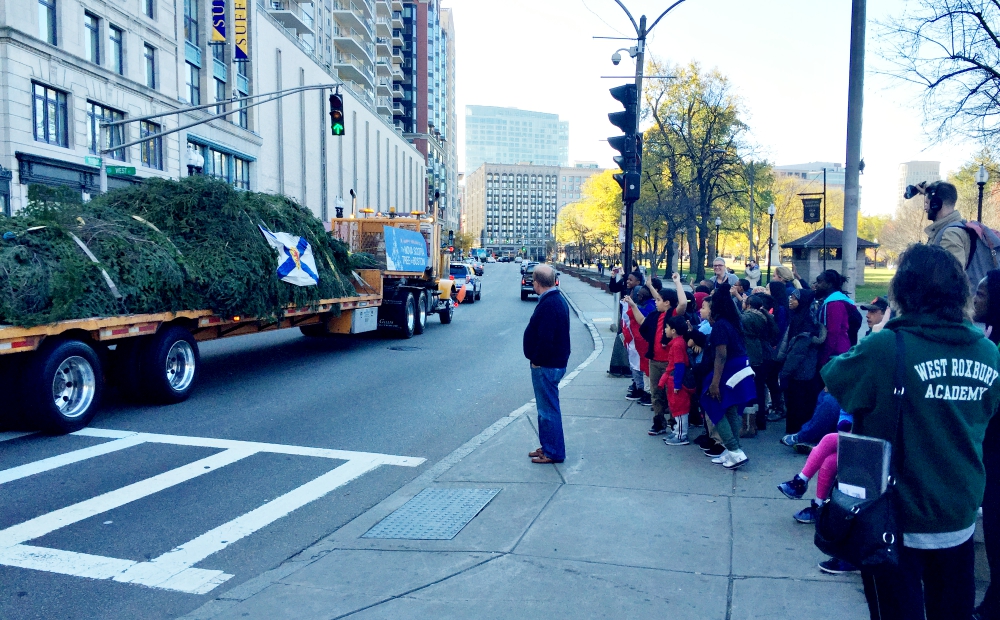 Schoolchildren welcome the arrival of Boston's Christmas tree as it's driven down Tremont Street in November 2016. (Wikimedia Commons/Briancua)

We need not fear, for in reality it wasn't Christian laws or juridical structures that assured the centuries-long existence and flourishing of Christianity. It was, and is still, only and always the event of Christ whom we first encountered, in person, as a human race, 2000 years ago. And whom we can encounter anew each moment.

Let me tell you a story from my early years as a Daughter of St. Paul when I was studying at Boston College. One day, I was waiting for a meeting in one of their smaller houses. Pizza had been set out in the small kitchenette for the early arrivals. As I shared a few moments of company with fellow students, a sister came in, crossed through the dining area and spoke briefly with the professor. In a few moments, she retraced her steps and disappeared up the stairs.

I felt as though I had been struck and my heart was overwhelmed. "Who was that sister?" was the only thing on my mind for days. She had said nothing, had not even seen me, but I was captivated by someone who evidently had a profoundly life-altering experience with Christ that now shone through her every move. This person was Mother Olga, born and raised in Iraq and now the founder of the Daughters of Mary of Nazareth. I sought her out, hoping to discover what she had that I didn't have.

Christianity has always been spread by those who have been captivated by Christ in their spirit, soul, body and heart. During this brief encounter with her, my heart leapt as a response to something I couldn't explain but knew was real.

It is in this way that Christians bring to life the convictions we believe are true. The "other" will not be persuaded by an argument, but can be convinced by the Christ who encounters them even if we are simply walking by. In this way, we spread the blessed infectiousness of the newness of Christ and the witness of his humanity.

"See how they love one another!" From the origin of Christianity, people were so attracted by the joy they saw in the followers of Jesus that they eventually felt they no longer could tenably hold to their viewpoints and prior beliefs. This joy and this love then spills over into legal and social action, ministries of justice, and service to the most vulnerable.

Pope Benedict XVI stated in his book Christianity and the Crisis of Cultures: "Our greatest need in the present historical moment is people who make God credible in this world by means of the enlightened faith they live. ... We need men who keep their eyes fixed on God, learning from him what true humanity means ... so their hearts can open the hearts of others"

So here are some suggestions for this Christmas and holiday season. Whenever you feel an inner angst, frustration or fear from the tension of living with and among people of differing values and beliefs, step back, enter within yourself, and take note of how these feelings are registering within you.

Then turn to Jesus, and ask him directly: "Jesus, be with me here. I would like you to show me where you are in this situation."

The hope of humanity lies in people being able to find Christ in you along the path of their life.

[Daughter of St. Paul Sr. Kathryn James Hermes is the author of the best-selling book Surviving Depression: A Catholic Approach as well as a number of other titles. She works with individuals online at pauline.org/heartwork, and her newsletter can be found at pauline.org/sisterkathryn.]

Spirituality | Be the Christmas you celebrate

Happy Christmas down under! Orana to Christmas Day!

As life ticks down, what remains are precious memories