Fr. Joseph Goldbrunner was a teacher at the University of Notre Dame who taught me a lesson for life. For six months out of each year, this German-born teacher ministered as a practicing psychologist, and then as a parish priest the rest of the year. With his thick German accent he blended real-life experience with the Catholic celebration of the liturgical year.

He taught me a lesson for life that has helped me negotiate some difficult times; his understanding of "betrayal," as exemplified in the Scriptures for Holy Week, has meant much to me.

He began class by noting the honesty of Scripture in detailing the betrayal of Judas, the denial/betrayal of Peter, the shunning of Jesus by the other male disciples, and the absence of support from his religious leaders. Walking us through each segment he emphasized the effects of betrayal and the psychological pain of Christ.

Unfortunately, as I remember this important teaching, Prof. Goldbrunner did not mention the women's fidelity to Christ; even today, the love and fidelity of the women, in the midst of betrayal, are rarely mentioned in homilies during Holy Week — and still we are faithful!

What touched me deeply in his narration of the psychology of Holy Week was something that has played in my memory for years.

In the second class he told us the following story. In his thick German accent he began: "A Jewish father wanted to teach his little four-year-old son about trust. So each day after he had come home from work, the little boy would play a game with his father. Samuel would stand on the steps of their high stairwell and jump into his father's arms. The boy would go up higher and higher, squealing with delight as his father caught him. Finally, the day came when he stood at the top step, frightened and unwilling to jump. When he hesitated, Samuel's father encouraged him: "I have never let you fall."

With great fear the little boy jumped expecting his father to catch him.

However, his father deliberately stepped aside, letting him fall to the floor.

The child was crying and pulling at his father's pant-legs with anger. The father looked down and said firmly, "My son. You can never trust anyone, not even a Jew."

With this statement Fr. Goldbrunner ended the class.

I still remember that class. We sat stunned, uncomprehending, confused. Was our teacher anti-Semitic? What was the meaning of his story?

That night his story was the talk of the campus. No one seemed to understand it. Puzzling over the meaning of this story still challenges me. …

At our next class, Fr. Goldbrunner continued to speak about "betrayal," not mentioning the story of the little boy. Finally someone asked the meaning of his story.

His response came in clear, concise English. "Betrayal is an important life lesson. It happens to all of us. And it hurts so deeply because we expected love from the betrayer. Learning to live with 'betrayal' is a lesson Jesus teaches us during Holy Week. To be a mature human being one must move from a childish, naive trust to an adult recognition that betrayal is a part of life. It happens when we least expect it. And it always calls us into deep confusion, anger, resistance to forgiveness. The challenge is to learn to love again after assimilating the experience of betrayal."

As I attempted to take in what he was saying, he challenged us further.

Jesus continues to love regardless of the betrayal of others. He looks at Peter with compassion, and that is enough for Peter to weep bitterly. On the cross he is still filled with compassion; "Father, forgive them they know not what they do. … And to the repentant thief, "This day you will be with me in paradise." (Luke 23:42)

Jesus' victory on the cross was manifested not only in fidelity to the will of his father but also by his compassion in responding to betrayal.

"You and I," Fr. Goldbrunner continued, "are often like that little boy, expecting protection from betrayal by those who have loved us." What Jesus teaches us is that we must expect betrayal at any time. It is a "given" of the human condition. The challenge is to not focus on why this happened or what caused it.

Fr. Goldbrunner encouraged us to see how some of the apostles dealt with betrayal.

Judas couldn't forgive himself, or reach out for help: suicide was his response.

Peter's denial called him to distance himself from others, moving him to tears and awkward repentance.

Thomas and the other male apostles betrayed community members by their unbelief, eventually moving toward humility and letting go of their pride of place in their hierarchy.

The challenge is to return to love. Perhaps it is to forgive myself for a childish type of trust, naiveté. Or sometimes we linger in a state of denial; "they really didn't mean to say or do it." Or we move toward a brittle bitterness that no longer allows others to enter our life.

In my own experience of betrayal, I remember that I could only work jigsaw puzzles, listen to Mozart and walk the dog. My mind was spinning out of control with shock and anger, and reliving moments that were more painful with every rerun.

I am still grateful for the guidance of my spiritual director, the honoring of my experience by community leaders whose offering of friendship and time to heal saved my life. After several months I began to reach out to others, offering help on a heritage project, recognizing that I was giving out of my own need, much like the poor woman who gave her last penny. (Luke 21:4)

Opening myself to the Christ-consciousness of Holy Week, and remembering a lesson learned from a beloved teacher led to healing. Whatever the betrayal, I too had to learn a life lesson: namely, to love again with a more adult expectation, recognizing that I betray others, and they betray me.

Experiencing betrayal, Jesus tells us, is to be expected. How we return to living with love is the challenge and resurrection of Holy Week.

Enhance your Holy Week and the Easter season by visiting the free Celebration 'Lenten / Easter' page. 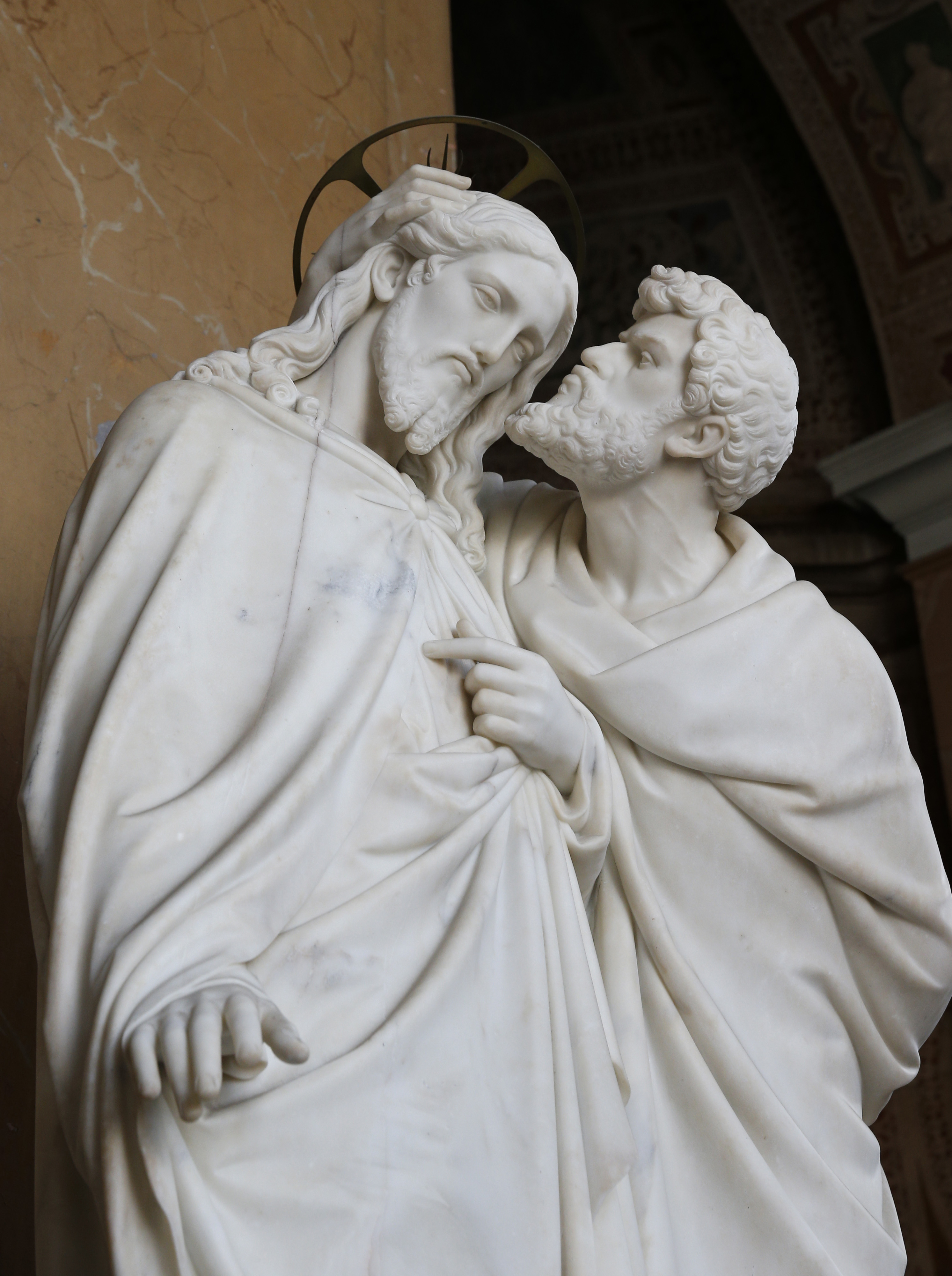