As we enter 2018, I'm reflecting on the role of music in developing active citizens at this time in United States history.

A memory surfaces. It was 1971 and I was with our sisters in West Berlin. During the night, gunshots could be heard at the Wall. Throughout my visit to Berlin, I wondered how people there kept their balance, both psychologically and spiritually.

It was in this context that one of our German sisters shared the following story. She was a music teacher and had been invited to see Beethoven's opera, "Fidelio," in which a wife disguises herself as a man and serves as a prison guard, hoping to find her imprisoned husband.

"Fidelio" was being performed at the Berlin opera house, which was located in the eastern zone, under communist domination. So it was not easy for Sister to get there, even though it was just across the city from her home. She shared that during the opera there is a scene in which prisoners, housed in a dungeon, are allowed a few moments to go outside and feel the sun, breathe in fresh air, listen to bird song, and feel free. While outside, the prisoners sing a powerful aria, "O welche lust."

During this performance, something unexpected happened in the audience when the prisoners onstage were singing of their freedom. Members of the audience began to stand up as "O welche lust" was being sung, and finally the entire audience was standing, and joined in singing the aria with the cast. They sang it several times, refusing to sit down. Eventually the communist police announced that the opera was ended and made everyone go home.

The power of music to evoke deep courage is a human experience. Perhaps our tribal ancestors learned this from the cry of wolves or coyotes as they gazed at a full moon and soon echoed their response. Whatever the circumstances, we know that music can shape our hearts, embolden courage, and bring us to be our best selves.

Another musical moment that continues to give oppressed people courage to retain balance is the finale of "Dialogues of the Carmelites" by Poulenc. A Carmelite community refuses to be part of the Reign of Terror and sings the Salve Regina as each of 15 sisters is beheaded one by one.

Music can be a compass of compassion, helping us choose the better instincts of humankind in making choices regarding tolerance, civil discourse, hoping to place the common good before politics or religion.

As I am writing this, I am listening to Yo-Yo Ma and Kathryn Stott playing Bach's Ave Maria. This reminds me of the gifts of citizenship and the important role of music in cultivating a democracy.

Ma is the son of Chinese immigrants and his accompanist is a British citizen playing a German classic honoring Mary. They see the gifts of one another across national borders and share their common love of music to build up the global community. This is another example of music providing a basis for active citizenship.

In a very small way, I experience music playing a role in citizenship when I sing with a small choir, the Courthouse Singers. We sing "The Star Spangled Banner" to welcome new citizens into the United States.

As I watch women and men from various countries take the Oath of Allegiance to the United States, I see energy in their eyes, resiliency in their lined faces, and the courage to weep and then smile broadly as the ceremony ends.

A 4-year-old Chinese girl stood near her mother, raising her right hand as the oath was being read and accepted. Her bright eyes and joy in the moment were signs of hope that radiated throughout the gathered audience.

One last song that speaks to me of the role of music in forming citizens is an experience of being part of an ecumenical choir in a small town. Our choir director, Paige Byrne Shortal, has attracted members from more than 20 different Christian churches to sing together and celebrate Thanksgiving and July Fourth for more than 20 years.

One moment that touched my heart was a rehearsal in which we were learning the Salve Regina from "Sister Act." Paige was calling on some of the Catholic choir members to share a correct pronunciation of the Latin phrases in the hymn. She invited other choir members to do the syncopated clapping that accompanies the piece.

In singing together, regardless of party politics, religious affiliation, or status within the community, we were living out an active citizenship. Singing patriotic and religious songs, we joined together to bring the gift of music to a community gathered to celebrate the miracle of our Constitution.

It is with this emphasis on active citizenship that I hope we can reaffirm our citizenship, just as Michele and Barack Obama are doing in their proposed presidential library. They hope it will be a center for teaching citizenship, honoring those who are outstanding examples of contributing to the United States, and offer it as an educational center to help others throughout the world live as citizens. They also hope it will be the site of concerts and shared insight.

In conclusion, one small way to celebrate active citizenship during 2018 is to vote, to sing, to listen to music that gives you hope. Music transcends politics and reminds us of the values we hold dear, even as we take active measures to build a just world. You might enjoy ending with John Lennon's "Imagine" — and listen carefully to the words. 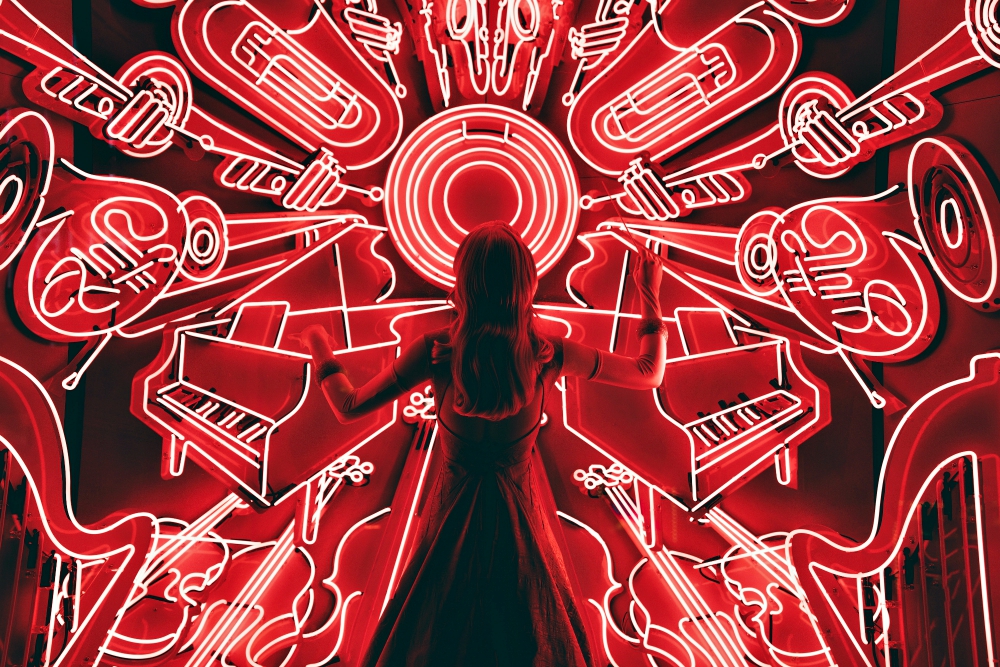