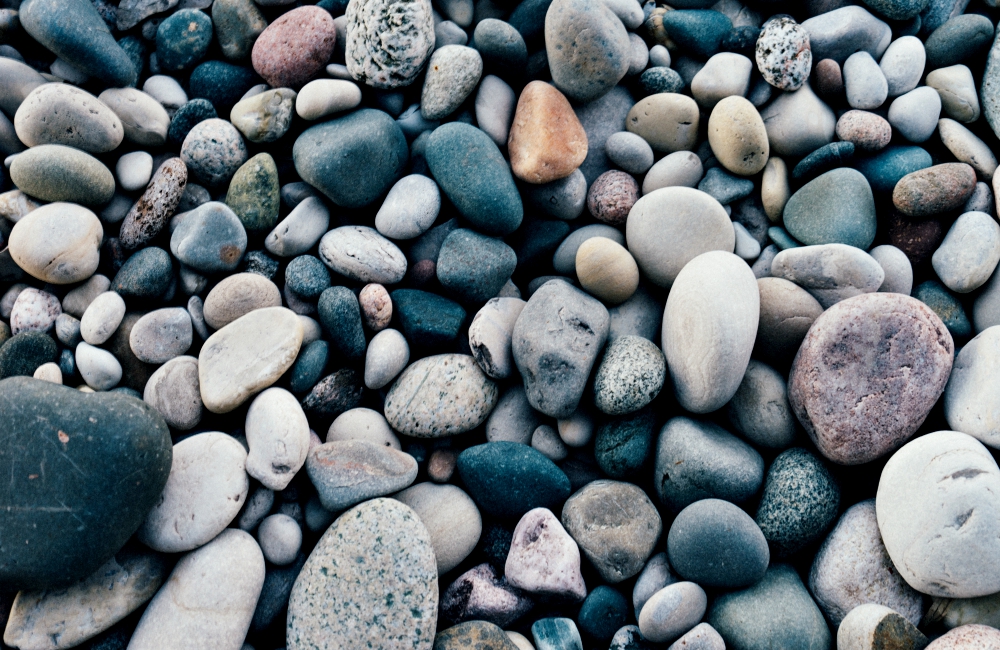 Some day when you are outdoors, pick up a stone from your yard or street, a nearby park or beach. Take a good look at the stone.

It is possible to bring down a monster with a single, well-placed stone, probably no bigger than the one in your hand. In the Old Testament story, David did just that, bringing down the mighty Goliath with a single stone.

It is also possible to bring down a saint with your stone, as Stephen was brought down in the New Testament story.

You can send your stone skimming across placid waters and create ripples beyond your imagining. Like the stone, your goodness has ripple effects far beyond your knowledge or intentions. Those who write for Global Sisters Report skip stones across vast waters, with ripple effects they scarcely know.

Some night you might try sleeping on Jacob's pillow — that is, a stone. Jacob did this and was rewarded with a vision of angels. And probably a headache.

You can be a rolling stone, the kind that gathers no moss.

You can be the steadfast rock that stands firm in the flood and alters the direction of the tide.

When the child in your care asks for bread, you can give her a loaf or a stone that looks like a loaf.

You can join people of like mind and sacrifice one of your own so that things will be better for the rest of you. Every spring, the people in Shirley Jackson's story about a lottery chose someone by lot and stoned that person to death. All in the twisted belief that it would bring good fortune to the community. "Lottery in June, corn be heavy soon," was how they put it.

In the midst of such insanity, you can be the stone that says, "No more. In God's name, no more."

Or you can be one of the silent stones and allow the violence to continue. In that case, the very stones themselves will speak.

In her book Teaching a Stone to Talk, Annie Dillard describes a neighbor, a loner in his 30s, who spent his days trying to teach a stone to talk. He would remove the untanned leather piece under which he kept the palm-sized stone, and do his teaching. Nobody knew what this entailed or if he were successful.

I asked all kinds of people how they would go about teaching a stone to talk. Sometimes, I offered handfuls of stones, hoping people would find one they would like to teach. Small children painted mouths on the stones to facilitate the talking. Seasoned teachers probed their finest lesson plans for clues. Mothers figured that if they could teach their babies to talk, they could surely do as well with stones.

The poet Charles Simic said his way would be to go inside the stone and start from there, from the stone's point of view.

Then the question becomes: How can this stone teach me to listen?

This can bring me to gentleness, reverence, a heart to heart that has nothing to do with stones.

Spirituality | A consideration of stones

Communion and culture wars: Is there a better way?

What would Teilhard say? Evolve or be annihilated

Was Jesus a 'foodie'?

Don't give up that candy yet