Author and activist Terry Tempest Williams has written, “Much of our world now is a fabrication, a fiction, a manufactured and manipulated time-lapsed piece of film making where a rose no longer unfolds, but bursts. Speed is the buzz, the blur, the drug. Life out of focus becomes a way of seeing.” Her solution: “Go underground like a seed so that something new may come forth.”

Twelve women ranging in age from 52 to 83, myself included and in the 60s cohort of the group, decided to take Williams up on her challenge. Most of us, I am certain, never read Williams’ words, but our experience of a world out of control, certainly on a macro level and sometimes even on micro level, created similar instincts in all of us. We gathered together, knowing little about each other except our common desire to engage in what, in the second decade of this 21st century, is the disturbing gesture of removing ourselves from the main stream of our lives in order to live with intention in the wilderness for 10 days. As a friend inquired, “You are going to do what, where?”

We met in a little town southeast of San Francisco named Lee Vining, home of famous Mono Lake on the afternoon of August 28. We were greeted there by wilderness guide Anne Stine. At the appointed time Anne led us driving caravan-style, some 40 minutes or so into the wilderness. We would enter together the Inyo National Forest, Inyo being a Native American word for “Dwelling Place of the Great Spirit.” We would not re-emerge until early in the morning of September 6.

What occurred in the interim was in truth a journey “into the underground,” so that something new would indeed come forth, not only for our own sakes, but also for the good of the entire of entire planet.

We drove slowly on a single-lane dirt road deeper and deeper into the wilderness with lodge pole pines, other towering giants, and yellow blooming rabbit brush slowly becoming our primary companions. Finally we arrived at what was to be our home: a beautiful wildflower-strewn meadow opening out from among the pines, high desert, at an altitude of 8,000 feet. A base camp had been set up the day before by the three-person team who would assist Anne in all of the tasks of guiding us through the ancient experience of the Vision Quest.

Many associate the Vision Quest with the rite Native American young males undertake as they pass from adolescence to manhood. Anne explained, however, that at the heart of the rite of the Vision Quest is the experience of marking the many transitions or border-crossings inherent in living life fully. She noted its overall general absence in mainstream culture. This fact has been cited by social critics as symptomatic of the lack of passage into full maturity by many who call themselves adults, even — and I might add all too frequently — those serving in positions of influence in church and society.

Each of us had prepared for this quest for an entire year with tasks that ranged from gathering equipment and filling out medical forms, to articulating our intention for undertaking this unique journey. The heart of it would be marked by exposure to the natural world inherent in living in the wilderness, three days and nights of intense solitude and a water-only fast to the extent one is able. (Naturally, the experience included a general "fast" from computers and smart phones imposed by the wilderness itself — a welcomed relief by many of us!)

After individual sites were set up around the base camp “kitchen,” the first of many gatherings in circle was called. The moment had come to articulate in the presence of one another as a community our intentions for undertaking this journey. Anne gently posed the question, “What is it that you can no longer live without? Why have you come?”

Around the circle we moved. One woman after another, each in a way uniquely suited to her own situation, expressed a moment of transition, a desire to live with integrity, a determination to live more fully. It was my turn to speak. I was marking a half-century of life as a member of the Dominican Sisters of Amityville, New York. For me the quest was a moment of celebration and an act of gratitude.

After all finished speaking, I could not help stepping back interiorly in order to take in the big picture. The lives of these women were far from “fabrication and fiction.” Their desire was a life “in focus;” their determination was to go “underground so that something new” would come forth. Thoreau said it this way: “I went to the woods because I wished to live deliberately, to front only the essential facts of life, and see if I could not learn what it had to teach, and not, when I came to die, discover that I had not lived.” The ancient pan-cultural ritual of the Vision Quest, however, was communal as well as personal. Its purpose was reminiscent of those acts performed by the prophets of old: to release the energy that would catapult not only those present but also the entire human community into a new way of intentional living with the larger community of life.

The initial days were spent preparing for what is known as “solo time.” These would be the three days and nights we would remove ourselves from the human community and live on Mother Earth with our only companions being the trees and birds and the rest of God’s creatures that inhabited the meadow, sisters and brothers to us as St. Francis wrote. We would be going backward — living literally on the land as did our ancestors — so that we might discover how to go forward — living into the future as individuals and as a people more fully in communion with ourselves, one another, the whole Earth community and the God who inheres in and vivifies it all.

September 1 marked the beginning of this solo time — the deepest part of the journey. It felt to me that Earth herself shuddered as the sun climbed up over the ridge of the meadow that morning. The strands of the universal web must have vibrated with delight and anticipation as in preparation for our disappearance into solo time. Prayers and desires were offered for the personal and political, the human and the other-than-human, the president and the pope. In the lives of us women a new world was already being born as we departed to listen, for the next three days and nights, to the silence of the wilderness without as well as within.

Transformation of one type or another awaited us all during those three days and nights. As we told our stories upon our return, we learned that each woman’s experience matched those very life situations upon which she focused. At the same time inherent within these very personal experiences were the seeds of a larger societal shift; for example: letting go of old ghosts which still haunt us (think Palestine and Israel); allowing the new to enter our lives (think welcoming the refugee); learning to see the ordinary things of life with new eyes (think treasuring the sacredness of the natural world).

Of course for these transformations to take hold, either personally or politically, they must be incorporated into the fabric of our lives on every level. I was particularly challenged in this regard by the trees which scatter the landscape leading into meadow. It came to me this way:

One walks the trail into this place as one would walk through a museum displaying
timeless, priceless, treasures.
Looking left and right here, there are myriad forms: majestic, unique, unparalleled in beauty.
They are golden, brown, and black.

Silently they shout of lightning, wind, and rain as the source of their origin and on-going becoming.
They are the fallen: trees: with all that remains exquisitely sculpted as could no human hand.
Seductively they draw me in.
Boldly they speak,
inquiring of my own openness to transformation.

We drove out of the wilderness together on the morning of September 6 holding within our beings the seeds of new beginnings for ourselves and the global community. I could not help but feel that Williams' summons to go underground had been heeded and was about to bear ever so much fruit.

[Margaret Galiardi, is a Dominican Sister from Amityville, New York, whose passion is the contemplative integration of justice and peace for people and planet. She is a “lover of the wild,” a spiritual director and workshop and retreat leader who has lectured nationally on the New Cosmology and the Christian Story. She spent a year living with the Trappistine monks in their monastery on the Lost Coast of Northern California in the Redwood Forest.] 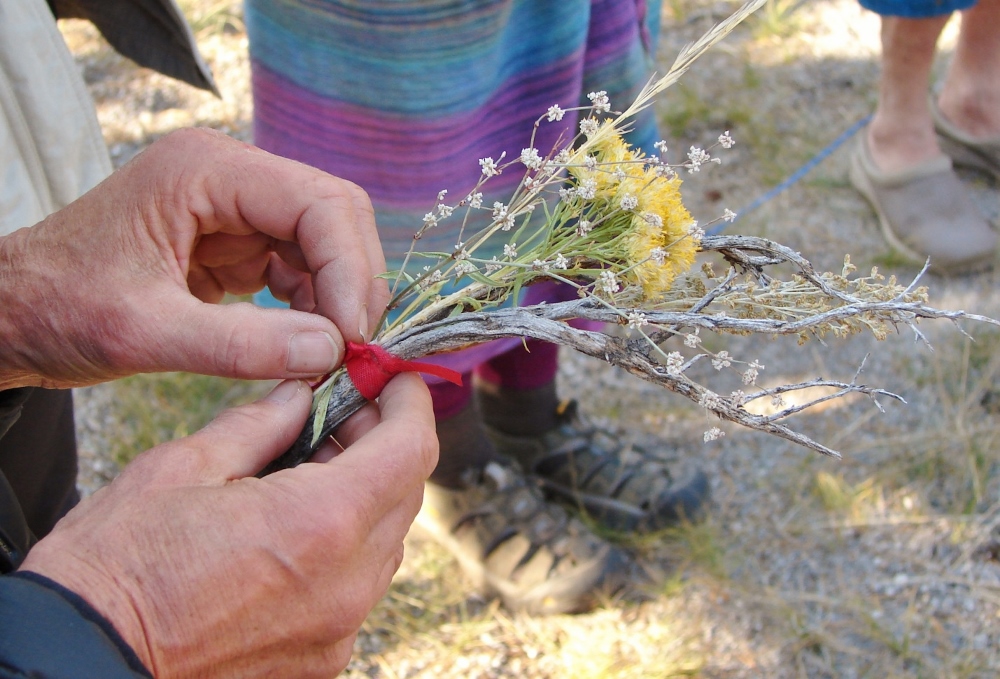 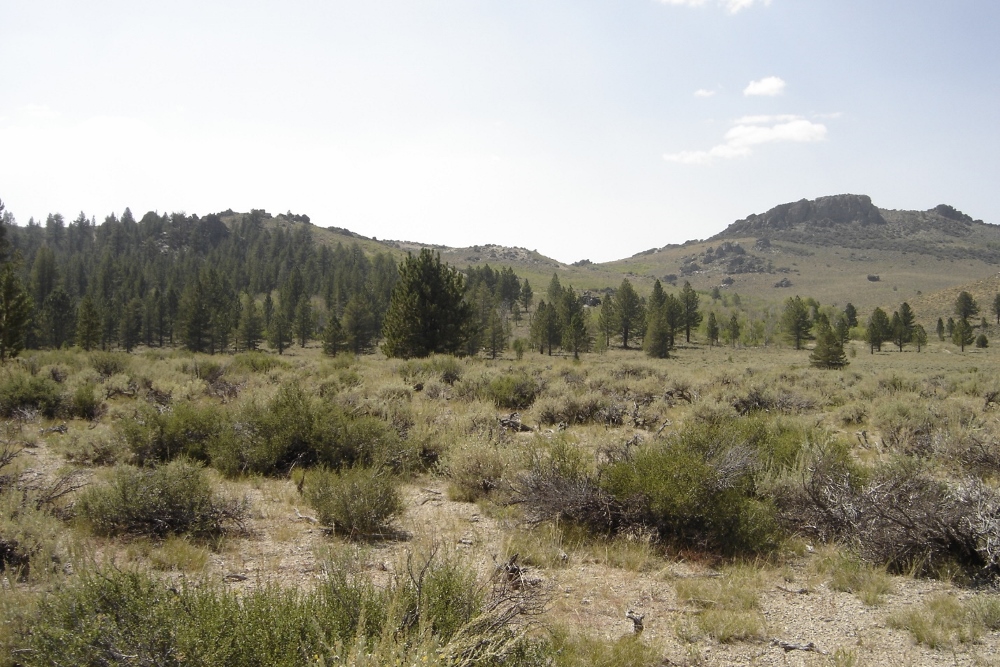 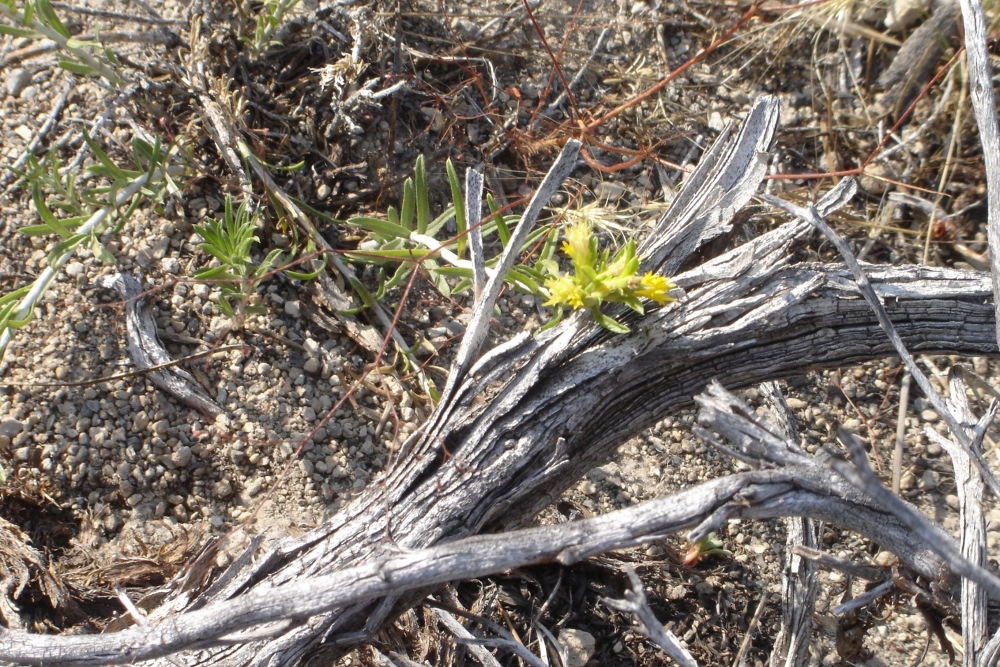 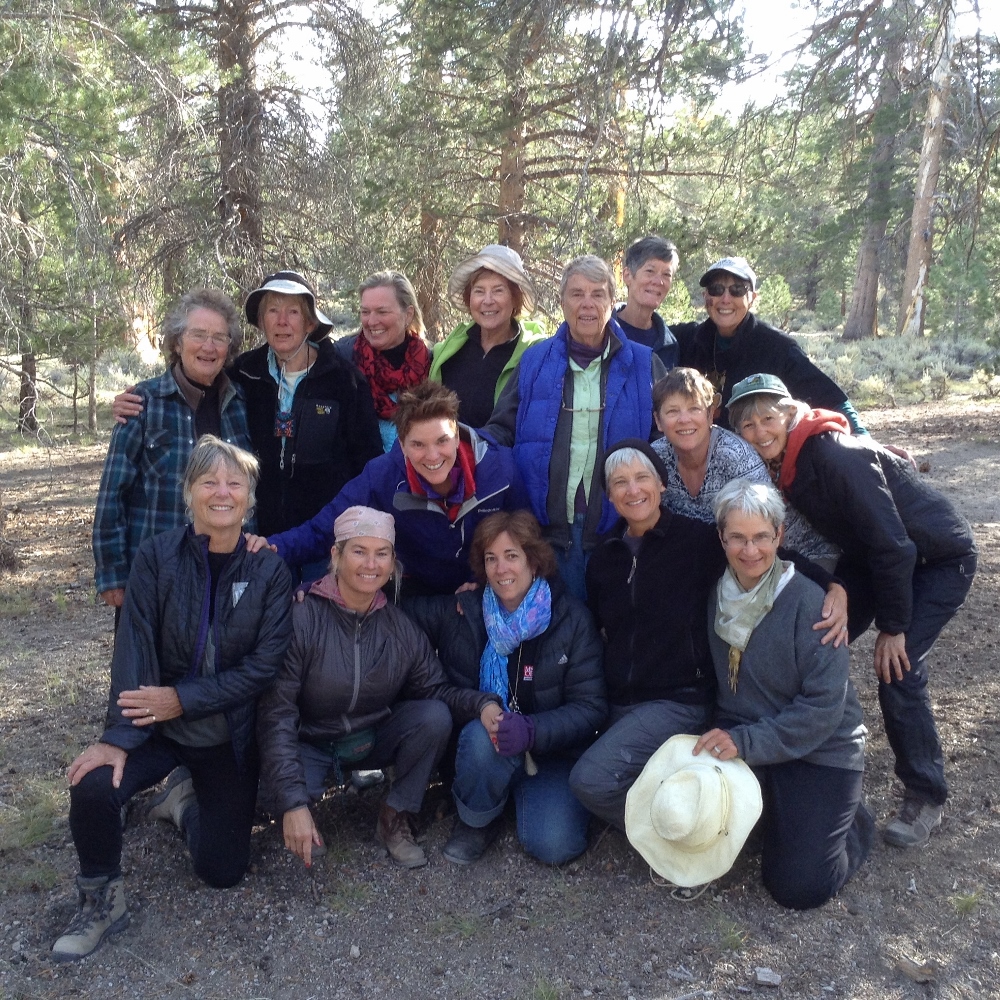