The path of holy disobedience 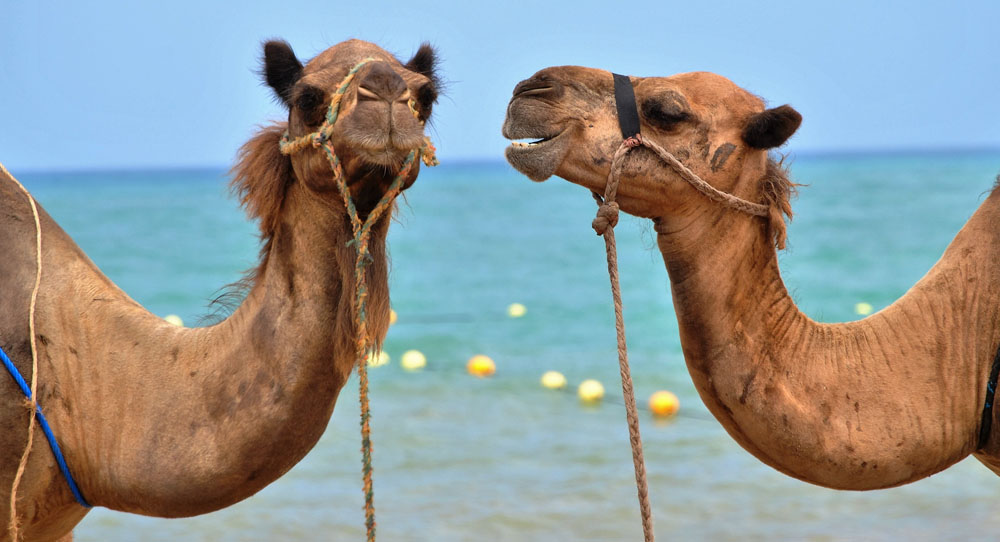 Shakespeare says, "An honest tale speeds best, being plainly told." Telling stories, a very feminine way of communicating wisdom, has always been very popular in India. I would like to tell the tale of my journey along the path of holy disobedience, from domesticating an unholy obedience to liberating holy disobedience.

Here is a parable from the Animal Kin-dom:

Girl Camel: "Why do we have these big three-toed feet?"

Mother Camel: "So that we can walk through the desert without sinking into the sand, love."

Girl Camel: (after a thoughtful pause) "Mother, why do we have these long, thick eyelashes?"

Mother Camel: "So we can go through desert sandstorms without hurting our eyes, dear."

Girl Camel: (quite puzzled): "Mother, why do we have these humps on our back?"

Mother Camel: "So we can walk all the way across the desert without being thirsty, sweetheart."

The question about the purpose of a camel's life challenged me to ask questions about the purpose of religious life. I began wondering what I was doing being a Carmelite, when I am expected to be a prophetic religious at the frontiers of change (in the desert), at the forefront of the burning issues of our times. As an Indian woman religious in the Catholic Church my context may be different, but I hope my story will inspire others to examine their own context and ask challenging camel-style questions.

I was raised in a traditional, pious Indian Catholic family in which women are socialized to play secondary, submissive roles. This was reinforced by some training processes for women religious which encouraged unquestioning submission to authority.

When we were expected to work as equal collaborators with priests, I became painfully aware of the handicap imposed by the gap in theological education. Questioning the inherent injustices in the hierarchical and patriarchal system led to a desire to explore feminism as a way to envision and bring about systemic change.

At that time it was hard to get permission to come to the United States to study feminism. I sent an email to the U.S. superior, asking her whether I could apply for admission to feminist studies in California. She wrote to my superior in India: "How dare she dream of going to California for studies even if she gets a scholarship! We have been here for the last 50 years and haven't even thought of dreaming to go to California."

"How dare she dream!" These authoritarian words were firmly imprinted in my mind. My dream was shattered: I was paralyzed and shocked. To which voice do I listen? The voice of my superiors, or the inner voice?

But I realized that it was God who gifted the dream and She was the one who provided the courage to dare. After repeated refusals, I placed full trust in God and flew to California, without any financial security or place to stay.

On the basis of my experience, the dean of studies at a theological seminary admitted me to the doctor of ministry program. When I asked him about finances he said, "God will provide on the journey to the unknown." God did miraculously provide tuition, a home and friends to provide moral support.

With the help of canon lawyers and spiritual directors (and the mantra "It is easier to ask for pardon than permission") I found loopholes to protect me from threats of dismissal from my religious congregation if I did not return to India immediately.

In my "disobedience" I began to wonder if I was being faithful to my religious commitment. Without any support from community, I experienced, in totally unexpected ways, the spiritual wisdom of the foundress of my congregation: "God will provide." I became convinced that the God who seeds the dream provides resources for its watering and flowering, if we listen and follow the Spirit.

After completing my doctorate in ministry, I returned to India, still a religious in good standing. Sometimes I was tempted to give up the dream; it would be easier to live a normal life. However, the dream has unfolded in amazing ways, and I am preparing to start an ashram movement in India, primarily to train prophets for holy disobedience.

The word obedience (from Latin, "to hear") involves listening to the Spirit speaking through the signs of the times and the silence of our hearts, and awakening to God's dream for us.

There is a kind of obedience that is liberating, achieved through dialogue, in a spirit of co-responsibility, between a religious member and leaders who help with discernment.

However, uncritical submission to the will of authority can be enslaving. As a good Catholic religious woman, I was taught that disobedience to religious authority was like disobeying God, reinforcing my childhood conditioning as an Indian girl — disobedience was selfish, wrong and evil.

John Bradshaw, a noted family therapist, notes that Christianity (through family, church, and school) teaches a theology of obedience that promotes submission to parental, civil and church authority. This enslaving obedience results in lethargy, timidity, loss of creativity, and suppression of desires, dreams, and inner voice. According to Jungian psychoanalyst Clarissa Pinkola Estes: "The most destructive cultural conditions for a woman to be born into and to live under are those that insist on obedience without consultation with one's soul."

Holy disobedience is not aggressive or violent, but assertive and compassionate. Freedom to follow our dreams can easily be interpreted as license, and the temptation to narcissistic individualism is very real, so we need external norms and regulations for human growth.

Jesus fearlessly disobeyed religious and political authorities, and conscientiously objected to the abuse of power. Since he was totally faithful to the inner voice of God he refused to submit to any oppressive tradition — the holy disobedient one par excellence!

Other kinds of obedience outside the scope of this short column include obedience to the state. Abuses under Nazi occupation come to mind. How many of us are what Sr. Joan Chittister calls "docile attendants of oppressive and unjust systems"? Obedience to attractive idols like movie stars and politicians are dangerous because we are blind to the power they hold to control our lives and dictate our dreams.

"Keep the rules and the rules will keep you" can cripple the souls of prophetic risk-takers, and keep them from confronting unjust situations, sometimes out of fear of punishment. Holy disobedience calls for a stance that evaluates and critiques the underlying values of any system.

It brings a sense of deep peace and harmony. Gandhi once remarked, "He may torture me, break my bones to atoms and even kill me. He will then have my dead body, not my obedience." Disobedient dreamers function as a questioning and prayerful presence in the world.

There are many ways to foster a culture of holy disobedience: listen to the inner voice, dare to dream, have the courage to persist. Ask "girl-camel" questions. Live simply. Love.

Lasting freedom can only be found in love. Every child, whether born in a Toronto neighborhood or in an Iraqi village, has a right to know that God is love.

[Margaret Gonsalves belongs to the Sisters for Christian Community, Washington D.C. (WEB Region). She is the founding president of ANNAI Charitable Trust and completed her Doctor of Ministry programme from SFTS. Presently she is networking with various newly founded women religious congregations for the empowerment of tribal/indigenous girls, including religious women, and she also conducts creative workshops/retreats, including MADness (Music-Art-Dance) and yoga for religious and others, nationwide and internationally.]

Spirituality | The path of holy disobedience

Being generous of spirit in light of donations

The music lesson, pinpoints of light

Q & A with Sr. Mary Ann Azanza, witness to the People Power Revolution