The wondrous season of Advent invites us to enter into deep time to reflect on our lives and our global reality. Many of the liturgical readings for Advent are taken from the book of Isaiah.

Although we do not know much about this prophet and are fairly certain that the final form of the book reflects the hands of many authors and editors, one thing is certain: the poet within the book offers us a vision of leadership that is timeless, transformative and prophetic.

The historical, political and social backdrop for the book of Isaiah reflects kings and military leaders jockeying for position in the arena of the ancient Near Eastern world. Lands are being conquered; people experience deportation and exile; famines, droughts and earthquakes devastate communities; the wealthy become richer at the expense of the poor; and leaders are more concerned with their own egos and the insatiable quest for more and more power instead of helping to sustain and develop the common good.

In many ways, this backdrop of the book of Isaiah seems to resemble our contemporary global reality, and just as a prophetic vision for a new kind of leadership went forth in the poet's day, so too this same vision goes forth again today as we grapple with terrorism, conflict, war, climate change, poverty, hunger and the inordinate use of power among many, but not all, heads of state today.

Several Isaian texts invite us to reflect upon the poet's vision of leadership. Isaiah 9:1-7 contains one of the most well-known poems of the entire book. In this poem, the poet envisions a new kind of leader, one who will liberate the people from oppression and put an end to warfare (Isaiah 9: 1-5). Unjust pain and suffering will come to an end.

This new leader, empowered and gifted by God, will work to establish lasting peace, which will be the fruit of justice and righteousness, two virtues by which the leader will lead. In Isaiah's day, the people suffered under the harsh rule of King Ahaz. This new anticipated leader and successor to Ahaz was probably Hezekiah.

The poet speaks to the type of leader needed for the ancient world and by extension, for our world today. The image of the "child" reminds us of the important role that adults play in helping young people grow up with a deep concern for the common good and a respect for all communities of life on the planet. Today's youth will be tomorrow's leaders, and we see clearly how one young leader of a rogue country is the antithesis of the poet's vision.

The child who led God's people into the way of peace (Isaiah 9:6) will now lead the rest of creation into peace (Isaiah 11:6). The poet's vision described in Isaiah 11:1-9 presents a marvelous picture of a new creation that comes to birth through the exercise of justice and righteousness. A new kind of leader, empowered by God's Spirit, will carry out decisions with power but without physical violence, and will be personally espoused to justice and righteousness.

Because of the good governance of the new leader, a new world order will be ushered in, one of peace and harmonious relationships, idyllically symbolized by animals in the natural world and the presence of a child among them. The hallmark of this new leader's power will be assertiveness and not aggression.

The poet's vision calls present day leaders to recognize that the fate of humanity and the natural world — hence, the entire planet — are inextricably linked and that good governance demands from others the justice and respect that all communities of life deserve, so that all creation can thrive and not just one nation's economy over another.

The poet's message is a clarion call to the current leadership of the world's most powerful nation, the United States, who is no longer a member of the Paris climate change agreement, and whose president's bullish rhetoric serves only to increase aggression that could lead to catastrophic annihilation, instead of much desired peace throughout the world.

This new type of leader that the poet envisions will also be a servant as described in the Isaian Servant Songs. The leader, as servant of all people, will bring forth justice to the nations and a societal order that addresses the needs and concerns of everyone. This person's task will be to liberate people from whatever binds them. The leader as servant is to be a light to the nations, a model of steadfast love, and someone who gives vision to people.

The power of the leader as servant will not be the power of arms and warfare; the power will be that of the Word. This new leader will be the one who speaks truth (Isaiah 50:4-9) to the power of others. Finally, the poet's suffering Servant Song (Isaiah 52:13—53:12) provides a glimpse at what the just and righteous leader will have to endure: great suffering for the sake of justice; rejection; oppression; affliction; the dilemma of being misunderstood; great anguish; and possibly even death (Isaiah 53:1-12). The call to leadership and the embrace of the office itself is a vocation, one that is never meant to be self-serving. It is a task that will cost not less than everything.

Thus, through a collection of wondrously crafted poems, the poet of Isaiah has shed light on the qualities of a new kind of leader whose mission is to bring forth a new teaching and a new way of life achieved not through violence but through patience, gentleness, persistence, faithfulness, and measured strength. This leader — this servant — is a prophetic figure for whom the world waits and in whom the world hopes.

What's important to remember is that our baptismal anointing calls us to be not only holy people but also leaders and prophets. The sacred Spirit rests not just in certain individuals but in the human community as a whole if only we say "yes" to the one who has already called us (Isaiah 6:8).

We would have a different world if our political, religious and social leaders who profess a faith tradition really understood the vision contained in their sacred texts. Furthermore, the United States, as a world power, as a "light to the nations," would be so much more effective if our current leadership understood and embraced the vision of the poet of Isaiah contained in the Bible, a book on which presidents down through the ages have placed their right hands as they took their oath of office.

This Advent, we need to ask ourselves: "How shall we act prophetically in regard to our world leaders today?" "How can each of us concretely live out the poet's vision of leadership so that collectively we can put an end to this old world order?"

Will this Christmas be merely a commemorative solemnity, or will it be a time when we embrace the poet's vision and call to be "light" to a nation, to a world, to a planet bound in shackles, waiting to be freed, and desperately trying to recover its sight? The choice is ours. What will we choose to do?

[Carol J. Dempsey of the Dominican Sisters of Caldwell, New Jersey, is professor of biblical studies at the University of Portland, Oregon. She earned her doctorate in biblical studies from the Catholic University of America in Washington, D.C., where she studied both Old and New Testament and biblical languages. She was a research fellow at Yale University from 1986-1989 and is the author of eight books, and edited five books in the Liturgical Press' Wisdom Bible Commentary Series.] 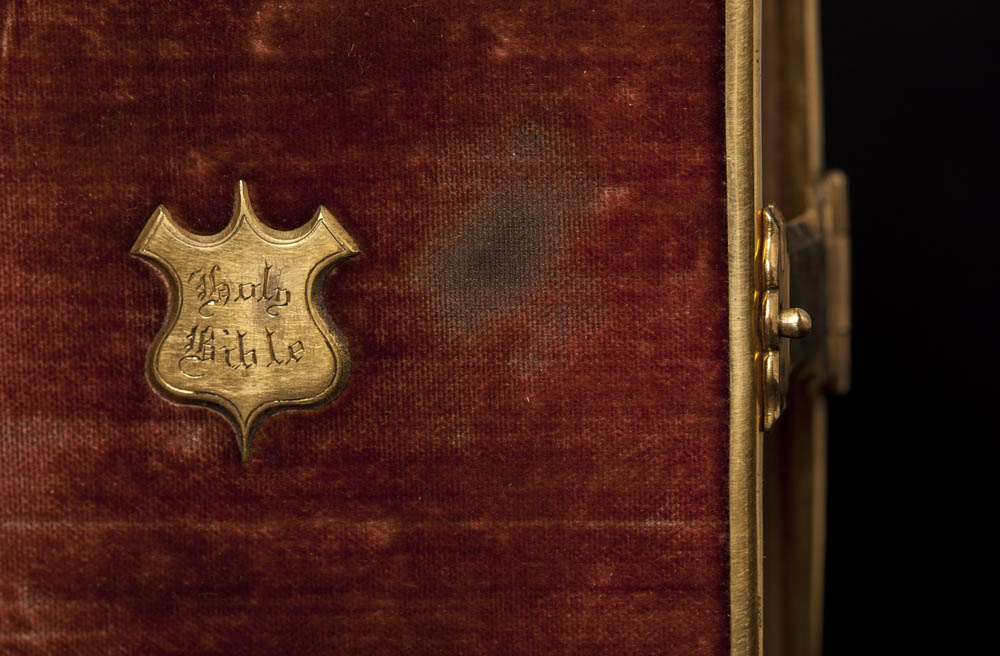