A prayer for the dawning of Easter 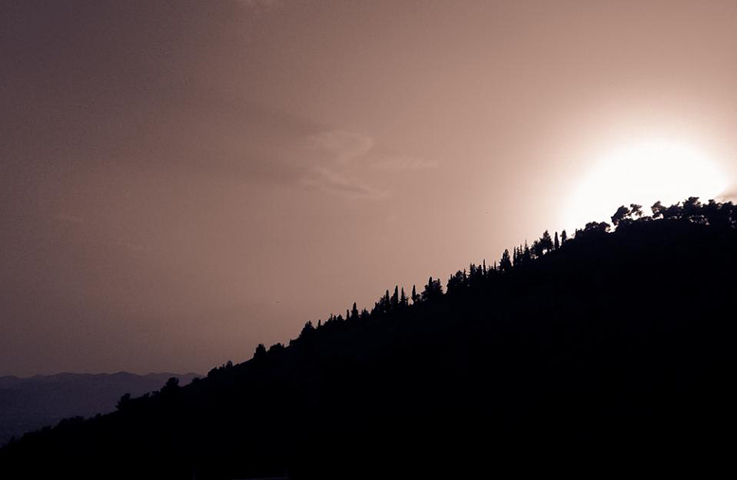 (Billy Onjea, via Unsplash.com and used under Creative Commons zero)

In the mid-1980s I traveled to Bolivia to visit a friend who was completing a term as a Maryknoll Associate. It was still the era of travel agents, and mine booked me from New York to Florida to Panama, then on to Bolivia — first Santa Cruz and then Cochabamba, my final destination. The further south I traveled, the less I was able to communicate adequately as my Spanish was pretty shaky.

Flight difficulties arose in Santa Cruz. I scanned the airport quickly for someone who was fluent in both Spanish and English so I could find out what was going on. I settled on a clearly North American-looking woman who was speaking "muy rapido" to an airline agent. She graciously filled me in, after which we began a conversation. As fate would have it she was from the same Brooklyn, New York, town in which I was born. She explained that she fell in love with a Bolivian man who was a missionary and so off to his country she went. She then informed me that she and her husband had just finished "preaching the Gospel to all of Bolivia" (her words exactly). I had boned up on my facts before my trip so I knew Bolivia has an area of 424,162 square miles. "A hefty feat," I thought to myself, and without realizing it must have expressed surprise on my face. Her response was to explain further: We rented a boat and sailed all of Bolivia's rivers, reading from the New Testament as we cruised past unpopulated shores (all 14,190 square miles, I wondered to myself). I said nothing more, tried desperately to "watch my face," and graciously (I hope) changed the subject.

My mind however, was skipping around like a jack-rabbit. My first thought was that could not have been what Jesus meant. The second followed almost unwillingly: All the goodwill not withstanding, what good is preaching if no one is around to listen? My favorite line from Paul VI's 1975 letter On Evangelization in the Modern World, was ringing in my ears: "What matters is to evangelize man's cultures not in a purely decorative way, as it were, by applying a thin veneer, but in a vital way, in depth and right to their very roots. . . " (20). I wondered: Was their effort, though no doubt filled with faith, naïve and of itself doomed to failure? I wondered what my friend and her Maryknoll colleagues would say about this.

This memory came roaring back to me recently when I watched an angry crowd chanting, "Build that wall;" and again when I learned of young American teenagers at a basketball game taunting Hispanic youth: "We're going to build a wall that will keep you out." I wondered to myself: Have the efforts of the churches, and the synagogues and mosques as well, been any more than decorative, applying a thin veneer to a culture whose people are in desperate need of a deep capacity to recognize "the other" as sister and brother? Have our churches ignored Paul VI's reminder that the one to be evangelized is "not an abstract being, but subject to social and economic questions" and that "there are profound links between evangelization and human advancement. . . " (31)?

It was never meant to be amusing to say that Catholic social teaching is the best kept secret of our church. Now we are witnessing the deadly absence of these truths untold in audiences jeering as they attend debates, in verbal attacks of rivals and members of different nationalities and faiths, in rallies violently disrupted, and in actions in flagrant disregard of the U.S. Constitution.

There are Psalms of the lament in the Hebrew Scriptures. Scholars tell us these include the elements of a direct address to God which expresses our complaints, afflictions and pain; a request for help; an articulated reminder to God of God's obligations to us; and finally a turn to God in hope. In a book of Zen-inspired translations of the Psalms, author Norman Fischer suggests these words for Psalm 51, a traditional psalm of lament:

Cleanse me, squeeze the poison out
for of my twistedness I am painfully aware . . . .
clarify my tangles and snarls
so they do not pull or strangle
and my heart becomes clear
and my spirit new.

[Margaret Galiardi, is a Dominican Sister from Amityville, New York, whose passion is the contemplative integration of justice and peace for people and planet. She is a “lover of the wild,” a spiritual director and workshop and retreat leader who has lectured nationally on the New Cosmology and the Christian Story. She spent a year living with the Trappistine monks in their monastery on the Lost Coast of Northern California in the Redwood Forest.]

Spirituality | A prayer for the dawning of Easter

Not just a voice crying out in the wilderness

My approach to Lent this year

A world without gender