We must recognize the full human equality of all of our people — before God, before the law, and in the councils of government. We must do this, not because it is economically advantageous, although it is; not because the laws of God command it, although they do; not because people in other lands wish it so. We must do it for the single and fundamental reason that it is the RIGHT thing to do.

I had just been sent out on mission when Robert F. Kennedy spoke those words in 1966, but I had heard the same message at table reading during the years of my postulate, novitiate, and junior sister formation at the motherhouse.

As we ate our meals in silence, one sister would read aloud from books selected by our wise and forward-looking formation directors. We heard a lot about what was happening at the Second Vatican Council, and what we heard affirmed that we humans achieve our greatest dignity when we choose what is good and right. Robert F. Kennedy and the Second Vatican Council were on the same page.

At the motherhouse, we never listened to a book by RFK at table reading, but his message about the pursuit of justice, the search for a better world, and the vision of a gentle and honorable life was incorporated in our formation program.

His words and my religious formation experience coincided once again this year on June 6 at Arlington National Cemetery in Washington, D.C., when Robert F. Kennedy's family and friends hosted a remembrance and celebration of his life. That day, 50 years earlier, RFK entered into eternal life, felled by an assassin's bullet.

In addition to musical performances, the remembrance ceremony featured quotes from his public speeches around the globe, read by prominent lawmakers and social leaders, such as Dolores Huerta, co-founder of the National Farmworkers Association, and Emma Gonzalez, an 18-year-old advocate for gun control who survived the high school shooting in Parkland, Florida.

In his address, former President Bill Clinton said that Robert Kennedy's words are "as relevant as ever," as seen in current national and world events. Rejection of "the other" and even white supremacy seem to have become legitimized during the last few years. Clinton closed his speech with a call for hope. "We have got to stop hating each other. It's bad for us," Clinton said.

As I sat among more than a thousand guests in the Memorial Amphitheatre, I reminisced about the stories I had heard about RFK and his family. Bobby Kennedy was often called the most religious of the Kennedy clan, except, of course, for Rose, the matriarch, who pulled young Bobby out of an Anglican grade school, because she didn't like the Bible the school was using, and then enrolled him in a Catholic school.

In her introduction of the service (it was like a prayer service for me), Kathleen Kennedy Townsend, former lieutenant governor of Maryland and the oldest of Bobby and Ethel's 11 children, gave a small glimpse of her childhood with her beloved father. Perhaps because I was close to my own father or because her family calls Kathleen "the nun," I resonated with Kathleen and simply loved her story.

Kathleen described RFK as a loving father and family man. In their home, Kathleen described how her bedroom was next to her father's room, a combination study and exercise area. "On many mornings," Kathleen said, "I would awake to hear various sounds coming from the next room. My father, a great lover of literature, would be reciting Shakespeare or some passage from a Latin or Greek text as he was working out."

Her vignette brought out a private moment of RFK, not only a wise statesman and humanitarian, but also a scholarly and reflective man. Yet he could relate personally to common, ordinary individuals and their concerns, as he did in the poverty tour during his presidential campaign.

I have thought about what RFK stood for, the ideals and values he inspired, and the legacy he gave to our nation and the world. In announcing to the African American community in Indianapolis the news of Martin Luther King Jr.'s death in 1968, he said:

The message I heard at the Arlington celebration is also the message I received in my religious formation training. The Gospel calls us to replace hatred and aggression with love and non-violence. Jesus' life is an example of concern for the disadvantaged, compassion toward one another, justice and an outstretched hand to all.

Thank you, Robert F. Kennedy, for showing us how to live the Gospel. 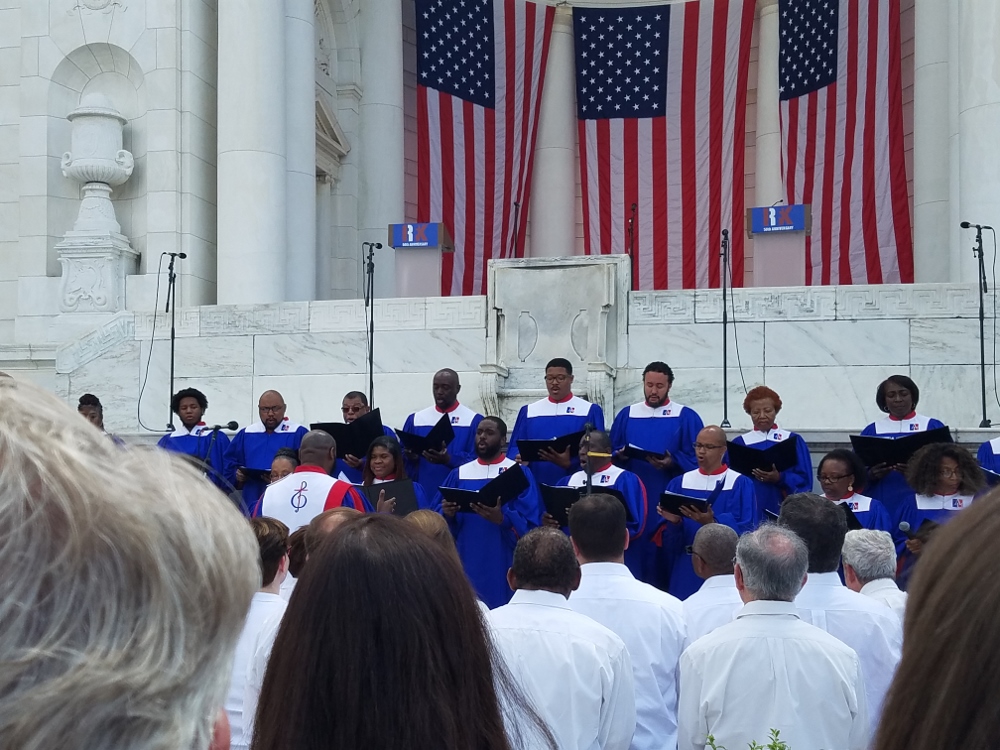 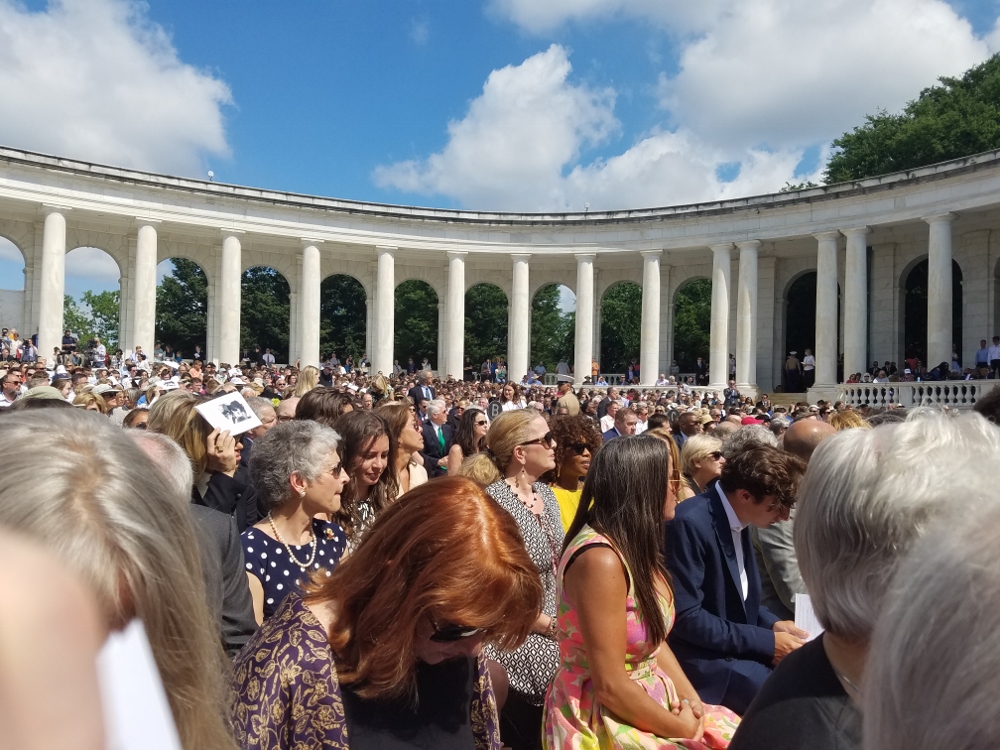