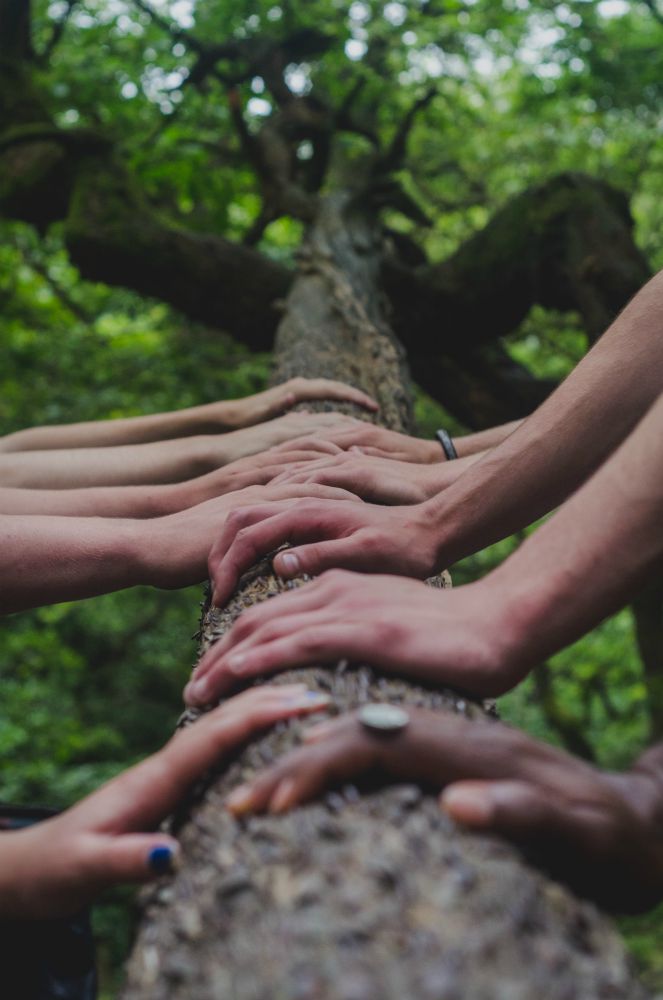 Every year on May 31, my siblings and I celebrate my Mom's death anniversary. This year, I suggested that we celebrate it differently, with each of us planning a visit to the needy and forgotten in memory of Mary's visit to Elizabeth. I called it a "Feast of Solidarity."

For the last few years, during summer vacation, my elder sister has been insisting that I should visit Sister Sandy (name changed). So finally, this year I visited her.

While still a member of her former congregation she felt a "call within a call" and wanted to pursue higher studies. When her community leaders did not approve her plan, she left and joined another congregation where she successfully completed a Ph.D. in English literature. Sandy — still a religious and still close to the poor — presently works as a professor in a Jesuit university in India.

I could empathize with her aches and pains, struggles and achievements. Our visit was definitely a celebration of a Feast of Solidarity between two sisters, if not prophets.

We resonated with each other's call within a call to witness Jesus' non-institutional living and his spreading of the good news that God is passionately busy loving cosmic citizens, including stones, fish, birds and flowers.

We could easily agree with Arturo Paoli that "to be religious is to give your life, so that the world may be more at peace; it is to prevent egoistical and self-serving ends from disrupting the harmony of the whole." Arturo's words reaffirm what Jesus promised, "The new heavens and new Earth, the place where Justice will be at home" (2 Peter 3:13).

In responding to our call within a call, we experience "homecoming" in our body. We do justice to our bodies, giving them permission to be at home with whatever we are and whatever we have.

Sister Sandy feels that her small acts of justice with kindness are creating a space where compassion through justice, peace through beauty, and celebrations through reverence for all — are experienced as a new heaven and new Earth.

Tiny acts of kindness and solidarity remind us of the quote usually attributed to anthropologist Margaret Mead: "Never doubt that a small group of thoughtful committed citizens can change the world; indeed, it's the only thing that ever has."

Life seems to reward everyone who breaks open the meaning of life, not by discovering but by molding.

Sandy and I have learned to trust our own uniqueness and to seek the appropriate time and context where innovation is valued.

When I was president of the Vasai local unit of the Conference of Religious, India (CRI), I was encouraged by the bishop and the episcopal vicar (a Jesuit priest) to pioneer the first CRI Bulletin at a time when not even the national body of the CRI had thought of it.

Learning about the pathological situation of women religious in the diocese of Vasai, and having witnessed their life from close quarters, while editing the articles I was inspired to write the "Ten Commandments" as follows:

Our solidarity with the poor and marginalized should ignite the fresh fire of spiritual ashram from an Indian perspective, where women will be trained:

To birth a new vision for the liberation of the masses of women from centuries of patriarchal slavery and oppression and promote a culture that respects women as equal to men in every sphere of life — giving full recognition to the multidimensional contributions which women make to the family, the work place and society.

To promote a holistic perspective of the Indian woman who is spiritually awakened, intellectually enlightened, emotionally mature, socially sensitive and humanly creative. A woman who dares to look at her own reality and predicament in the modern world, to understand its possibilities and limits and take her own creative initiatives to give shape to new paradigms of women's life.

In order to infiltrate the invisible world, we have to live in the present. When our ego moves from the chauffeur's seat to the traveler's seat, we become aware that the universe has a vast conspiracy to drop us at the doorstep of greater good. With a graceful bow, we learn to say good-bye to the fleshpots of Egypt and let in that with which the entire universe wants to gift us.

In this way we are creating a safe world for women. By working through our ashram initiatives (instead of living in convents) "women healing women" has helped to make them aware of their inner power, and released the abundance of their creativity and generosity.

Now, what is this ashram that I envisage? An ashram is not a convent or a seminary. It is a place, an open garden to promote the spirituality of solidarity. A place to encourage women and men to turn away from the mad fever for power and domination and work toward giving themselves up to discovering the meaning and purpose of life itself.

It is a place to explore the alliance of Nar-Nari-Nisarg-Ishwar (man-woman-nature-God) spirituality that is both environmentally sensitive and truly liberating and humanizing for women and men as partners.

Finally, the ashram is a place to prepare leaders to speak truth to power, by giving them inner freedom, prophetic vision, minds of their own, and the courage to assert themselves publically. It is a place to foster the upsurge of feminine perspectives that offer alternative ways to critique patriarchy.

Spirituality | Solidarity is the way to religious life

My family and the Sacred Heart