Kenyans, hard pressed to define terms such as servant of God, canonization and sainthood, were full of wonder as they witnessed the first beatification in their country on May 23 in a Mass that attracted more than 100,000 people to the Dedan Kimathi University campus in Nyeri.

Sr. Irene Stefani, an Italian nun known for walking long distances to minister to the sick, measured her journeys by how many rosaries she said on her way. The miracle attributed to her occurred in 1989 during the Mozambique civil war. A group of 270 people trapped inside a parish church in Nipepe prayed for Sr. Irene’s help. The contents of the Holy Water font increased and sustained the crowd for four days until help arrived.

Beatification is the final step before a prospective saint can be canonized.

Having put aside their political, religious and ethnic differences, Kenyans spoke one language of love on this recent day in May as they witnessed the beatification on their own soil.

But what I marveled at most was the speed in which the news of the beatification spread. How everybody, and I mean everybody, talked of it. I couldn’t be left behind either. I phoned Sr. Salecia Mgaya, a Consolata Missionary and a native of Tanzania. As a student in Rome in the early 1990s, Mgaya wanted to base her thesis on Sr. Irene Stefani’s missionary life and model as an effective evangelist.

“The lecturer, a Jesuit priest, was suggesting names of great missionaries, like Comboni, Peter Claver, Dominic Savio, Joseph Allamano, but I said, ‘No, I must write about Sr. Irene,’” Mgaya said. “I dug a lot, a lot, to have more information about her back in 1995,” she emphasizes. “After completion, my professor requested for a copy.”

At a tender age, Mgaya came across a book, Mama mwenye huruma (“Mother of mercy”) on the life of Sr. Stefani written by Sr. Jamina Paul, a Consolata Missionary as well. Mgaya made up her mind then to join the Consolatas, which she did in 1989.

Sr. Irene Stefani was born in 1891, and left her home of Anfo in Italy to join the Consolata Missionaries in Turin in 1911. In 1914 she made her first vows and in the following year she left for Kenya by ship and arrived in Mombasa through Tanzania. After World War I, she went to Nyeri to assist in training a newly established congregation of Mary Immaculate Sisters. After a year, she was appointed to Gikondi in 1920.

There, she became fluent in the local language of Gikuyu and was nicknamed “Nyaatha,” meaning Mother of Mercy.

“These are the shoes she wore,” Mgaya said, pointing to a picture in a book. “And she was always in this hat because, for her, she wanted to reach out to the people whether it was a sunny or rainy day. Nothing could prevent her from going to the people,” she said.

She traveled long distances to visit and treat the sick with a cheerful heart. It is here she practiced her motto:

“She could tell how long she has walked by the number of rosaries she was able to recite, Mgaya explained. “Even if she was called for a sick call while having a meal, she would leave her food, act as if she was picking something around the compound and rush to treat the patient,” she said.

“Sr. Nyaatha knew by name all the members of a family in the locality. Whenever she visited a home and found a member missing, she would inquire after their whereabouts. Some people called her secretary of the people because drafts of letters on pieces of paper were found in her room.”

Those days the locals did not know how to read or write, so Irene would write letters to their sons who had gone to the city in search of jobs.

While treating a teacher, she contracted a plague that would lead to her death on Oct. 31, 1930. She was buried at Mathari diocesan cemetery.

This story of Sr. Irene’s devotion explains why Dedan Kimathi University was packed to the brim with worshippers from all walks of life to witness the beatification ceremony. Dignitaries at the historic event included the Archbishop of Dar es Salaam, Tanzania, who was the pope’s delegate; Polycarp Cardinal Pengo; the Apostolic Nuncio to Kenya and South Sudan, Archbishop Charles Balvo; Kenya’s President Uhuru Kenyatta, and former president Mwai Kibaki. Archbishop of Nairobi, John Cardinal Njue, presided over the Mass.

In his speech, President Kenyatta said that although Blessed Sr. Irene had a better life back in Italy, she decided to forgo the comfort of her family to follow God’s calling to serve in Africa, where she knew nobody.

In a land marked by terrorist attacks and radicalization, he called on the Kenyan people to be tolerant with each other’s faith, adding that the constitution guarantees freedom of worship and that no religion is better than others.

On the following day, Sunday, May 24, a procession began at 7 a.m. to carry the blessed remains of Sr. Irene. Pilgrims braved morning showers and processed from Mathari Church, where the relics had been since they were exhumed in 1995, to Our Lady of Consolata Cathedral in Nyeri, (approximately 50 km / 31 miles). They were placed in a new tomb, which will be designated as a shrine.

Sr. Irene’s beatification may open the door to others in Kenya. During the struggle for Kenya’s independence, the same period of the rise of Christianity, members of the faith were put to the test. The Mau Mau, a loose organization that spearheaded the push for freedom from British colonial rule, developed secret loyalty oaths to fend off betrayal in the general population. The oaths carried conditions that were considered sacrilegious to Christians.

People were required to kill non-Mau Mau’s (especially Europeans), steal property to enrich the movement, keep away from mission schools or church services and denounce their faith. These new Christians refused to take the oath, choosing to die rather than give up their new-found faith.

Several of these faithful were evangelized by Sr. Irene and may earn the Vatican’s designation as martyr – the highest form of Christian witness.

[Adelaide Ndilu is a Sister of the Immaculate Heart of Mary and the administrator of Radio Waumini in Nairobi, Kenya.] 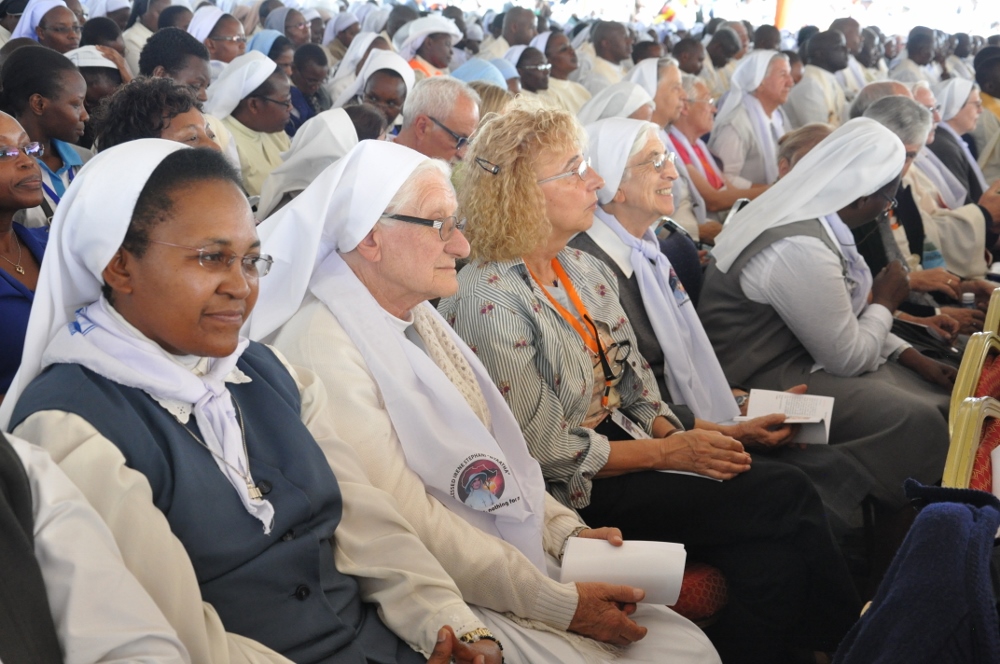 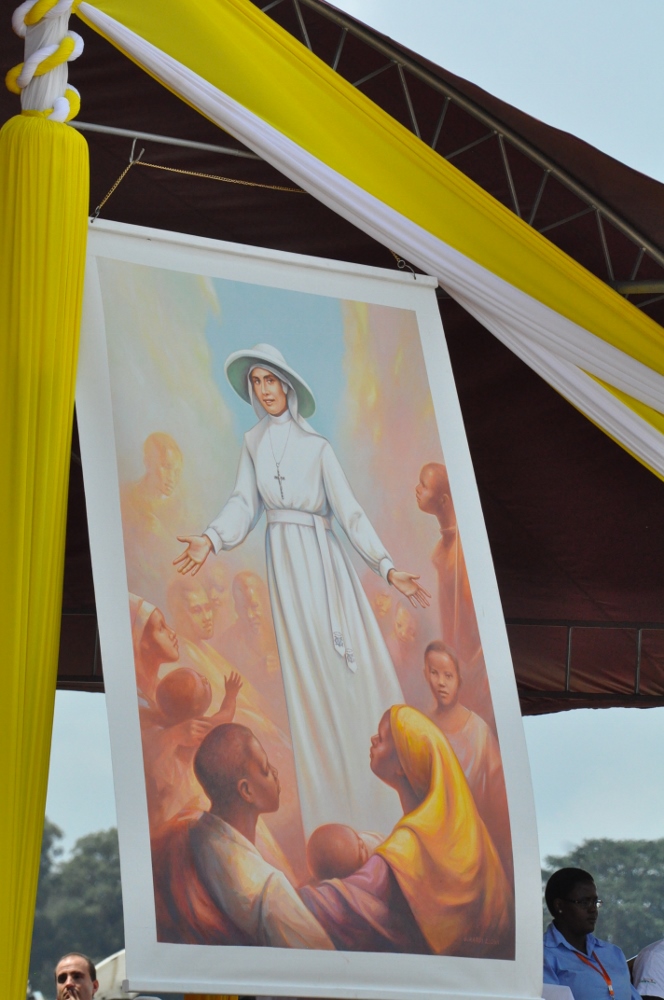 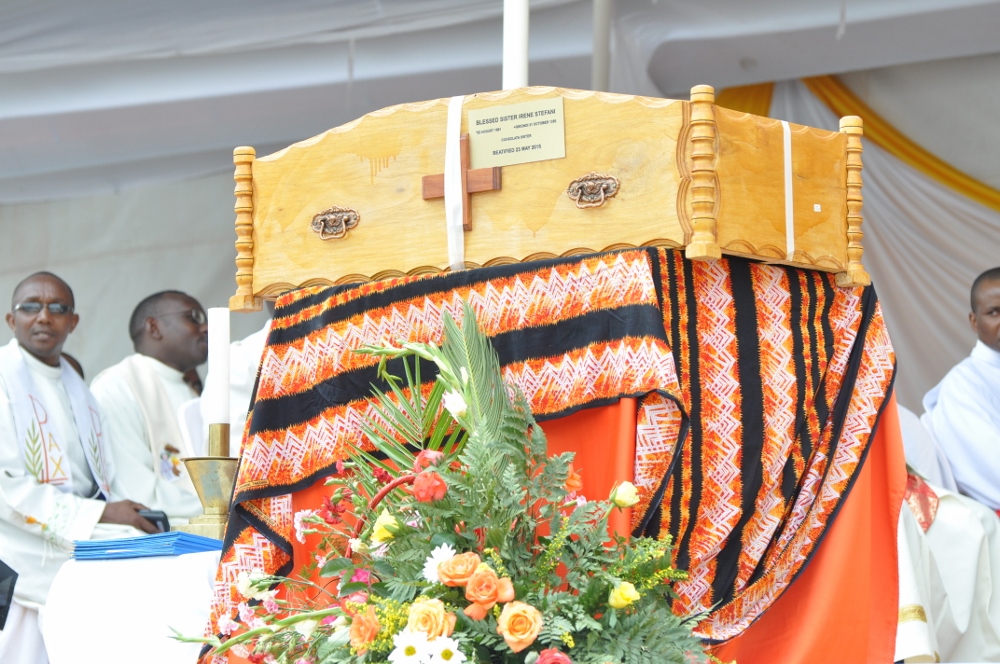