Time to awaken to a new day 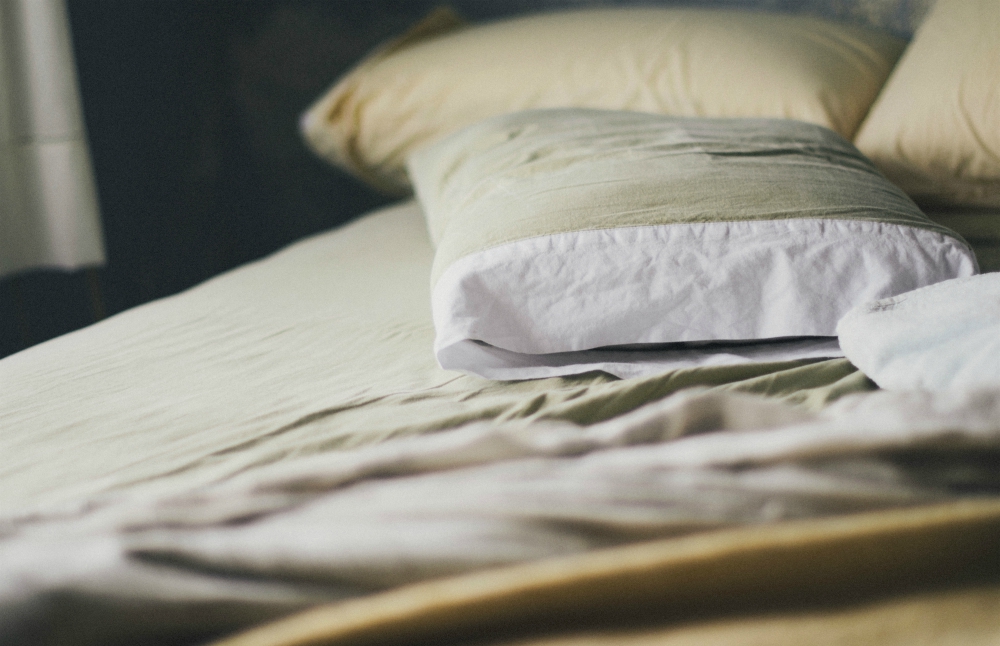 It was one of those frustrating nights of fitful sleep. Whoever said you don't need as much sleep when you get older? I think you still need as much sleep but you take it in smaller doses, and not a solid eight hours for an entire night.

That usually works for me, but not on this night. The naps were great, but the actual going to bed was more fitful; I got up, dozed off with the TV going in the background, and after a few rounds of that, I went to bed.

On workdays, I never want to be late, so when one of these fitful nights hits, I just make sure that my last hour or so is actually in bed since I know my trusty clock radio is awake, on duty, and never fails to sound the 5 a.m. hour.

This clock radio friend is still going strong. I got it as a going-away gift from some sisters when I had a change in ministry locations. The LED display amazingly still shines the digital time clearly after all those years.

Let's see, that was about 33 years ago. That's the age of Jesus during his public ministry. Is there a connection between Christ and my clock radio?

There's no doubt: The purpose of an alarm clock is to call you. The calling mechanism can be a strident beep-beep, a compelling solid tone, or music on the radio. I choose music. The alarm is faithful as long as it's set properly (e.g. for a.m., not p.m.); you can sleep in confidence that the alarm will be faithful.

Although Jesus' faithfulness is no alarm clock, he has abiding attentiveness to be a servant for everyone else and to be available. We know from Scripture that Jesus was able to sleep through a storm: "A great windstorm arose ... but he was in the stern, asleep. ... They woke him up ... 'Why are you afraid? Have you still no faith?'" (Mark 4:37-40). Was he just dead tired? Or just unshakable?

"Jesus Christ is the same yesterday and today and forever." (Hebrews 13:8)

For 33 years, I've relied on this trusted clock radio. There's comfort in the consistency of that. There's comfort also in knowing that Jesus doesn't change. I heard an Indian swami one time who said, "What we want is changing; that we want is changeless." I've never forgotten that. Well, at least we're consistent — we keep wanting something. Jesus wants one thing: that we love as our way of life. The clock radio is also of single purpose.

When the room is the darkest, 1:11 shows on the clock, and 10:28 makes the room brightest. Think about it. Even that miniscule 1:11 LED light shines through the darkness of the room to provide a reassuring presence.

Don't you appreciate persons who are a reassuring presence? Jesus is that — and much more.

The alarm goes off and a new day gets underway that is ready to receive your best efforts, your best thinking and your best self.

Snooze buttons just delay the inevitable. You have to get up at some point, so why continue to lie in bed not really sleeping but waiting out the extra nine minutes until the alarm sounds again? That's nine minutes delaying what I want to accomplish that day.

I wonder if Jesus slept very much. New Testament accounts indicate that he sometimes prayed all night. I've never done that. In my hospital CEO days long ago, I held around-the-clock update meetings on all three shifts a couple times each year to meet folks and to give them an update about the organization; I especially enjoyed experiencing the world and talking with folks on the night shift. But if I started the meetings with the day shift, I ran out of gas. What worked for me was starting with the night shift, going through the day ahead, and ending by 9:00 p.m. Maybe Jesus operated on a similar method.

My clock works fine until the power goes out. Jesus worked fine and accurately until the power went out of him at the Crucifixion. But what a Resurrection power surge came next! It was then that folks widely began to understand who he was, wrapped in his mission of love. His becoming one of us, his public life of miracles, his ministry of example, all demonstrate that actions really do speak louder than words.

Power is needed for a clock radio; otherwise, it sits there like a table decoration. Perhaps it has its own resurrection each minute that electric power is on.

As a youngster, I attended Little Flower Catholic School. We were taught to appreciate our parish patron, St. Thérèse Lisieux, canonized in 1925; our parish was established in 1928 as the first public recognition of her sainthood in the Diocese of Toledo, Ohio.

Among the lore and lure of her as a contemporary saint, we learned details that I still remember to this day. Neighborhood public school kids taunted us, saying that we attended "Little Weed School." Indignantly, we defended our patron and insisted that St. Thérèse just saw herself as "the Little Flower of Jesus" who glorified God by being her most beautiful self among other flowers in the garden. That generated doubled-over laughter from the others, but we were undaunted in defending our school's patron.

We also learned that despite dying at a very young age, Thérèse was not only canonized but also declared patron of the missions — which she never visited. She's pictured holding red roses, which she drops down from heaven when we need it most, true to her Little Flower name. As kids, we thought that was incredible.

If we came to school on the draggy side and didn't show much pep, Sister reminded us, "The Little Flower jumped out of her bed each morning as if it was on fire. Do you?"

Of course, we all said, "Yes, Sister," but in our hearts we knew that was fantasy as we relished the thought of our comfy and warm beds. And wished we were there.

Tonight I will set the trusty clock radio alarm, still going strong after more than 30 years, and like the Psalmist, I will "not forget all his benefits" (Psalm 103:2). I know that tomorrow morning this alarm will really be Jesus calling to a new day of life, of love, and of ministry.

Spirituality | Time to awaken to a new day

Q & A with Sr. Ann Therese Kelly, teaching the art of stained glass