Wear yoga: One size fits all 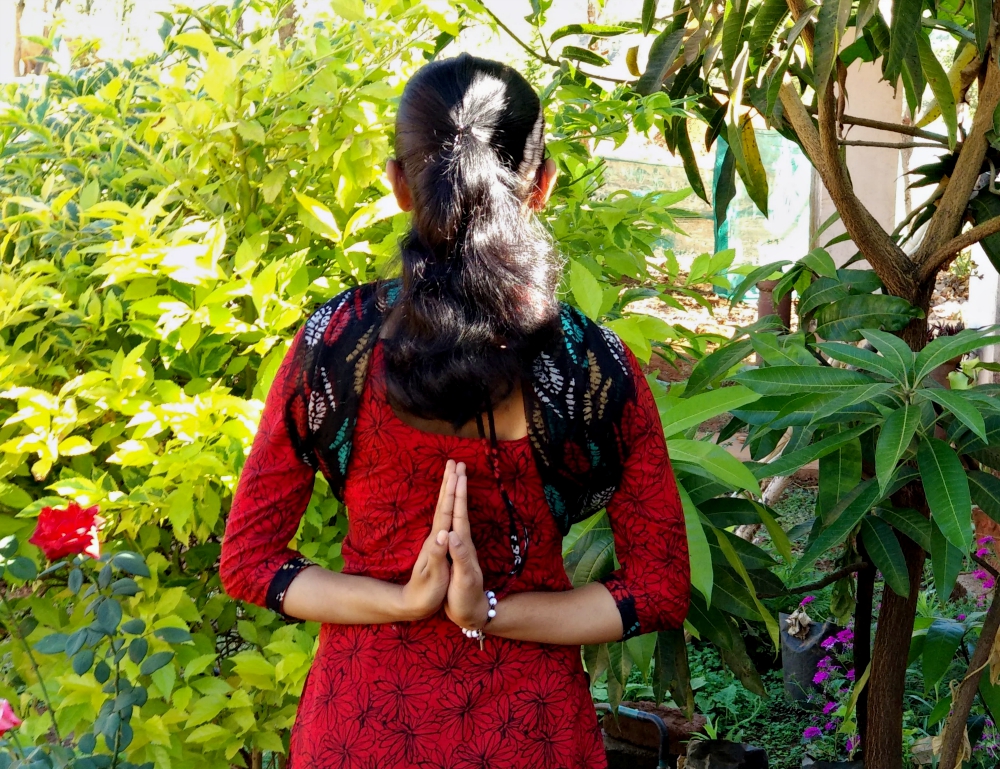 My introduction to yoga took place accidentally. In April 2004, I came back to India from California after completing my Doctor of Ministry degree.

I had gone to the U.S. in my Indian "slim and trim" size and returned in a bumper size. With the surplus fat in my body, I was getting breathless and was finding it difficult to climb even five steps at a time.

I went to see a physician, who diagnosed hypothyroid and recommended taking thyroxine lifelong. Since childhood, I have been reluctant to take any medicine, so I asked the doctor about some alternative options. Among all the alternatives suggested, I opted for yoga.

As a practice, yoga is a technique developed by the sages to help us awaken our latent abilities, to fortify our body, to concentrate our mind, and to unlock our infinite potential to anything we wish to become.

I went for an eight-day intensive yoga healing therapy as part of my treatment. After I experienced the healing benefits of doing yoga regularly, I decided to do a monthlong intensive yoga teachers' training at the same institute.

When I was working in collaboration with a nongovernmental organization, the owner was a charismatic prayer leader who objected to yoga being done on the premises. Catholic charismatic groups have branded yoga as the work of the evil spirit, or "New Age" spirituality, or something that belongs to cults or the Hindu religion. However, seeing my interest in empowering women through health training, he suggested that I use the term "physical exercise" or "stretches."

Yoga Day has been celebrated annually on June 21 since its inception in 2015, and 177 countries have officially accepted yoga across the world. I am still confused about why the church or the charismatic groups are afraid of yoga, in spite of its significance to promoting global health, communal harmony and world peace.

The ideology and observance of yoga are not just for Hindus. Yoga has enhanced the spiritual lives of people from every religion. For centuries, yoga has been a part of ancient India's most lasting legacy of a welcoming (not deporting!) homecoming for all living beings as citizens of the planet.

During my yoga teachers' training, we learned an amazing number of its core texts drawn from the Yoga Sutras, Bhagavad Gita, works of leading pundits, and the lived experience of practitioners worldwide.

Since childhood, I have been hearing the Marathi poet Mangesh Padgaonkar asking an apt question in one of his devotional songs: "Why do you search for God in Rameshwar and Ganges and Himalayas, when he/she is residing and hungry in your own heart?"

Yoga teaches us to look for the Divine in the blooming of flowers, the stillness of the flowing river, the wriggling of worms, the rustling of leaves and the twinkling stars; these are the faces of the Adored. Just as Sufism in the Islamic tradition has always been a unifying force, so is yoga in the Hindu tradition.

Today, when the communal disharmony of "my religion versus your religion" is at its peak everywhere, a way to life that does not involve a religion is a "Yoga Way of Life: One Size Fits All," since there is no dogma, only daily introspection on its Eight Limbs:

Jesus of Nazareth went beyond religious thought or dogma. His aim was to awaken and stimulate all the good and inherent powers in people. Nondogmatic methods of prayer and reflection engage with what is moving in our hearts, discerning which movements are coming from the deepest core of our being where God is indwelling.

The yoga way of living is an adventure in which you become fully aware of the person you are created to be, and truly experience the Cosmic Christ consciousness — the highest state of intellectual and emotional maturity. Consciousness encompasses the universe, helping us to be more awake and to discover the spark of divinity burning in our hearts.

The fourth limb of yoga is pranayama: breathing. These techniques remind me of Hildegard von Bingen, who said, "I am a feather on the breath of God."

Breathing, being the powerhouse to spiritual transformation, has infused in me compassionate love, full of warmth and healing for myself and my surroundings.

Recently in India, there was an ugly and hysterical reaction to yoga by religious fundamentalists. It was a reaction toward the prime minister's apparently politically motivated call to implement yoga in schools on June 21. This seemed to make celebrating yoga day obligatory, but the government of India then announced that it was only "strongly recommended."

The key benefit of practicing yoga for me has been the expansion of consciousness that ultimately results in spiritual evolution. Sri M, a spiritual guide, social reformer and educationist says, "At its heart, yoga is about the quest for awakening wherein the practitioner experiences his oneness with nature and recognizes the spark of the divine in all beings."

If yoga is made part of the school curriculum in India — without a political agenda — I think Indians could discover a gold mine of physiological, medical, cultural, political, ecological and metaphysical health for all.

Through our healthy breathing patterns, we will become deeply aware that every life matters. We are interconnected to the web of life as we inhale the life-giving oxygen from the trees and plants.

To begin the practice of yoga, there is no need to have specific religious beliefs. Even the nonbeliever, atheist and agnostic can practice yoga and derive tremendous physical, mental and spiritual benefits.

Jains and Buddhists do not accept the existence of a creator God or Ishwara, but yoga forms part of their spiritual practice. The yoga philosophy is universal in its appeal and I am proud to remind people that it is India's great gift to the world.

Just like the Sufi mystics of Islam have nourished the souls of people through their poetry and songs that emerge out of their passionate devotion to the Supreme, so yoga helps us to feel the presence of the "Holy One" is everywhere, beginning with our body.

Yoga is the embodiment of the collective experiences of thousands of adepts and aspirants. Once there is change within, everything will fall in its place. Describing its essential spirit, yoga is derived from the root "yuj," meaning "to connect." With our compassionate minds, let us connect the whole world as one extended family, Vasudhaiva Kutumbakam, living in peace and harmony.

Yoga offers this creative possibility to bring about a change. Therefore, "wear yoga: one size fits all." Let our bodies truly be the way home.

Invitations to believe in better things

The Lenten anxiety of expecting willpower to wane

Advent waiting at the edge