More often than I probably should, I ask myself, "Why did I ever say yes to this?" Initially, the proposed idea, plan or invitation seems worthwhile and challenging and I want to be a part of it. But as the responsibilities and tasks begin to burgeon uncontrollably, I begin to wonder why I ever said yes.

My most recent crazy yes: to co-coordinate and participate in a 100-mile bike ride from North East, Pennsylvania, to Niagara Falls, Ontario.

We've billed the Cycling with Sisters ride as a "social media and pedaling pilgrimage to promote the social justice work of Catholic sisters."

At stops along the route, we cyclists (sisters and collaborators) will stream via Facebook Live brief information on social justice issues, pray for those affected by injustice, and share some Catholic sisters' initiatives around the issue. We'll focus on human trafficking; poverty and its impact on women and children; access to health care; violence and racism; environmental degradation; and injustice toward immigrants.

Anyone can virtually ride and pray along with us on the Communicators for Women Religious Facebook page. That's because we're riding to the organization's annual conference being held in Niagara Falls Oct. 3-6. (Communicators for Women Religious is a professional organization of mostly lay communications personnel working for congregations of Catholic sisters. It provides a network of professional support and education for those who promote understanding of women religious, enhance their image and advance their mission.)

So a 100-mile bicycle ride highlighting the passion and work of religious women and their collaborators and sharing the ride on social media makes sense. And we know many of you will virtually join us, that many of you work on these same issues because you, too, follow the Gospel of Jesus.

Which brings me to another question. Precisely because so many of you strive to live the Gospel, because so many organizations and individuals work to make life better for those at the bottom of society's ladders, why are women religious needed?

As I see the median age of women religious rise and our resources decline, and at the same time see widespread humanitarian concern and large numbers of organizations, religious and secular, that serve the social good, and hundreds of thousands protesting injustice and advocating for change, I wonder: Do we really need religious life anymore?

I recently reread Immaculate Heart of Mary Sr. Sandra Schneiders' still-relevant 2001 book Finding the Treasure. She makes the argument that, yes, religious life is needed because we, like people across all times and cultures, still seek the holy, seek meaning in life. And in every culture, Schneiders says, there are those who have the predisposition to make this search the focus of their lives. That helps the rest of us connect with the holy, even as we fulfill our own diverse callings.

"Religious recognize their special solidarity with that part of the human family that is actively concerned with and committed to 'the good,' that is, to love, justice, peace, truth, beauty, and the promotion of these values in themselves and throughout creation," she writes.

She and others have recognized this type of consciousness as the expression of the "monk archetype," that is, "the universal human aspiration toward transcendence ... the spiritual quest for depth and meaning, the search for union with and the realization of ultimate value."

For Catholic Christians, the "monk archetype" can draw one toward religious life, a life solely dedicated to the search for God and the following of Jesus. That isn't to say others aren't also drawn to seek meaning and to live the Gospel — in fact, we believe all Catholics are thus called.

But if this monastic archetype still exists, then why aren't women as interested in religious life as they once were?

A way-outside-the-box article suggesting that capitalism has run its course gave me a different vantage point from which to ponder the question.

"Capitalism has become a dogma, and dogmas die very slowly and very reluctantly. It is a system that has co-evolved with modernity, so it has the full force of social and institutional norms behind it. Its essential logic is even woven into most of our worldviews, which is to say, our brains. To question it can trigger a visceral reaction; it can feel like an attack not just on common sense but on our personal identities," write Jason Hickel and Martin Kirk in "Don't Be Scared about the End of Capitalism — Be Excited to Build What Comes Next."

The two reasons they give to justify the approaching end of capitalism: that the system does little now to improve the lives of the majority of humans and that capitalism's endless need for resources is already "driving us over the cliff-edge of climate change and ecological collapse."

But what most jarred my seemingly solid capitalist footing was the authors' closing comment: "It would be a sad and defeated world that simply accepted the pre-baked assumption that capitalism (or socialism, or communism) represents the last stage of human thought; our ingenuity exhausted."

After fully absorbing what I had just read, the frightening reality that I could ever — even unconsciously — think that any human invention, be it dogma, system or institution, could be defined once and for all disturbed me. I vowed to never consider any human creation as ultimate. I reminded myself that as long as there is human breath and God's Spirit lives in us, our ingenuity will never be exhausted.

So while I could rewrite the sentence this way — "It would be a sad and defeated Catholic world that simply accepted the pre-baked assumption that religious life is in the last stage of its evolution, that our ingenuity is exhausted" — in the end I won't, because I believe in the human spirit and in the Spirit living and creating through our humanness for the good of all creation.

So be it if religious rules or congregational constitutions or canonical regulations or formal church teaching — they are all subject to change as are we, all of us, not only church men — open us to the Spirit and expand our thinking in new directions to discover other ways of living into our lives of faith and good works in our time.

Even our identity, how we define ourselves, is subject to new interpretations as we change and as our world changes. Throughout history, women have been called to live the monastic archetype, but how they have lived has changed (although, as Schneiders documents, it has always been a struggle against the men who wished to control the lives of women). Most recently, prior to Vatican II, we became for all practical purposes the workforce of the church. That role, too, has now shifted. What more needs to shift to create a way for women called to this life in our day to find sustenance for their seeking?

Are women religious needed? Yes. Is it necessary that communities continue to look exactly as they do today? No. The vision is half-opaque yet; we aren't there. But we are asking the questions. And even as we open ourselves to the full range of human ingenuity and seek new roads, we continue to ride the one we're on that won't change: loving and serving those whom Jesus loved, calling for justice, demanding change. For 100 miles and beyond. Join us on Oct. 2.

Follow the live stream of our adventure on this link to the Communicators for Women Religious Facebook page. 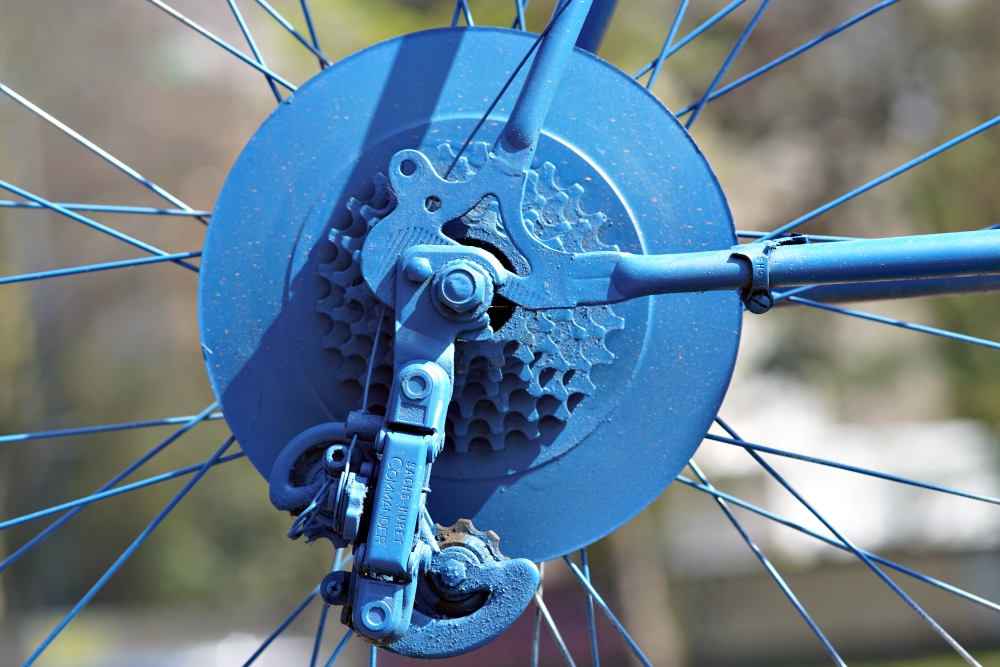 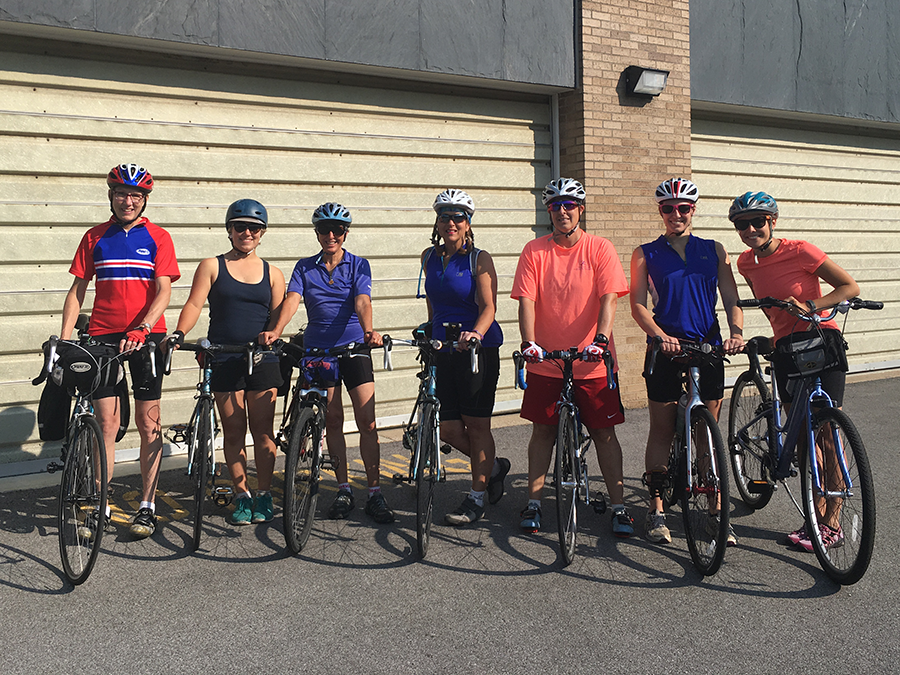