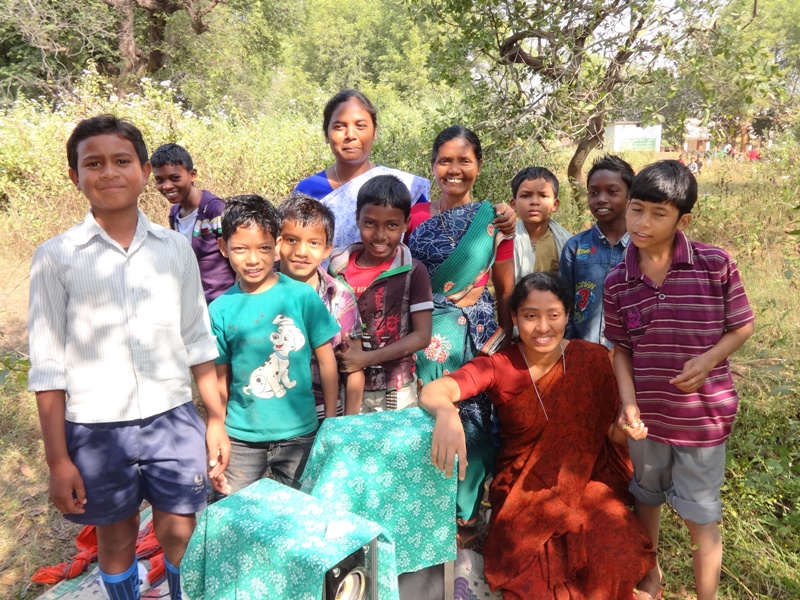 Bangalore, India — It was a hot summer afternoon and I was returning home after some tiresome shopping. The bus was overcrowded, with hardly any place to keep my feet together. I glanced around to see if there was any familiar face among the seated to hold my baggage safely. There was none, and I held things together and continued the journey clinging to the iron bar.

At the next stop more people boarded and my balancing act became tougher. Somehow I managed to stick my head out for some fresh air. Suddenly a voice greeted me from nowhere: “Good afternoon, Sister.”

I was taken aback, because I never expected to be recognized as a Catholic nun since I was in civil dress. The person who greeted me was one of my students from the English coaching class.

The journey onward was never the same. Immediately someone got up and offered me a seat, and the friends of my student struck up a conversation with me. Other passengers also joined in.

It was one of those incidents where I could experience the joy of universal sisterhood during my nine years in vows with the Missionary Sisters Servants of the Holy Spirit. Those times convince me that I have made the right choice to be a religious in an era that does not find much meaning in religion or in consecrated life.

Statistically, I am one of the nearly 100,000 Catholic religious women spread over 244 congregations in India. I am also considered a youth since I am under 35 years old. Young nuns make up about 60 percent of the total number of religious women in the country.

So, I represent categories such as Christian, Catholic, missionary, women, religious and youth. And each category poses its own unique challenges.

As Christians are facing increasing attacks these days, I am made to be conscious of my minority status in India. Christians form only 2.18 percent of the country’s 1.27 billion people. Catholics are just 1.5 percent.

Catholic priests and nuns are called missionaries in India and some groups try to project us as villains, accusing us of using coercion and force to convert gullible Hindus to Christianity. For some, we are the root cause of all ills in the Indian society.

Another challenge is being a woman in a patriarchal society. It is true that India had a woman as its president a few years ago. Another woman was the prime minister three decades ago.

But such elevation has not changed women’s status on the ground. A crucial issue in contemporary Indian society is violence against women both inside and outside their homes. Although women form about half of India’s population, they feel shackled under socio-cultural and religious structures. 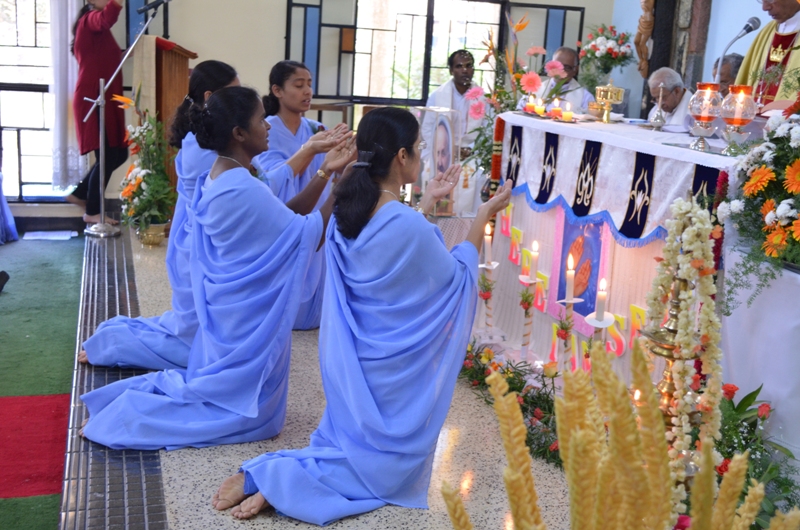 According to the National Crime Records Bureau of India, a woman faces violence every 3 minutes in the country. As many as 65 percent of Indian men reportedly believe women should tolerate violence to keep the family together, and that women sometimes deserve to be beaten.

Most women in India live with the fear of violence. It determines what they do and say. It prevents them from joining activities beyond the home, as well as inside it. These acts shape their attitude toward life and their expectations of themselves.

What gives joy in such a dismal scenario is my status as a youth in India.

The United Nations Population Fund’s State of the World’s Population Report says India has a larger proportion of youth than the rest of the world. Like me, nearly 65 percent of its people are under 35 years old.

The presence of youth in such large numbers helps India remain young and vibrant when most other nations are turning grey. There was a time when India’s political leaders were in their 60s and above. However, the latest election to the Delhi legislative assembly resulted in nearly 75 percent of candidates below age 35 getting elected.

As our counterparts in the secular world assume leadership, time has come for us religious to assume more responsibility and set a different model of leadership as shown by Christ.

This was driven home to me at a national conference of Young Religious held in New Delhi in 2010. The seminar aimed to prepare young religious to take up leadership roles 10 to 15 years down the line. We were told that the future of the religious life in India was in our hands.

I have been pondering ever since what it means to be a young Catholic religious in India today.

What modern society needs is the Christian leadership that focuses on service. We live in two realms of society – the haves and have nots. Although most of the mission is frontier based, our presence in developed areas is also tangible. 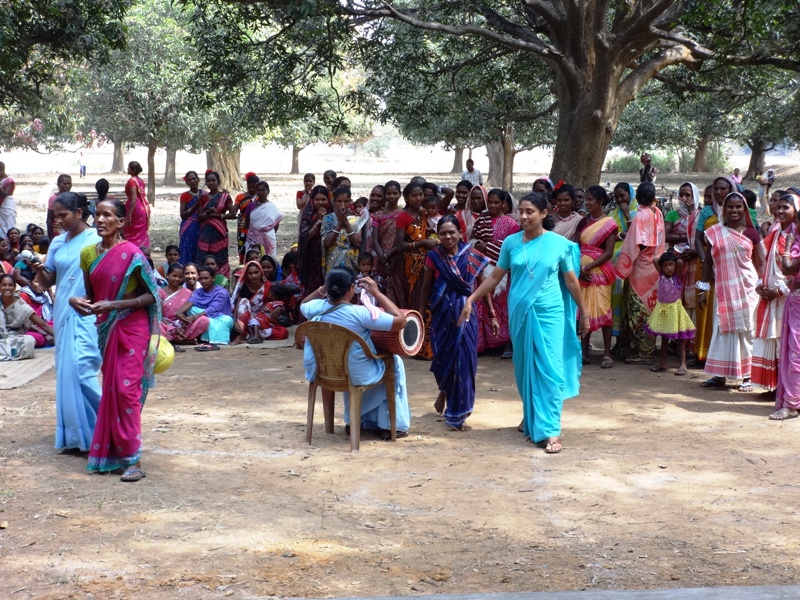 With the culture of information at our fingertips, it’s no longer a bunch of amateurs we are dealing with. Often the mission among the youth and the early adults is entrusted to a “young sister.” While we answer a torrent of doubts and queries from the educated young in urban areas, in rural areas we help youth ask the questions and have a clear goal in life.

In both cases, a sister is the symbol of wholesome personality, and nothing less than a person sent by God. We are expected to live a life that is superior to our generation, especially in virtue.

I have been through it, and for certain, it is not easy. At a time when religiosity is not appreciated, anyone who opts to live a religious life has to be convinced that God still chooses people for a purpose. That's the challenge – to go beyond all my human limitations.

Balancing life between work and prayer is an ongoing struggle for us younger people. There is a high risk of getting too involved in work, and ultimately ending up as a social reformer. Obviously social work doesn't require long years of formation and building an intimate relationship with Christ.

In addition, technological advancement is not a well-accepted boon among most women congregations. However advanced in our mission we are, there is a hidden fear that the tools of communication could doom our consecrated life.

Soon after my perpetual vows I was given the charge of a boarding school for tribal girls in Odisha, an eastern Indian state. The mission was a real charm with lots of newly invented activities and total authority to implement my action. I did not think that the final vows would give a religious ultimate freedom to do whatever she wants.

It didn't take much time for me to realize that to do Christ's mission, I need to take him along. 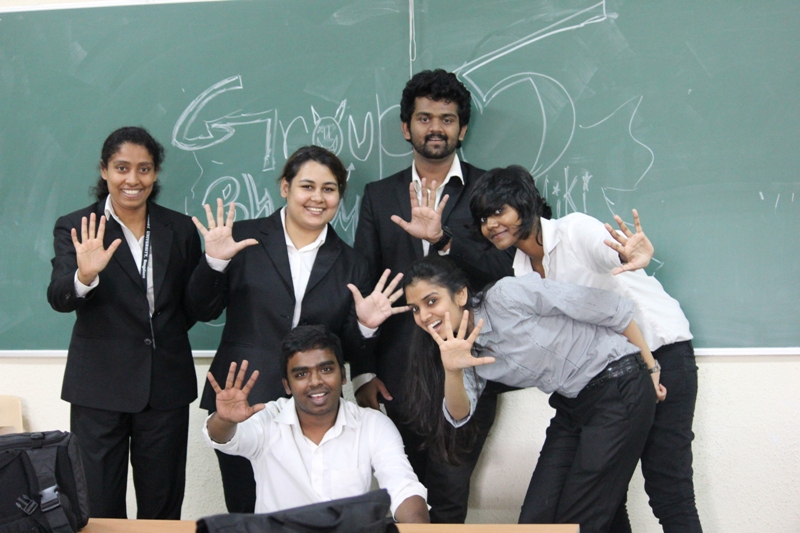 Most of our formation years are well structured. Ironically they are out of the world's view. Therefore it takes time for young nuns to realize what makes us different from other women.

It is a well-accepted truth that emotional maturity and prudence can save a lot of our energy. Religious identity doesn't guarantee you a clean tag of “out of temptation.”

In India, people of other faiths do not understand what it means to live a consecrated life. So it is natural to have people coming up to you with marriage proposals and other offers.

Taking personal responsibility for one’s actions is the mantra given to every religious before letting her out into the world of possibilities.

Like any youth, a young religious is also given ample opportunities to discover one’s potentials.

During the past nine years, I have gone into various fields – rural and metro alike. Currently I study media and mass communication in a prestigious university, and it requires me to get out of the conventional religious ways and adopt modern ones to gain more from the course.

Shying away from the reality is not the remedy. In India a consecrated woman doesn't stand above the mainstream society. Feminism is a strong wave in our work fields and ecumenical discussions. 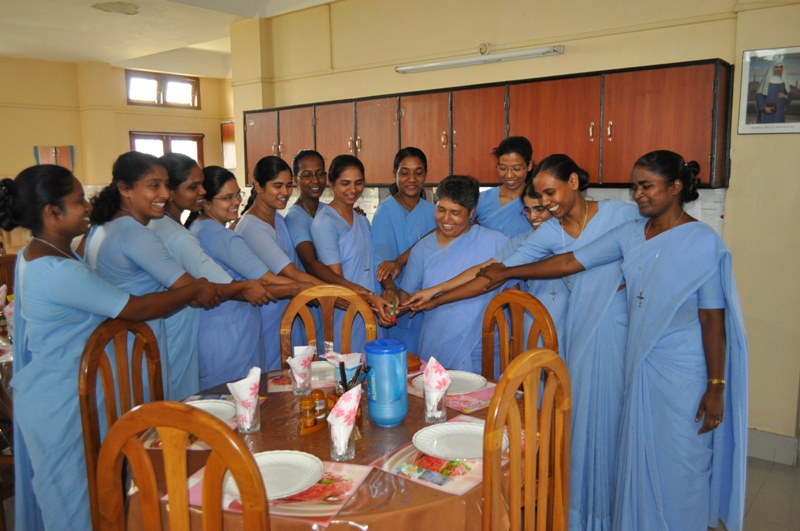 Nevertheless, women’s emancipation remains as a goal to be achieved in the distant future, both inside the church and outside. Perhaps, we are expected to meet all the demands of our multi-cultured society and a highly patriarchal church.

We are the roses of the world, blooming gloriously amid small and big thorns.

India continues to be the fertile soil of religious vocation. Amid stray incidents of scandals and fallouts, the beautiful part of consecrated religious life remains intact. It doesn't require many people to spread that fragrance. Just a couple of vibrant young ones can make lots of changes. And I am sure this would be the statement of many provincials, who truly count on the youthful power.

India is also a home for many indigenous congregations, which are region based. Some are very conservative and reluctant to keep pace with the time while others have adapted to the changing situations to make their mission more realistic. However there are no universal parameters to define “what ought to be done for a fruitful committed life.”

All said and done, it is thrilling to be young and religious in a multi-cultural, multi-religious and multi-ethnic India.

[Sr. Tessy Jacob is a member of the Holy Spirit congregation and a second-year student of journalism at Christ College, Bangalore, in southern India. This column is part of a collaboration between GSR and Matters India, a news portal that focuses on religious and social issues.]

How are we called to lead?