In this time of transition for religious life, I believe we can learn from the "open-source community."

"Open-source," in the context of software development, is a specific approach to creating computer software. The idea is that making code openly available for developers will create better code, and making it freely available to end users will increase adoption, result in ongoing evaluation, more use cases and a continuous cycle of improvement, development and new releases.

Drupal is the open-source software I use for our web development. It has allowed me to build sites that I never could have built on my own — both because of my lack of coding skills and also our lack of funds to purchase expensive, proprietary software.

In 2011, I went to my first DrupalCon — Drupal Conference — and experienced firsthand this open-source community. There were 3,000 participants connected by computer code. I've now been to several — they are held around the world — and it's a near-religious experience.

There are community rituals, a sense of mission, a call for "evangelization," and a passion for making the world a better place. There are more than 1.3 million Drupal members worldwide, including more than 110,000 who actively contribute to code.

But now, the Drupal community is in a process of change and organizational transformation. And I like how they are going about it.

Originally, Drupal was a community of coders and website developers. But now it has realized that the community has grown beyond coders and early adopters and a shift is happening. The core is looking to include more diverse groups while still maintaining its identity.

Now there are CEOs and university presidents and nonprofit decision-makers wanting — and needing — to know what Drupal is, how and why it works, and how to implement it.

And there are content managers, marketers, public relations and sales people from all areas of industry, government and nonprofits. They want a better understanding of the tools they are using to serve the needs of their diverse audiences, reach new audiences and change lives with their messages and products.

As I sat listening to the keynote at DrupalCon in Nashville last April, what I was hearing was, "Drupal community … broader … redefine … inclusion … new … changing … values … growing … listening."

And what I was thinking was, "Religious community … broader … redefine … inclusion … new … changing … values … growing … listening."

Some of the general principles that allow open-source communities to be so dynamic (and which we might adopt) are: open exchange, collaborative participation, rapid prototyping, meritocracy, and community development.

Open exchange rests on the assumption that we can learn more from each other when information is open. A free exchange of ideas is critical to creating an environment that fosters expanded learning and the formulation of new ideas.

Our idea pools in religious communities are shrinking. How can we include others who are invested in our communities in the exchange of ideas? When do we include our associates and oblates, volunteers, staff and benefactors in the discussion about how we respond to the signs of the times through our particular charism?

Collaborative participation holds that when we collaborate, creativity happens. Top-down participation stopped working a long time ago. What is called for today is a wide, representative range of participants around the table. Vowed members can no longer make the decisions and then expect others to join unquestioningly in our pre-decided, proprietary project or ministry.

For a long time religious saw themselves — and were seen by the laity — as higher up on the vocation chain, a more perfect calling. And perfection was our way to heaven. Then came Renewal — a time of phenomenal and incredibly rapid prototyping. Inhibitions were lifted, the stigma of failure was pushed aside and experimentation was accepted, even encouraged.

Such a high level of constant flux, to put it lightly, is not sustainable. But a certain level of ongoing experimentation is necessary for survival. We need new prototypes for living arrangements, authority structures, ministry support, liturgy and worship, use of resources, internships and gap years and partnerships.

In effect, our wisdom traditions are no longer proprietary — they are now "open-source." At one time in church history they were proprietary, the domain of educated monks and clerics who doled out spiritual teaching. Now, anyone can study theology, spirituality and everything related and offer interpretation and commentary.

It is meritocracy, then, that determines the books and blogs and commentaries that rise to the top and touch people's hearts, and shape and guide the Christian community.

Finally, community development is an open-source principle. We must think differently about how we define community and engage participation today. We have to be secure enough in our identity to stop thinking "us" and "them." We no longer live secretive, mysterious lives behind monastery walls and medieval garb. The Second Vatican Council brought us into the world and made us one with the people of God.

Part of the problem may be that we're trying to redefine something that is so integral to our reality that we are unable to perceive it anew. It's like the debate between dairy producers and almond growers. Dairy farmers maintain that milk comes from cows and therefore almond growers cannot call the beverage they produce "milk." What makes milk, milk?

Regardless of what we call it, it is happening. I've recently connected with Nuns and Nones, a group organizing gatherings across the country between millennials seeking spirituality and nuns who have been living spirituality for decades.

Another example is How We Gather, "a ground-breaking study of organizations that are effectively unbundling and remixing the functions historically performed by traditional religious institutions. … [It] has become a proto laboratory for spiritual innovation."

And my community, the Benedictine Sisters of Erie, began Monasteries of the Heart seven years ago — an online movement sharing Benedictine spirituality with contemporary seekers. It is arguably the largest monastery in the world.

The future of spiritual communities belongs to those who are creating new networks now, to those who are shifting paradigms and understanding current cultural mindsets. Let's not wait until we're all too old to think or too dead to offer an insight to help them shape it. Let's follow the software model and put out new releases now.

Let's be open-source and invite millennials — and all seekers — to be a part of shaping religious community for the future.

Editor's note: The author first introduced these ideas during a presentation to delegates of the Federation of St. Benedict at their July 2018 Chapter meeting. 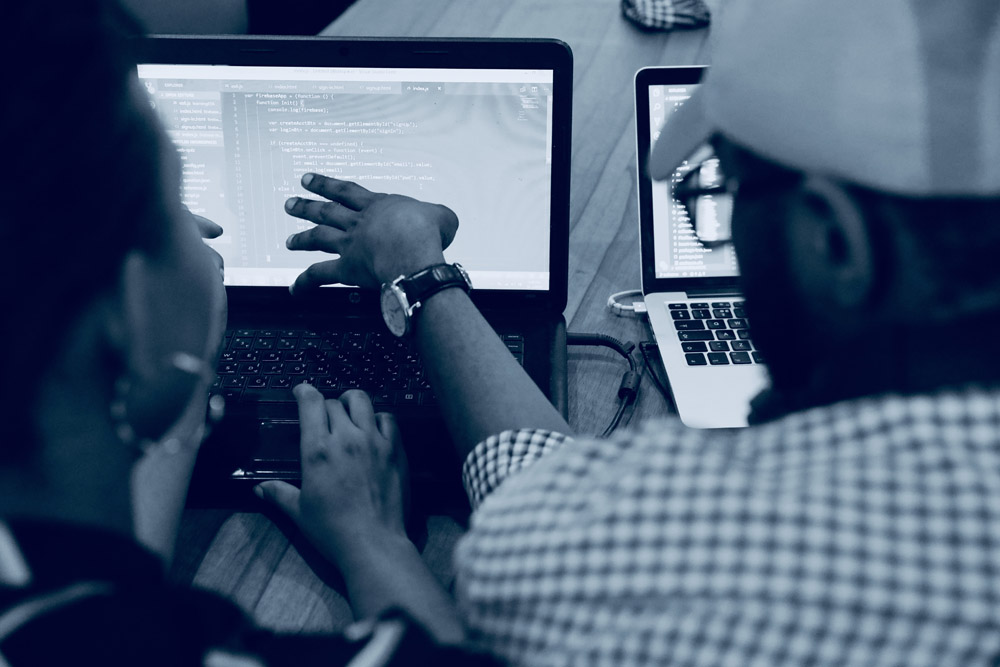