Sister Huyen sings when she cooks. Actually, she's likely to burst out singing whenever. When we were driving together, I'd ask her for a song as a beginning-of-journey prayer. The melodies were lovely, and easy — I could hum along. The Vietnamese words were left to my imagination.

"What's your song about?" I would ask her. A typical answer: "It's a song of thanksgiving for my call to religious life." So often I found myself marveling at Huyen's strong and straightforward faith, so characteristic of all the young Vietnamese sisters who have come to live and study with us — the Ursuline Sisters of Mount Saint Joseph — for the past five years.

After six years living and working in Chile, in 2013 I returned to live at our motherhouse in rural Kentucky. In Chile, at Casa Ursulina, I loved my ministry to and with a remarkable community of women of low income. But I had just turned 80 and was looking for something less strenuous. Maybe I could use my language skills to help refugees — Central Americans, Burmese, Somalis — settling nearby.

But then I found Huyen Vu and Anh Tran, Vietnamese Sisters of the Lovers of the Holy Cross, both in their first year commuting from our motherhouse to Brescia, our Ursuline-sponsored university in Owensboro. Both had completed an English learning program elsewhere, but as full-time students in an English-speaking environment, they needed a steady tutor with a linguistic background. And here I was.

Now, almost five years later, both sisters are pursuing master's degrees in theology: Anh at Aquinas Institute of Theology in St. Louis, and Huyen at Saint Meinrad School of Theology in Indiana. Meanwhile, their niche at Mount Saint Joseph and Brescia University has been filled by five more young Vietnamese sisters from different communities.

Living and studying "in English" (and Kentucky English at that!) has been a challenge for these dedicated young women, who are constantly being pulled out of their comfort zone. And for us, an aging community, they've been a bit of a culture shock. For all of us, living and working together has been an educational and spiritual adventure.

Those first two years of tutoring required more energy than I thought I had. Study sessions had to be at night and on weekends, and seemingly small things required surprising amounts of time.

Huyen's first effort for her public speaking class — on Mother Teresa of Kolkata — was enthusiastic and well prepared. Together we worked out some grammar problems. But her — our — greatest struggle was the pronunciation of one little word: "saint." I kept trying to devise some strategy to help her declare that Mother Teresa was "a saint" — not, as she kept insisting, "a sent." Finally, she nailed it! We still laugh about her dozens (maybe hundreds) of repetitions of "Mother Teresa was a saint."

Helping the sisters with essays and reflections brought me into their world. I learned about their intense faith, their dedication to their vocation, their determination to serve their people amid constant hostility from their communist government.

Sister Anh told me that after the American War (the one we call the Vietnam War), her family was displaced to a forested area where they had to build their own dirt-floored home. One teenaged brother was accidentally killed in the effort. From this home, in the early morning darkness, 4-year-old Anh walked daily to attend Mass as the family representative, since the older members had to begin work. "I was afraid," Anh said. "But it was my responsibility to pray for my family."

Sister Huyen told of her grandfather, killed by government agents as he persisted in carrying the Eucharist to persons in prison. Only after a long search the family found his body — the body of a martyr.

Tutoring sessions also brought moments of high humor. For one class, Huyen wrote an unforgettable paper called "My Sinful Childhood," full of tales of mischief. I marveled how this high-spirited, devious child could have been transformed so thoroughly into a devout and obedient (and still spirited!) young nun. Obviously, God knew her heart.

Now, almost five years later, our Vietnamese population has grown to seven sisters, all studying at Brescia University. Sr. Mai Pham, a Dominican of St. Rose, will complete her degree in social work this December. Srs. Thoa Phan and Lanh Hoang, Dominicans of St. Catherine of Siena, are sophomores majoring in English and theology, respectively. Srs. Thanh Nguyen and Phuong Nguyen, of the Missionary Sisters of Mary, Queen of the World, are completing their freshman year of studies in theology and psychology. This summer, we welcomed Srs. Hang Nguyen and Trang Le from the same congregation.

All of the Vietnamese sisters are incredibly earnest and determined in their studies, faithful to liturgy and prayer, and always ready to volunteer for whatever chores may turn up: shucking corn, cracking walnuts, helping the older sisters, assisting in the chapel, and working in the garden.

There have been adjustments on both sides. We had to get used to youthful hilarity in the dining room, the aroma (pleasant or not, according to one's taste) of sticky rice and pungent spices wafting through our residence hall, and the struggle to understand English tinged with Austroasiatic pronunciation and syntax. English slang provides challenges and entertainment. Asked how she's doing in school, Sister Phuong says: "Hanging in there." And then, brightly: "But I don't really know what that means." We are happy to explain.

Technology helps with communication, but for these young sisters, home, family and their religious communities are still almost 10,000 miles away. Getting used to American food and customs contributes to feelings of disorientation and homesickness and sometimes even fear. Sister Mai, now assigned to serve in a homeless shelter for women, has managed to work through all of these challenges. "I'm not afraid anymore," she told me recently, with a radiant smile, as if a huge weight had suddenly floated away.

Coming from a culture in which one's elders receive high respect, the Vietnamese sisters feel real pain when they see American students responding nonchalantly or even disrespectfully to their professors. "I do my best," they often say — not only for their own good grades, but also because their teachers deserve it.

We are learning from one another. Our Ursuline community is older and getting smaller. The growing Vietnamese communities are full of young sisters. Sister Thoa's Dominican community has over 500 members and 300 candidates. The Mary, Queen of the World community is also large, and only 60 years old.

Like the early sisters of our own community, the Vietnamese communities largely provide for themselves through daily work in the fields and gardens. Their ministries are among the poor and vulnerable people of their country, as several recent Global Sisters Report stories have described.

We are learning to embrace our Vietnamese sisters as partners in prayer and ministry. So much of their ministry is focused, like our own, on "freeing and nurturing women and children." When they return to Vietnam, they will carry a part of our own charism. As they live and study with us, they are already enriching us with the blessing of their dedication to spreading the kingdom of God.

[Ruth Gehres has been an Ursuline Sister of Mount St. Joseph for 65 years. From 2007 to 2013, she ministered at the Dianna Ortiz Ursuline Center for Women (Casa Ursulina) in Chillán, Chile.] 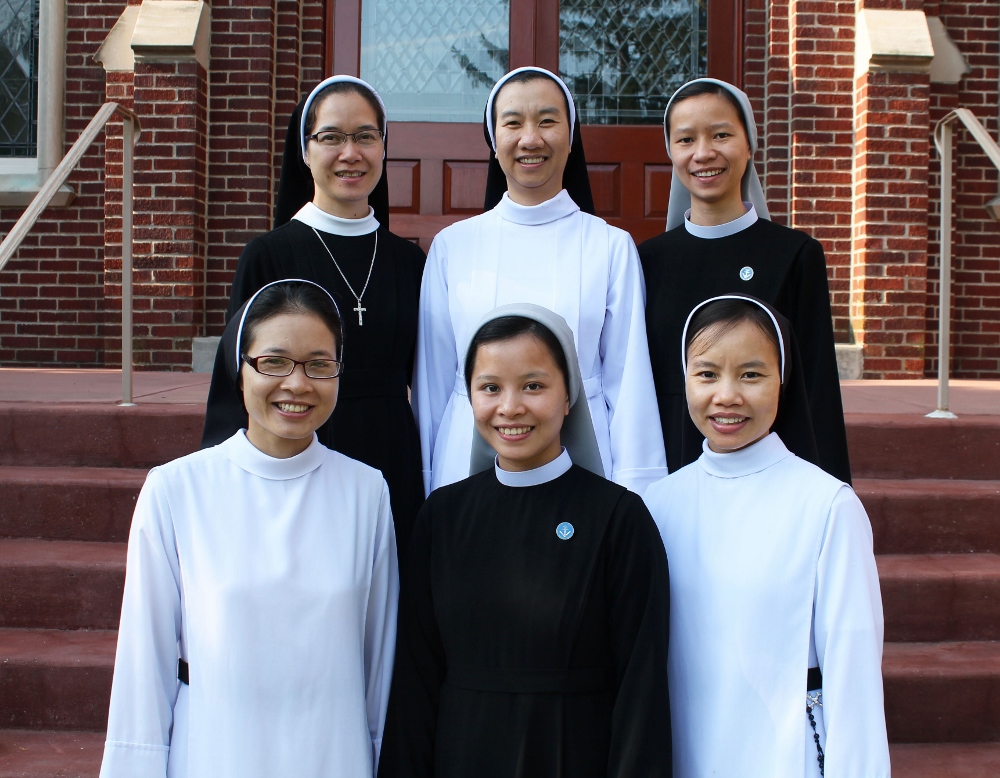 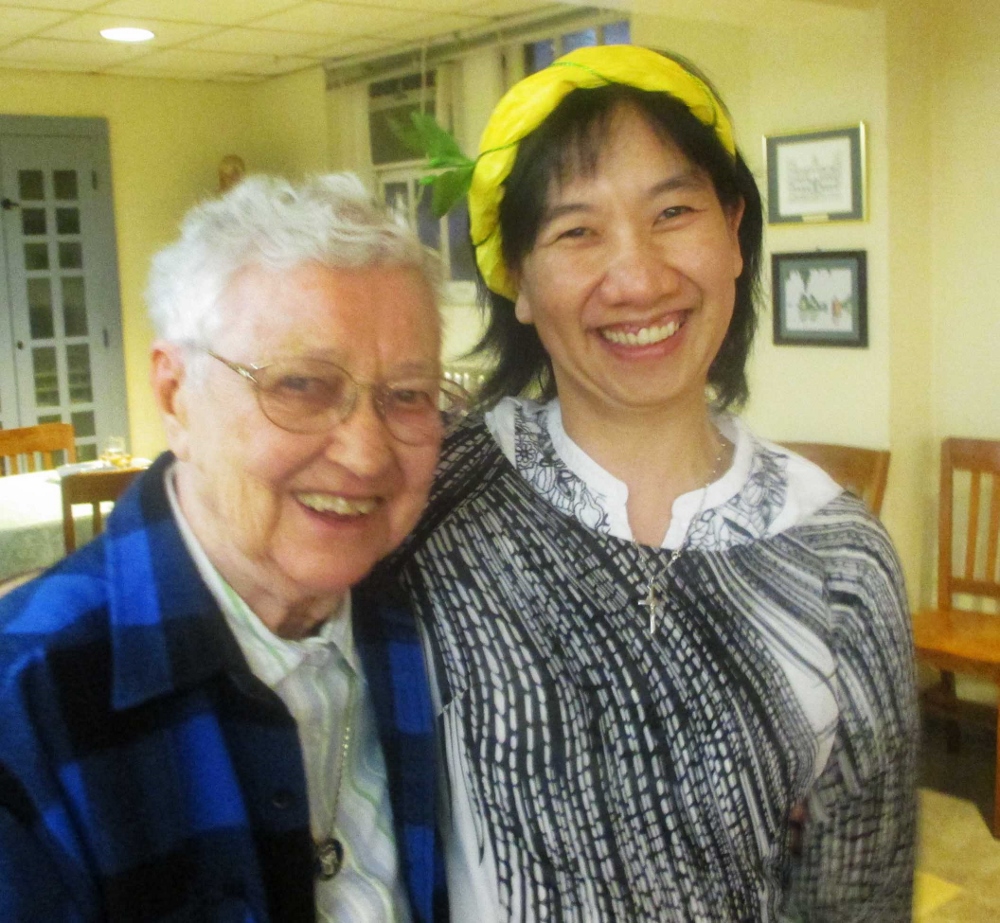 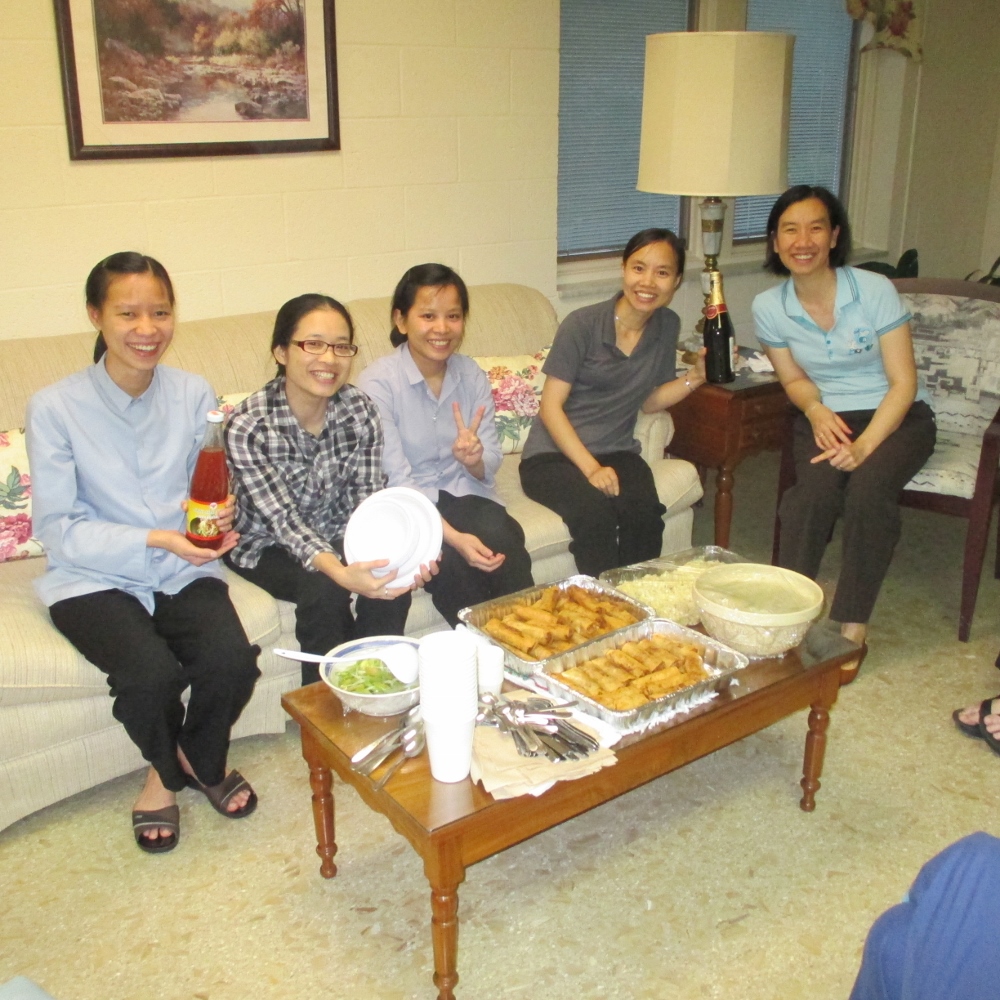