Skip to main content
This story appears in the Homelessness and Sustainable Development Goal 11: Sustainable Cities and Communities feature series.

To make the transition to a sustainable future, humanity must pay attention to cities and the attendant challenges of affordable housing, energy-saving and transportation, say sisters who attended a recent three-day United Nations conference on sustainable urban areas.

The U.N. Civil Society Conference, held Aug. 26-28 in Salt Lake City, Utah, was the first time the annual meeting of U.N. officials and members of nongovernmental groups, often called "civil society," was held in the United States in a locale outside of the United Nations headquarters in New York.

Getting out of New York City, where the United Nations is headquartered, offered fresh perspectives on the problems facing urban areas.

"It was an appropriate place to have a U.N. conference," Sr. Teresa Kotturan, U.N. representative for the Sisters of Charity Federation, told GSR.

Sr. Veronica Brand, who represents the Religious of the Sacred Heart of Mary at the U.N., agreed: "You had a different lens through which people were looking at the issues."

Local government leaders from Utah mingled with members of nongovernmental organizations, some secular, some faith-based, from throughout the world.

"There was a real concrete link between the local and the global," Brand told GSR, noting that representatives from 138 nations attended the conference, which drew between 5,000 and 6,000 attendees, the Deseret News reported.

One reason Salt Lake City was a good fit for the conference was that the city's mayor, Jackie Biskupski, has said the United Nations' sustainable development goals to end poverty and promote sustainability globally are similar to efforts to make Salt Lake City a "clean-powered" city by 2032.

The two dozen or so U.N.-based sisters, other religious and lay representatives of sister congregations attended the conference because many of the problems they address in their advocacy work at the United Nations are unfolding in urban areas.

Those challenges will be examined again in February 2020, when the U.N's Commission for Social Development takes up the issue of homelessness and affordable housing.

The United Nations has said by 2050, nearly 70% of the world's people will live in cities. As a result, said Sr. Margaret O'Dwyer, migration to urban areas has had a "strong impact" on issues the United Nations and its members are tackling through the sustainable development goals.

"There are multiple connections between the sustainable development goals and cities," O'Dwyer, who represents the Company of the Daughters of Charity at the United Nations, told GSR.

O'Dwyer points out that rising housing costs "has put decent accommodations out of reach for city dwellers throughout the world," and U.N. sustainable development goal No. 11 calls for affordable housing.

In another area of concern, she said, cities "have had to, or must, convert to more energy-saving and efficient forms of transportation, as well as energy-saving, affordable and sustainable energy for things like heating and cooling large buildings," she said, which relates to goal No. 7.

"And city residents desire health and well-being, which implies cities need to provide the kind of parks and open space which enhance well-being. This would connect with goal 3."

"Multiple city-related things," such as parks and open space, impressed O'Dwyer about Salt Lake City, as did the warm welcome accorded conference participants.

"Transportation seems to be a priority in the sense that electric scooters and bicycles are readily available for use," she said, adding that the city's train system "easily gets one from downtown to the airport."

In addition, city planning has taken the needs of pedestrians into account, O'Dwyer said.

"The downtown area was attractive to families because they had water fountains in which children could play on hot days. The landscaping was in keeping with the nearby mountains. It had a mixture of shops and dining facilities, and there were several museums," she said.

"There were some green buildings. The proximity to recreational areas in the mountains and along Great Salt Lake had appeal. Housing seemed affordable. "

In her opening remarks, Biskupski said her city is trying to address challenges through sustainable solutions.

"We are creating coalitions with other local communities, NGOs, and businesses, to maximize our impact," she said, according to the UN News Service. "There is a phrase my fellow US mayors have begun using regularly. 'The world can't wait, and neither will we.' "

Catholic sisters made their presence felt throughout the conference. Several congregations and groups that include sister participation at the U.N. co-sponsored an Aug. 28 event examining ways communities can integrate migrants into "inclusive, sustainable and peaceful communities."

One of those co-sponsoring that event was Holy Cross Ministries, a Utah-based nonprofit that works in underserved communities in the state. The ministry has its roots in the work of the Holy Cross Sisters, who first came to Utah in 1875 and founded a hospital but in 1994 opted to focus on community-based social programs. Among the group's current programs is assistance to migrants, including those who survived domestic violence.

Utah has a population of 3 million, with about 300,000 Catholics. The influence of the Holy Cross Sisters shows the continued importance of Catholic ministry in a state dominated by The Church of Jesus Christ of Latter-day Saints, Kotturan said.

She also praised the state's commitment to environmental sustainability and Salt Lake City's commitment to the problem of homelessness. The city is turning from a centralized homeless shelter program to one that emphasizes smaller, community-based structures, she noted.

The commitment the city has to social services impressed Sr. Winifred Doherty, the U.N. representative of the Congregation of Our Lady of Charity of the Good Shepherd, noting that conference participants were enlisted in helping fill food boxes to be distributed to homeless residents.

"The conference showed action and good practice," she said, which is not always the case at large international conferences.

Though Doherty said she was not fully happy with the final outcome document that emerged from the conference — she said the problem of human trafficking should have been made more explicit — Doherty said overall, it was a good document that, among other things, "affirmed the empowerment of women and girls in today's world."

Among the affirmations is the need for "inclusivity and respect for the dignity and human rights of all," the document said. "Thus, sustainable cities and communities must foster opportunities regardless of age; gender; race; nation of origin; sexual orientation; religion; socio-economic status; disability; language; universal, societal, and individual traditions and values; or political opinion."

The commitment to inclusivity was affirmed by María Fernanda Espinosa, president of the U.N. General Assembly. In final remarks, Espinosa said racism, xenophobia and violence have to be faced at local, regional, national and international levels.

"Every analysis shows that these challenges will not be addressed if we don't work together," she said, according to the UN News Service. "In our increasingly interdependent world, where shocks in one country can affect the lives and livelihoods of people across the globe, it seems clear that we need more cooperation, not less."

Brand and the other U.N.-based sisters noted that young people had a strong presence at the conference, with about 40% of participants under the age of 35, Brand said. The nod to youth was affirmed when the conference adopted a compact shepherded by a group of Salt Lake City young people.

The Salt Lake City Youth Climate Compact calls on young people to "unite in action against the climate crisis, harnessing their collective power to construct a future free of the devastation of the climate crisis." 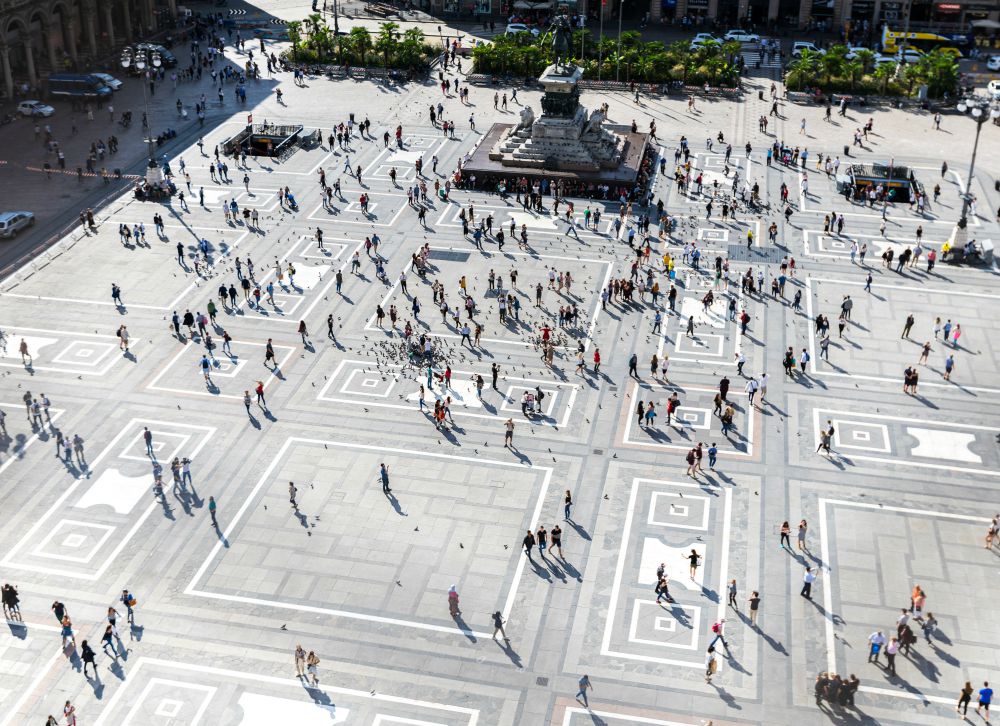 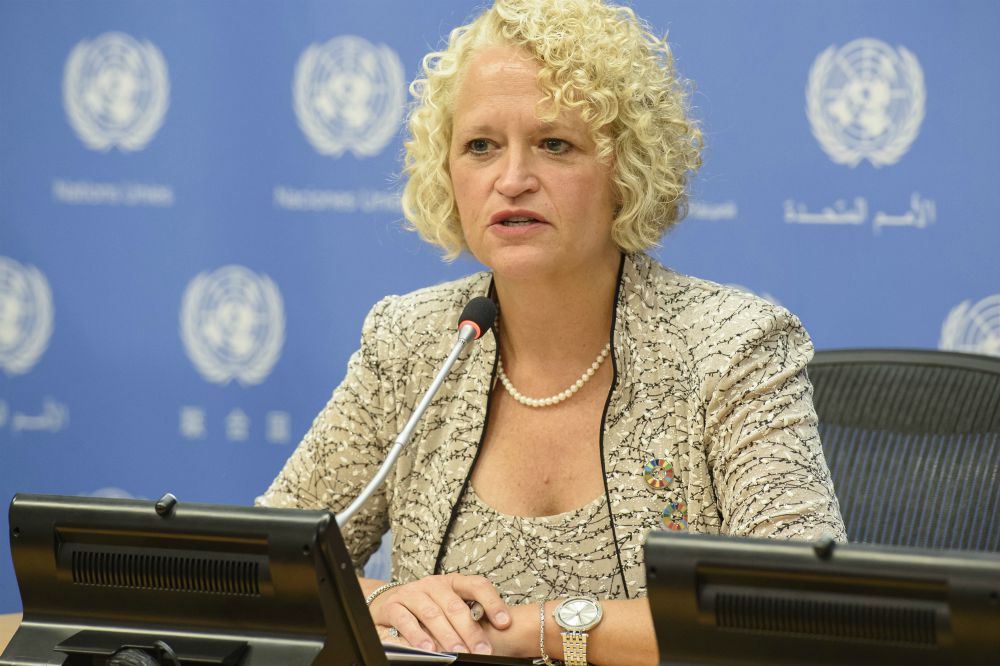 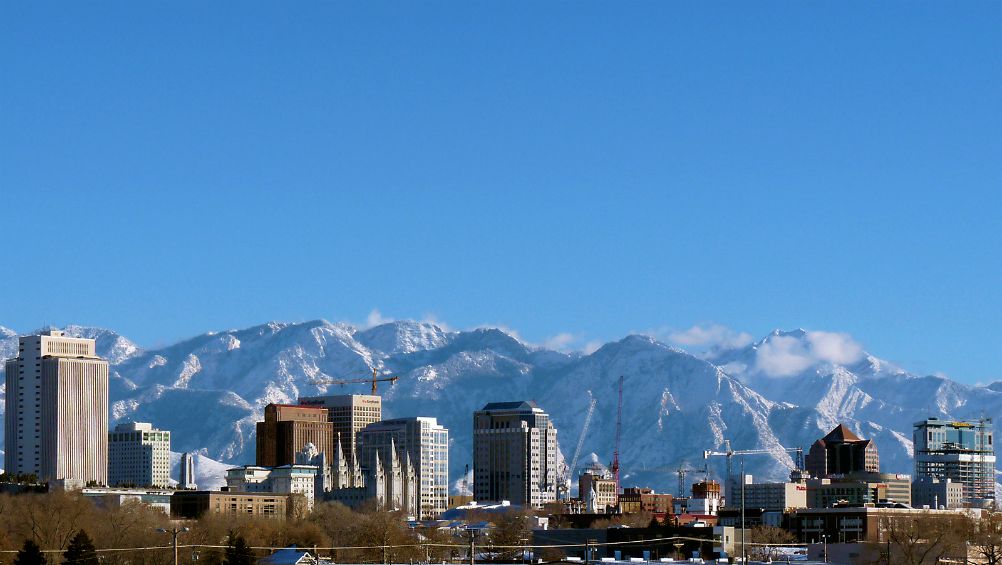 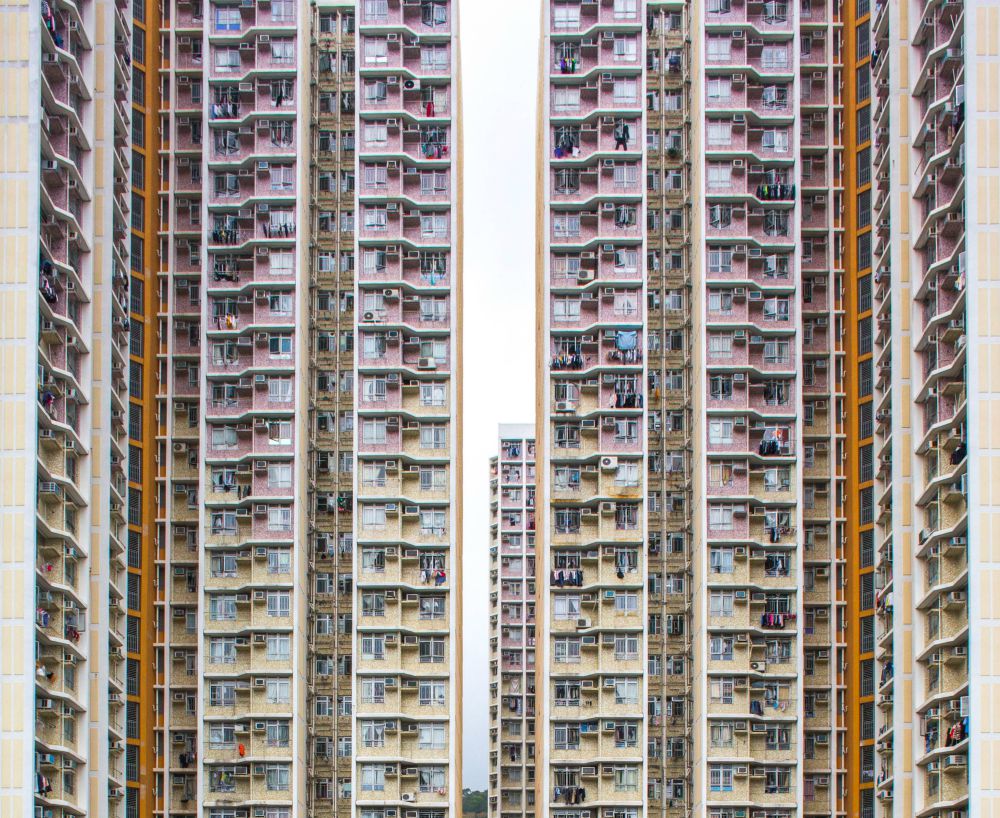