by Mary Clare Mazzocchi
This article appears in the Notes from the Field feature series. View the full series.

Mary Clare, far left, chaperones students on their commutes to and from their corporate work-study jobs. (Provided photo)

San Francisco, California — From Global Sisters Report: Notes from the Field is our summer blogging project. Working with the Catholic Volunteer Network, we’ve enlisted four young women working in ministries of Catholic sisters around the world – Honduras, Thailand, Ethiopia and the United States – to blog about their experiences.

Immaculate Conception Academy (ICA), an all-girls high school run by the Dominican Sisters of Mission San Jose, has served its community in the Mission District of San Francisco since its founding in 1883.

The school’s transition to a Cristo Rey model in 2009 has allowed it to serve a new and vital function in the neighborhood, meeting one of its most pressing current needs.

The Mission is a historically working-class and primarily Hispanic neighborhood undergoing the process of gentrification because of an influx of tech industry employees. The Cristo Rey model provides a balanced and unique alternative to the gentrification process.

Cristo Rey is a national network of urban Catholic schools with a unique education model: placing each student in a corporate, entry-level job to gain valuable workplace experience and earn the cost of their tuition.

Last week, the students here commuted downtown to their corporate work-study jobs for the last time before summer vacation.

One of my duties as a Dominican Volunteer has been to chaperone groups of students on commutes. On my travels with the girls, I have often reflected on the unique position our program has in the Mission neighborhood and the city of San Francisco.

To get to the BART station, San Francisco’s subway system, I walk a group of girls down 24th Street, which runs into the heart of the Mission. 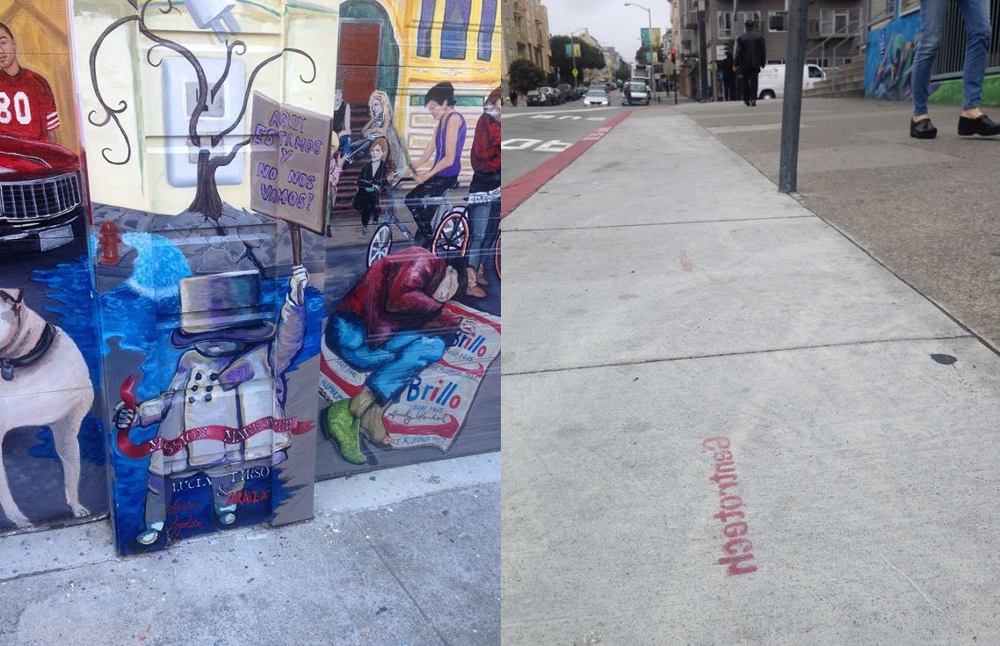 One block down from the school, the students and I pass a street corner where young tech industry employees wait in a line for one of the large coach buses that shuttle workers to Silicon Valley. These buses, which can be seen perambulating the streets of the Mission in the morning and evening, are a testament to the changing character of the neighborhood.

Gentrification is a tricky concept. On the one hand, it appears to stimulate a neighborhood’s economy with the introduction of new markets. But frequently, city and neighborhood natives are not given access to the benefits of a revitalized economy. Instead, they are forced to move elsewhere because of rising prices.

“A lot of our families have had to move out, because it’s gotten so expensive to live here,” says Sr. Lilly Fitzpatrick, the manager of job acquisitions for ICA’s Corporate Work Study Program, and a member of my community.

“But,” she adds, “the way the city is changing, there’s more work here.”

The Cristo Rey work-study model creates a space to share the benefits of San Francisco’s economic growth with the Mission community.

“It’s giving the city an opportunity to give back to the community,” Fitzpatrick says.

And the kind of change it brings about is lasting and real, because it forms individuals to bring change to their own families and neighborhoods.

“We want to put the girls in environments that will give them opportunities to dream big,” Fitzpatrick says. “Offices of law firms, hospitals, TV stations, banks, accounting firms, biotech companies, bio-pharmacy companies, construction companies, insurance companies – so they’re introduced to a variety of options for careers they can have when they graduate from ICA.”

And the experience is truly transformative for students. 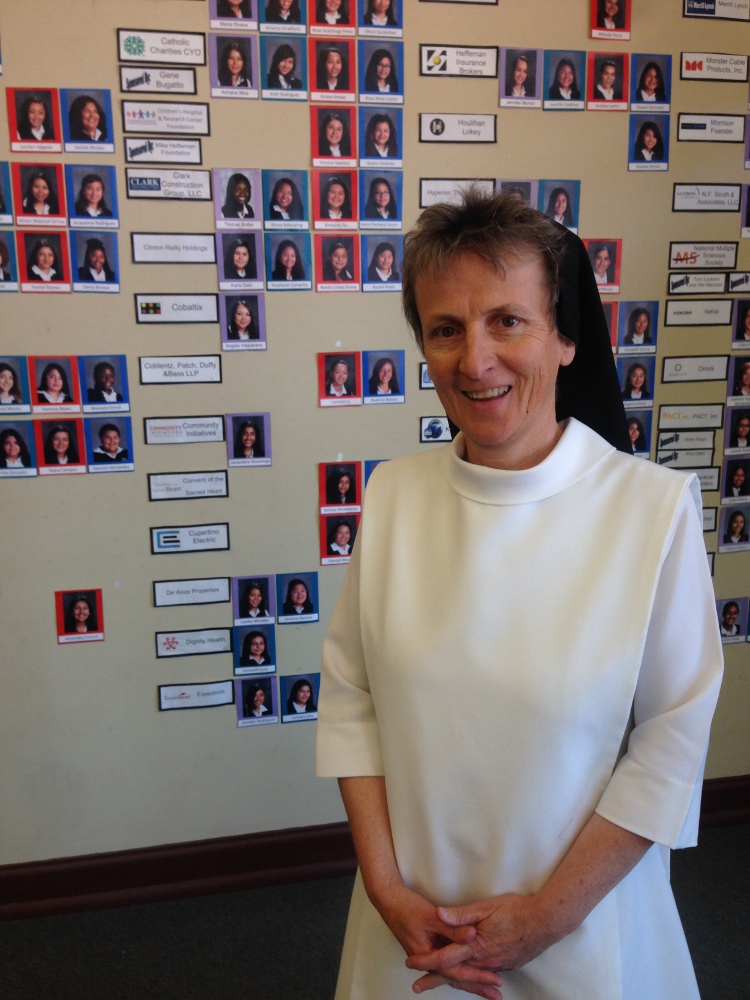 Aside from the natural maturing that takes place during the four years of high school, the exposure and mentorship that students gain through the work program changes them noticeably. Speaking with a group of my freshman students on our weekly commute is quite different from speaking with a group of juniors or seniors. The senior ladies have had work experience in four different fields and office environments by this point; they know more about themselves and what they can do, and they can speak confidently about the direction they want their lives to take.

“To take the girls and put them in those environments, first of all, it says: ‘You see? You can do this,’” Fitzpatrick says. “They may see people who have grown up like them, who have not had the money to go to Harvard or maybe get the tutoring that they needed. They can be mentored by a lawyer there, or a banker, or a doctor, or a scientist. And then they see themselves doing this kind of work.”

And most importantly, they bring that success back to their families and communities. It brings about the kind of improvement that is empowering rather than exclusionary.

In her interactions with prospective sponsors – companies that are considering hiring a team of student workers – Fitzpatrick often points to the fact that the students can later contribute to the company as employees, after they have graduated from college.

“It’s a great opportunity for them to train future talent,” she says.

Already, many ICA students will be staying on at their work-study placements as summer employees.

It excites me to think of the long-term effects of our program, in the lives of our students and the life of the city.

Students can build future success out of their work-study experiences. And when the city thrives, our students and their families will thrive, too.

The Cristo Rey work-study model allows ICA students to access the benefits of living in their city and neighborhood, so that a new industry can bring opportunity rather than fear of exclusion, and the city’s thriving can allow all of its residents to benefit.