Thu, 52, uses traps to kill insects and butterflies at night and catches caterpillars by hand to keep them from feeding on crops.

She makes organic fertilizers by mixing pig feces with dry leaves, rice stubble, husk and lime before composting them.

She said she sells some 100 kilograms (220 pounds) of Malabar spinach, snow peas, okra, amaranth, centella asiatica, houttuynia, gourds, sweet potato and mushrooms to local people and nursery schools every day. Her vegetables cost from 6,000 to 12,000 dong (25-50 cents) per kilogram.

"People prefer our organic produce because we do not use pesticides and artificial fertilizers for vegetables," she says.

"As Catholics, we grow fresh organic produce for the common good rather than private interests," she says, adding they have to work harder than other farmers in the area who use chemicals to plant vegetables for retail clients.

She also raises poultry and pigs and feeds them rice, cassava powder (similar to tapioca), trunk pieces from the banana tree and vegetables. She sells a dozen pigs a year.

Thu is among 40 farmers who provide clean vegetables for local nursery schools. They are from Thanh Trung Parish in Quang Dien District of Thua Thien Hue Province.

Daughters of Our Lady of the Visitation Sr. Mary Elizabeth Duong Thu Huong, who established the group in 2015, said those farmers "aim to grow vegetables, roots, beans and fruits without use of insecticides and chemicals to protect the environment from being polluted by pesticides and to look after people's health."

Huong said she teaches them how to make natural fertilizers from mud, leaves, garbage and animal excrement, trap insects and choose vegetables suitable for the weather and soils in the area.

In 2018, the country recorded some 164,670 new cases of cancer and 114,870 cancer deaths, according to the GLOBOCAN database of cancer mortalities in the world. One of the leading causes of cancers is contaminated food from the overuse of chemicals.

"We also ask benefactors to offer capital to 20 local households, 5 million dong [$215] each, to raise poultry and cattle and grow vegetables for a living," she says.

Hien says local farmers make a meager living so, when they have bad harvests, they get into debt, leaving homes and farms to collect used items and work at construction sites for a living.

"Many people improve their life, thanks to organic produce that consumers love to buy," she says. They provide organically farmed produce, poultry and pork products for Catholic nurseries and local people.

"Once people are aware of making clean agricultural products, they will be aware of taking responsibility for protecting community health," Hien says.

She says many people abuse chemicals and pesticides because they are not educated on the ill effects chemicals have on human health and the environment, and focus on chasing immediate profits.

She says the Filles de Marie Immaculée, also known as the Marianist sisters, have trained 17 parishes in cultivating organic vegetables, preserving food well, providing drinking water for others and preventing them from illnesses caused by climate change.

Hien says that sisters in rural areas grow clean vegetables in convent compounds for their own needs while religious communities in cities do not have enough room to do so.

Sr. Mary Nguyen Thi Thuan from the Mary Queen of Peace Congregation, based in Buon Ma Thuot City, Dak Lak Province, says sisters grow vegetables in farms around their convents to provide food for themselves and sell 100 kilograms (220 pounds) or more of vegetables a day to shops and local people.

"Some local farmers visit our farms, learn how to do organic farming and apply organic methods to their own farms," she said. "People are interested in organic farming methods."

James Dang Thanh Hoa, from Xuan Thien Parish, says he grows organic vegetables to safeguard the health of his family and others.

Hoa says he harvests 150 kilograms (330 pounds) of vegetables per day and does not have enough produce to provide to local shops, markets or malls, which require more massive amounts.

"We are happy that more and more people from other places come to buy our fresh farm produce," he said. 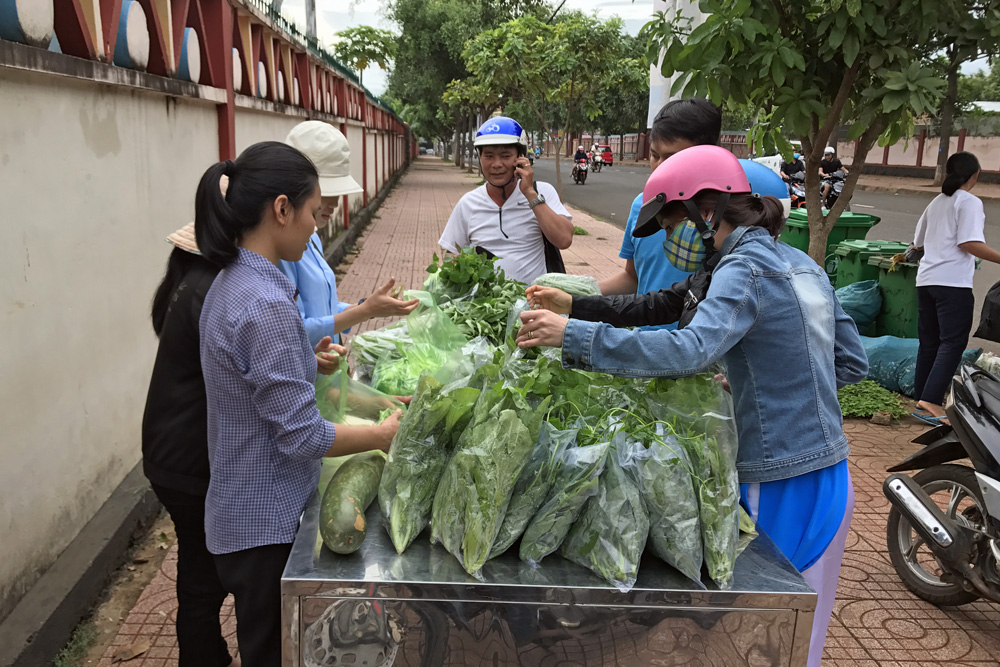 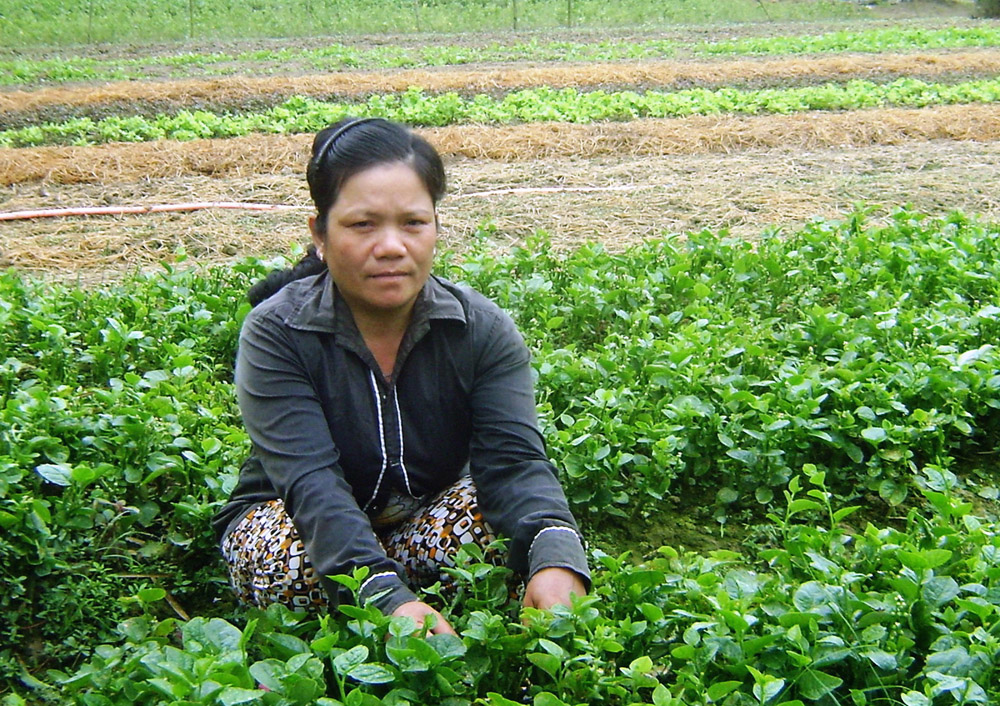 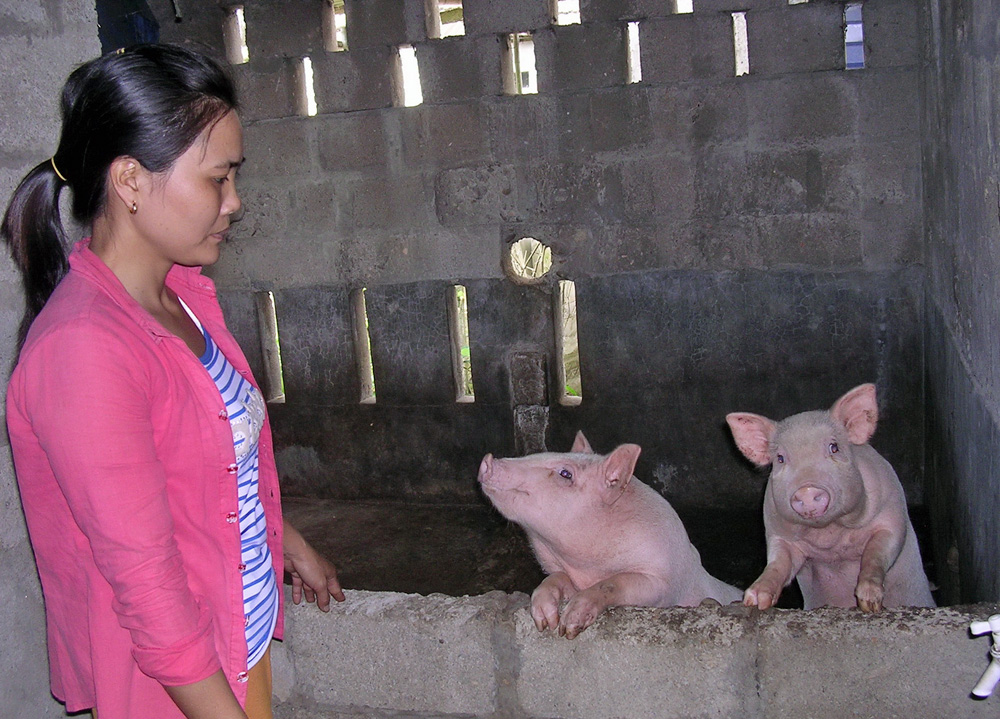 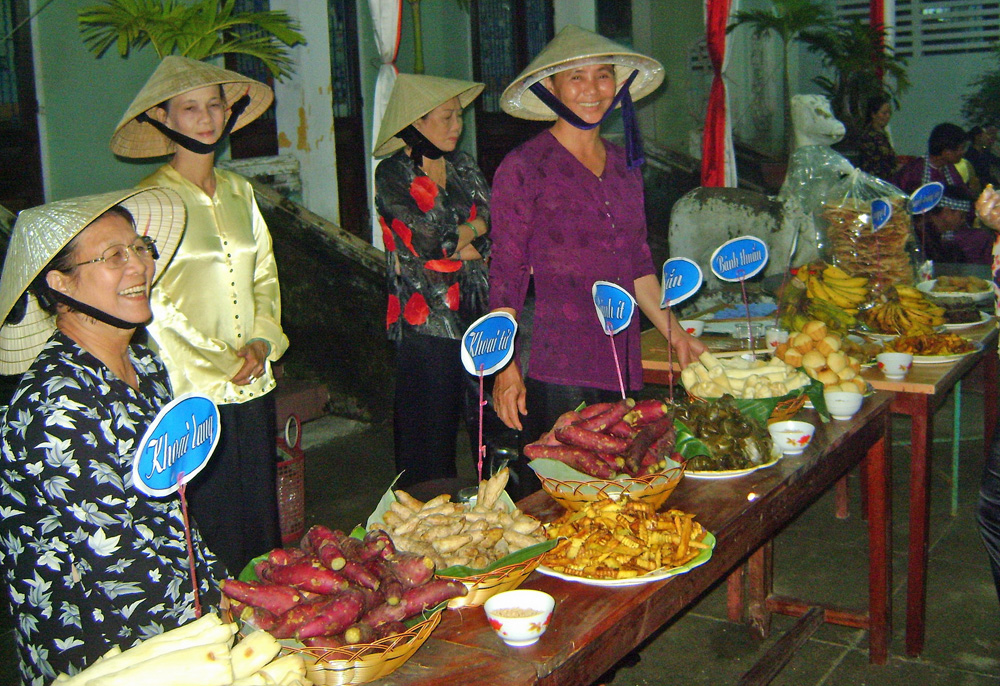 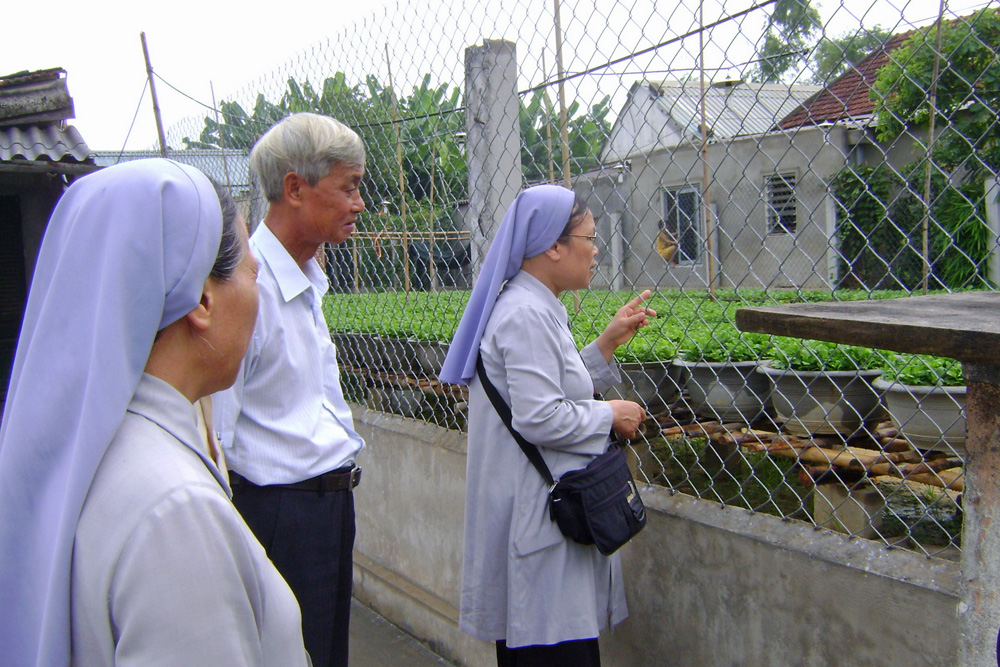