A Latin America expert for Catholic Relief Services, the head of the bishops' migration committee and the president of a Catholic college in Michigan were among those urging the government toward humanitarian responses to a surge of children and families crossing the U.S. border from Central America.

Among their recommendations were: fully funding a requested federal appropriation for services to deal with the influx of people; investigating and working to address the root causes of emigration from El Salvador, Honduras and Guatemala; and creating a program so people may seek permission to come to the United States without having to make the treacherous and illegal journey. Such programs have been successful in Iraq, Vietnam and the former Soviet Union.

In testimony to the Senate Committee on Homeland Security and Government Affairs July 16, Richard Jones, the CRS deputy regional director for Latin America and the Caribbean, said his agency has seen the numbers of unaccompanied youth fleeing Central America double yearly since 2011.

"We have seen the homicide rates grow, forced displacement increase and Mexican and Colombian drug cartels battle over who controls the routes through Central America," he said in written testimony. "In El Salvador and Honduras, there are more gang members than police.

He gave the example of four boys who were killed and dismembered in San Pedro Sula, Honduras, last month because they refused to be drug couriers.

Violence in El Salvador also has increased since March 2013, when a truce negotiated between gangs unraveled, Jones said. And since the election of President Salvador Sanchez Ceren earlier this year, he said, "violent deaths have risen to 13 per day or over 70 homicides (per) 100,000 people – nearly double what they were at the same time the previous year."

In Guatemala City, that nation's capital, the homicide rate is 116 per 100,000 people, he said, noting that, according to the Pew Hispanic Center, in just the past six months, more than 600 unaccompanied children from that city were apprehended in the United States.

He went on to discuss the various social factors complicating the raw violence, and to describe some of the programs CRS and other organizations are providing to try to address the problems at the core and keep families intact in their home countries, with education, skills and ways of improving their situations.

He mentioned various ways the governments of El Salvador, Honduras and Guatemala are trying to address their problems, including how to protect people who are returned there after being deported by the United States and Mexico. The efforts are inadequate, he said.

Jones gave several specific recommendations for ways the U.S. can best direct resources to the countries.

Among them, investing in community-based programs focused on security, job creation and violence prevention; including trying to better understand the local conditions causing people to flee.

In a July 17 letter to members of Congress, Seattle Auxiliary Bishop Eusebio L. Elizondo, who heads the U.S. bishops' migration committee, said the U.S. Conference of Catholic Bishops strongly support supplemental funding requested by President Barack Obama to take care of the more than 57,000 unaccompanied minors and 36,000 families that have come into the country since October.

He said they also oppose changes to current laws "that would roll back protections for these children that were enacted as part of the Homeland Security Act of 2002 and the William Wilberforce Trafficking Victims Protection Reauthorization Act of 2008."

Bishop Elizondo said that "this vulnerable group is fleeing violence from organized criminal networks. Many are likely to be eligible for a variety of forms of immigration relief, including asylum and various visas. Sending these vulnerable children back to their persecutors without a meaningful immigration hearing would severely decrease their opportunity for legal protection and possibly lead to their bodily harm or even death. We would oppose the repeal of key provisions of these laws in the supplemental appropriations bill or any other legislative vehicle."

He also opposed placing families into detention facilities, and encouraged increasing funding for community-based alternatives to detention, as well as increased funding for legal representation and for the Office of Refugee Resettlement of the Department of Health and Human Services, which is charged with caring for the children.

Bishop Elizondo also asked for funding to address the reasons why people flee their homelands and to support a program for orderly departure in the region.

"Such programs have worked successfully in Iraq, Vietnam, the former Soviet Union and other locations around the globe," he said. "The United States and countries in the region could accept a number of children and youth each year, consistent with the 'best interest of the child' standard. Such a program would ensure that children are protected and our international obligations are met while sparing children the dangers of a migration journey."

And at Marygrove College in Detroit, President David J. Fike called the situation a humanitarian refugee crisis that warrants a different kind of response than has been happening.

"This shouldn't be a debate," he said July 17. "The fleeing of vulnerable women, children, and young adults we are witnessing has all of the classic markings of what the world has seen in war-torn regions over and over again, war-torn regions in which unprotected, threatened civilians will take extreme measures to reach a safe haven.

"The only difference in this instance," he said, "is that the threat to vulnerable civilians is not from standing armies engaged in traditional combat or even organized guerrilla warfare. In this instance, the threat is from brutally violent gangs, extortionists, and narco-traffickers operating with impunity in widespread areas of extreme lawlessness."

Fike said at a news conference at the Catholic college that the situation calls for a charitable and humanitarian response, yet political leaders and news media debate whether to do that.

Fike, said his personal passion on the topic comes from his time spent in Central America and his friendship with some of the University of Central America faculty and staff who were murdered during the El Salvador civil war.

"I've seen and understand the results of dehumanization and I don't like it . . . it's painful, it denies our better selves, it makes us smaller and meaner as a country," he said.

He said he is frustrated by the lack of moral leadership and called on Obama to recognize the migrants as refugees. He said he would marshal the resources of Marygrove to help in any way possible, and encouraged other higher education administrators to do the same. 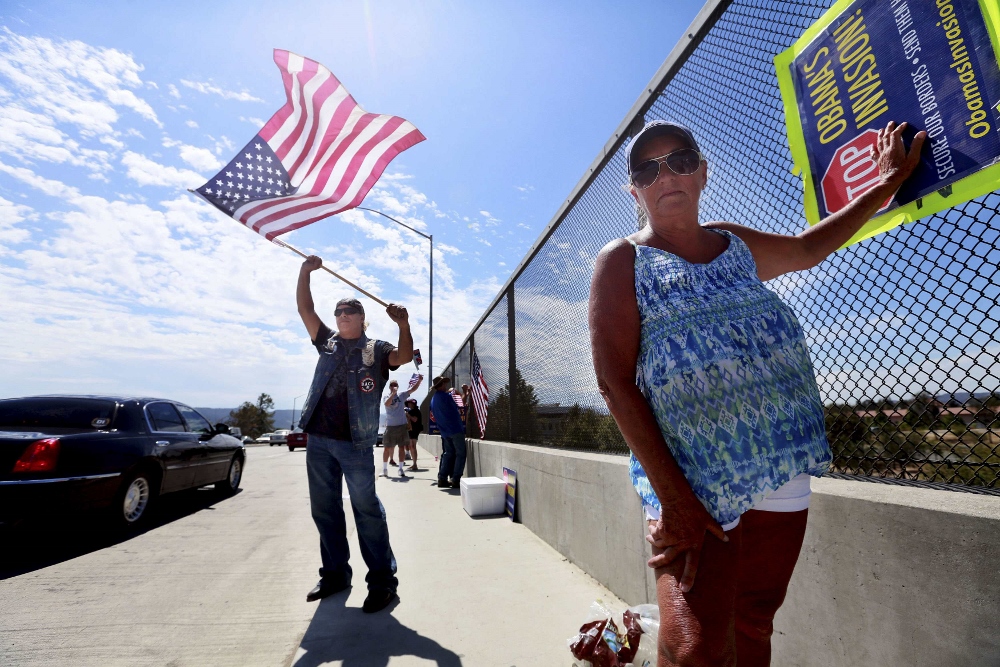