Catholic leaders have raised concerns that Latin American migrants are increasingly in danger of human rights violations, particularly the ballooning number of minors trying to make the trip from Central America to the United States alone.

In separate meetings in May in Central America, bishops, church workers and Catholic organizations from Latin America and the U.S. arrived at the same conclusion: More protection is needed for migrants during their arduous journeys in search of work and reuniting with family members.

"Our biggest concern, among others, has been the violation of human rights during migration, the trafficking of persons, the issue of public policy, and exploitation of various groups involved," the Department of Justice and Solidarity of the Latin American bishops' council said in a statement following a meeting in Panama May 16.

Days later, on May 22, Central American and U.S. bishops concluded a meeting in El Salvador in which they highlighted the dangers of the growing trend of young people migrating to the U.S. to reunite with family members.

The meetings come amid heightening calls for the U.S. Congress to pass a stalled immigration reform bill. A year ago, the Senate passed a bill that would provide a path to citizenship for undocumented immigrants currently living in the U.S., increase border enforcement, crack down on employers who hire undocumented workers and streamline legal immigration. The House of Representatives, however, has failed to vote on similar legislation.

"As pastors, we see the human consequences of this broken system each day in our parishes and social service programs, as families are separated, migrant workers are exploited, and our fellow human beings risk everything to find a better life for themselves and the ones they love," Archbishop Joseph E. Kurtz of Louisville, Ky., president of the U.S. Conference of Catholic Bishops, said in a June 5 statement.

Church workers contend that poor social and economic conditions continue to force residents to flee their native countries. The situation is particularly acute in Central America, where Guatemala, Honduras and El Salvador perennially rank among countries with the world's highest homicide rates.

"The forces that are driving them, the predominant push factors, are violence added with poverty and lack of opportunity," said Kevin Appleby, director of migration policy and public affairs for the USCCB Office of Migration and Refugee Services.

Appleby, who attended the meeting in El Salvador, said the church is particularly concerned by the increase in child migrants who are making the journey alone – commonly referred to as unaccompanied minors.

"One woman at a repatriation center, told us, 'I'd rather my child die on the way to the United States than at my doorstep,'" Appleby said, referring to the lack of security that's contributing to migration. "I think in the last couple years, the gangs have taken hold more. They are in the schools, they are in the neighborhoods."

U.S. officials have reported a dramatic increase in the number of unaccompanied minors attempting to make the journey northward. In the 12-month period ending Sept. 30, U.S. immigration authorities expect 70,000 such migrants will arrive at the Mexican-U.S. border, up from 24,668 last year. The number is projected to rise to 127,000 in the following next year.

"The urgency of the situation, that they are losing a lot of young people, is not hitting home," he said. "These are states that have major problems across the board, so their hands are full. In order for them to make progress, they are going to need help from the U.S. in one way or another."

While flows of migration to the U.S. are most worrisome, the church also sees problems in other areas.

At the Panama meeting, attended by more than 130 bishops, priests, church workers and representatives of organizations working on migration, there was widespread acknowledgement of the dangers faced by migrants traveling from one developing country to another, said Luis Enrique Pinilla Portilla, director of the Department of Justice and Solidarity of the Latin American bishops' council.

Following the meeting, the department highlighted the Dominican Republic along with Central American countries and Mexico as being of particular concern.

In the Dominican Republic, legislators in May passed a new immigration law that mainly targets migrants from neighboring Haiti and their Dominican-born offspring. The law provides a path to citizenship for tens of thousands of Dominican-born children of immigrants, but tightens the rules for current migrants and their families.

"The effect that you've seen is more tension at the border. It is difficult for Haitians, they are often subjected to abuses," said Claretian Father Jeannot Lefranc, who works in La Descubierta, a town in southwest Dominican Republic near the Haiti border.

"There is still a great amount of misunderstanding that exists. There is a sense that Haitians are invading, but it's really people driven by the need to find work," said Father Lefranc, who is Haitian.

Standing near the border with a sack of rice on his shoulder in early June, Jean Pierre Durand said he began migrating illegally to the Dominican Republic five years ago to feed his children.

"Here, at least, you can find something, work. Sometimes it does not pay much," he said. "But at home, in Haiti, there is no work. There is no food for us. It is much easier to come here, even if it is illegally." 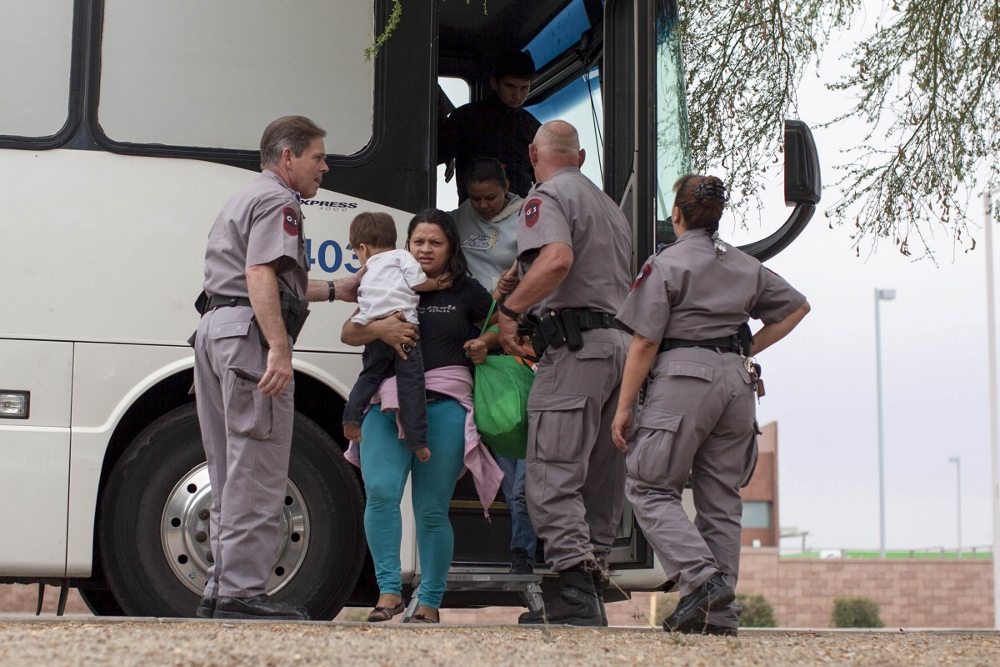