Mercy Sr. Karen Schneider stepped off a two-passenger plane in the middle of the jungle and walked into a malaria epidemic.

It was 1995, and sickened Amerindian people, who populate this small South American country's interior, lined the floor of a two-room clinic. A 15-year-old boy died a few hours after she arrived.

Schneider, at the time a fourth-year medical student at the State University of New York Health Science Center at Brooklyn, had never seen a case of malaria before. She'd never even traveled internationally.

"This isn't fun. This is serious," she told herself.

Over the next days, she gave patients intravenous fluids, lining them up on the small clinic's floors. As more patients came, she tacked nails to the walls to hang IV bags and laid patients on the ground outside. When she ran out of space there, she told the local boys to slam nails into the trees around the village to treat patients in the leafy shade.

"It was my own personal first disaster. It was me and easily 60 or 70 patients, and here I was a fourth-year medical student," Schneider said. "But nobody else died."

Now 52 and an emergency department pediatrician and assistant professor at Johns Hopkins University in Baltimore, Schneider took her experience in the jungle that year and turned it into a calling. She has shaped a career in which she spends the bulk of her time treating sick children in Baltimore while taking five or more trips a year abroad to treat the ill and arrange surgeries for the residents of some of the most remote and underserved areas of the world, fulfilling the Sister of Mercy fourth vow of service.

"I don't think it matters to her where she is. She's in the emergency room in Baltimore, or she's in a jungle; she's just there to help people," said Mercy Sr. Mary McGrory, a psychologist and registered nurse who regularly travels with Schneider to Haiti and Guyana.

The numbers alone provide testament to the impact Schneider has had: On a shoestring budget of around $75,000 a year – almost all of which comes from donations and grants – she provides routine checkups for thousands of schoolchildren and adults and has facilitated more than 1,000 surgeries to repair everything from cleft lip and palettes to facial tumors to heart defects.

She does so by relying on contacts within the Sisters of Mercy, health workers, surgeons who donate their time and service, and eager Johns Hopkins pediatric residents who take two weeks or more to travel with her to offer free health clinics in Guyana, Haiti, Kenya and Nigeria.

"What Sister Karen and her team are able to do here is extraordinary because, without her, we are left with little or no access to doctors," said Howard Cornelius, who runs a boat taxi for the people who live on the 40-plus islands that make up the village of Wakapoa, home to nearly 5,000 indigenous people.

Growing up in Lynbrook, on New York's Long Island, the daughter of a Shell gasoline truck driver and a community hospital nurse, Schneider had only a tangential relationship with her religion. She attended Sacred Heart Academy, went to Mass, sat for Bible studies, but "church was boring and God was kind of this Santa Claus God that maybe I'd pray to if I hadn't studied and wanted to get a good grade on an English test," she said. "I had no real relationship with God."

At the age of 16, she found herself begrudgingly attending a weekend Catholic retreat for teens at her hometown parish, Our Lady of Peace. She wanted to ditch it, much to her mother's dismay, but all of her friends were going.

There, popular high school students spoke about the importance of faith in their lives. It surprised Schneider and led her to a makeshift chapel, where, for the first time, she tried to talk to God.

"I said, 'I want to know you like they know you,'" she recalled. "And at that moment, I was washed in this unbelievable feeling of peace and love. I just started crying."

It was an experience that led her to dedicate more time to her church. By the time she enrolled in Molloy College, just three miles from her childhood home, friends were already telling her she should become a nun.

To her, nuns were stodgy teachers who dressed funny. But by her second year at Molloy, she found herself making excuses to spend the night at a Sisters of Mercy house in nearby Wyandanch, a mostly black and poor community through which the train passed but did not stop.

She entered the Sisters of Mercy before she even graduated from college.

Schneider taught for several years at a Brooklyn high school before her superior asked her if she was going to continue her education.

The sisters paid for her to take the courses she needed to take the entrance exams and apply to medical school, which eventually led her to Guyana.

This past March, 20 years later on a trip through Guyana's interior, Schneider stepped into a health clinic in Akawini, an indigenous village of 750 people accessible only by boats that cruise down a tributary of the Pomeroon River, the brown waters of which isolate the Amerindian people from the rest of the country.

She pulled her hair back into a braid that fell midway down the plaid pink shirt she had worn for two days. Her three-quarter-length khakis gave way to bare feet. A simple silver cross dangled from a black string around her neck. Her round face smiled easily and often.

Dozens of mothers carried their children inside for checkups. Next door, two of Schneider 's residents examined every student in the primary school.

It was at one of those very same screenings in 2008 that Schneider heard a heart murmur in Rudolph Wilson's daughter. Through Sister of Mercy contacts, Wilson and his daughter Rowena were flown to Indianapolis for surgery.

"Nobody would have known unless she came here and caught it," said Wilson, a teacher and the chief of the village of Akawini.

It's hard for Schneider to avoid running into the people she has helped. On a nearby island, Benedict Williams wrapped his arms around her and curled his lips into a deep smile.

"Lift up your shirt," she told him. A jagged scar climbed his abdomen from his waistline to just below his breastbone, the remnant of an emergency surgery to remove a mass that nearly killed him.

Schneider arranged for him to be admitted to Mercy Hospital in the capital, Georgetown, and paid for his surgery, like she had for so many before him. 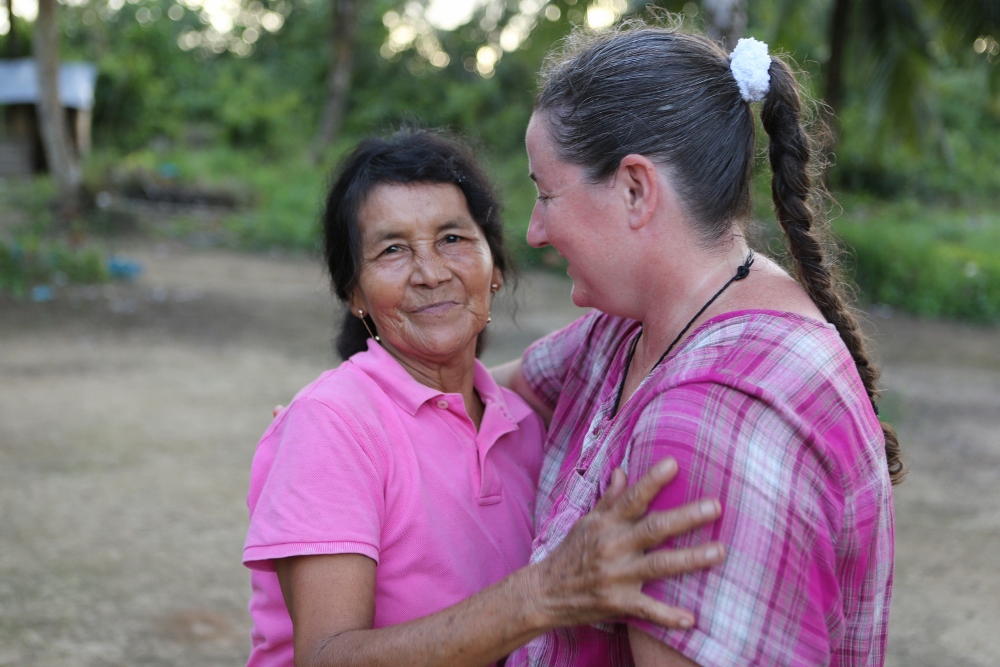 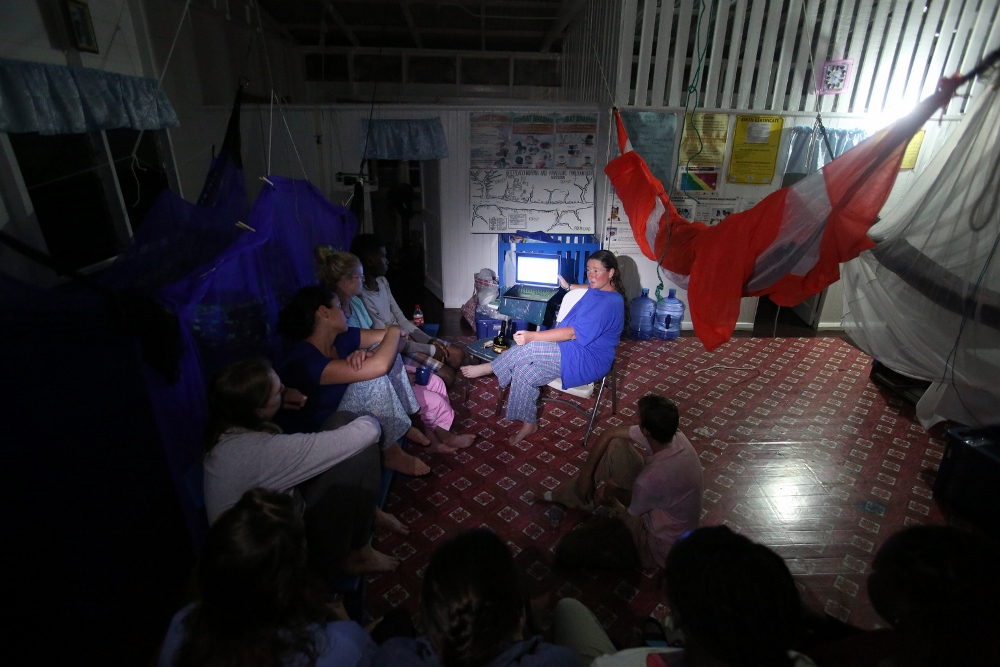 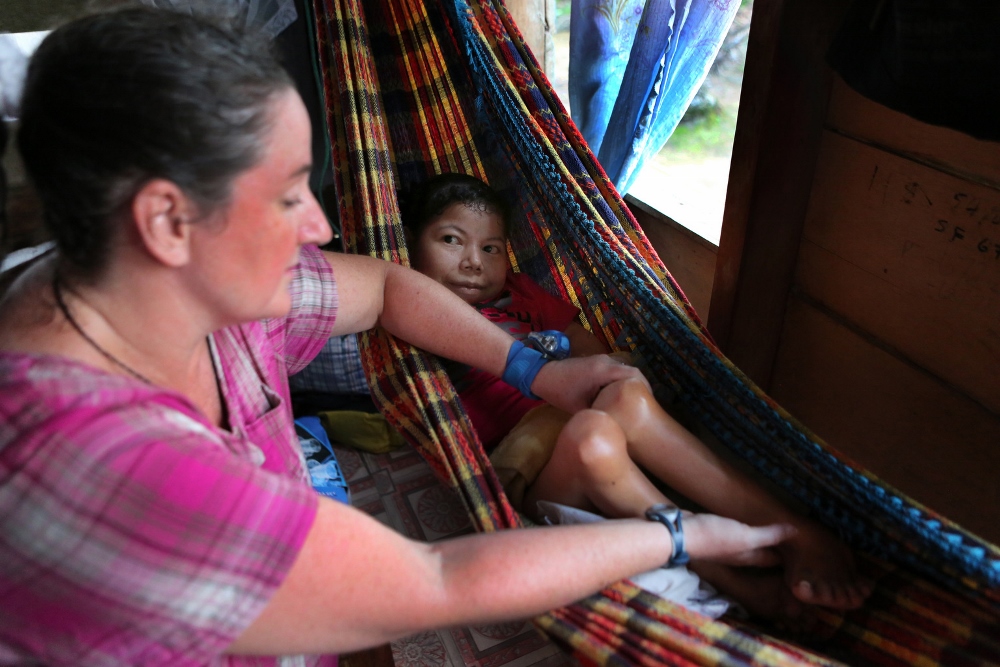 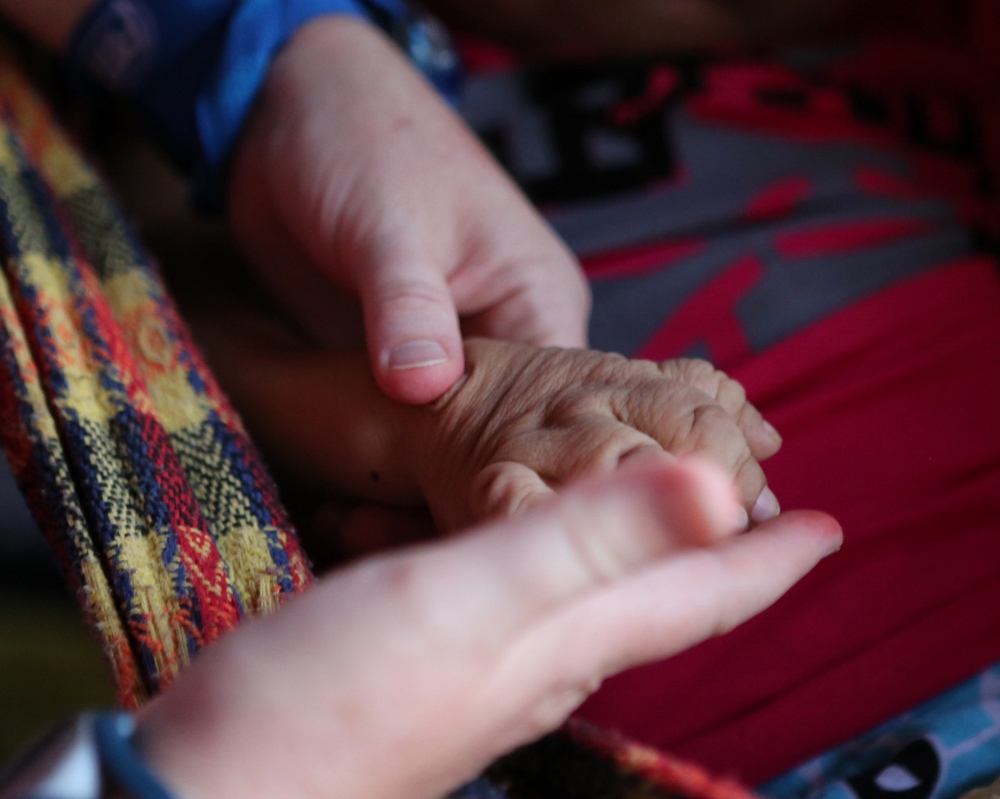 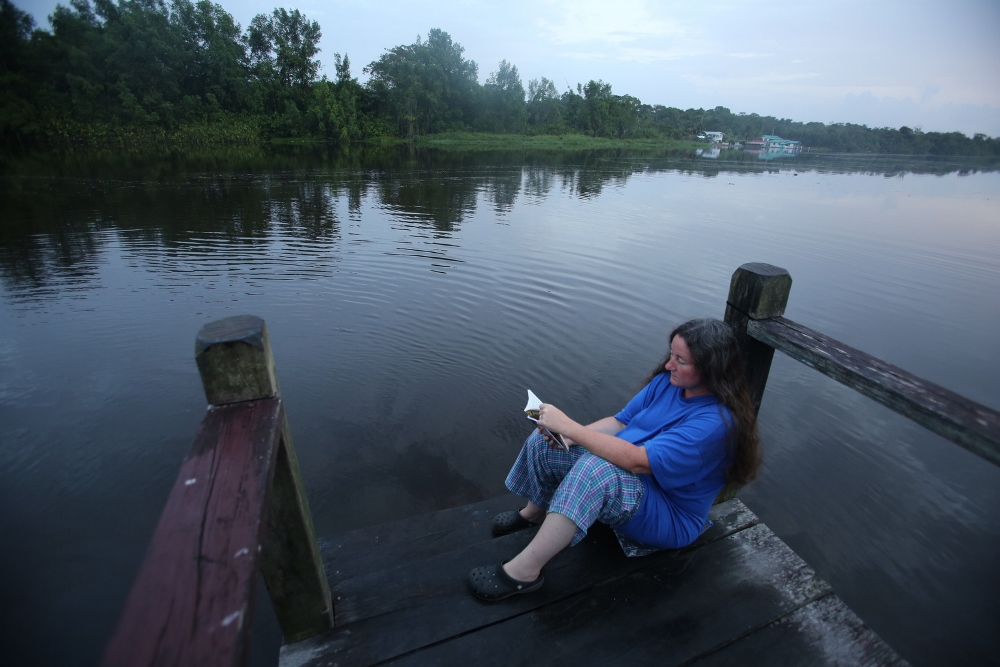