More than 100,000 children were kidnapped in northern Uganda and forced to commit atrocities against their own villages in the 25-year war led by Joseph Kony, which started in 1989. Now that communities are shifting from survival to healing, it’s easy to get overwhelmed by the sheer amount of need, of trauma, of pain exacerbated by poverty. But the first step, aid workers and sisters involved in reconciliation efforts agree, is to keep your hands busy.

At St. Monica Girls’ Tailoring School in Gulu, Uganda, the girls who have returned from the bush camps create bags made of soda can pop tops woven together. “These bags are like a type of therapy,” explained Sr. Poline Ochida, of the Sacred Heart of Jesus, and a teacher at St. Monica. “They need to be very busy. When they are quiet you look at them and they’re far away, their mind is very busy and this is not good. When they’re doing work all the time, they can forget all those things that happened.”

At St. Monica, the girls keep their hands busy with crafts like making bags with pop tops and jewelry from recycled paper beads or by doing activities like weaving, knitting and sewing. Sr. Rosemary Nyirumbe, the director of St. Monica who has garnered many awards including TIME magazine’s 100 Most Influential People and CNN’s Heroes Award, sells these handicrafts online and at speaking engagements around the world – this means the girls are generating their own income from their work. The therapeutic lull of using knitting needles or a weaving loom creates a rhythm of stability, and the income bolsters self-confidence and their sense of self-worth.

But crafts are only one part of the healing process. Joseph Kony’s Lord’s Resistance Army kidnapped children as young as 8 or 9 years old and then brainwashed them into staying with the army, where they were taught to kill villagers, rape women and burn down entire villages. Now the child soldiers are returning to society with no education. Formal education is an important piece of the puzzle because without job skills, the returning children will be trapped by poverty, unable to move forward. But communities also live in constant fear that something could inadvertently trigger the returnees, and that they will go on a rampage. Education and healing must go hand-in-hand.

“Training helps everyone become more self-reliant,” explained Charles Opira, an administrator and counselor at the center. Communities are already struggling to accept the returning soldiers. But they will be more willing, he said, if they know the returnees will bring economic value to as well. “People will only accommodate you when they know they will get something in return, not that you will be a parasite,” he said.

St. Monica Girls Tailoring School has training programs in agriculture, weaving, catering and tailoring. More than 1,500 girls have graduated from the programs, which range from three months to two years. Originally the school started in 1982 as a vocational training school for female dropouts, since northern Uganda is less developed and has fewer opportunities for women than other parts of the country. But starting in 2002, waves of female soldiers returned from the bush with children from Kony’s soldiers. The Sacred Heart of Jesus sisters adapted the program for young mothers, and incorporated therapy into vocational training, to equip the girls with tools for economic and emotional independence.

“The girls were so traumatized because sometimes they had to kill their friends,” said Ochida, the teacher. “If the camp is moving and you fail to move, you’re considered weak and you’re killed. If you shout [when you’re being beaten] they say you’re alerting the enemies, and they kill you . . . . The girls were forced to kill their own sisters. If a girl failed in any way, the rebels would say, ‘you have to kill her.’”

“There are different levels of trauma,” added Opira. “Someone may have only been three or four months in the bush, but they had to kill a lot of people, so they may be more traumatized than someone who has lived five years in the bush.”

A quick drive around the outskirts of Gulu reveals many faded signs for organizations supporting “war affected youth” who promise “behavioral change and success.” One of these organizations is the Caritas Counseling and Training Institute (not associated with Caritas International) in Lacor, Gulu district. Sr. Beatrice Gladdys Lalowa is the director of the counseling center, which offers counseling services to returnees going back to school. Some schools with high percentages of returnees require their students to go for counseling. But she realized that children aren’t the only ones who need counseling. Community leaders and especially teachers need counseling and education to figure out ways to reach these highly-traumatized children.

The students dealing with trauma are often easy to spot. “In school, kids keep absenting themselves,” said Molly Grace Ayot, an administrator and counselor at Caritas Counseling, which now has a counselor training program with 50 participants. “In sixth and seventh grade, they can take drugs and disturb the rest of the students, interrupt the class. They do this especially if the class is going well and they’re learning something important. You can also see it in the way they dress and take care of themselves. With girls, it’s mostly that they’re very, very shy and they absent themselves from school.

Poverty exacerbates this problem: perhaps a child’s parents were killed during the war, and now the family is being headed by a sixth grader, who must work to pay the school fees of the younger children and comes in tardy or infrequently. Or girls do not have enough money for pads, so during their menstrual cycle they stay home from school.

Art therapy provides a window into dealing with some of the clients who are the most closed and private. “In counseling, we help them put what is in their heart into drawing or modeling,” said Ayot. “When they take their emotions and put them outside, onto the clay or the paper, they are relieved from the stigma.”

“We find when they are sculpting their feelings, they come out with solutions, and that helps,” said Manwella Akello, who just received her diploma from Caritas’ two-year counselor training program.

Sr. Pauline Acayo, who oversaw the northern Uganda region for Catholic Relief Services for 14 years, found that uniting groups of returnees in a cohesive group allowed them to come out of trauma more quickly than individuals acting alone. “When they went back to school, the other children used to point fingers at them,” Acayo said.

When Acayo and aid workers noticed many of the returnees had formed their own groups naturally in the schools, they formalized those groups into “peace clubs,” providing training in mediation, dialogue, communication skills and counseling. In the bush, any disagreements or conflicts were resolved with violence and guns. When the children left the bush, they had to relearn how to communicate and how to solve problems as part of the society. “These children are now handling minor conflicts in the school instead of taking it to the teachers, and some are even handling conflicts between their parents,” she said. CRS partnered with Save the Children, which created peace clubs in primary schools. CRS helped create 19 peace clubs in high schools and Gulu University.

Acayo also watched as the groups of returnees chose their own unique paths towards healing. Many groups of returnees wanted to create traditional dancing troupes. Acayo and CRS helped provide them with costumes, instruments and dance instructors. Others wanted to play soccer and handball, so Acayo helped fund uniforms and transportation to games with other groups of returnees in a “peace league.” “Before they played, we explained to them that we are playing to build relationships,” she said. Eventually, neighborhood children who hadn’t been abducted to fight with the Lord’s Resistance Army asked to join the league as well, providing a bridge for normalized relationships within the community.

Staying busy through work, sports, hands-on therapy, and vocational training is also a complete shift from the lives of the soldiers when they were in the bush. “They were used to the rebel activities, going into communities and looting,” explained Ochida. “They told us, ‘in the bush, we have everything you have at the market, even fish and meat.’ They’d go to the market and shoot people and grab the things. And it was an easy life for them, because everything was free. So they got used to that easy life.”

“St. Monica is all about making you feel proud of your sweat,” said Opira. “We are using a religious approach, because some saw work as agony. But you need some things, and getting what you need comes as a result of work. So in the process of teaching them skills, we are helping them work,” he said.

“We tell them work is a blessing from God.” 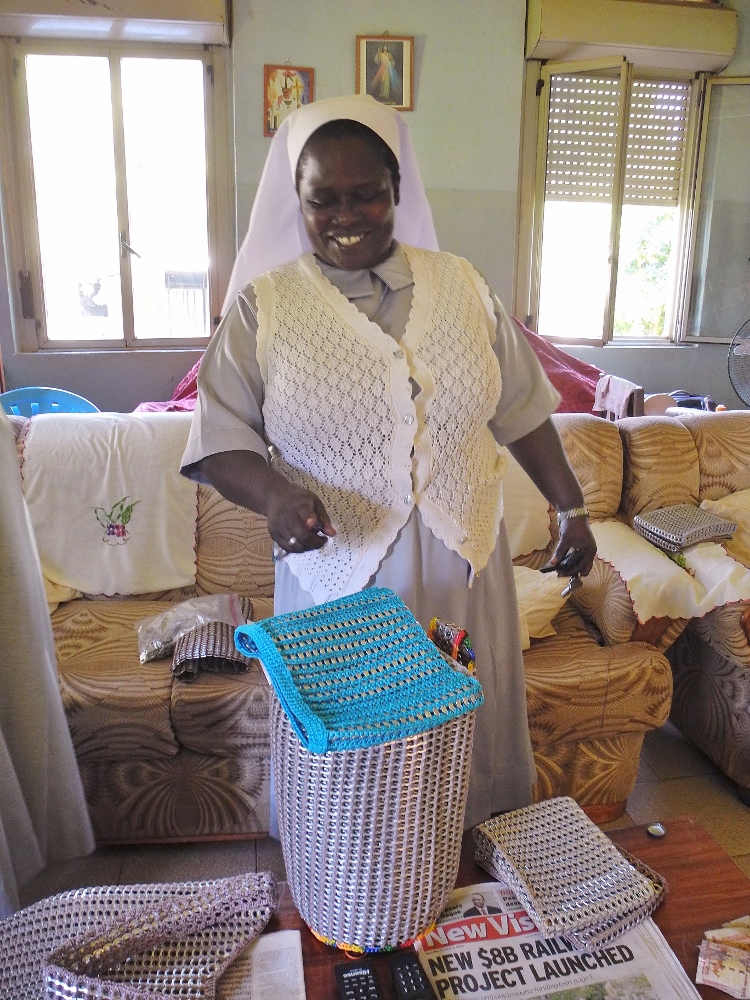 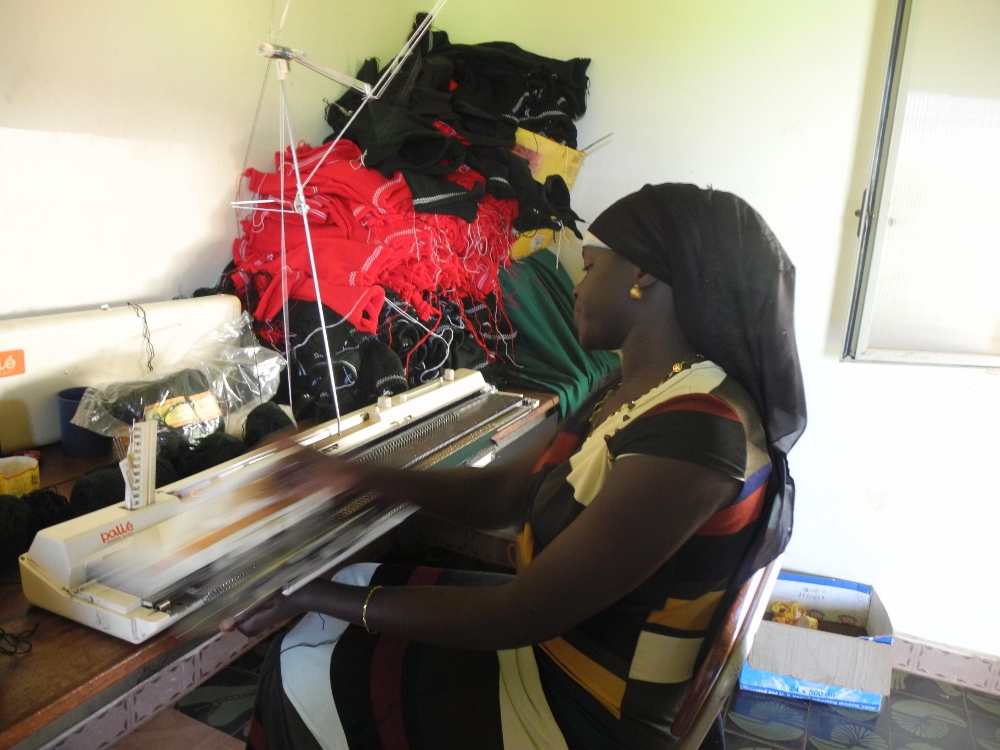 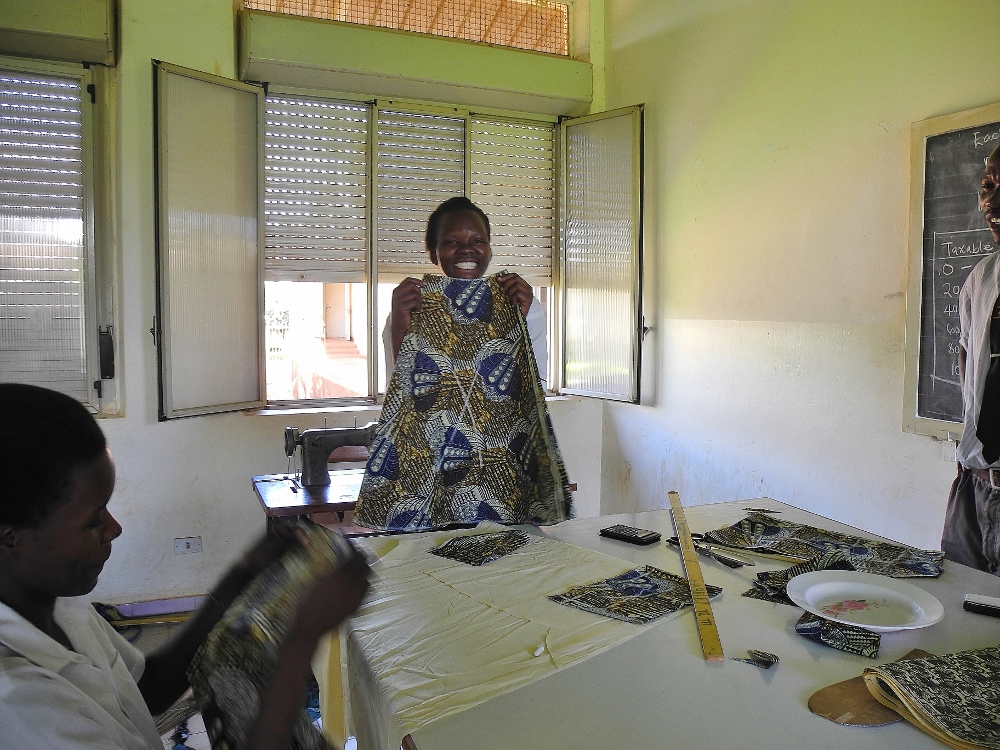 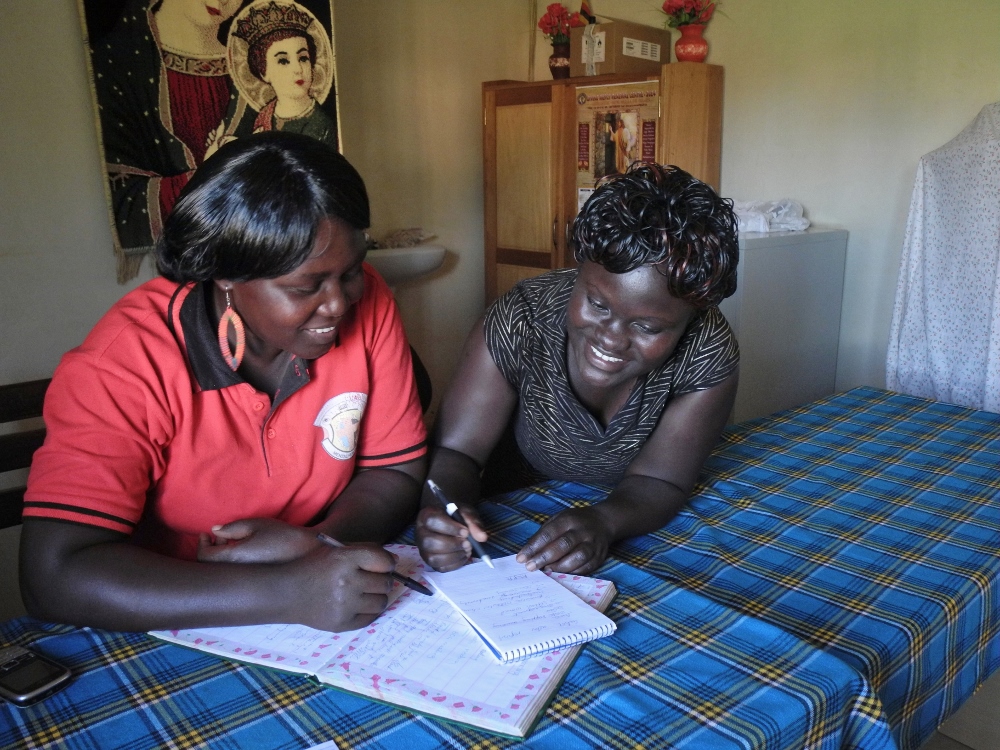 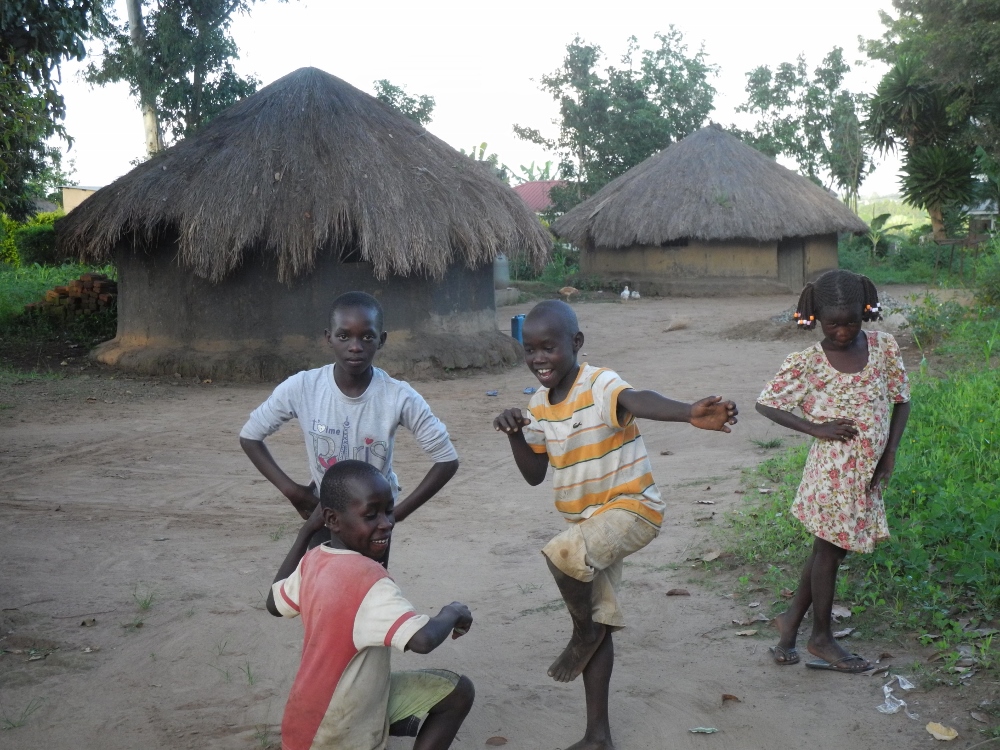