The couches, mattresses and chairs piled on top of each other created an island of furniture.

Volunteer college students scrambled around it as they painted the kitchen-living room combination in the mobile home with a fresh coat of white. A wet, mildew smell filled its four rooms.

They worked under the direction of Sr. Margarita Martin. The group had just finished a lunch of peanut butter and jelly sandwiches and potato chips.

The home's new owner squeezed in around the pile filling her living room, eyes wide with joy.

"I don't have words to describe how I'm feeling," said Claudia Rosales, 39, wearing a red cloth coat. She had just gotten off her shift at a nearby poultry plant, so her dark hair was still damp after a shower. "It looks so different from yesterday," she said.

She chatted with the students from Villanova University, in Pennsylvania, who were volunteers on an alternative spring break of community service. Then she turned to the "madrecita," the term of affection people in the trailer park call the three religious sisters who live among them.

Srs. Martin, Angela Cordero and Marietta Jansen – all Handmaids of the Sacred Heart of Jesus – hustle daily to serve their adopted community. Sr. Jansen told The Georgia Bulletin, Atlanta's archdiocesan newspaper, she believes it is important to "bring the church to the people."

The three sisters work with University of Georgia staff, host service-minded university students willing to help teach children, hand out smiles and sweets to youngsters after an after-school tutoring program they have and rice and beans to parents worried if they'll have food to feed their families.

Supporters praise the sisters' ministry for its impact on the community. Martin is a "good guardian" of the trust earned from the park residents, said a University of Georgia official.

The sisters' convent is a doublewide mobile home in the Pinewood Estates North park, several miles on the outskirts of Athens. Its roads are pitted with potholes and among the scores of trailers, some look like they could fall in on themselves.

A benefactor purchased the trailer for the sisters for $15,000. It has white siding, a screened-in porch with plastic furniture.

On its front hangs a large painting of Our Lady of Guadalupe, the patroness of the Americas and a revered image for Mexicans. Visitors bless themselves with holy water near the front door.

The community daily prays for an hour in the small eucharistic chapel, tucked behind plastic accordion doors. Overlooking the chapel is a painting of St. Joseph, St. Mary, and the infant Jesus on a road. The scene is painted as a contemporary Mexican immigrant family.

Martin's prayer is often simple. "They are your children. You take care of them," she will say to God. The daily prayer is vital to her.

"It sends me forth. It restores me," she said.

Called Oasis Catolico Santa Rafaela, the convent also serves as the religious heart of the mobile home community. There are processions and singing to celebrate the Our Lady of Guadalupe feast, observed Dec. 12. Around Christmas, the Mexican tradition of Las Posadas, the re-enactment of the search for lodging by Mary and Joseph in Bethlehem, takes over nightly in the community.

The sisters moved to the area in 2002 from Atlanta and named the center for the founder of their religious order. They settled here because of the families in need.

"We didn't come with a job description. We just came to be," said Martin, who is 73. Residents were wary at first because "I look very gringo," she said, with a smile.

Like other areas throughout Georgia, an influx of immigrants from Latin America in the 1990s and early 2000s came for a growing economy. The local agriculture and construction industries hired them, although not always with high wages.

Some 74 percent of families with children under age 5 in the park and its surrounding neighborhood are estimated to live below the poverty level, compared to 22 percent in Georgia. Unemployment hovers around 9 percent, above the state's level of 7.5 percent. Park residents are nearly all from Latin America, especially Mexico.

The reality doesn't surprise Martin, who stops an interview to answer the doorbell. After a little chitchat in Spanish, she takes out bags of rice and beans from a closet and hands them over to the woman.

The residents here are the "people of God," she said.

"Immigrants' hearts are really broken." And the focus of her mission is "healing hearts," she said.

"You see it in those smiling faces" as people feel "welcomed, loved and appreciated," she said. "Healing hearts."

Her goal is "build bridges of understanding, love, and appreciation between cultures and races and everything else" in Athens.

Oasis Catolico's center for after-school tutoring is housed in a collection of donated buildings. It runs with the help of nearly 250 volunteers; most are University of Georgia students, who come weekly during the spring and fall semesters.

"We sometimes call her a force of nature," said Paul Matthews, assistant director of the university's Office of Service-Learning. "She has an amazing ability to get things done."

For Martin, her life's work comes down to seeing the person in front of her.

"We are brothers and sisters," she said. "How do you want to treat your siblings?"

[Andrew Nelson is a staff writer at The Georgia Bulletin, newspaper of the Atlanta Archdiocese.] 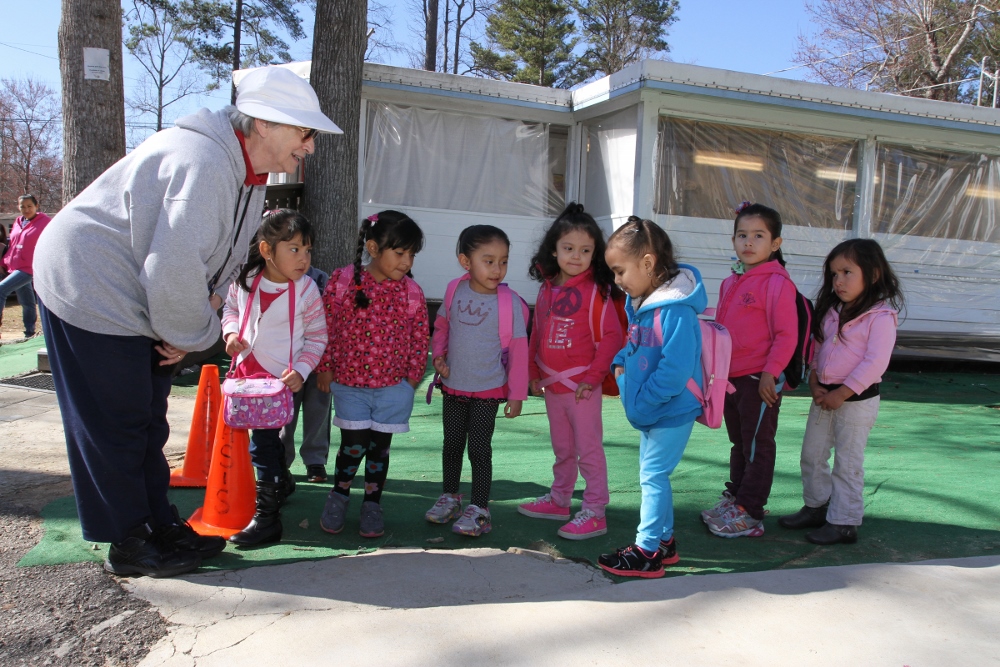 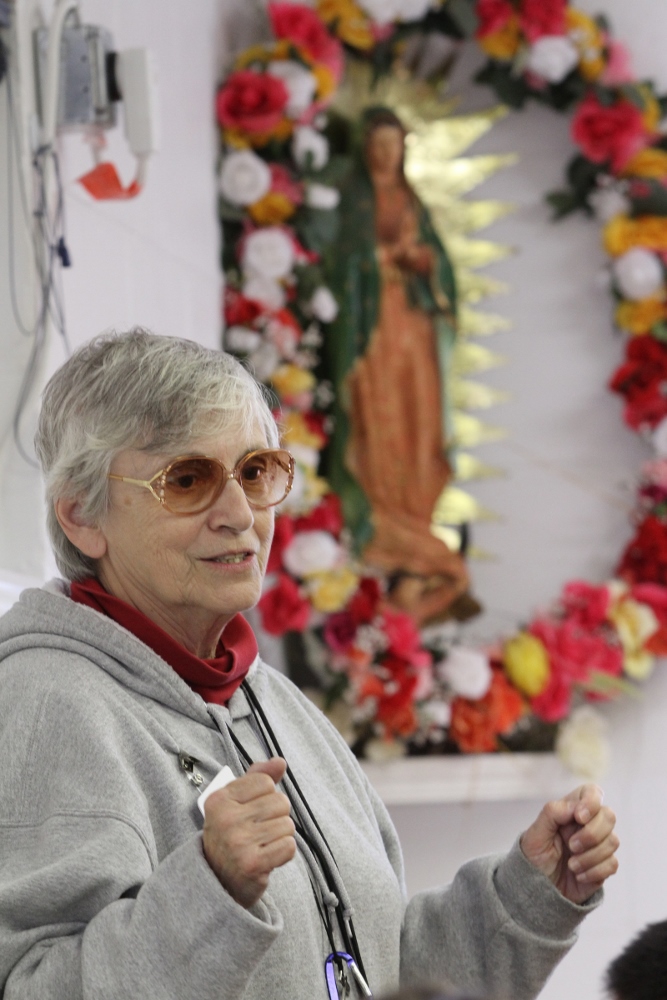