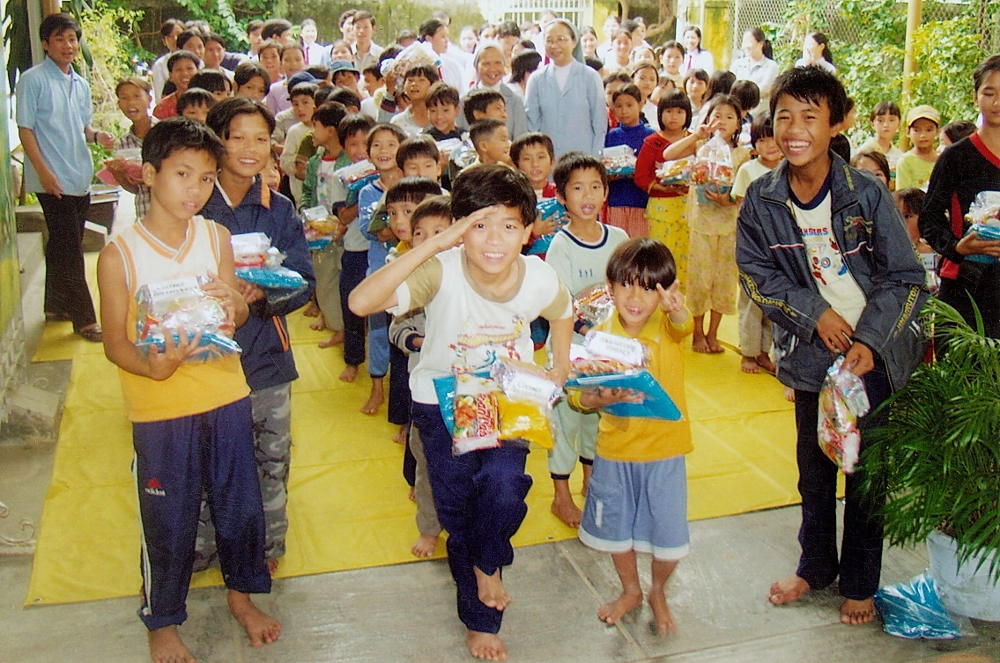 Hue, Vietnam — Nuns in central Vietnam are helping sick children and those affected by HIV/AIDS to celebrate the Mid-Autumn Festival. Known in Vietnam as Tet Trung Thu, the holiday marks the traditional end of the harvest season and is one of the year’s biggest festivals.

From September 4 through 8, six nuns from Daughters of Our Lady of the Visitation got on their motorbikes to visit over 300 children receiving treatment at Central Hospital based in Vietnam’s central Hue city. They brought them treats to cheer them up – teddy bears and candy – offered them milk, clothes and money.

The children come from 10 central provinces and are suffering from kidney failure and respiratory problems and various illnesses related to nerves, heart conditions and malnutrition.

“The festival is an opportunity for all children to play traditional games, receive gifts and enjoy festivities at schools and other public places. But these ailing children have to fight against serious life threatening illnesses,” Sr. Anna Le Thi Hue said.

“We have mothering instincts like other women so we see the anxious faces of children and their parents during the biggest festival for children in the year we are deeply moved,” she said. The nuns made the clothes and teddy bears by hand a month earlier.

The Mid-Autumn festival, also called lantern or moon festival, is the 15th day of the eighth lunar month and is widespread in China and Southeast Asian countries.

“To bring joy to those children is a way we follow Mother Mary’s Visitation to do evangelization work in society,” Hue said. “We are happy to see the cheerful smiles and joy on their faces.”

Dau Thi Huong, whose 5-year-old daughter underwent a heart operation costing 40 million Vietnamese Dong (U.S. $1,905) on Sept. 7, said the nuns offered her 30 million Dong. She had sold the family’s cattle and poultry to raise 18 million Dong to cover treatment costs, including a month at the hospital before the operation.

Simultaneously, Daughters of Our Lady of the Immaculate Conception sisters paid home visits and gave  out notebooks, reading lamps, confectionary treats, mosquito nets and blankets to children whose families are suffering with HIV/AIDS and are from ethnic minority groups.

“Those disadvantaged children often drop out of school because their relatives live in poverty and do not appreciate the importance of education. We want to give them basic things so that they can pursue their studies,” Sr. Benedictine Nguyen Thi Dien said.

The new school year officially began on Sept 5. Vietnam has mandatory K-12 study but poor families often do not follow this law. 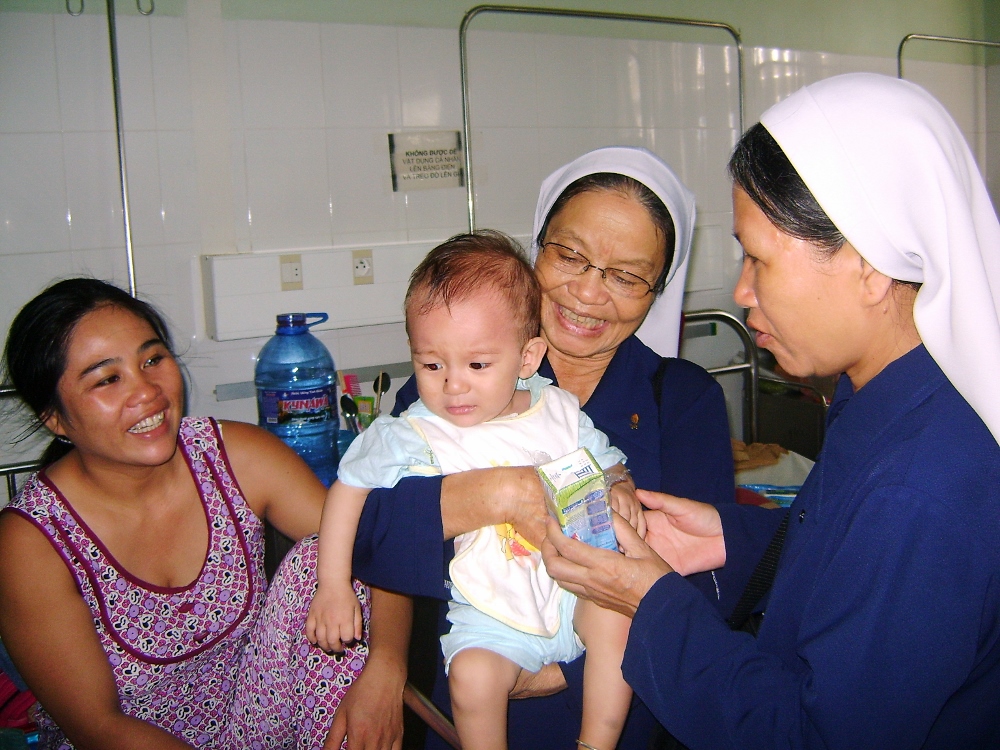 Two sisters from Daughters of Our Lady of the Visitation embrace a sick baby at Central Hospital of Hue Sept. 8 during a visit for Mid-Autumn Festival. (Peter Nguyen)

Think locally, act locally: We are all neighbors

Q & A with Sr. Lorelle Elcock, raising money for Dominican sisters in Iraq

A garden, a cafe for neighbors in Detroit

A piece of the U.S. justice system