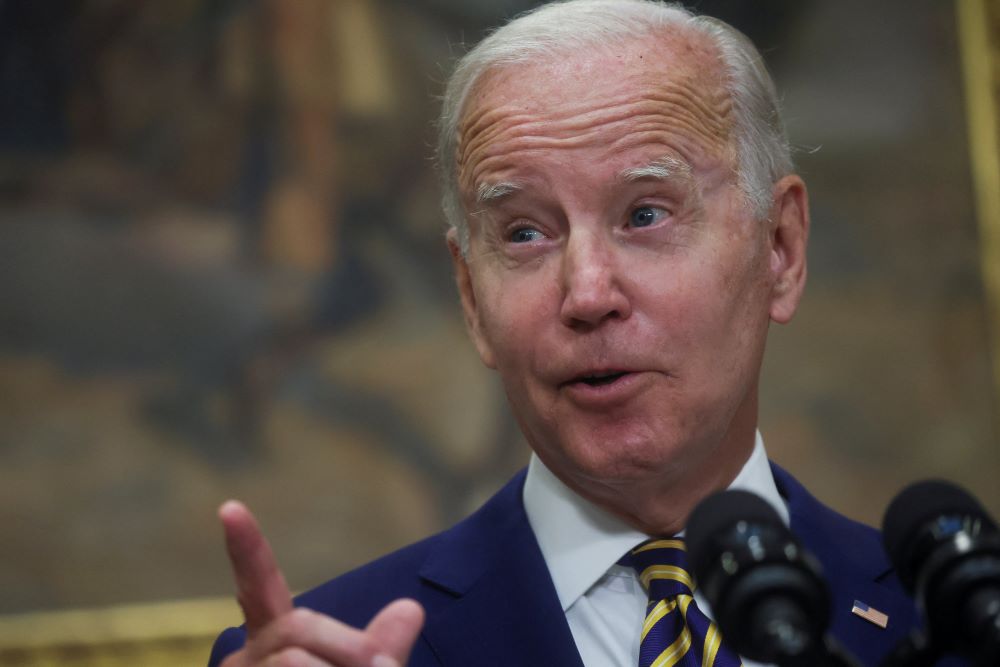 The White House's plan to cancel up to $20,000 in student loan debt would result in more sisters, priests and brothers, say officials at organizations that work to reduce student debt for those discerning vocations.

Earlier this year, President Joe Biden announced a Department of Education program to cancel $10,000 in student debt for those with federal loans who make less than $125,000 per year ($250,000 per household) and up to $20,000 for student borrowers who received Pell Grants, which are awarded to students from low-income homes. But the controversial program has been on hold as cases wind through the courts.

"The vocation crisis wouldn't be nearly so bad if student loans weren't in the way," said Mary Radford, executive director of the Fund for Vocations, sometimes known as the Mater Ecclesiae Fund for Vocations. "It would be a very small, short-term boost for us."

Radford and others said the boost would only be small and short-term because even $20,000 in debt forgiveness would come nowhere near erasing the outstanding debt preventing some discerners from entering convents or seminaries.

"[Loan forgiveness] would be a help, but it's not going to take care of it," said John Flanagan, executive director of the Labouré Society. "It's going to help, but there's not going to open a huge floodgate of people to vocations."

Flanagan said the federal loan forgiveness program also would not address private loans through banks or loans that parents take out for their children's tuition that the students are expected to pay off.

"The need is still great," he said. "If this is to happen, praise God for the sake of more vocations."

A 2012 study from the Center for Applied Research in the Apostolate at Georgetown University sponsored by the National Religious Vocation Conference found that 32% of people discerning a vocation had student debt. Of the religious institutes that responded to the study's survey, almost 70% turned away at least some inquirers because of their educational debt.

Loftus said the political controversy over the debt-forgiveness program — six Republican-led states are leading one of the lawsuits seeking to stop it — hasn't affected donations to the National Fund for Catholic Religious Vocations despite the organization announcing its support in August. The lawsuits against the plan argue that it would hurt state tax revenues, that it violates federal procedures requiring a public comment period, that Congress did not authorize it, and that it violates the 14th Amendment's requirement of equal protection.

"I don't think people attribute the [forgiveness] program as something that can be directly related to vocations," Loftus said. "But once they learn of it, there is a transformation. You see the statistics and you understand."

Flanagan said he is not speaking to whether student-debt forgiveness should go forward, but if it is offered to everyone, then it is appropriate and beneficial for those seeking a vocation.

Both Labouré and Fund for Vocations have seen an increase in applicants this year, so the need is even greater. Fund for Vocations' Radford said the news about the government's forgiveness program has increased awareness of the issue.

"It has helped a little bit to get the word out about the problem student loan debt plays in a young person's decision about formation," she said. "And it's not just potential donors that aren't aware. It's the young people that think they are being called to religious life but make the assumption their student loans will disallow them."