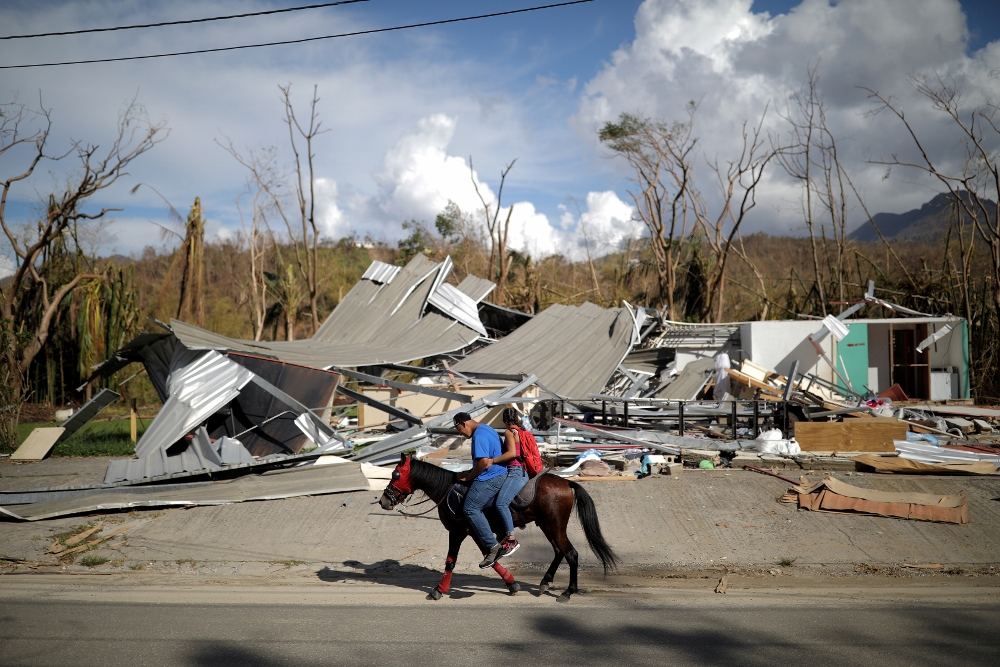 Aid has been pouring in to Puerto Rico since Hurricane Maria ravaged the island Sept. 20, but the U.S. territory still faces a massive rebuilding challenge in addition to the immediate needs for water and food.

Electricity, phone service and cellphone infrastructure were essentially wiped out on the islands of approximately 3.5 million people. The storm killed at least 18 people and caused billions of dollars in damage.

Catholic News Service reports that a week after Maria hit, Catholic Extension was able to send $325,000 in relief funds for the six dioceses of Puerto Rico, with another $25,000 going to the U.S. Virgin Islands, which were hit by hurricanes Irma and Maria. Other agencies that have provided aid include Catholic Charities USA, which sent $1 million in emergency aid to Caritas Puerto Rico, and the Knights of Columbus, which has sent $100,000 in aid, CNS reported.

As for women religious in Puerto Rico, little information has been coming out about how they fared in the storm and how they have been in the weeks since. As of Oct. 10, 84 percent of Puerto Rico was still without electricity, Puerto Rican officials reported. Nearly half of the telephone infrastructure, both wired and wireless, still wasn't working, and two-thirds of cellphone towers were still out of commission or knocked down entirely. Fewer than two-thirds of water utility customers had drinking water.

Though 78 percent of gas stations are open, there are few places to drive: The Federal Emergency Management Agency reports fewer than 400 miles of the island's 5,000 miles of roads are open. The lack of roads has slowed a relief effort that had already been criticized for its slow pace.

Bishop Eusebio Ramos Morales of Caguas described the island of as being in chaos, CNS reported, with the lack of transportation and communication compounding the Catholic Church's challenges in providing assistance.

The little information that has emerged from sisters on the island has been in short messages with little detail.

The Sisters of Charity of Nazareth received an email from associate Maria Melendez, who wrote, "Sad, sad situation here! The only way to describe is apocalyptic. Pray for this island and its people!" 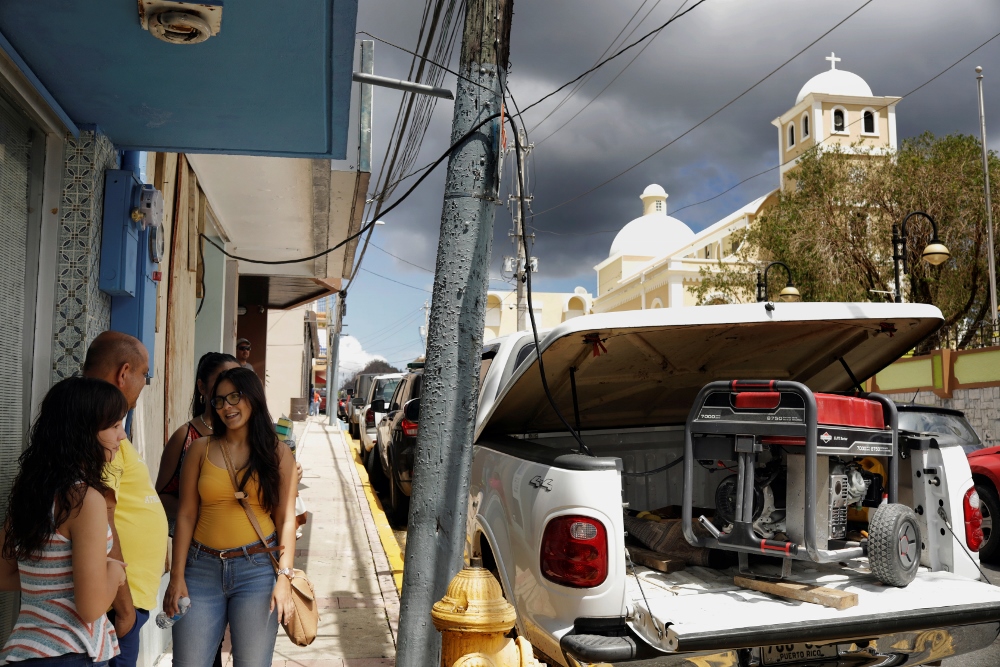 People chat as a generator runs the electric service for a nearby restaurant in Lares, Puerto Rico, Oct. 7, as towns recover from Hurricane Maria. As of Oct. 10, just 16 percent of electricity service had been restored on the island. (CNS / Reuters / Lucas Jackson)

The Carmelite Sisters of Charity, known as Vedruna Sisters, have five sisters in Puerto Rico who are retired from active ministry but still work with a remedial education program in their neighborhood. The sisters in the United States know only that their Puerto Rican sisters' house survived the storm, but the buildings housing the education program were damaged.

The Dominican Sisters of Hope received one of the more extensive reports from their sisters in Puerto Rico, who said they now have water service but no electricity. The school, chapel, laundry area, guest room and other rooms were flooded. The convent has a small gas stove they can use, and a pastor was able to find a generator for the school to operate fans in the tropical heat, though it will not power air conditioners.

The Dominican Sisters of Hope in the United States were told their sisters in Puerto Rico have been through hurricanes and loss of electricity before and know how to cope with these challenges, but the need this time is particularly great. Financial donations and prayers are what is needed most right now, they said.

Among those providing help to sisters on the island is SOAR!, Support Our Aging Religious, which sent funds to the School Sisters of Notre Dame in Caguas to help them care for their infirm sisters after the storm.

SOAR! is a nonprofit that offers grants to meet the needs of aging Catholic religious. It also provided grants to three congregations of sisters in Houston that suffered from flooding after Hurricane Harvey. All told, SOAR! has provided $40,000 in grants to the four communities.*

*This story has been updated to clarify funds sent.

Sisters of Earth: hopes and dreams

Voices of Faith in Kenya raise the alarm for environmental protection

How do you teach a 'teaching document'? Arizona high school shows how