Global Sisters Report is publishing a special series about how trash is managed in the world and how sisters are helping people affected by landfills. We started this project in June to mark the anniversary of Pope Francis' encyclical, Laudato Sí, about climate change, pollution and waste, which warns: "The Earth, our home, is beginning to look more and more like an immense pile of filth."

December 2011 was already difficult for the Franciscan Sisters of Mary. They sold their convent and moved to a retirement community in suburban St. Louis.

Then they discovered the smell and, even worse, what the smell was from.

Less than 2 miles from their new home, The Sarah Community, is the Bridgeton Landfill, which was creating hideous smells because the decades' worth of trash buried in it is burning — not through fire, but through high temperatures from decomposition fed by methane. The waste burns without flames but is so hot it sometimes melts the temperature probes used to monitor it.

And then the Bridgeton community learned that not only was the landfill slowly burning, but the heat was moving — toward the West Lake Landfill next to it, which holds radioactive waste from building atomic weapons during World War II.

A federal investigation found that in 1973 8,700 tons of leached barium sulfate had been mixed with about 38,000 tons of soil at the West Lake Landfill and used to cover layers of municipal garbage dumped there. The radioactive material was the byproduct of a uranium ore processing facility in downtown St. Louis and left the West Lake Landfill peppered with radioactive uranium, radium and thorium.

As the nation's stockpile of radioactive waste continues to grow with no permanent solution for what to do with it, landfills are becoming an issue in the United States, despite the fact that the nation has had strict regulations on how landfills are built, operated and sealed for nearly four decades.

Sisters are not generally against nuclear energy, but they are against using nuclear energy with no plan for safely dealing with the waste and contamination, said Franciscan Sr. Joan Brown, executive director of the advocacy group New Mexico Interfaith Power and Light.

"We would certainly support nuclear power if [the government] would address contamination from beginning to end," Brown said.

Even low-level radioactive waste can be a major problem, as the Franciscan Sisters of Mary have learned.

There is currently no known way to stop the smoldering of their nearby landfills' waste: The Bridgeton and West Lake landfills are both in an old limestone quarry up to 240 feet deep that has been used as a dump since the 1940s.

Bridgeton Landfill LLC, owned by Republic Services, says it is working to manage the site and control odors. Bridgeton Landfill spokesman Russ Knocke said more than $180 million has been spent on the landfill, which has been closed since 2004 and will never bring the company profit.

"We're trying to do right by the community," Knocke said. "And I think we can say that today, odor at Bridgeton Landfill is pretty much a thing of the past."

Knocke said more than nine out of 10 odor complaints are now found to have come from sources other than the landfill.

But in 2012, just after the Franciscan Sisters of Mary moved nearby, Knocke said the odor was at its peak. So the sisters, who had been focused on their move and the sale of their convent, became activists, partnering with several local groups of concerned citizens and environmental activists such as Just Moms STL, a group of mothers who live nearby worried about the safety of their children.

They began attending community meetings held by the various regulatory agencies overseeing the two sites, studying the issues and poring over government documents related to the sites. And the more they learned, Thackrey said, the more they realized it seemed that the Environmental Protection Agency wasn't doing much about the intense heat moving toward the radioactive waste.

In April, the EPA announced plans for a temporary barrier between the two landfills until it decides on and builds a permanent solution. The barrier will use geothermal cooling loops to lower the temperature underground and prevent the smoldering from moving into the radioactive waste. In the meantime, the Bridgeton Landfill has been covered with vinyl to decrease the oxygen getting to where the trash is burning and reduce the odors. Methane from the landfill is now burned off mechanically to reduce the smell.

"We don't experience [the odor] as often, but when it does [smell], it's pretty bad," Thackrey said.

"Our intent is to be involved until it's taken care of," Thackrey said. "We want total cleanup and total removal."

While the West Lake Landfill situation is frustrating to neighbors, it is also a sign of how things have changed in the United States since environmental laws regulating landfills were enacted in the late 1970s and early 1980s. Those laws require new landfills to be built to ensure waste does not contaminate groundwater, have monitoring to ensure there are no leaks, and have oversight of what things can be disposed of there and how landfills are sealed up and closed.

When problems like the one the community of Bridgeton faces do occur, they're generally in landfills that were built before the regulations took effect. And there are mechanisms in place to solve, or at least minimize, problems as they arise. For example, laws require landfill operators to have money set aside to clean up any contamination the landfill causes.

Under U.S. law, those who create hazardous waste are responsible for it from beginning to end. When the responsible parties cannot be found or no longer exist, the federal Superfund program exists to pay for the cleanup or containment efforts.

"The mission of the Superfund program is to address contamination to ensure it does not become a threat to human health or the environment," said EPA Region VII Spokesman Benjamin Washburn. "That's what we're doing at the West Lake Landfill."

Franciscan Sr. Dawn Nothwehr, a professor at Catholic Theological Union in Chicago who researches environmental ethics, said landfill issues exist in the United States, but they're often hard to find. Rather than the open, leaking dumps seen in other countries, the issues here involve placing new landfills or incinerators in economically distressed areas where the people have no political clout or there is lax enforcement of laws.

The lack of other issues with landfills could be a positive story, said Sr. Pat Siemen, an Adrian Dominican, attorney and, until recently, the director of the Center for Earth Jurisprudence, which she founded at Barry University School of Law in Orlando, Florida.

"It is certainly worth studying to see if [having so few landfill issues] is a case where environmental regulations — when they're enforced — actually work," she said.

Laws require that landfills be lined on the bottom to prevent contamination of groundwater, and a system of drains must collect the water that passes through the garbage so it can be treated. Landfills also must be capped and gases produced by decomposition of the trash, such as methane, must be collected and disposed of.

Still, having worked in environmental law, Siemen knows that enforcement of regulations is usually sorely lacking, so she is hesitant to say, without study, that the lack of landfill issues in the United States is a success story.

"Can environmental laws work?" she asked. "Yes, if they're enforced."

Nothwehr said hazardous electronic waste from the United States is often shipped overseas, where there are no regulations, and the toxic materials inside poisons the children who recycle it for a meager living.

And even when environmental laws are enforced, it can sometimes feel as if they're geared to protect the rights of industry instead of health and natural resources, said Brown, especially when it comes to sending radioactive waste to New Mexico.

"In New Mexico, we call ourselves the 'sacrifice zone' for the country," Brown said. "We are stuck with the stuff now. It's not just a matter of 'not in my backyard.' It's 'Let's just ship it off to New Mexico because no one lives there.' There's a kind of a climate colonialism that continues to happen."

New Mexico Interfaith Power and Light (NMIPL) is fighting the nation's habit of sending the byproducts of the nuclear age to be stored in the mountains and deserts of the state known as the Land of Enchantment by raising awareness of energy and environmental issues and advocating for public policy.

"We've had several large fires up in the mountains, and one of the fires got close to all of this nuclear waste that was being stored there. . . . It was close to a huge disaster," Brown said.

That storage plant was closed in 2014 after a drum of waste exploded and ventilation fans sent radioactive dust to the surface and contaminated 21 workers, though Department of Energy officials said the workers were exposed to less radiation than delivered in a typical medical X-ray. The facility has not reopened because plant officials still don't know the cause of the explosion and are developing a plan to ensure it doesn't happen again.

There are also projects at Los Alamos and Sandia national laboratories to build the next generation of nuclear weapons, Brown said.

"There's a movement toward allowing storage of spent fuel rods from nuclear power plants, so we may have that in three or four years," she said. Spent fuel rods are high-level waste that will emit dangerous levels of radioactivity for thousands of years, meaning they must be isolated from people and the environment.

Brown said despite having to fight on so many fronts, they have won battles, including settling a lawsuit over contaminated water from Los Alamos in which NMIPL sued to force enforcement of the Clean Water Act. The settlement allows NMIPL to monitor groundwater at the site to ensure there are no further violations of the act.

"They say, 'Well it will create a couple hundred construction jobs.' Is that really good enough?" she asked. "That's the reward for being the nuclear storage site for most of the world?"

Related column about sisters who protest with other activists regularly near the West Lake Landfill site: Tending the cry of our mother 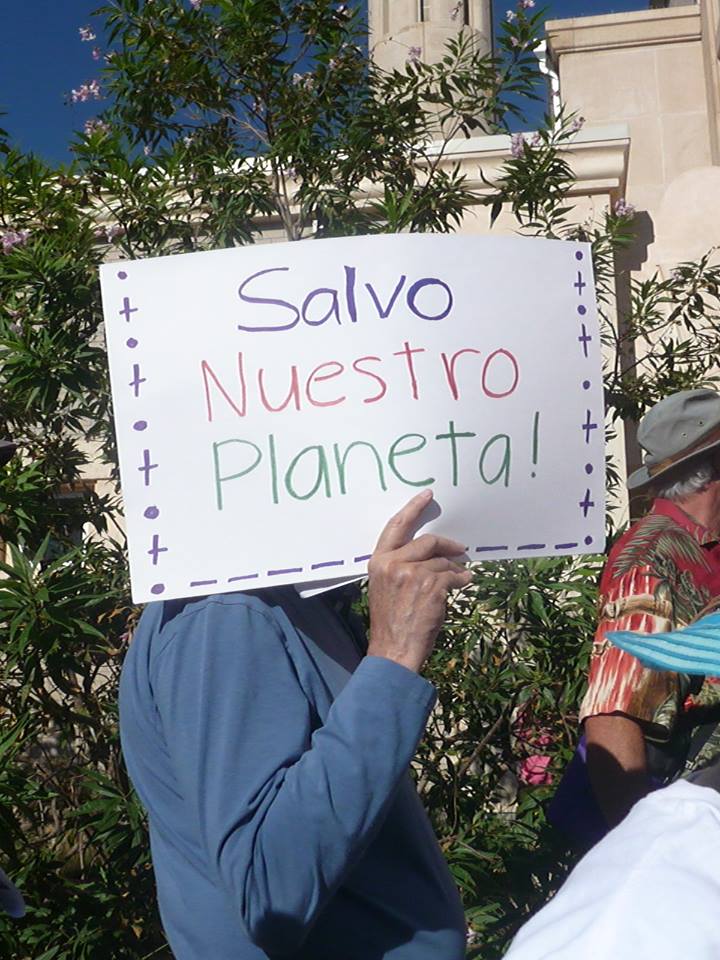 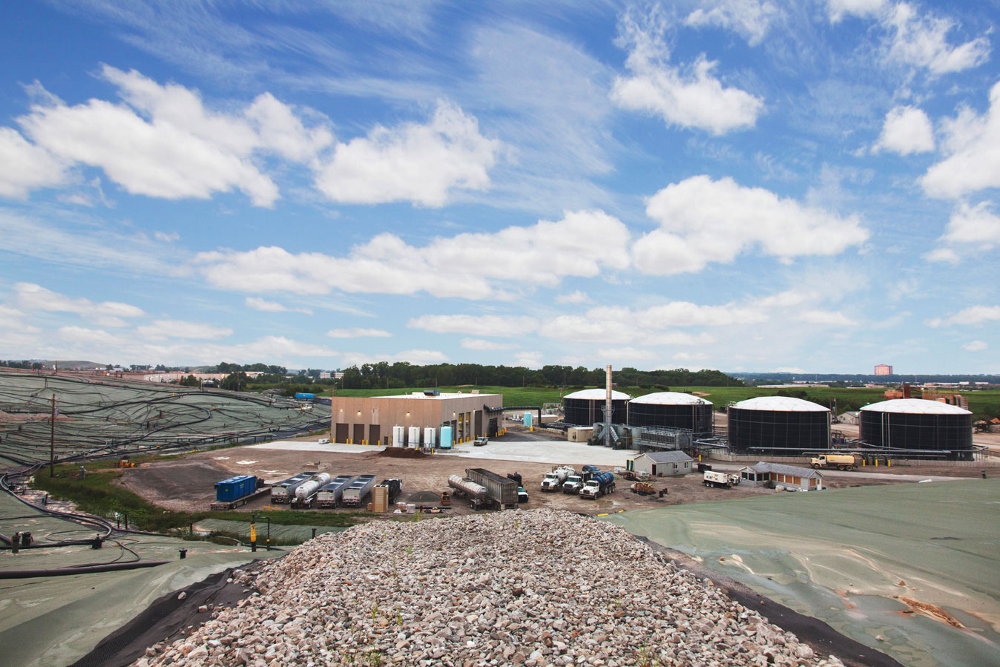 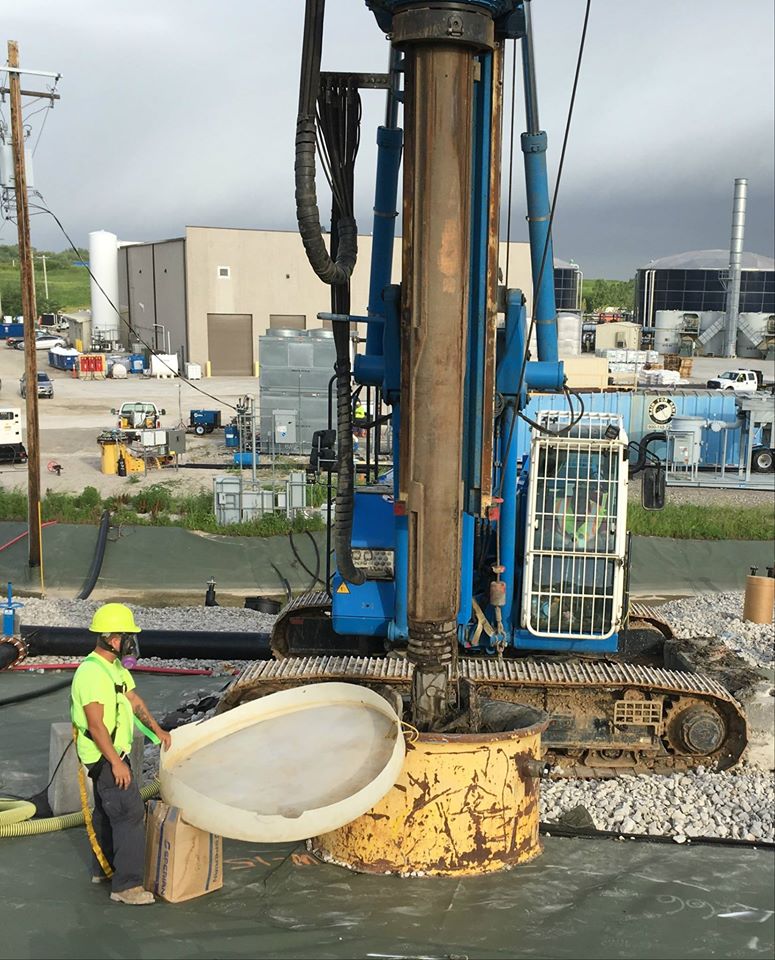 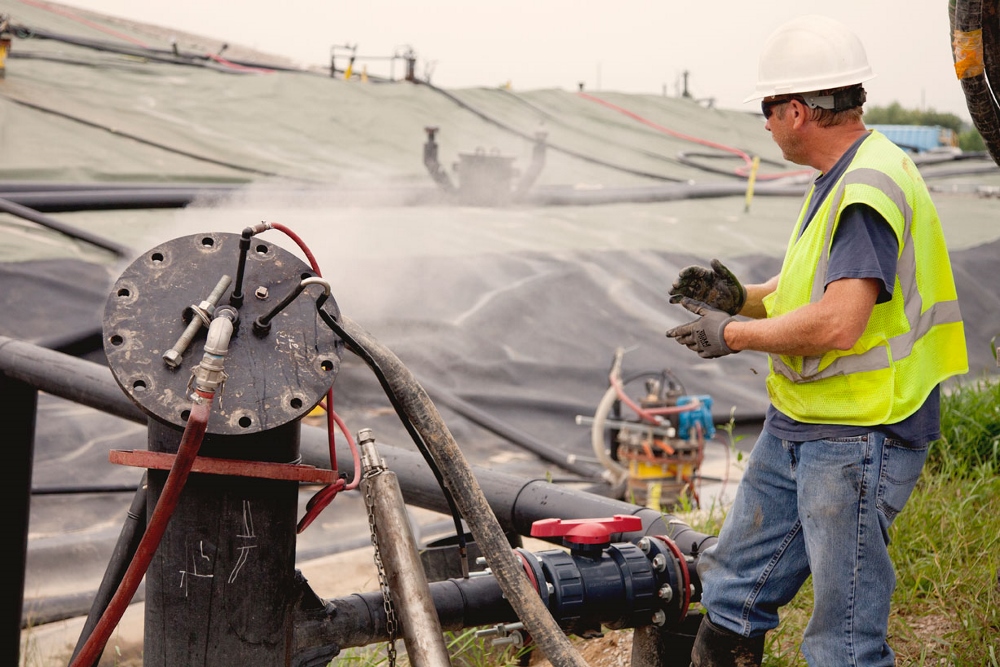