In 1988, not long after Dominican Sr. Patricia Siemen graduated from law school, she worked for a nonprofit that was preparing to build affordable housing for farmworkers in south Florida.

She opened a TEDxJacksonville talk in 2013 with the story of how environmental activists fought the project's development in defense of the Florida scrub-jay. Siemen's employer hoped to purchase land that was apparently an occasional habitat of the bird.

"I kept walking that land and saying, 'Over my dead body is some bird going to stop our building housing for people in need,' " Siemen recounts for her TEDxJacksonville audience.

Siemen's sense of social justice has since expanded. Several years after that project — which did, in the end, build farmworker housing on the desired property — Siemen got into environmental ethics, and in 2006*, she co-founded the Center for Earth Jurisprudence at Barry University School of Law in Orlando, Florida, where she still serves as executive director.

That is a false dichotomy that the environmental movement too often fails to correct, according to Franciscan Sr. Joan Brown, executive director of New Mexico Interfaith Power and Light, an affiliate of the 40-state "religious response to global warming."

While the Catholic church's role in caring for the earth has gotten more attention in recent months following the publication of Pope Francis' encyclical, Laudato Si', a dedicated group of women religious has occupied a special place in the Earth justice movement for decades, working to bridge these various social justice silos that operate as though progress were a zero-sum game.

Brown thinks this role of connector is one that women religious are perhaps uniquely suited to play. She has dubbed the work "ecology ministry," with "ecology" referring to the whole life system.

Laudato Si' has been a source of hope for Brown and many sisters like her. In clear, passionate language aimed at the entire global population, Pope Francis lays out the scope of the problem and the urgent need to address it. The encyclical's subtitle, "On Care for Our Common Home," reflects his understanding of the human place within the ecological entirety of this planet, not separate from it.

Charity Sr. Paula Gonzalez, who has spent all 83 years of her life believing in the sacredness of the natural world, says we are in a critical moment of human history. She expects the inequity of U.S. consumption of natural resources to become politically disastrous from a global perspective, and she sees ecological problems as moral issues that faith communities are perfectly positioned to grapple with.

"Care of the Earth is one of the most important religious activities that we can undertake," Gonzalez said, "because it is God's creation that is being mutilated."

Earth as our common home

Pope Francis' encyclical has provided a new foundation for conversations about the rights of nature all over the world. The global population, for its part, is at different stages of acceptance.

Some people have grown up with a default understanding of Earth as a "common home." In Latin America, for example, indigenous groups who never lost their connection to nature lead the work to protect the natural world. Brown's environmental upbringing in Olpe, Kansas, was a combination of being raised on a farm and growing up as part of a parish that celebrated the seasons, blessed the fields and prayed for rain.

As a young woman preparing for her final vows in the late 1980s, Brown did a 30-day solo camping retreat. Toward the end, as she was standing among the Aspen trees conducting a ritual and a prayer, Brown heard God through the trees. They told her they depend on her to be their voice, and they need her to do the work of caring for creation and the community.

Sarah McFarland Taylor's 2007 book Green Sisters: A Spiritual Ecology chronicles the work of women religious in North America, like Brown, who have responded to a spiritual calling to heal and restore the planet. In an interview on Harvard Press' Off the Page, McFarland Taylor said the work of these sisters is the antithesis of what has been cast as "an elitist, tree-hugging environmental movement."

"These truly are women who have spent decades working with the poor and the destitute," said McFarland Taylor, an associate professor of religion at Northwestern University. "And these women have now come to see hunger and economic injustice, social injustice, and even war in environmental terms."

McFarland Taylor first studied Genesis Farm — a pioneering ecological center founded by the Dominican Sisters of Caldwell, New Jersey, in 1980 — as a doctoral student, turning that research into her dissertation. The center brings people together to study the universe story, personal and social change, and sustainable farming, and McFarland Taylor found it to be the "tip of the iceberg" in a growing movement. In the decade leading up to the publication of Green Sisters, McFarland Taylor said the number of ecology learning centers and earth ministries run by sisters grew about fourfold.

In the Harvard Press podcast, she said these sisters practice ecological sustainability "almost as a kind of spiritual discipline," making no distinction between planting fields organically and praying, for example.

"Planting those seeds is their prayer," McFarland Taylor said. "Working their fields is this form of spiritual practice."

Dominican Sr. Miriam Therese MacGillis, director of Genesis Farms, is one of the pioneers of what McFarland Taylor calls the "green sisters movement." Like many of the sisters involved in ecological activism, MacGillis credits her worldview to the teachings of Passionist Fr. Thomas Berry, who spoke about the "new cosmology." This concept identifies a common evolutionary origin of all life on Earth.

The new cosmology has provided the basis for much soul-searching at Genesis Farm as women religious and other visitors grapple with the implications of the universe story. MacGillis said for so long, people have thought of the hard work of farming as a punishment that Adam and Eve earned for humans by making their first mistake. At Genesis Farm, MacGillis tries to bring back the awe and wonder of connecting with plants and "the whole mystery of life around it."

"It's a whole universe, and we haven't, as a society, been introduced to that as a spiritual mystery," MacGillis said. "But it is. And it's profound."

Pope Francis' encyclical chronicles the abuses that humans have perpetrated against the environment, making clear the changes that must come to preserve "our common home." He calls for a new lifestyle that harnesses the purchasing power of consumers to force widespread change among corporations that get rich on consumption. While Laudato Si' minces no words in pointing to the failings of humans as protectors of the environment, it ends on a hopeful note, with the belief that humans together can make positive change.

All of the women religious engaged in environmental efforts have seen the pope's words animate Catholics and non-Catholics alike since the encyclical's release in May. Sisters who pioneered this work and those who have taken up the call are being invited to discuss its significance and the suggested path forward, often with interfaith communities.

Gonzalez says it is finally beginning to click with people that "we are a part of nature, not apart from it."

"That's what Pope Francis really speaks to in the encyclical," Gonzalez said. "We have to change our hearts and minds so we all understand that we are all part of the great union of life."

On the legal side of things, care of the environment in the United States is couched in a protection of human rights. The right to breathe air free of chemicals. The right to clean drinking water. Siemen points to the Clean Air and Clean Water acts as examples of environmental laws that are distinct from Earth laws. Neither act says nature has a right to be clean for its own benefit.

Nepal was in the process of revising its own constitution to include this legal standing when a devastating April 2015 earthquake put the project on hold. Bolivia has the Law of Mother Earth, which gives the natural world equal rights as humans and compels Bolivians to protect them. And Europe is home to a campaign to expand the definition of ecocide from a crime of war to a crime at any time.

In the United States, lines about the rights of nature generally are stricken from laws before they are approved — if they're even written in at all. But Siemen believes the country could be on the verge of a breakthrough. She says people seem to be developing an understanding that nature does not need to be protected for human utility alone.

"I don't want to take that away," Siemen said. "But it needs to be expanded. Other species have a right to exist. We need to figure out how to live in balance."

Laudato Si' gives congregations and community groups a way to engage each other and bring new voices to the conversation about environmental protection. Many are sure it will be taken seriously for years to come as religious and secular communities respond to its call to broaden a movement that has been building for decades, at least.

Siemen says the idea of movement-building is very important. The movement to end slavery or to secure women's right to vote took many years and a lot of work. For many people today, the concept of nature having inherent rights that must be respected is as absurd as the arguments once were that slaves deserve to be free or women deserve to vote.

But women religious all over the country are in it for the long haul. At Interfaith Power and Light, Brown says she works within a three-pronged strategy: education around climate change, engagement around sustainable living, and advocacy around public policy. She and her team are advocating for new methane rules through the Environmental Protection Agency and a renewable energy tax credit as they urge individuals to sign the Paris Pledge, named for the United Nations' climate change conference to be held Nov. 30-Dec. 11 in Paris. The pledge is a commitment to cut personal consumption of carbon in half by 2030 and to be completely carbon neutral by 2050.

In some parts of the country, women religious are fighting fracking or the Keystone XL pipeline. Holy Cross Sr. Joan Marie Steadman, executive director of the Leadership Conference of Women Religious, said much of the sisters' work is done on a local level, relating to the unique circumstances of different regions. They are organizing within their own parishes to use less energy, conserve water, grow more food on motherhouse property, restore prairies and wetlands, and protect forests. They are adopting green technology, offsetting their own carbon emissions, and turning to hybrid vehicles.

Genesis Farm is one of the oldest education centers, but many others have joined it since 1980 as women religious open their doors for environmental teaching. Steadman points to demonstration projects across the country, including haybale houses, sustainable gardens, and restoration projects.

And now, unlike in recent years, all of these projects have the pope's explicit backing as being critical for our common survival.

*An earlier version of this story gave the incorrect founding year.

[Tara García Mathewson is a freelance writer based in Boston.] 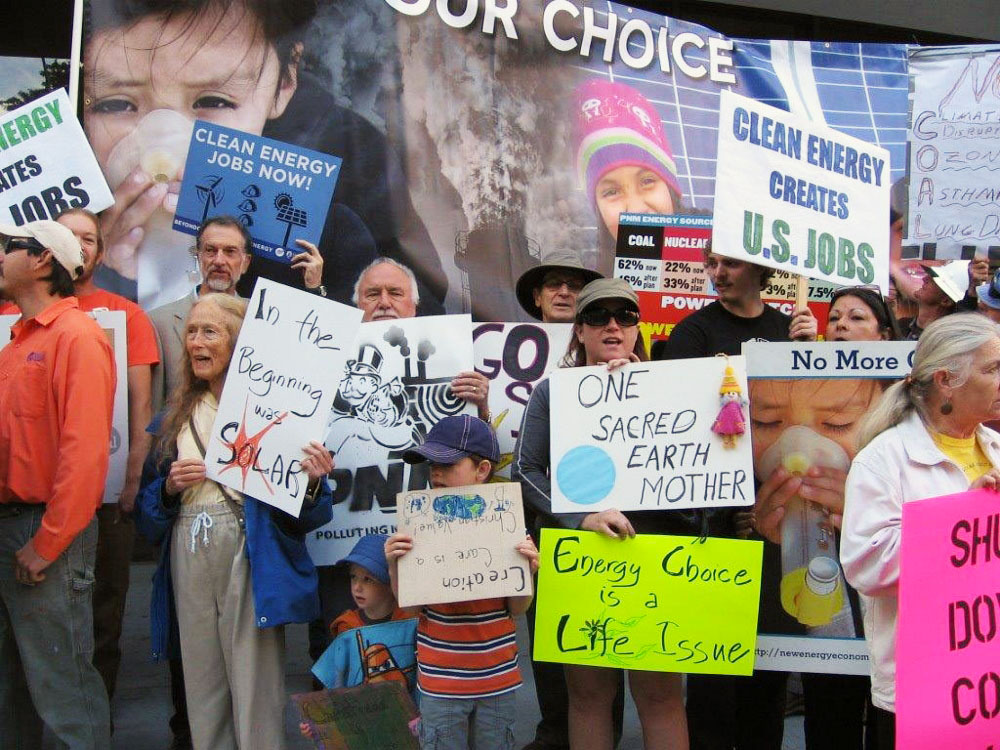 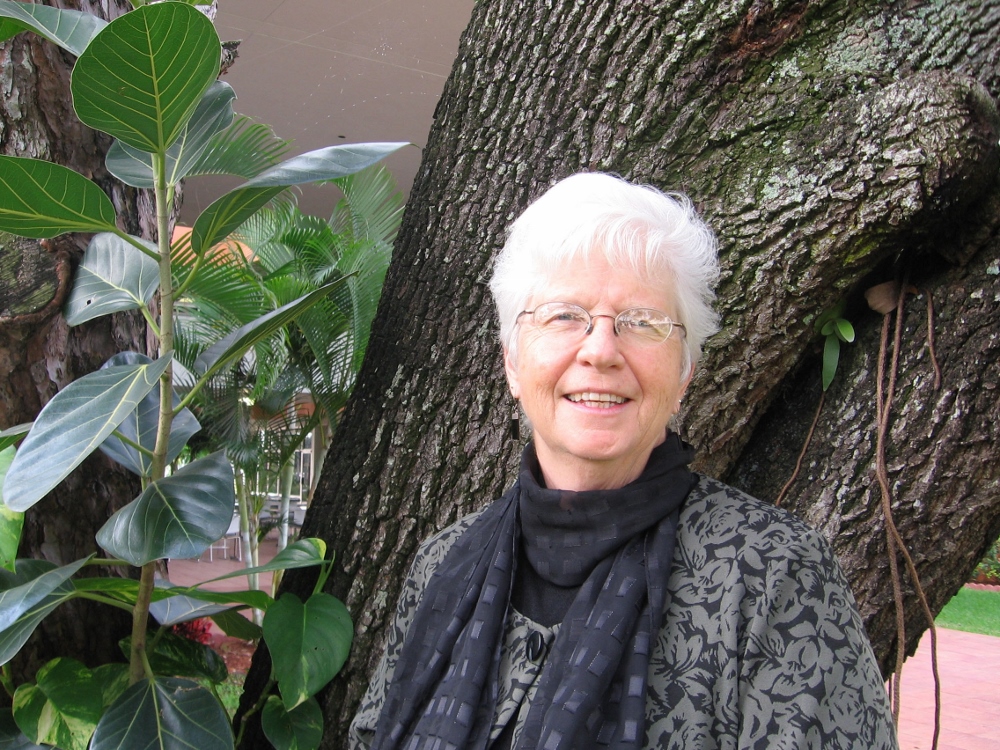 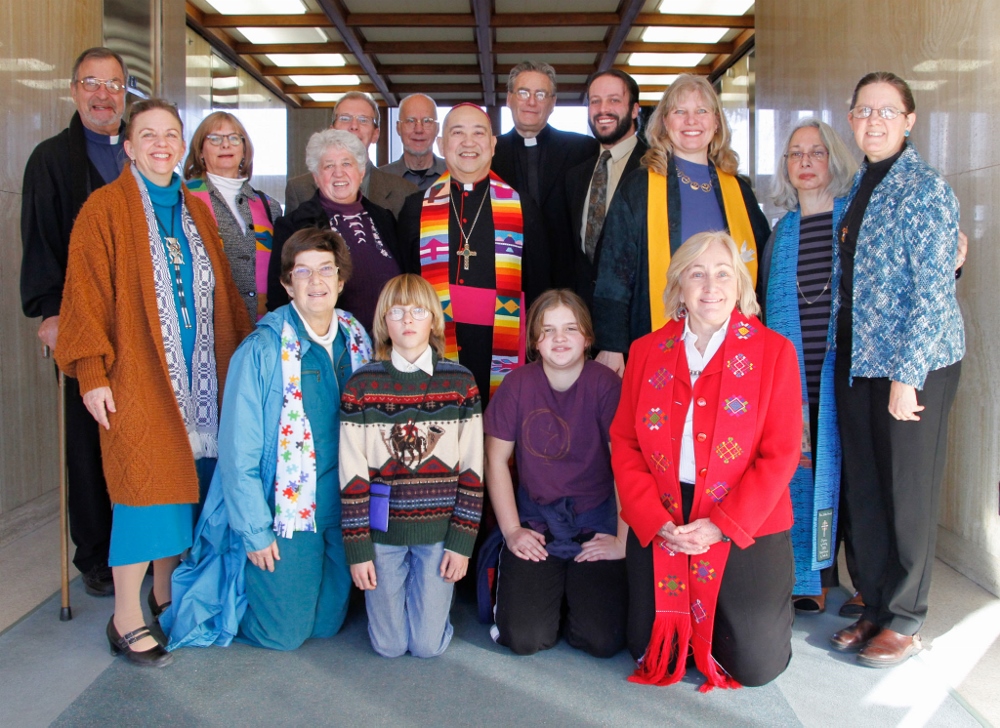 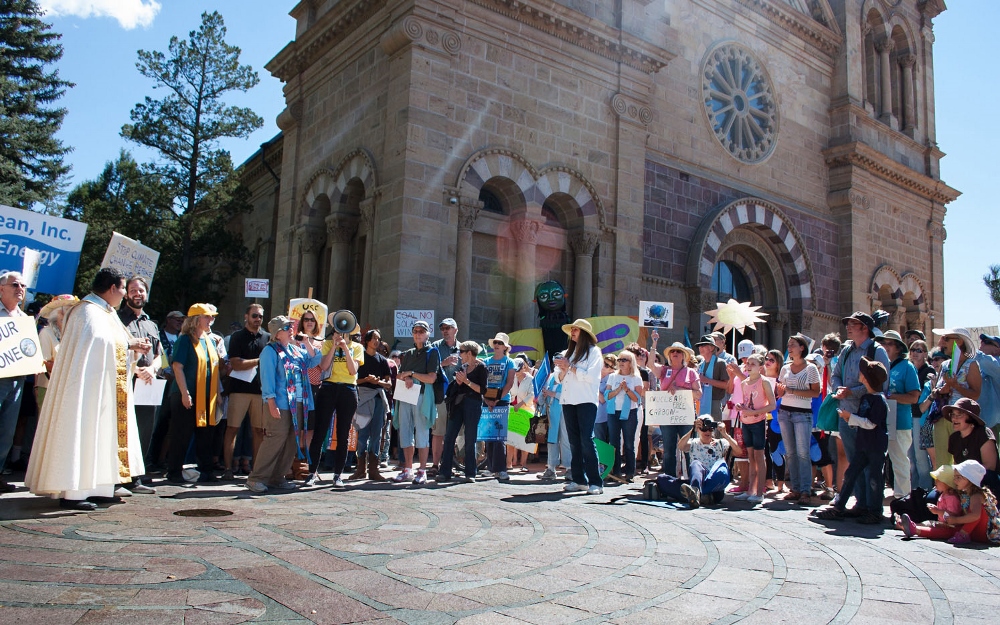