South Sudan's future is bound up with fear, something on vivid and visceral display at the large United Nations camps outside of the capital of Juba.

At the Protection of Civilians, or POC, Camp #3, nearly 40,000 people are congested into an area that is only a quarter-square mile. As people violently uprooted from their homes, they are trapped, afraid to leave the compound.

People in the camps fear not only ongoing attacks just outside the camp, but also what lurks beyond the camp's perimeters. They believe that the capital of Juba is hostile to them because they are not Dinkas, the largest single ethnic group in South Sudan and the group that dominates the national government and its military.

As non-Dinkas, they feel the government and its supporters are targeting them — a charge the South Sudanese government denies, saying it is fighting an anti-government insurgency trying to topple the regime.

The first U.N. camps were created following the onset of civil war in South Sudan in late 2013, intended to protect civilians fleeing violence. The United National Mission in South Sudan, known as UNMISS, hosts about 218,000 in seven camps in South Sudan, two of them in Juba.

The people in these camps are united by dread. If South Sudan is to move forward toward a better future, such fear will have to end, observers say. But that seems like a very distant hope.

In an editorial published in late July, the Kenya-based East African said, "South Sudan is heading into the political abyss. The country is disintegrating before our eyes as it sinks into unstructured fighting in various states."

Noting that the world "appears to have forgotten South Sudan," the editorial said "regional states are too divided to come up with a workable solution to end a civil war that has gone on for almost four years, claimed over 60,000 lives and left over four million displaced — two million are displaced within the country and another two million have fled to neighbouring Kenya, Uganda, Ethiopia and Sudan."

In short, any sense of normality in the country, which became independent from Sudan in 2011, has disappeared.

"People's minds are always on this distress," said Sr. Soosai Pashal, who coordinates the work at the camp by the Society of Daughters of Mary Immaculate, or DMI sisters, an India-based congregation.

Stress is a constant. People are eager to resume some sense of normality in what is an abnormal situation, with only emergency food rations to live on, waiting for some signal that the political situation will improve.

"I've been here in this camp myself for four years. I know how difficult it is," said Stephen Chieng Keak Luak, a Neur who works with the Society of Daughters of Mary Immaculate sisters as an assistant head teacher at a sister-run school at the camp. "But I can't tell you when the problems will end. The solution is in the hands of the politicians, but they never take care of the situation," he said, echoing a common belief that politicians exploit ethnic differences for political gain.

Luak paused. "If real peace comes, I will be the first to leave."

But he acknowledges that is likely to take quite some time. The Protection of Civilians camps were intended as a short-term response to the widespread violence. But it now appears the camps are here to stay for the foreseeable future.

The East African editorial noted that "ethnic militias are emerging to fight each other and use rape as a weapon of war," citing an Amnesty International report chronicling acts of horrific sexual violence by government soldiers against civilians.

The editorial said differences between political rivals President Salva Kiir, a Dinka, and his former vice president, Riek Machar, a Neur, have "now morphed into a free-for-all war of survival in the face of a collapsed economy, high unemployment among the youth, and famine caused by many years of war."

Building a national South Sudanese identity is not easy, many say, with ethnic tensions at a high pitch. The example of Protection of Civilians Camp #3 is typical and raises the specter addressed by the East African editorial, which notes that South Sudan could be turning into "another Somalia where ethnic militias will dismantle the country into small enclaves."

Or, even worse, some say privately and with dread, the country faces the potential threat of becoming another Rwanda, with those of different ethnic groups turning on each other on a massive scale.

Whatever future is in store for the country, the Catholic networks of humanitarian assistance — like the work of the Society of Daughters of Mary Immaculate sisters — are doing their best amid difficult circumstances.

"We manage," Pashal said in late May, "but it's a big challenge facing us every day with new arrivals." More recently, Pashal told Global Sisters Report, 4,000 new arrivals came to the camp in August — a substantial number and one indication that South Sudan's civil war shows no sign of ending.

The work is hard. In POC Camp #3, "with people still coming, there is not enough for them to eat," Luak said. Overall, food prices throughout the country have risen to such a point that "people are literally starving," Pashal said.

All the sisters can do, she said, is provide food for about 1,000 people in the camp per month. These include snacks to their students, malnourished children, and lactating and pregnant women. The food packets distributed contain the basics: corn grain, millet, rye, groundnut, sorghum and sugar.

To Nyaliah Mathew Mut, 27, a widow and mother of six who fled in 2014 from war-riven Unity State, the food is a balm, though overall, there is never enough to eat in the camp, and insecurity remains a constant worry.

In a pattern similar to another regional conflict — the ongoing crisis across the border in Darfur, Sudan — women who retrieve much-needed firewood outside of the camp for cooking have been victims of rape, prompting the camp to provide women with charcoal.

Amid all the stress, children in the camp keep some semblance of normality. In Society of Daughters of Mary Immaculate sisters' classrooms, students say they still hope for peace and that the country can find its way.

Kuma Koang, 13, wants to be a pilot. Another student, Friday Jacob, 11, wants to be a doctor "to help people." The children's optimism and alacrity are reminders that even in camps that feel like prisons, some sense of hope exists, however small.

Sr. Dorothy Dickson, a New Zealand member of the staff of the church-based humanitarian alliance Solidarity with South Sudan, said she tries to draw on a sense of normality as best she can, but also recognizes that little in South Sudan right now is fully normal.

"The focus [by the media] is on the famine, the displaced, the state of the economy, abuse of people," said Dickson, a member of the Sisters of Our Lady of the Missions. "It's all true. There is so much suffering, yes. But there's much more to it that. Children are still going to school; people keep going on."

She added, "With all of the divisions, all of the murder, the abuse of the human person, in horrible situations, and often without the assistance they need, people's lives continue."

Through it all, Dickson said, "The church hasn't disappeared. It is still there, walking alongside people. Doing that work continues, and it has never stopped." She paused. "I think it's important to know that the country itself hasn't yet stopped."

Within the country, the needs remain great, and Dickson and the Society of Daughters of Mary Immaculate sisters know that despite severe limits of staff and funding, all they can do as women religious is keep at it, called to offer sustenance, succour and support, however limited their efforts may seem.

As to the future, there is one constant for the sisters

"We see God in them," Pashal said of those in POC Camp #3. "We see the image of God in all of the women and children of this camp." 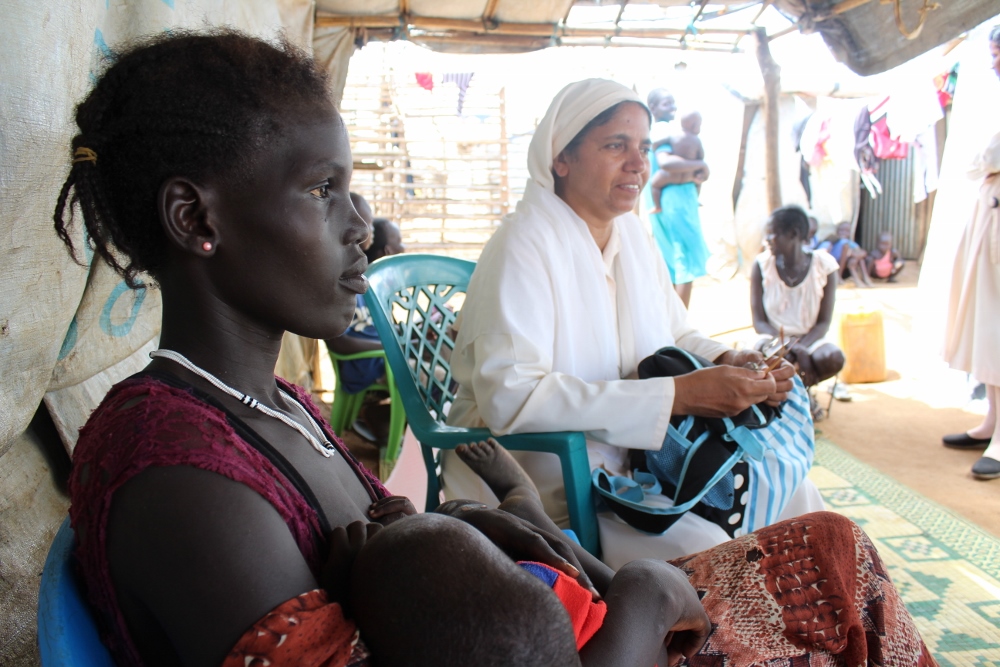 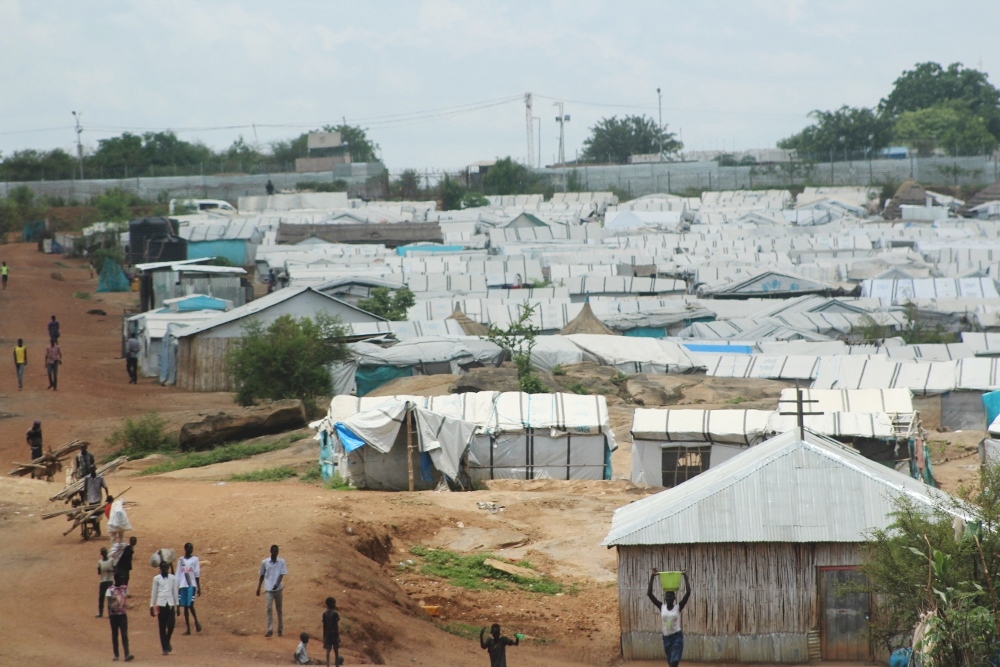 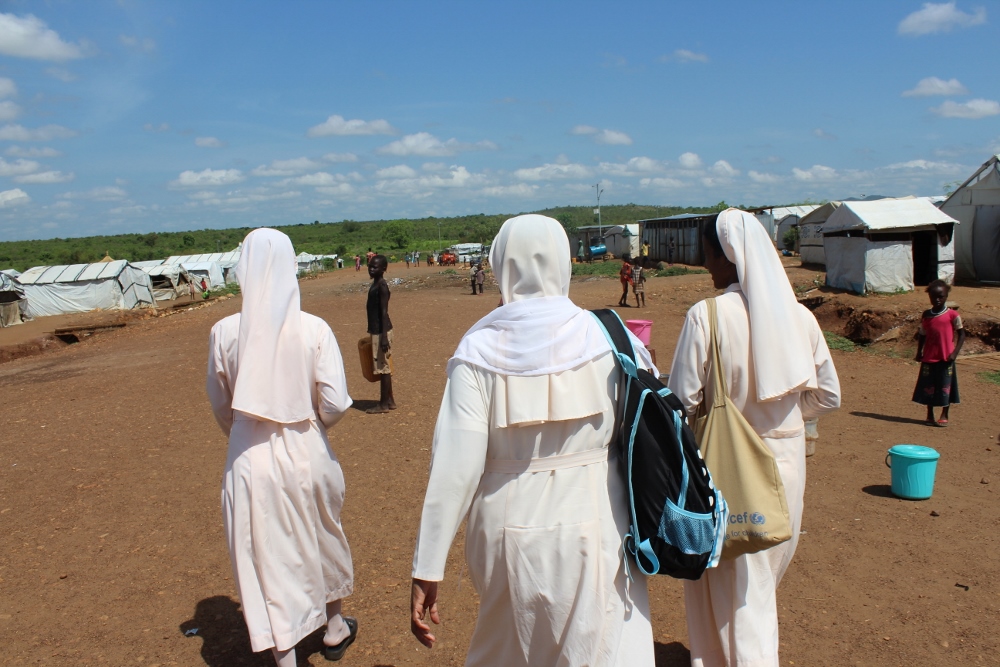 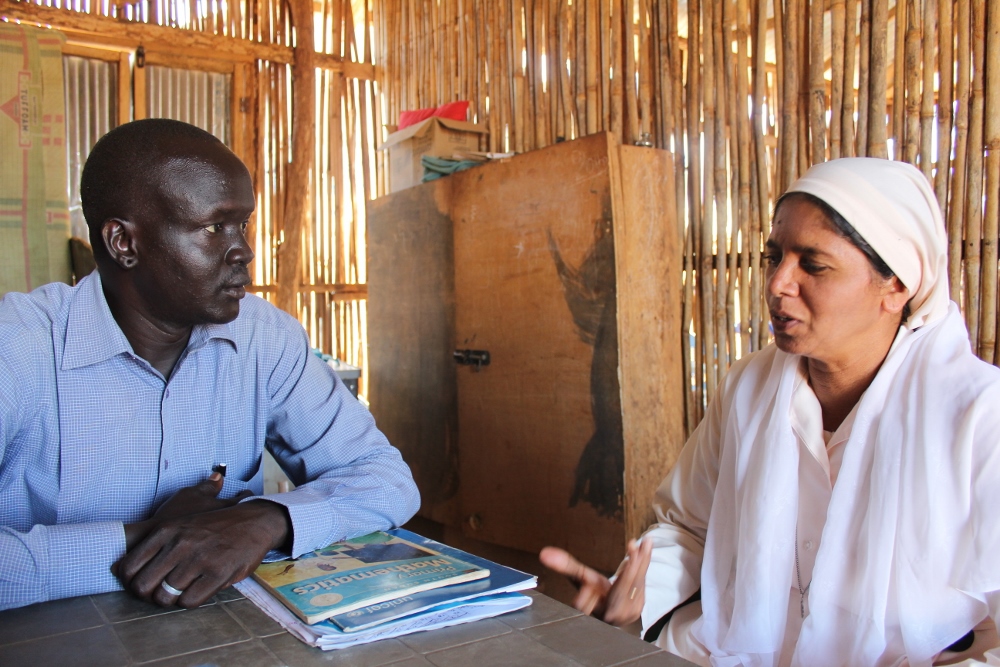 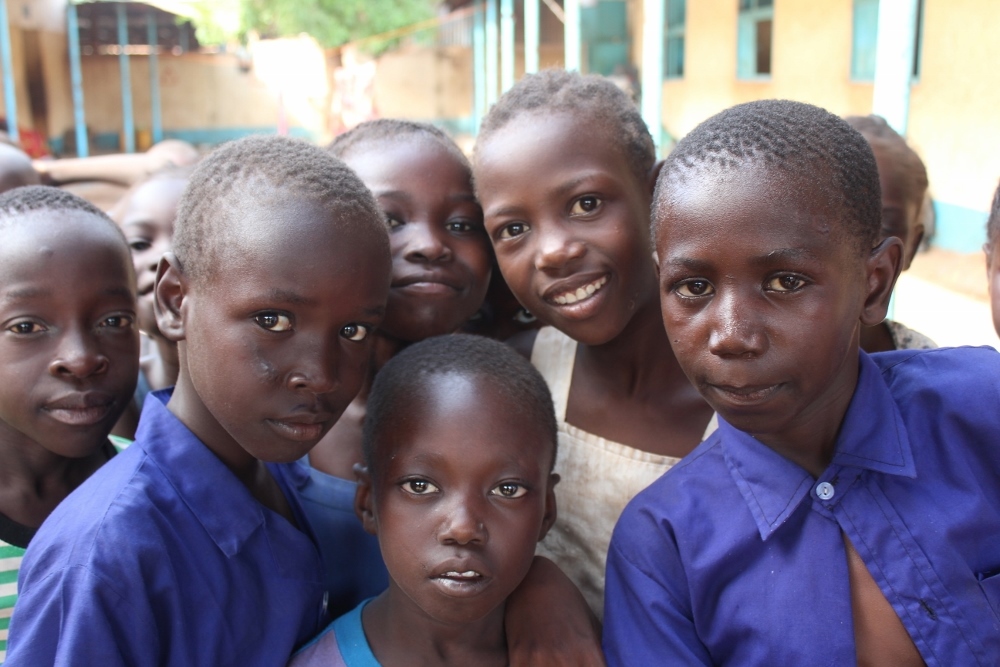 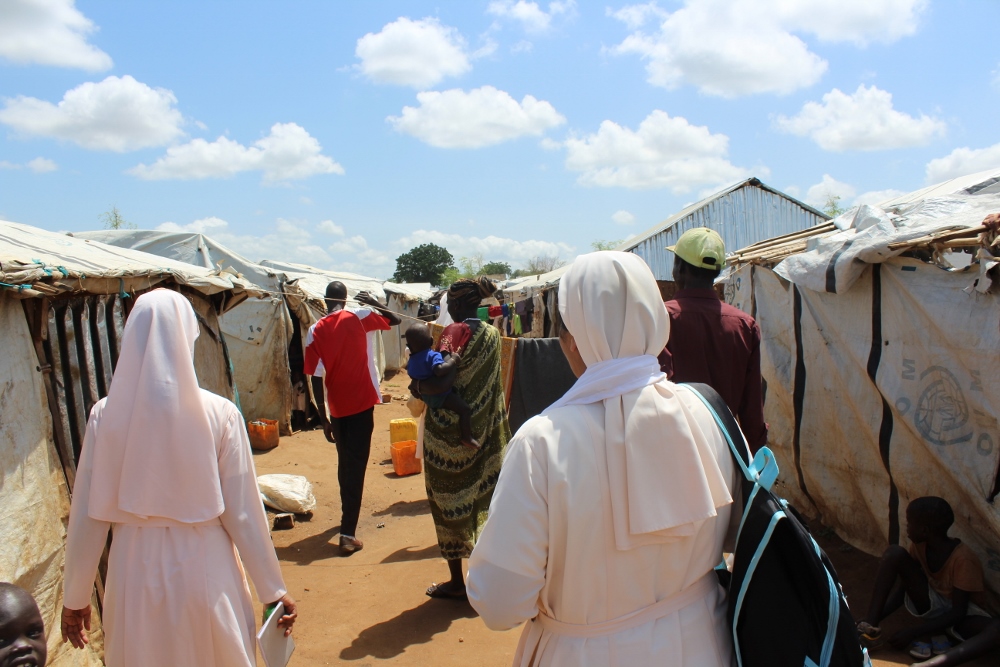