Five Catholic nuns whose public protest in September led to the judicial custody of an Indian bishop accused of rape now fear for their lives after he recently was released on bail.

Their fear intensified after a priest who testified against the accused, Bishop Franco Mulakkal of Jalandhar, died Oct. 22 under mysterious circumstances.

"We do not know whether we will be on the face of the earth tomorrow. The bishop can do anything to us," says Sister Anupama, one of the Missionaries of Jesus nuns who staged a sit-in at a busy intersection in Kochi, the commercial hub of the southern Indian state of Kerala.

The bishop has denied the charges, calling them a vendetta by the nun for his disciplinary action against her. The Missionaries of Jesus is a diocesan congregation under the Jalandhar bishop.

Mulakkal became the first Catholic bishop in India to go to jail in a sexual abuse case on Sept. 22, when a lower court in Kerala sent him to judicial custody that was to end Oct. 20.

However, the Kerala High Court, the highest appellate court in the state, on Oct. 15 granted Mulakkal conditional bail. He had to surrender his passport to the court.

He left jail on Oct. 16, much to the distress of Anupama and her companions — Neena Rose, Josephine, Alphy and Ancitta. (The sisters use only first names for identification.)

"The bishop has money and influence at his disposal to change the course of investigation," Anupama told Global Sisters Report at their convent, a multistoried building at Nadukunnu, a sleepy village near Kuravilangad about 30 miles southeast of Kochi.

She expressed shock at the death of Fr. Kuriakose Kattuthara, a key witness in the case.

"We suspect the mysterious death of [Kattuthara] is a subtle warning to us," Anupama says.

The 62-year-old priest was found dead in his room at Dasuya in Hoshiarpur district of Punjab, some 25 miles northeast of Jalandhar.

However, Kattuthara's brother alleges that he was killed. An autopsy has been ordered.

Roshan Joseph, a lay leader in Jalandhar, told GSR that Kattuthara was under great mental strain after testifying against Mulakkal. Some people had reportedly stoned the priest's house in Kerala after he spoke to media against the bishop in July.

Anupama says the priest's death will adversely affect the case's outcome as he was a key witness.

"There is no point in living if the bishop is acquitted," she said dejectedly, watching on social media the footage of a "grand reception" Mulakkal received on Oct. 17 in Jalandhar. People showered him with rose petals and placed huge floral garlands on him as he entered the bishop's residence.

Meanwhile, the Kerala government has deployed police guards at the protesting nuns' convent, amid reports of threats against the sisters.

"We don't permit anyone to enter the convent without the explicit consent of the sisters," one of the two police guards told GSR.

The policemen check visitors' addresses, cell numbers and purpose of the visits before letting them inside the convent. Officers chase away anyone found lingering near the convent, which is hidden by rubber trees, black pepper plants, coffee and nutmeg on a 5-acre plantation.

The nuns' supporters also have expressed shock at Kattuthara's death. "We suspected such things would happen, as [Mulakkal] is very powerful," says Fr. Augustine Vattoly, convener of the Save Our Sisters (SOS) Action Council, a movement launched in the wake of the nuns' protest.

Vattoly on Oct. 22 urged Kerala Chief Minister Pinarayi Vijayan to seek additional protection for the survivor and her supporters in their convent. He also plans to approach the high court to get Mulakkal's bail canceled.

"We will not sit quiet but do our best to ensure that the nuns got justice," Vattoly, a priest of the Ernakulam-Angamaly Archdiocese, told GSR.

The 47-year-old priest said the nuns' protest against the bishop was "a turning point" in the church's history. "We have never heard of Catholic nuns staging a sit-in to demand a bishop's arrest anywhere in the world," he added.

He blamed the church leaders for the nuns going to the street. "They had begged them for justice for two years but to no avail," he said. Not only that, the church leaders had tried to influence the police investigation in Mulakkal's favor, the priest alleges.

However, the "tremendous public support and media attention" the nuns received have compensated for the official church's neglect, he added.

Vattoly holds that church leaders in India have lost touch with reality.

"Time has changed and people can discern right and wrong," he says, warning that Catholics in India could desert the church as their counterparts have done in Western countries.

Vattoly also sees a positive outcome of the nuns' protest. It has given "a new lease on life" to nuns who suffer in silence in convents. "Time has come for them to get their due respect, recognition and remuneration for their work, and freedom to think and live."

Anupama says it was because some bishops they consulted had urged they not disclose rape in their letters as it could leak to the public.

Sister Josephine, another protester, said the bishops had "strictly suggested" that they should mention rape only in person. "Now we realize that confidentiality in the Catholic Church is a big farce," she told GSR.

Fr. Varghese Vallikkatt, spokesperson of the Kerala bishops' council, says the church wants the law to take its course.

"If the bishop is found guilty, he will have to face the consequences from the church as per its established procedures and practices," Vallikkatt said.

If the allegations against the prelate are proved wrong, the church will study the circumstances that led to the nun to file the case and it will take corrective measures to avoid such a situation in the future, he added.

Anupama says they have experienced great mental strain after church authorities, including the Vatican, ignored their complaints. "At times, we thought God was also against us."

However, as the protest progressed, they experienced Christ's love and protection, Anupama says.

Sister Neena Rose, another protester, recalls that barely 100 people turned up at the protest venue on the first day.

As days passed, "we realized that people have embraced us and took up our cause as theirs," she said. "That was the time we realized that Jesus was preparing us for the greater good of the church," she added.

She said the protest was part of God's plan to use them as his instruments to cleanse "the rot within the Indian church."

Josephine says they are determined to fight the case until the end because they know "we are standing for truth."

Meanwhile, some Catholic lay groups in Kerala reportedly plan to oust them from their convent. "We are ready to face any challenge in life now," Anupama adds.

The convent, called St. Francis Mission Home, was started in 2004, and it cares for 10 elderly people. It also has hostel facilities for 30 women.

Sister Alphy, the survivor's younger sister who had joined the protest, says her family never wanted Mulakkal to go jail. "We had pardoned him even after his repeated sexual assaults and torture, but he filed false complaints against our family members," she said.

The survivor filed the police case only a week after the Jalandhar Diocese's public relations officer filed a case against her brother for allegedly threatening Mulakkal.

Sister Ancitta, the last of the protesters, denies their protest has damaged the church's image and caused people to lose faith in religious vocation. She says people may lose faith because of the lies bishops and priests utter in support of the accused bishop.

Their congregation has disowned the five protesters and has threatened to take action against them.

One action was to send nuns from another Missionaries of Jesus convent to monitor the protesters. "We do not know why they are here," Alphy said and added, "We will not succumb to any pressure."

Anupama says their convent's control is now with four pro-Mulakkal nuns, two of them who had joined the congregation recently.

"We have protection from outside, but we are not safe from inside the convent. The convent keys are also with them. They can let anyone in at any time who can harm us," she warns. 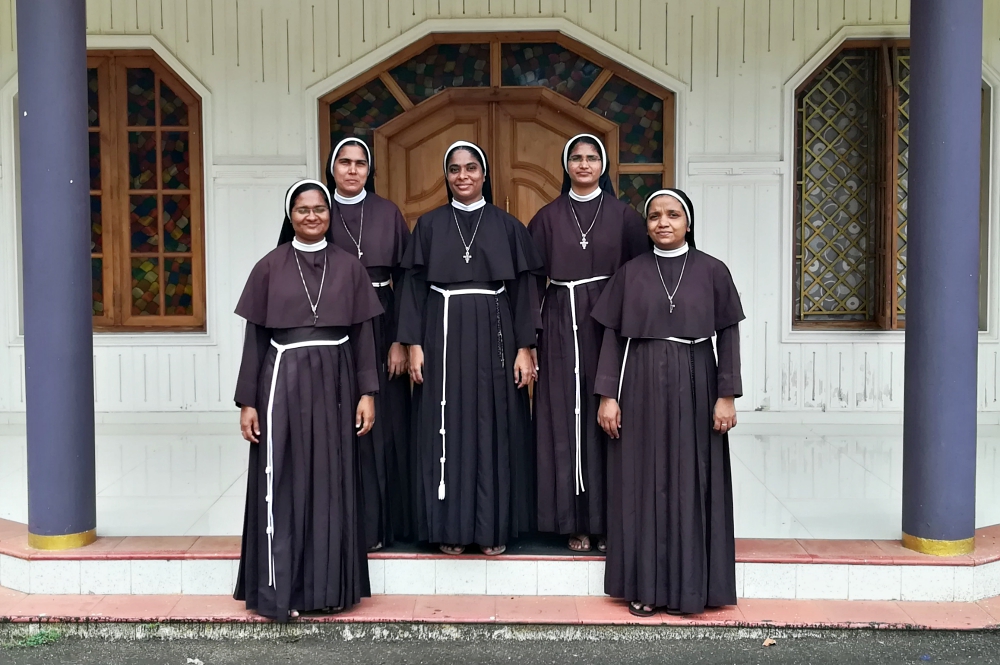 The five Members of the Missionaries of Jesus who in September 2018 staged a sit-in in Kochi, Kerala, India, to demand the arrest of a bishop accused of rape. From left are Sisters Anupama, Alphy, Ancitta, Neena Rose and Josephine, standing in front of their convent chapel at Kuravilangad. (Saji Thomas) 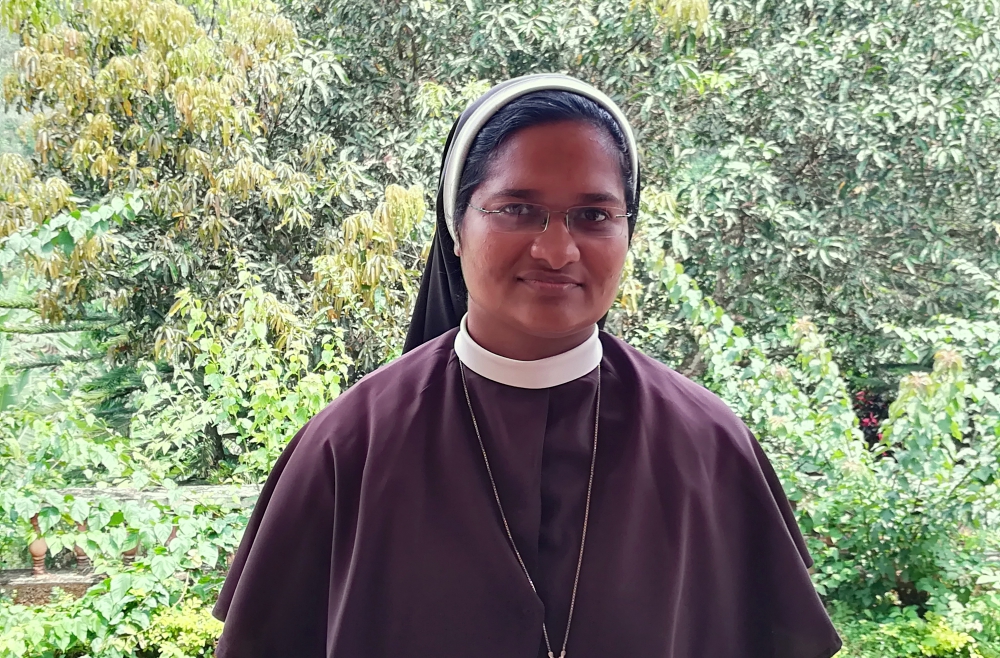 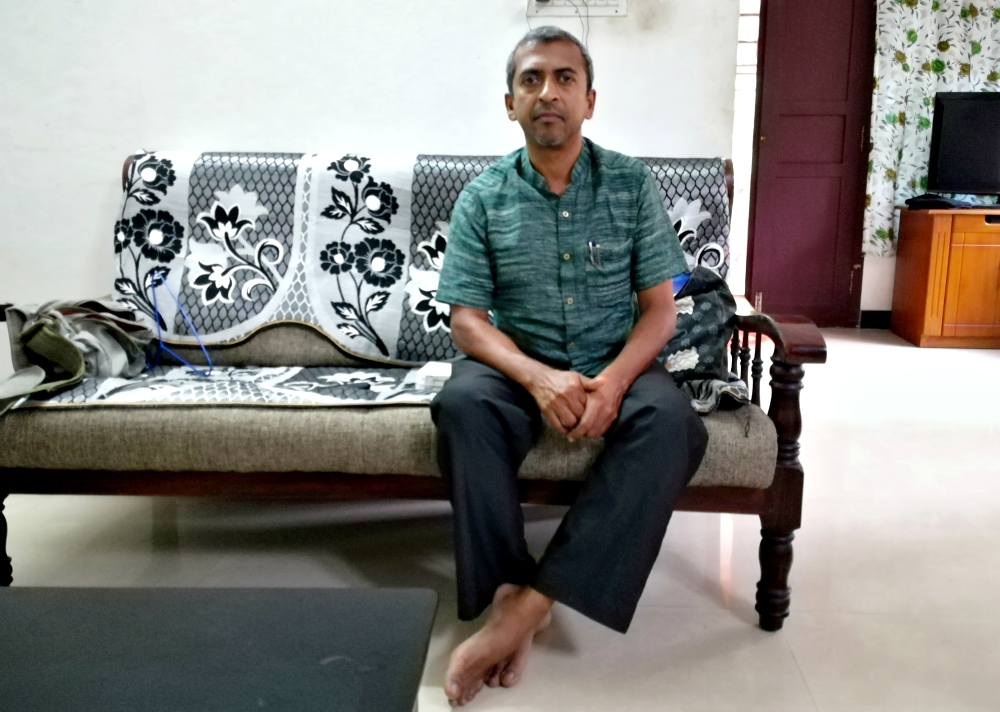 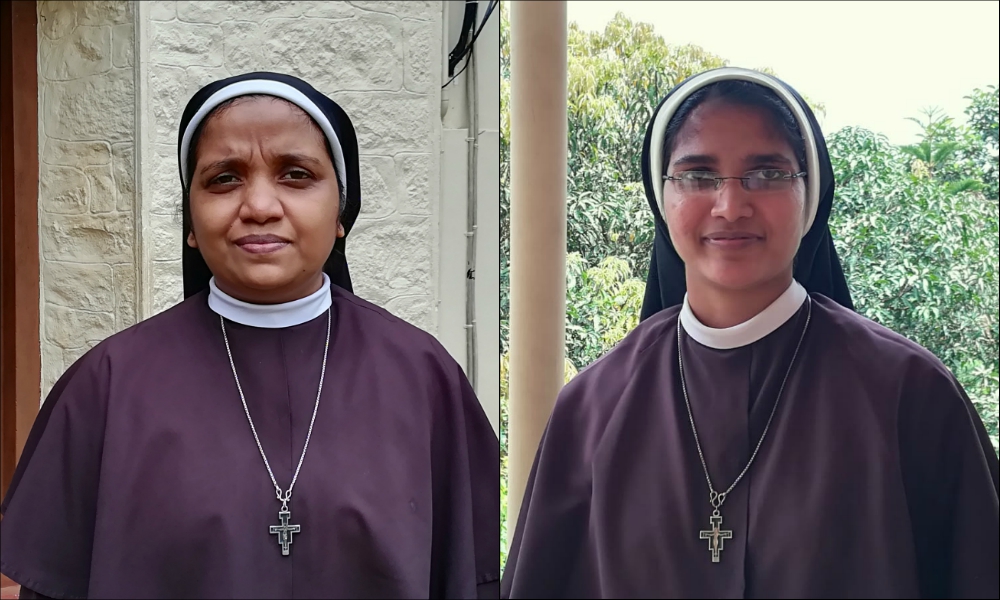 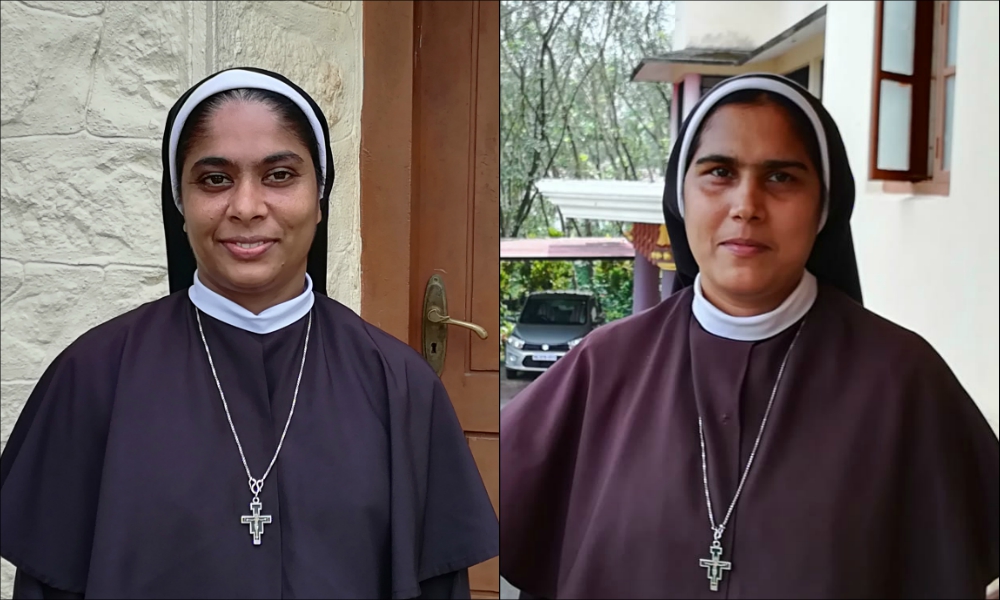