Residents of a Boston rooming house run by an order of Catholic nuns earned a short-term victory last week when the owners agreed to suspend eviction proceedings against the few older women left in the building, pending a state inquiry into allegations of age discrimination.

For more than 60 years, the Our Lady's Guild House in Boston's Kenmore Square, owned by the Daughters of Mary of the Immaculate Conception, based in New Britain, Conn., has offered affordable transitional housing for low-income, elderly women who are not married.

But over the past seven years, tenants allege, the owners have hiked rents and evicted dozens of long-term older residents to make way for younger tenants and to free units up for Airbnb listings.

"It isn't right for an order of nuns whose mission is to look out for the poor and live a life of service to be turning a blind eye to the fact that evictions are happening on their property like this," said Colleen Fitzpatrick, a community organizer with the nonprofit Fenway Community Development Corp., which helped residents file their complaint with the state. "They're not above the laws of God or man."

No members of the order live at the Guild House, which was given to the nuns by the Archdiocese of Boston in the 1950s to continue their work sheltering vulnerable women. At community meetings, some local advocates have suggested organizing phone campaigns to call the nuns or even driving to Connecticut and confronting them about the displacement.

Fitzpatrick said local Catholic churches, including leaders at the Boston Archdiocese, have reached out to show their support for the tenants but have been unsuccessful in reaching the nuns to urge them to find a resolution.

Neither the Daughters of Mary of the Immaculate Conception nor the Our Lady's Guild House responded to Religion News Service's repeated requests for comment.

When the Guild House was founded in 1947, its stated mission was to "provide safe and affordable housing for single women, working women, retired women or students." Residents were often allowed to stay for decades.

Now, the building advertises itself as "a short-term residence" for women who work, intern or study in Boston. Its website notes the plethora of schools, cafés and bars in the area. And until last summer, the website also explicitly stated that the building was only open to women "between the ages of 18 and 50 years old."

That wording spurred a complaint filed by Greater Boston Legal Services on behalf of tenants last summer, and is the basis for the present case.

Fitzpatrick told Religion News Service that some women who inquired about renting there were informed that it did not allow rentals to older women.

Two years later, some longtime residents were informed they would have to move out by the summer of 2018. The Guild House now only offers short-term leases, which are marketed directly to students and young professionals.

Advocates say scores of disabled, older and low-income women have already been displaced. Based on public voter roll data, Fitzpatrick estimates that as many as 80 women over the age of 50 have been moved out since 2012. That year, about three-quarters of the registered voters living in the 130-unit building were over 50 years old. That number has dwindled to about 10.

"It's a huge drop," Fitzpatrick said. "The few that are left fighting the eviction proceedings are just the last of what was once a large community of long-term older residents. To me, this is a policy of displacement."

Last summer, the Boston social justice group City Life/Vida Urbana partnered with the Fenway Community Development Corp. to organize a petition and a news conference on behalf of beleaguered residents. At that point, an estimated 21 women had been notified that their leases would no longer be renewed.

Marc Roos Realty, which has denied discrimination claims, has agreed to a six-month stay of eviction proceedings against remaining residents while the Massachusetts attorney general's office investigates the realty company and the Daughters of Mary for possible discrimination.

Boston is one of the country's most expensive cities for housing. One analysis last year found that the median monthly rent for a one-bedroom apartment is $2,480.

State and city officials have been pushing legislation to prevent seniors from losing affordable housing, including restrictions on rent increases and "no-fault" eviction for people over 75.

"We're pleased that the AG's investigating this," Sheila Dillon, the Boston chief of housing and director of neighborhood development, told The Boston Globe. "This house has been a valuable resource for low-income women who've lived in the city for decades, and we'd like it to remain so." 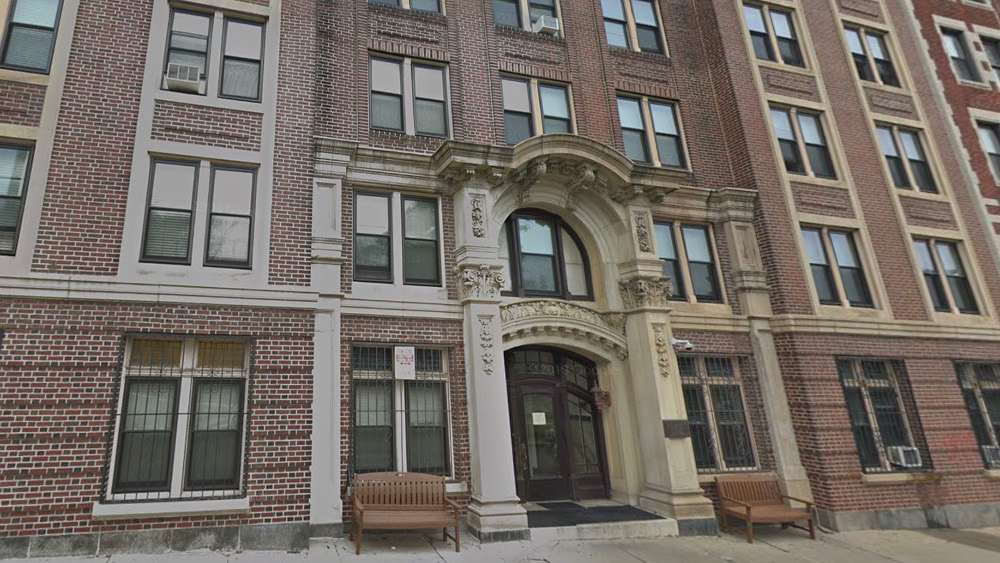