Ben Kwabena Sintim is a hospital administrator of the largest Catholic hospital in the Obuasi diocese. But some days he wishes he could be a businessman as well.

Sintim oversees St. Michael's Catholic Hospital in Pramso, which treats more than 15,000 outpatients a week. The 300-staff hospital has made a name for itself in the region, housing state-of-the art laboratories, X-ray facilities, dental and eye clinics, and the busiest maternity ward in the city.

But the hospital is struggling financially due to a delay in payments from Ghana's National Health Insurance Scheme, which is more than eight months behind, forcing the hospital to temporarily freeze staff salaries.

"The success is in the fact that we're able to register clients, and they have the card so they can access health care," said Sintim. He estimates that 96 percent of their patients have national insurance and do not pay out of pocket for health care. The hospital has made an effort to help people sign up on the premises, which is why the percentage of patients using health care is nearly triple the national average.

In 2013, independent health care analysis Global Health Check estimated that just 35 percent of Ghanaians were actively using the national health care scheme. The rest of the population paid out of pocket, in a "cash-and-carry" system.

The number of insured has steadily increased and, by 2015, 40 percent of the population had insurance, said Selorm Adonoo, the deputy director of communications for Ghana's National Health Insurance Authority. The 11.2 million members can access health care at 4,000 clinics and hospitals throughout the country that accept the insurance program, he added. About 30,500 people enroll each day at the government offices or health service providers like St. Michael's.

But now the hospital is "financially handicapped" by the increasingly late payments from the insurance authority, which handles the payments to providers, Simtim said.

"At the beginning, there was a two-month grace period before the government could pay," Sintim added. "But then it went to three months, then four months, now we're at eight months. We're afraid it will soon come up to one year."

This lack of cash flow has affected the hospital in myriad ways. When they purchase medications on credit, they ultimately will owe the market price at the time of payment, later, often a greater cost as drug prices tend to fluctuate upward.

The hospital's ambulances are all broken down, and there is not money to fix them, restricting the staff's ability to help transport people from rural areas. The ambulances were also a source of income for the hospital.

So now, Sintim is turning to business models. The hospital recently inaugurated the Johannes Dirk Vervoorn Special Ward, a private maternity ward where expectant mothers can pay a nightly fee to stay if they need a place to rest during their pregnancy. The special ward is aimed at women who are not sick enough to be admitted to the hospital but still want medical supervision. The special ward costs 50 Ghanaian cedis (U.S.$13) per night, about the cost of a mid-range hotel, and is staffed by nurses. Approximately 20 women per night pay to stay in the ward, which is named after the Dutch doctor who founded the hospital in 1956.

Sintim would also like to open a nursery school, for children of staff and patients, as another profit-generating endeavor, but the hospital has no extra cash to build an extension now.

"The insurance is a serious issue for health care," said Sr. Mary Owusu Frimpong, a St. Louis Sister who is the health director for the diocese of Obuasi. "Sustainability is an issue. With no money, we can't buy drugs or equipment, or cover administration costs."

The biggest worry is the pay freeze for staff and how that will affect the hospital.

"If it takes too long [to get reimbursed], the staff becomes agitated," Frimpong said. "The big issue is we have to keep on talking, appealing to the conscience of the government, so we can run this institution. Two years ago, the institutions went on strike because the government wasn't paying the insurance. So we stopped taking insurance. Our numbers plummeted. We still haven't recovered financially from that period."

Ghana's National Health Insurance Scheme was supposed to be the pride of West Africa. It was a campaign promise from former president John Kufuor, who won the presidency in 2000 with the promise of stopping the cash-and-carry system of health care. Under this system, patients had to pay for care at every point of service delivery. People died after being denied services because they could not pay.

It has been hailed as a model for other countries in Africa, and the United Nations and the World Health Organization honored the National Health Insurance Scheme in 2010, "in recognition for improving financial access to healthcare services." The citation also specifically congratulated Ghana for assisting other developing nations with creating their own health insurance schemes.

But complaints have dogged the insurance program since it began in 2003. Residents using the insurance complain of long lines to enroll, longer wait times for care compared with paying patients, and receiving subpar generic medicines.

However, an article in the Ghana Medical Journal noted that despite the challenges, the NHIS has resulted in an overall increase in outpatient visits, which could mean that people are coming in for medical help earlier, rather than waiting until they are seriously ill. Additionally, the insurance scheme seems to be helping pregnant women. "Women enrolled in the NHIS are more likely to receive prenatal care, give birth in a hospital, and have skilled attendants present at birth," the authors wrote.

"Anything that affects quality is of concern to the NHIA," Adonoo said in regard to the struggling hospitals. He added that, on March 1, the scheme began a "comprehensive review" that will reexamine funding sources and operational systems in hopes of improving the payment situation, and that already some improvements have been implemented.

But in the meantime, the courtyard at St. Michael's hospital is filled with patients carrying their insurance cards, as the accounting office dutifully files their information and struggles to pay the bills.

"Hospitals should be able to run commercial enterprises to plow money back into the system," said Sintim. While there's no prohibition against non-profit hospitals running new enterprises, St. Michael's has no money to pay their staff, much less enough start-up cash to kick-start another commercial venture. It will still be some time before they can recoup all the costs from the private maternity ward.

"Now it's hard to break even to sustain the system," Sintim said. 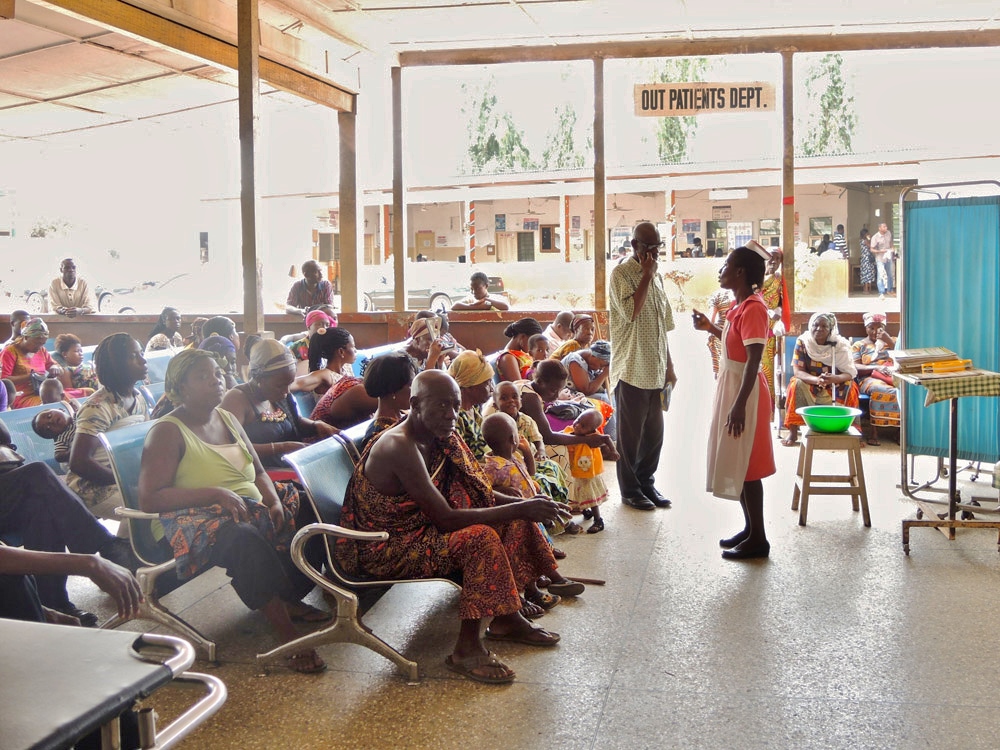 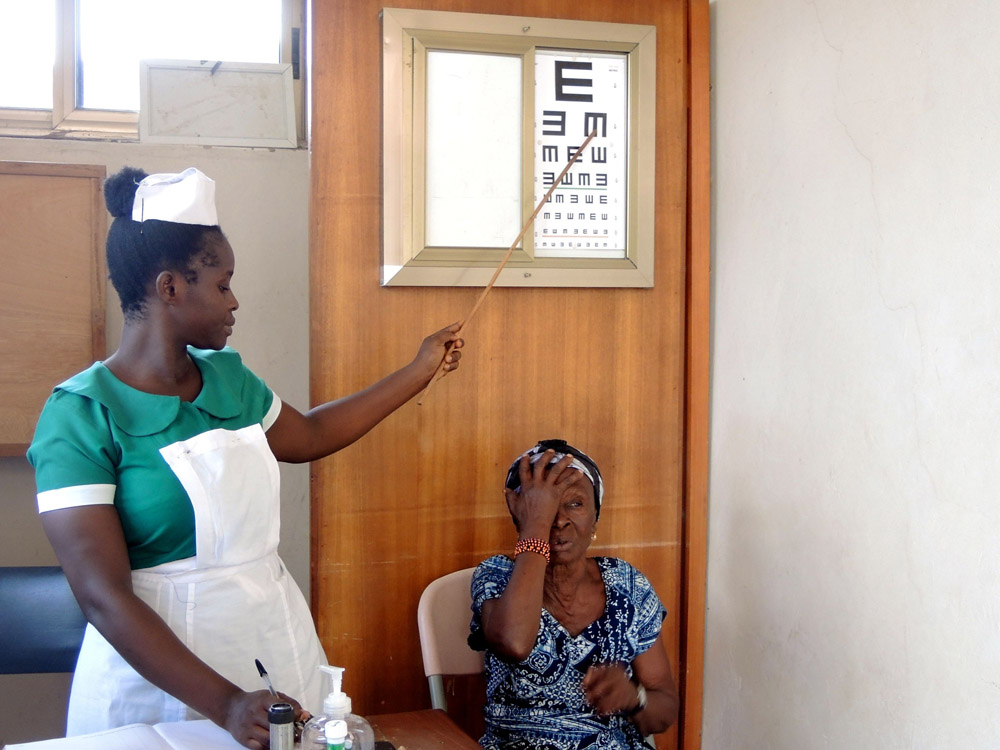 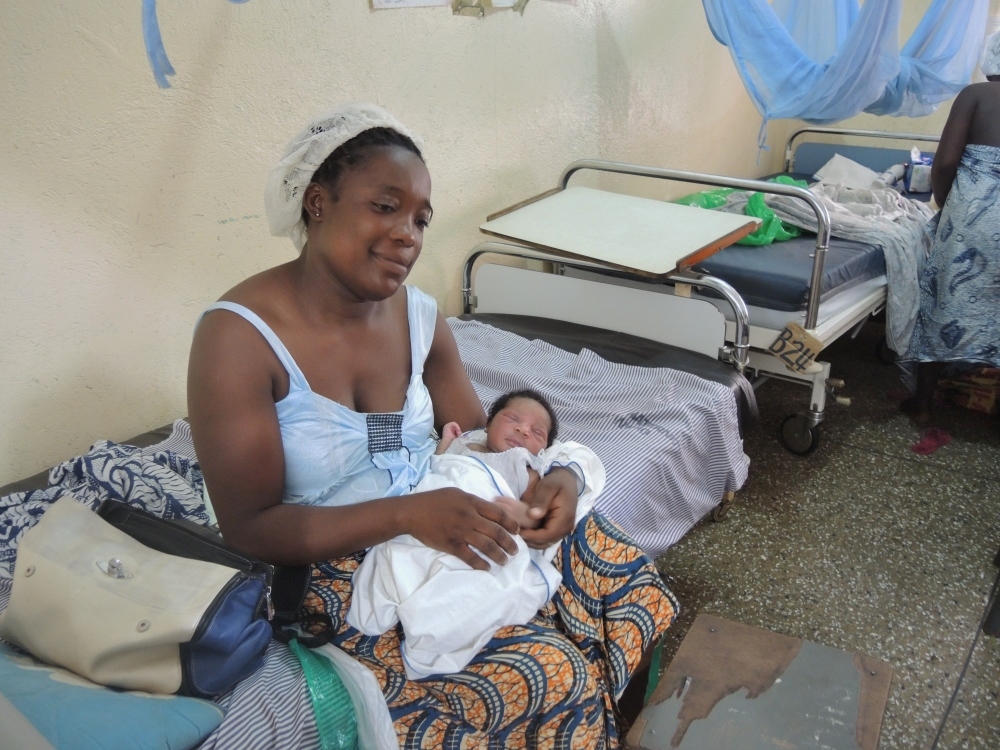 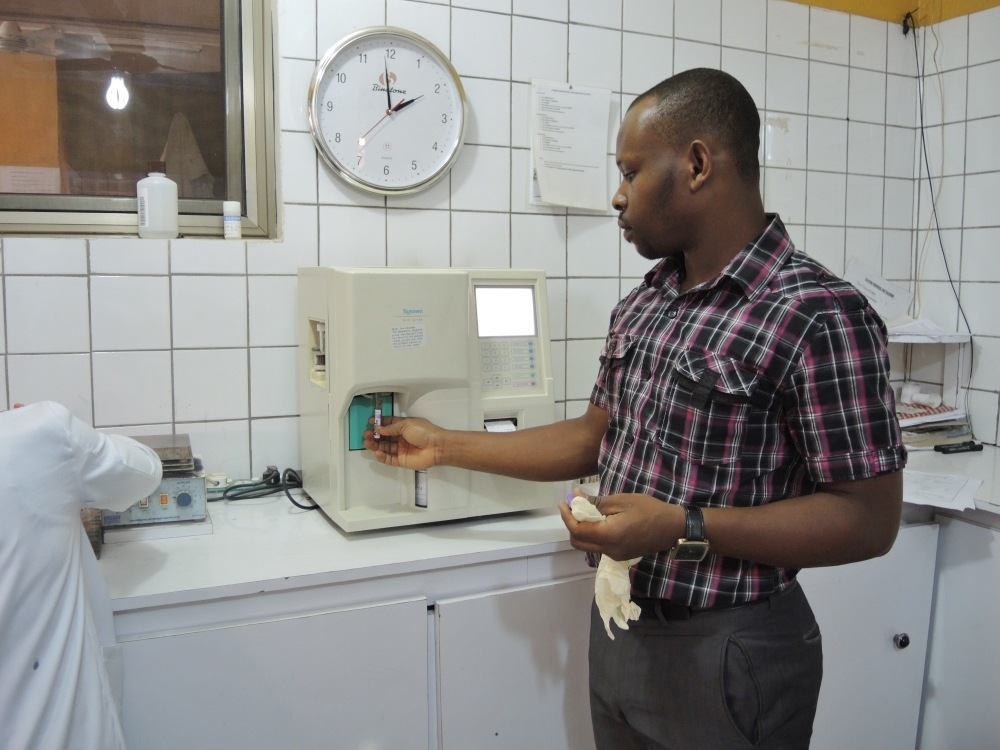 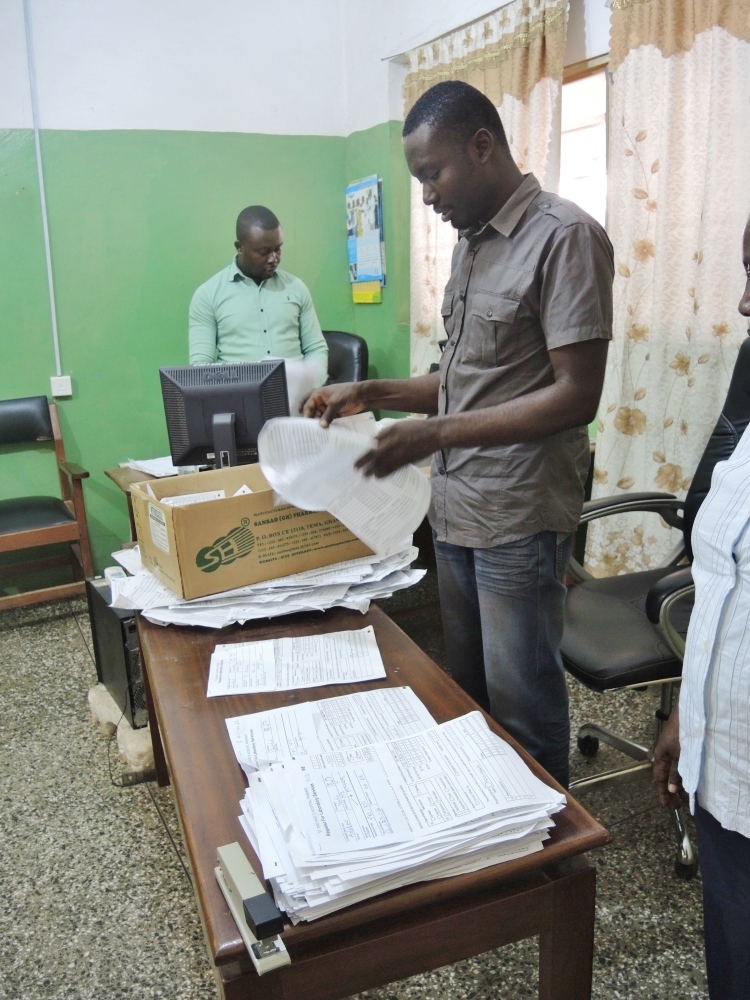 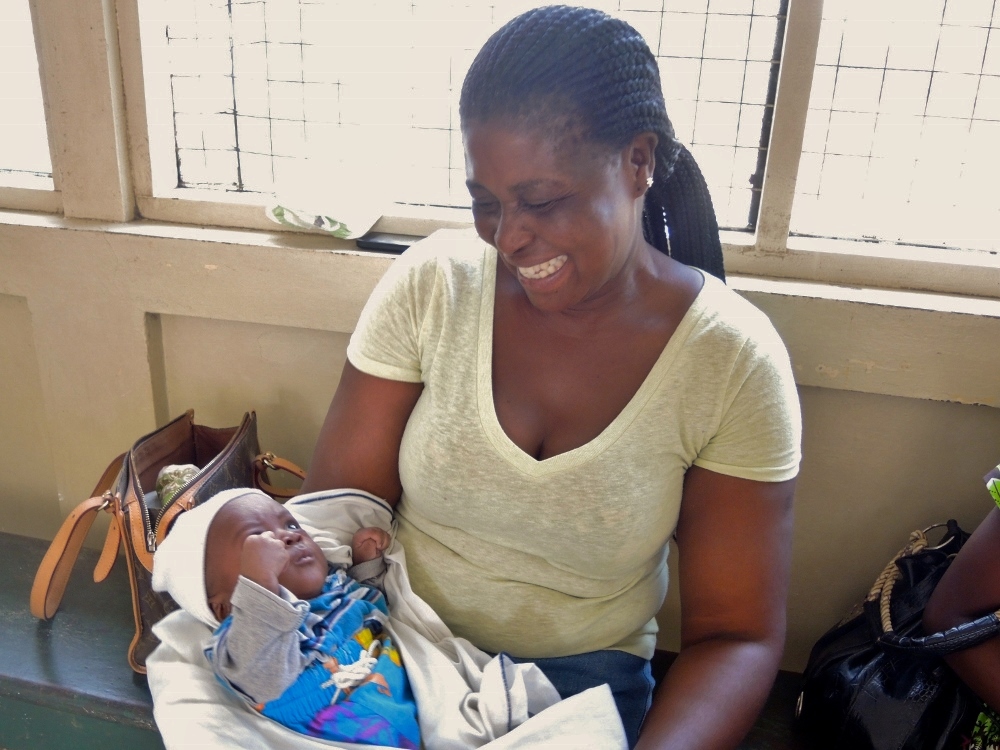