In the high-stakes negotiations about nuclear arms on the Korean Peninsula, men are dominating the headlines.

President Donald Trump, Secretary of State Mike Pompeo, North Korea leader Kim Jong Un and South Korea President Moon Jae-in are garnering the lion's share of attention. Behind the scenes, men are also dominating the planning for the June 12 summit in Singapore between the United States and North Korea.

What if women had a more prominent role or were driving the negotiations?

The current United States ambassador to the United Nations, Nikki Haley, is a woman, and two women — Susan Rice and Samantha Power — preceded her as permanent U.S. representatives to the world body. Three women have served as U.S. secretary of state, and increasing numbers of women are heads of state — more than two dozen right now, including the leaders of Germany, Great Britain and Bangladesh.

But what if more women were in charge of the foreign policies of their respective countries? What if a more expressly feminist approach influenced foreign relations?

Such an approach "means a sharper focus on conflict prevention and demilitarization and a strong emphasis on inclusive peace processes rather than power-sharing 'deals.' It seeks to address the imbalances that provoke war in the first place," said Liz Bernstein, executive director of the Nobel Women's Initiative.

The initiative is a Canada-based project that, according to its website, uses "the prestige of the Nobel Peace Prize and six courageous women peace laureates — Mairead Maguire, Rigoberta Menchú Tum, Jody Williams, Shirin Ebadi, Tawakkol Karman, and Leymah Gbowee — to magnify the power and visibility of women working in countries around the world for peace, justice and equality."

During the March meetings of the U.N.'s Commission on the Status of Women, Bernstein and other women envisioned what a world might look like if women held the reins of diplomacy and relations between nations.

Bernstein and other peace activists, speaking at a March 13 event sponsored by United Methodist Women that focused on women's peace initiatives on the Korean Peninsula and other locales, argued for the need to steer foreign policy in new directions.

Bernstein is fond of quoting scholar Valerie Hudson, who has said, "Feminism ... as the recognition of the full humanity and full equality of both men and women, is peace work."

Catholic sisters who represent their congregations at the United Nations say the word "feminist" needs to be used carefully.

"I'm not for the domination of one gender over another. Ultimately, it's about drawing out the gifts of both genders that best promotes the common good," Sr. Margaret O'Dwyer, one of two representatives of the Company of the Daughters of Charity at the United Nations told GSR.

But the sisters agreed that equality of men and women in developing more balanced foreign policies would be welcome.

"There has been a significant imbalance in terms of political leadership, and one can still see that global issues such as violence against women, equal pay for equal work, recognizing unpaid care work, ending child marriage, the experience of women and girls who are migrating, ensuring that all girls have access to health care and education, access of widows to land rights, and more need far greater attention," O'Dwyer said.

"Because they would have more experience with these issues, women leaders would bring them to the fore and likely devote more attention and resources in addressing them. So we need much greater equilibrium in leadership. And we have a ways to go."

In addition to Bernstein and O'Dwyer, GSR spoke to a number of Catholic sisters with experience at the United Nations about the values women would bring to the formation of foreign policy and what a foreign policy developed by women might look like. Their comments have been edited.

Bernstein: A feminist foreign policy in the U.S. today would mean disengaging on arms deals with Saudi Arabia and Israel, for instance, because of the consequences these have on the human security of civilians — most of whom are women and children — in Yemen and Palestine.

In Canada, it would mean supporting women peace-builders in the Korean Peninsula, Syria or the Democratic Republic of Congo, who not only possess the most comprehensive analysis of their communities but also offer and practice concrete nonmilitary alternatives for peace.

More broadly, a feminist foreign policy requires more coherence between development, economic and security policies. It also means connecting the dots between gender inequalities and conflict globally and investing in women's grassroots movements that are at the forefront of advancing women's rights in their own countries. Overall, a feminist foreign policy means a more equitable and thus more peaceful approach to world politics.

I do tend to think that if there were a greater number of female leaders, we might have less war. I do think women tend to be more relational and engaged in dialogue, consensus-building, and finding commonalities. I don't think women would be immune to the pressures of war, but there is a chance there would be greater room for dialogue. I think that women who have given birth to, bathed, fed, hugged, taught, rejoiced and cried with, and raised children would be far less likely to send their child or another person's off to war.

Maryknoll Sr. Jean Fallon, a longtime peace activist and former associate of the Maryknoll Office for Global Concerns: Wars are crafted to happen. Wars are worked on for years. During the administration of George H.W. Bush, war started in the Middle East, but there were some in his administration who said we would have to consider one war after another [to protect American interests]. A woman would think, "An endless war? We can't do that." That's because the people who suffer the most in wars are women and children, and, by the way, it's horrific to think that institutions and arms-makers make money off of that.

Now, there have been women, like [the late U.S. ambassador to the U.N.] Jeane Kirkpatrick, who were not peacemakers. We can't generalize about all women. But I do think most women are genetically wired to seek justice and peace because war is such a trauma. Women are wired to think of people and think how the actions of the state will affect people, will affect children.

Sr. Carol De Angelo, director of the Office of Peace, Justice and Integrity of Creation of the Sisters of Charity of New York: When you talk about things globally, you have to begin in the experience of women in their particular countries and cultures. How do we raise the voices of the women where decisions are being made for and about them? They don't have a voice. But it is important to seek that voice. I know from all of my years working together with different groups that you need to create a setting where people can be heard. It's not easy. It takes time. It's not quick.

Beyond that, the values of the United Nations' 2030 Agenda are values worth affirming in any setting, including foreign policy: mutuality, inclusivity, respect and dignity. These are the values of today.

Sr. Janet Kinney, a member of the Sisters of St. Joseph of Brentwood, New York, and the executive director of the Partnership for Global Justice, a U.N.-based advocacy group: For women religious, inclusivity, collaboration, listening to all spectrums and having all sides at the table are important. Amid all of the polarizations we're facing, how do we find commonalities between ourselves and others? That's where you begin to find solutions to shared problems. It's about commonalities. Any foreign policy that is any good should be about promoting peace and security. And in whatever context, including foreign policy, the key is not to demonize people. That gets to justice and fairness.

Maryknoll Sr. Marvie Misolas, representative of the Maryknoll Office for Global Concerns at the U.N.: Inclusivity means hearing all sides. That's a starting point. What women religious and civil society bring is a moral consciousness. We're not advocating for ourselves, but for the common good. More broadly, women care for life, and women in their struggles know what it means not to be included. Out of that awareness, we must include everyone for a flourishing of life. A feminist way of doing foreign policy would ask: How will this actually improve the lives of two-thirds of the world that does not have basic services? 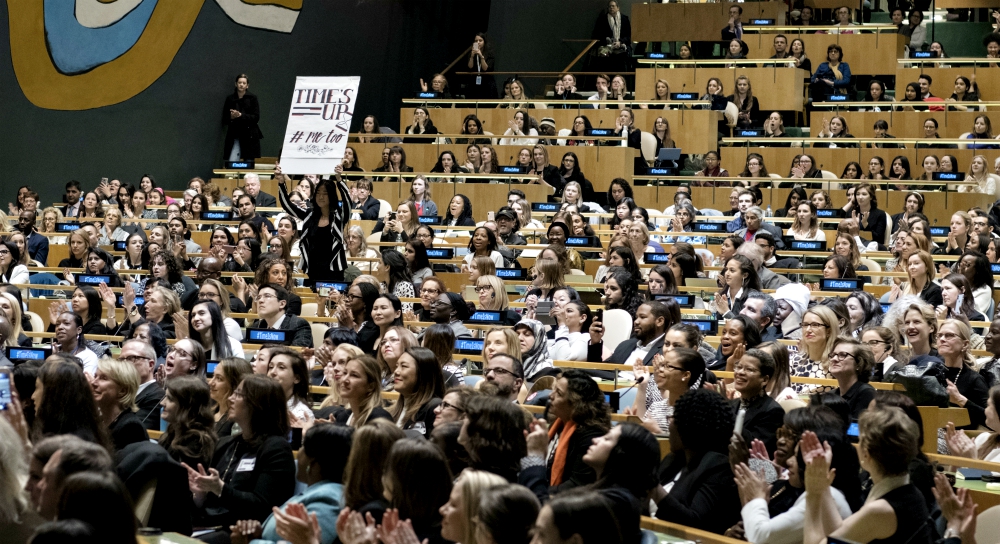 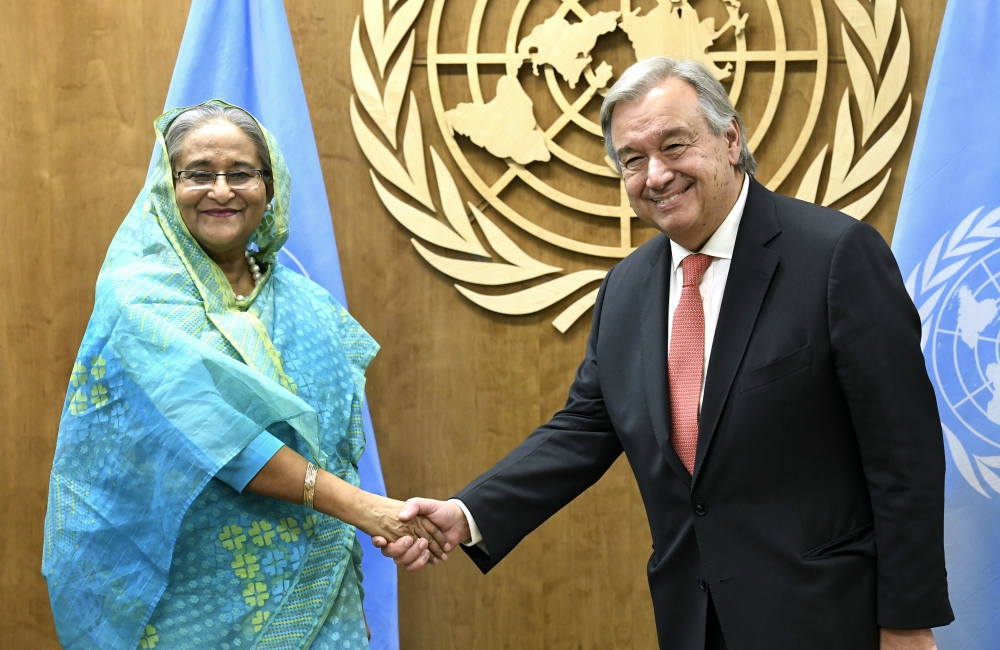 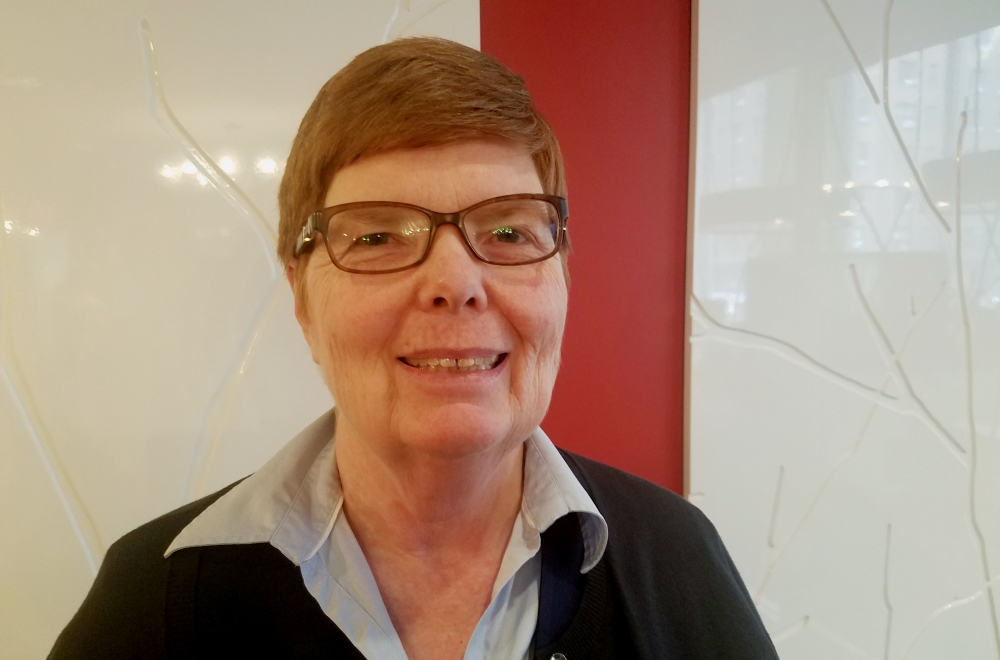 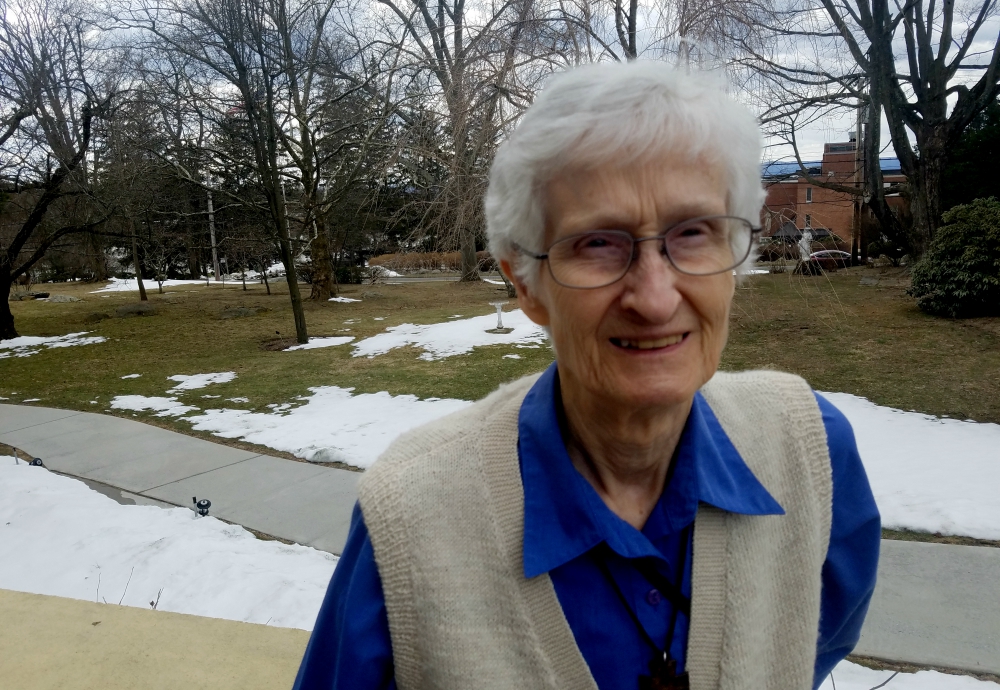 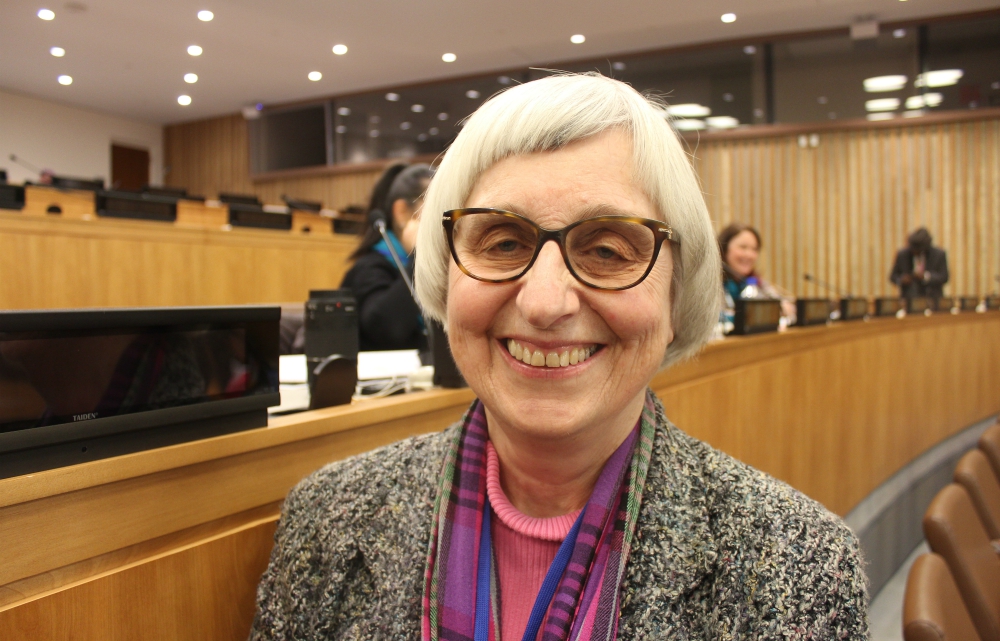 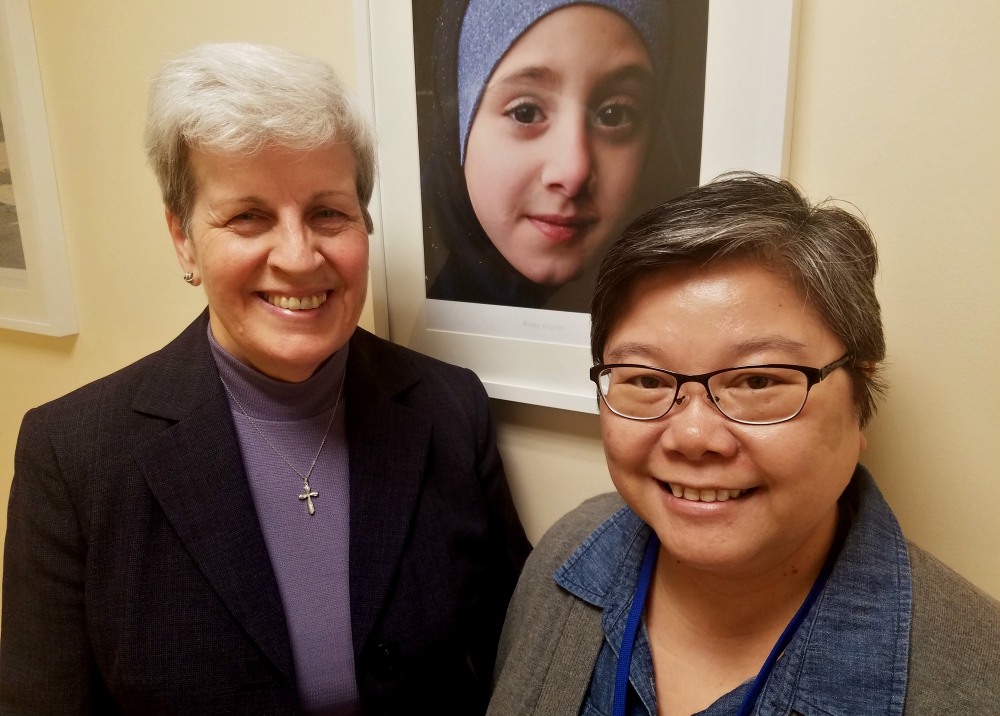