Weeks after Pope Francis' open admission of the issue of clergy abuse of nuns, reaction to his remarks remains muted among Catholics in India, where a progressive group of religious had raised the problem three years ago.

They urge the pope not to stop with identifying the problem but to act firmly against abusers, especially in India, where a bishop has been accused of rape by a former superior general of a diocesan congregation.

"Pope Francis gives some hope, but nothing is percolating down," lamented Holy Spirit Sr. Julie George, one of the 75 signatories of a "letter of concern" the Forum of Religious for Justice and Peace sent to all bishops and major superiors in India in February 2016.

The letter brought to light for the first time in India the prevalence of sexual violence against religious women by priests. It bemoaned that the problem went unaddressed, allowing its perpetrators to go unpunished. "This cannot be tolerated anymore," asserted the forum, which said it was forced to write the letter as its analysis of current challenges to religious life revealed issues that needed urgent attention by church leaders.

However, the letter seems to have had little impact in the past three years. The forum and other groups such as Save Our Sisters Action Council allege that Indian church leaders have ignored the nun's complaints against Bishop Franco Mulakkal of Jalandhar.

George, a lawyer, accuses the Indian bishops of ignoring the pope's call to show compassion to the victims of clergy abuse. "Instead, they side with the accused and even try to silence every voice of dissent against them," she told Global Sisters Report.

The church leaders threaten those supporting the alleged rape victim with defamation suits and other tactics, George alleged, referring to a move by the Syro-Malabar Church mid-February to sue the officials of the Save Our Sisters Action Council who had organized a sit-in last September demanding Mulakkal's arrest. Mulakkal has denied the accusations.

Earlier in January, the same Oriental church's Synod of Bishops issued a circular for its more than 5 million members, condemning priests and nuns who had taken to the street demanding justice for the alleged rape victim.

George said such action can come only from a mindset that considers bishops as princes of the church.

She also asserted that the Indian church leaders' reluctance to address clergy abuse of nuns could be tackled only if Francis followed up his confession with punitive actions against the abusers.

Virginia Saldanha, a laywoman theologian, agrees. She wants the Vatican to "lay down concrete rules and regulations" to deal with sex abuse cases in the church. She regrets that the Indian bishops have kept under wraps their own guidelines to deal with clerical abuse.

Only those involved in its preparation know its content, she said, adding that the church has done little to address the issue seriously.

However, she said the pope's comments have helped change the perception of those who consider priests and bishops as holy people who can do no wrong.

Referring to the nun rape case, Saldanha said many people still refuse to believe the bishop had raped the sister. People often ask her how a bishop could rape.

The pope "has got to do more and we are waiting. Mere talk does not help," Saldanha told GSR.

Sr. Clara Animottil, who works among street children living on railway platforms in central India, finds the church in India "totally biased against nuns" while dealing with clergy sex abuse.

"If a nun gets pregnant, she is forced to leave the congregation, but the priest is shifted to some other place where he leads a comfortable life," Animottil, a member of St. Joseph of Chambery congregation, told GSR.

Such actions by church authorities, she said, give the impression that the abuser priest has "a silent license" to do whatever he wants.

Sr. Lizy Thomas, another Holy Spirit nun who manages a nongovernmental organization in the central Indian town of Bhopal, says the abuse victims are not heard or given solidarity within the Indian church.

"Instead of verifying the case with the accused and victim, the church leaders support and protect the accused," she told GSR, referring to prelates who had visited Mulakkal in jail, but never bothered to meet the victim who stayed just 15 kilometers (some 10 miles) away.

'They will speak up'

Thomas agrees the nun rape case has tarnished the church's image in India, but on a positive side, it has taught the clergy that they can no longer take nuns for granted. "They will speak up," she pointed out.

She finds a November statement from the International Union of Superiors General, which urged women religious who have been abused to report it, "a big boost" for nuns, women and children in India to "get away from the culture of silence" that forces the victims of clergy abuse to suffer quietly.

One such emboldened person is Sr. Anupama Kelamangalathuveli, the spokesperson of five nuns who had joined the sit-in for Mulakkal's arrest. She welcomes Francis' confession with reservations, because they had found no support to their fight for justice from the church, including from the Vatican. She wonders if the pope's admission will remain "mere lip service."

"I am sure the pope is well-aware of the sensitive [Mulakkal] case. Instead of punishing the bishop for his crime, we are being persecuted," she told GSR.

Kelamangalathuveli and her four companions have been accused by their superiors of disobedience and flouting convent rules. Four of them had left their convents in different parts of India to stay with the alleged rape victim in Kuravilangad, a town in Kerala, southern India. The superiors have ordered them to return to their assigned convents, but they have refused.

Even nuns of other congregations who supported the rape victim faced troubles from their superiors.

The police in Kerala on Feb. 19 registered a case against four nuns, including a provincial, of the Franciscan Clarist Congregation after a nun complained that the four illegally confined and tortured her for speaking about Mulakkal to investigators without her superiors' knowledge. A court allowed Sr. Lissy Vadakkel to stay in the convent in Kerala, blocking her congregation's move to shift her to another state.

The same congregation also threatened to dismiss another nun, Sr. Lucy Kalappura, who not only joined the sit-in for Mulakkal's arrest, but appeared on TV demanding justice for such victims.

Meanwhile, the Congregation of Mother of Carmel, another Kerala-based order, acted swiftly and directed its members not to cooperate with or react to the protest against Mulakkal.

Even priest supporters of the alleged rape victim have faced problems from their dioceses or congregations.

Fr. Augustine Vattoly of Ernakulam-Angamaly Archdiocese had to step down as the convener of the Save Our Sisters Action Council under pressure from his bishop.

A Capuchin priest was asked not to write or discuss the Mulakkal case. A senior Jesuit priest, who wants to be anonymous, said that although he sympathized with the victim nun and her supporters, he could not openly side with her, fearing the bishops' wrath.

'Expose the rogues in public'

Vattoly says the clergy abuse of nuns has rattled the church for a long time. "It is really surprising that the pope has admitted it openly. His processors swept it under the carpet safely and even issued orders to conceal it," he told GSR.

The activist priest wants the entire church to adopt the pope's stand on abuse. He disagrees with church leaders who fear such open admission would damage the church's name.

"This is not true. Unless we expose the rogues in public, the menace of abuse will continue. Their public shaming is one of the best and effective ways to end the exploitation of women and children," he said.

Vattoly sees the pope's admission as "a new beginning" for the church. "It increases the credibility of the church and her leadership, especially among the youth who believe in truth and transparency," he added.

If the church fails to grab this opportunity but continues to conceal its failures, "the day is not far when the youth and others leave it," he warned.

Felix Pulloodan, a layman who took over from Vattoly as the Save Our Sisters convener, regrets the Kerala church's reluctance to admit clergy abuse even after courts convicted and punished several priests.

"Unless the church in Kerala rises to the level of the pope, its survival is in danger," he told GSR.

Fr. Paul Thelakat, chief editor of Sathyadeepam (Light of Truth), a church weekly, agrees with the pope that the recent scandals are God's plan to cleanse the church.

"I am not afraid of this vulnerability bringing shame to our honor and respect. Look at the Bible. It tells stories of sin and salvation. Every scandal is converted to instance of God's grace," Thelakat told GSR.

The Indian church officials seemed guarded in their reaction to the pope's comments.

"The pope has clarified what he wanted to say. Whatever the pope has said is the final word. We don't want to make further interpretations to what the pope has said," Ranchi Auxiliary Bishop Theodore Mascarenhas, secretary general of the Catholic Bishops' Conference of India, told GSR.

Archbishop Leo Cornelio of Bhopal said the pope has reaffirmed that the Catholic Church is an institution with transparency and responsibility.

The prelate blamed the media for sensationalizing the pope's comments. He said the media coverage has cast aspersions on the clergy at large. It has given "a negative impression about Catholic clergy among people of other religions," he added.

"The way the media presented the reaction of the pope sounds as if he had made a categorical statement. What I understand is that the pope, with his humility, has only accepted the 'exceptional aberrations' in the global church. He is trying to overcome such hurdles within the institution," Cornelio said. 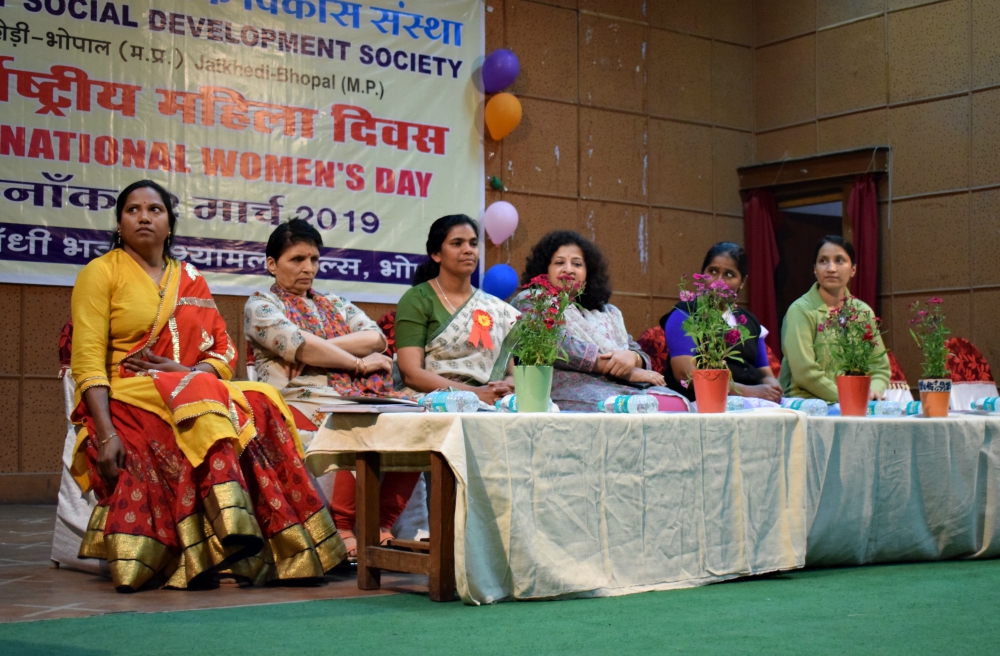 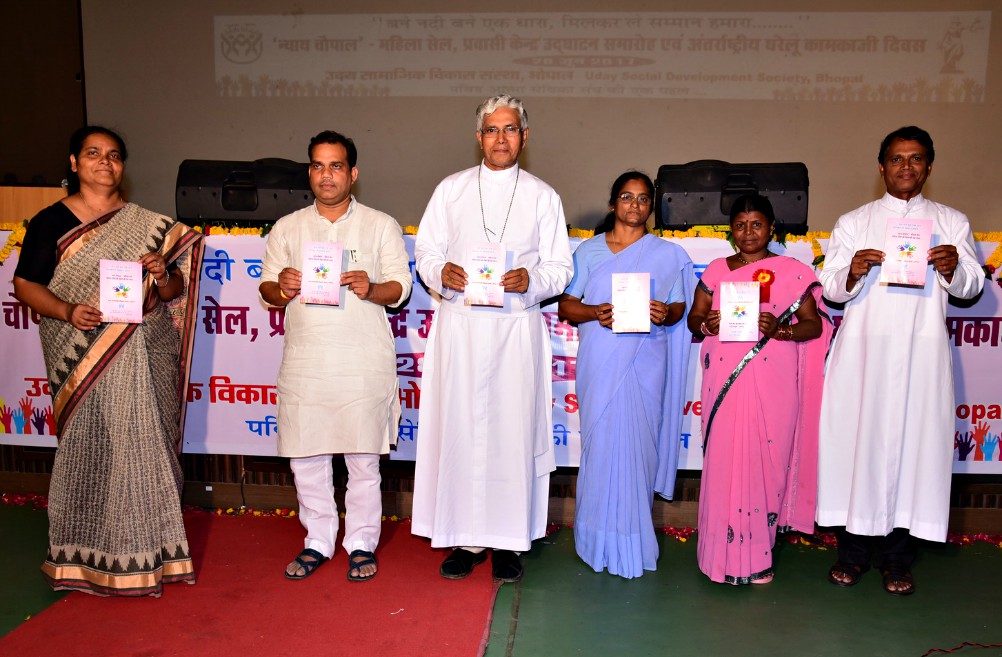 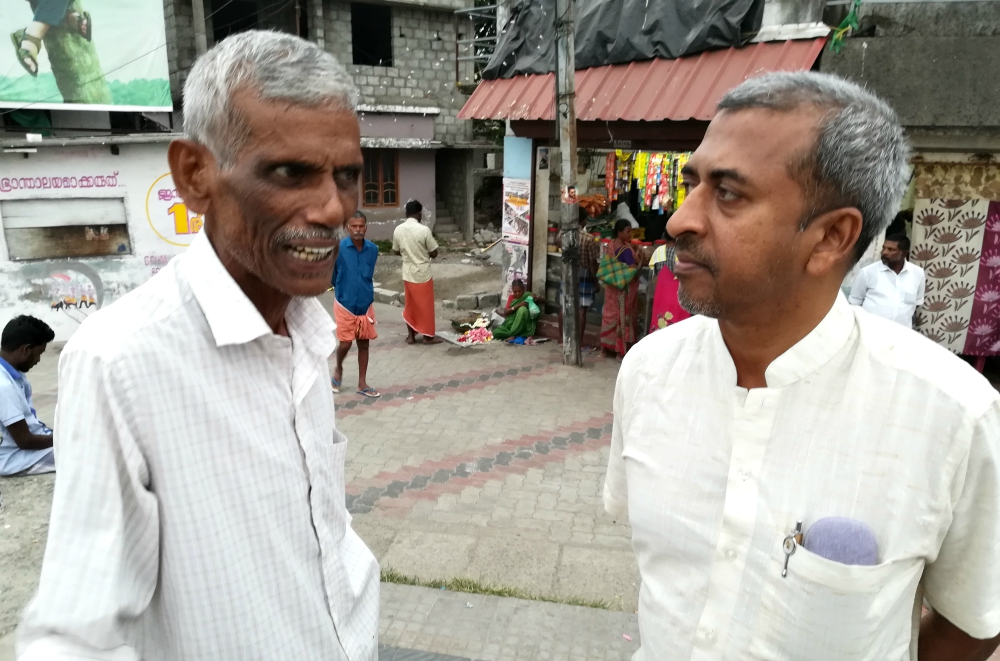