Five Catholic nuns in the southern Indian state of Kerala are holding an indefinite sit-in demanding the arrest of a bishop accused of repeatedly raping another sister.

"We are literally forced to launch this public protest after the church leadership in India and the Vatican ignored our demand for justice," Sister Josephine, one of the protesting nuns, told Global Sisters Report on Sept. 11, the fourth day of their sit-in at a busy intersection near the Kerala High Court in Kochi, the state's commercial hub.

The sisters are members of the Missionaries of Jesus, a diocesan congregation based in Jalandhar, a northern Indian diocese. The accuser, whose name cannot be revealed under Indian law, is not among those protesting under the banner of Joint Christian Council, a laity movement.

The sister said Bishop Franco Mulakkal of Jalandhar, the congregation's patron, sexually abused her 13 times at a Kerala convent between 2014 and 2016. She reported the assault to Kerala police June 28.

The bishop has denied the charges, calling them "concocted" and said the nun holds a vendetta against him after he had initiated disciplinary action against her. In interviews with Indian television channels on Sept. 10, Mulakkal, 54, said he had advised the present superior of the Missionaries of Jesus to act on a complaint from a married woman who said the nun was having an affair with her husband.

Mulakkal says the allegation against him is "pressure tactics" sponsored by anti-church groups.

However, hundreds of people have supported the protesting nuns. Among them are Jose Joseph, 85, a lawyer, and Stephen Mathew, 48, a farmer, who began an indefinite hunger strike alongside the nuns' sit-in, starting on the first day of the protest.

Joseph was hospitalized on the third day after he developed health problems. He was later moved to his home.

Mathew, who continues the hunger strike, told GSR he would not stop until Mulakkal is arrested.

Sitting near him at the protest site Sept. 10 was Sister Josephine, who left her teaching job in Bihar, eastern India, to come to Kerala to support her sister.

Sister Josephine said that in June 2017 the sister accusing Mulakkal of rape had complained to the apostolic nuncio to India, Archbishop Giambattista Diquattro, but got no response. She also said her sister wrote to the Vatican three times.

"We have confirmation that the letters had reached the Holy See," Sister Josephine said. "What disturbs us the most is the total silence of the Vatican and its representative in India. This shows that the church leaders are with the oppressor, not the oppressed."

She also said the bishop and his "coterie of priests always have tried to pressure us to withdraw the case. When we refused, they filed false cases against us and our family members."

Sister Josephine said after the sister reported harassment from Mulakkal in 2014 to her superiors, Mulakkal sought retribution through their Missionaries of Jesus superiors.

The superiors then "did not give her proper posting and blocked her basic needs, including medicines, to force her leave the congregation," Sister Josephine said. "She wanted to quit the congregation, but we prevailed upon her to fight her case within the church."

Sister Josephine said she and her sisters did not want to stage a public protest.

"We would not have done this if the hierarchy had acted against the bishop," she said.

Sr. Alphy Anthony, who was at the sit-in Sept. 10, questioned the hierarchy's inaction.

"Are we not part of the church?" she asked.

She also bemoaned the Kerala government's delay in arresting the bishop two months after the sister reported the assault to the police.

The Kerala police team investigating the case had interrogated Mulakkal on Aug. 14 at Jalandhar but did not arrest him, saying there were contradictions in the statements of the bishop and his accuser over the first incident of rape.

Mulakkal told police he was not present at the convent when the nun says he first raped her. Police found that claim to be false. Mulakkal then said he visited the convent during the day but stayed the night elsewhere.

On Sept. 13, the Kerala Catholic Bishops' Council, the regional body of bishops of three Catholic rites in Kerala, accused anti-church groups of using the nuns and the media to tarnish the Catholic Church and bishops. It asked the police to complete the investigation without further delay.

On the same day, Kerala police ordered Mulakkal to come to Kerala on Sept. 19 for further questioning.

Each day, the nuns come to the strike venue around 9 a.m. from their convent in Kuravilangad, a predominantly Catholic village in Palai diocese, some 50 km (31 miles) southeast of Kochi. They return to their convent at 5 p.m. to spend the night with the sister who has accused the bishop of rape. One sister stays back at the convent to be with the sister during the day.

The Missionaries of Jesus superiors have condemned the protest and set up a commission to look into the financial source of the protesters and to monitor visitors to their convent in Kuravilangad.

A Sept. 10 letter from their superior general, Sr. Regina Kadamthottu, and her three councilors said the protestors are tarnishing the image of the congregation as well as the church by "crucifying an innocent bishop."

The protesters have rejected the allegation that they are acting under outside influence.

"Our superiors are under the influence of the bishop, and they speak his language," Sister Neena Rose, another protesting Missionary of Jesus, told GSR. "I am convinced our senior colleague is telling the truth."

Sister Anupama, another protester, said Mulakkal had threatened her for supporting her sister.

"I became an irritant in the bishop's eyes after I complained to my superior about his torture. He even got a false case filed against me in Punjab," she told GSR.

Entrita Veliyaparampil, a social worker sitting with the protestors, said church leaders and the Kerala government has influenced the police.

"That is the reason the bishop has not been arrested," she told GSR.

Mani Parampett, a former Catholic priest at the protest venue, said the church leaders did not act on the survivor's complaint because they treat nuns as slaves.

Sr. Teena Jose, a 65-year-old lawyer and member of the Congregation of Mother of Carmel, said the hierarchy's silence and inaction has tarnished image of the church, priests and nuns.

K.M. Varghese, Sister Anupama's father, said his family is sad over the turn of events.

"We sent our daughter to become a nun, but now she sits on protest for justice. It is really painful," he told GSR.

Stanley Paulose, state general secretary of Joint Christian Council, said they will continue the strike until Mulakkal is arrested.

"More and more people are coming forward, sharing their solidarity with the nuns as days pass," he told GSR. 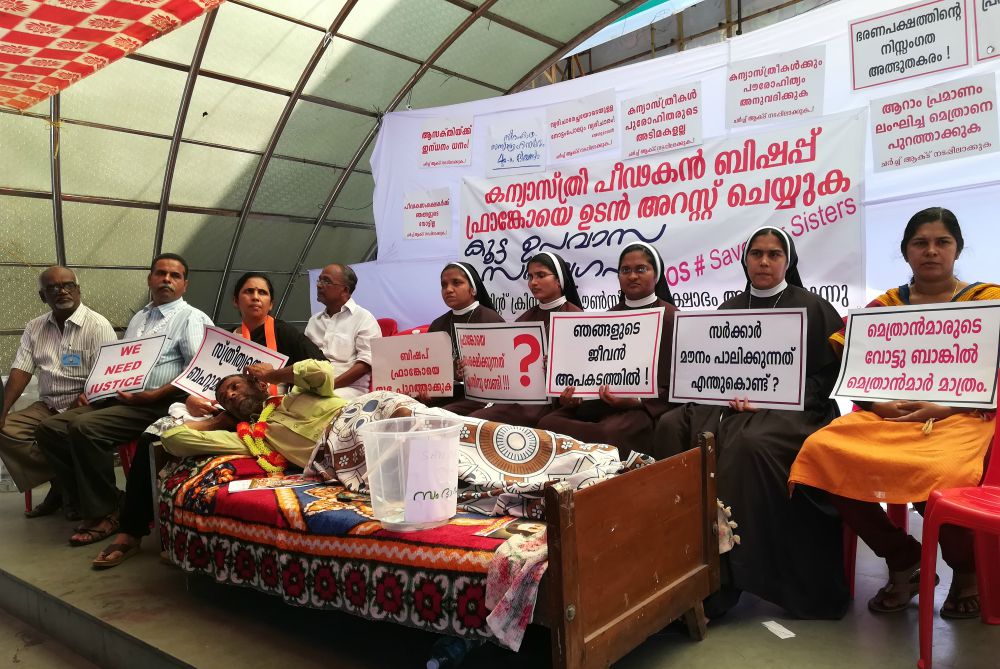 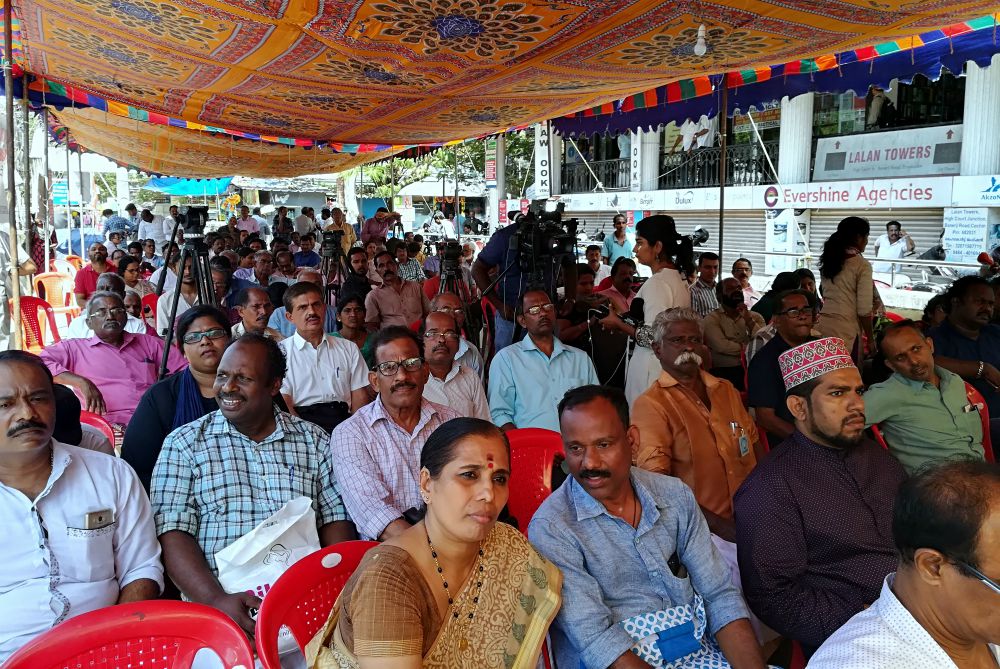